The length and scope of Scotland’s UNESCO Trail means there is always some fantastic event or natural spectacle taking place somewhere on the trail throughout the year.

Spanning the length and breath of the country, from the southern lowlands to some of the UK’s farthest flung islands, it’s one of the most rewarding ways to discover Scotland’s incredibly diverse and breath-taking landscapes, and cultural riches.

Here’s just a snapshot of some of the calendar highlights you can experience on Scotland’s UNESCO Trail, this year and the next.

The mountain ridge of Beinn Eighe in Torridon encapsulates the wild beauty for which Wester Ross Biosphere is renowned. Spectacular throughout the year, the rugged landscape forms a national nature reserve and is especially enchanting in autumn when it becomes swathed in hues of russet, gold, red and yellow – and a dream to photograph!

Against this stunning backdrop you can witness one of Scotland’s most dramatic natural sites, the start of the primal red deer rut. Watch as young stags battle it out for supremacy, the sound of clashing antlers and unmistakable roars reverberating across the peaks, hillsides, and islands of this timeless wilderness. 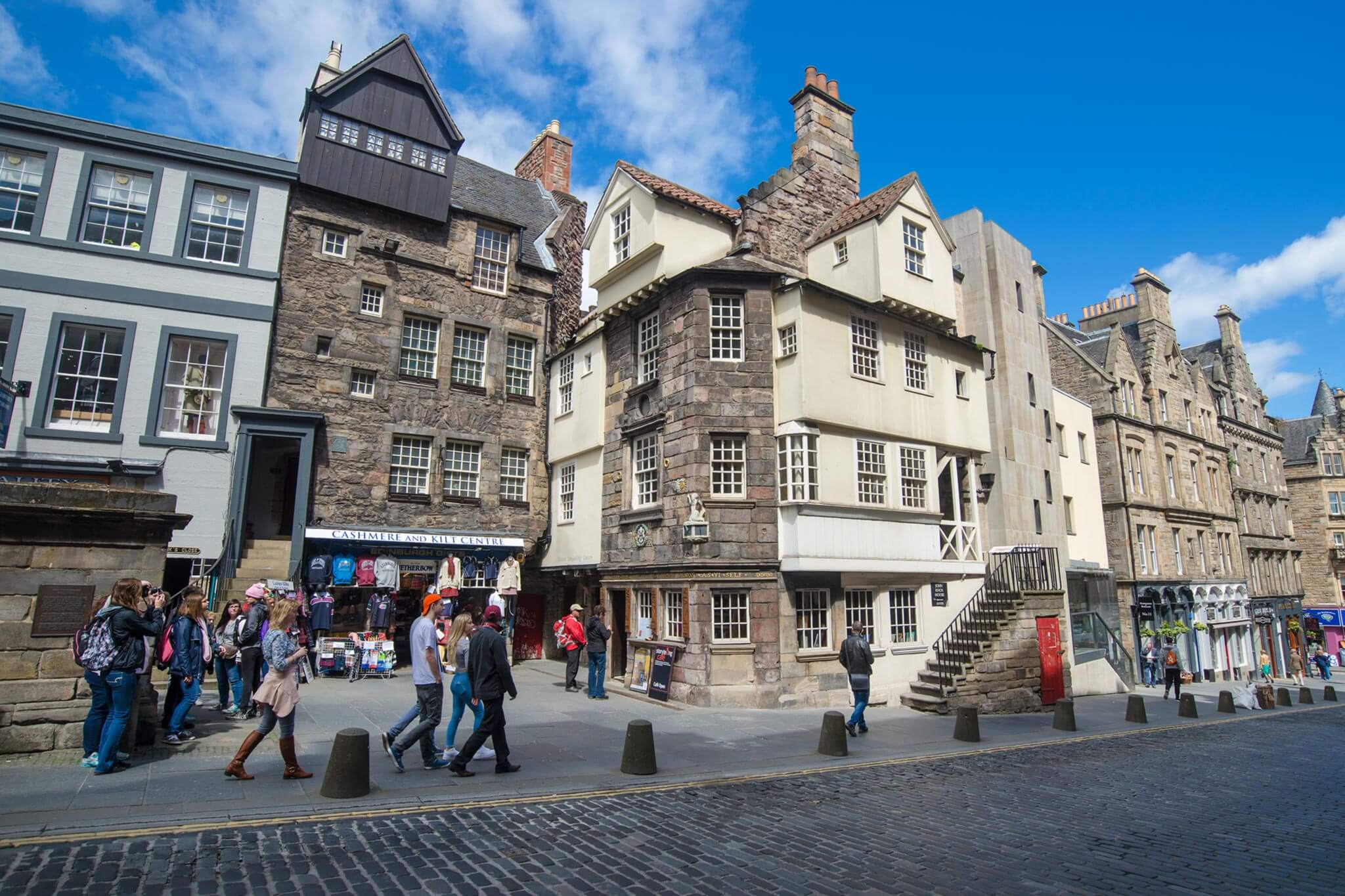 Where better to get set for Scotland’s Year of Stories in 2022 than at the Scottish International Storytelling Festival in Edinburgh, UNESCO City of Literature? Be part of this celebration of live storytelling and imagination which sees Scottish and international storytellers and musicians descend on the capital of Edinburgh, offering up live readings, performances, talks and children’s events at venues across the city.

This year’s festival is centred around the theme of ‘imagine’, inspired by our evolving environment and an emerging new world. 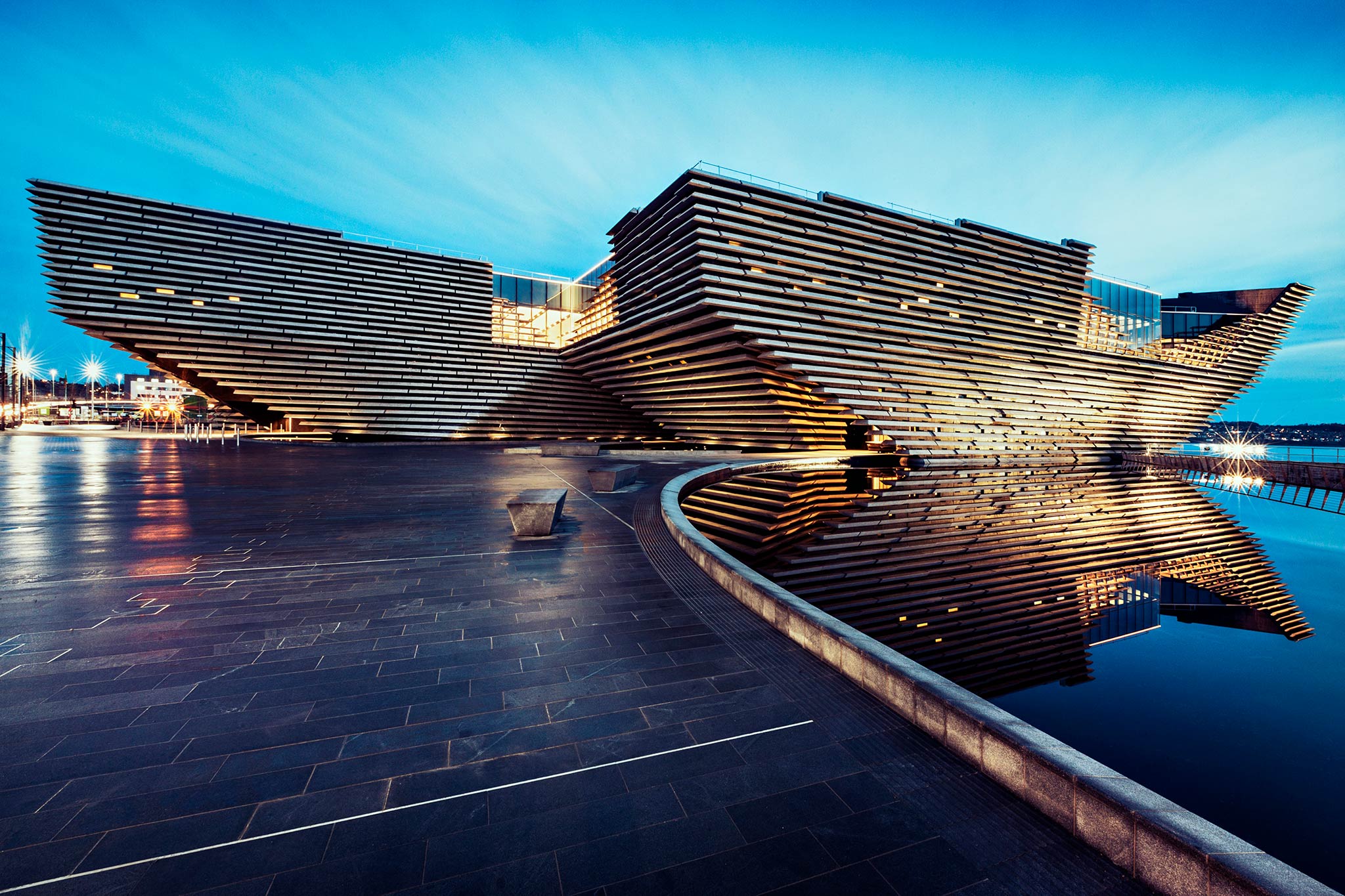 Delve into the remarkable 170-year story of this incredible material at the V&A Dundee this autumn. Asking the question, ‘How did we get here?’, the exhibition will chart plastic’s road to world domination, from its earliest origins as a new-fangled miracle material to a major pollutant, the disposal of which has become one of the world’s most pressing issues. Take a look at prototypes, new technologies, and cutting-edge materials as designers grapple with a material that has changed our lives. The exhibition will also feature examples of product design, graphics, architecture and fashion from the collections of the V&A and Vitra Design Museum, as well as items from international collections.

This is the first exhibition co-produced by V&A Dundee, the Vitra Design Museum and MAAT, with consultant curators from V&A South Kensington.

Few natural sites are more coveted than the shimmering phenomenon of the Aurora Borealis, the Northern Lights or ‘Mirrie Dancers’ as they are known in Shetland. While Scotland’s more northerly designations like Orkney, Shetland and the North West Highlands Geopark all offer a good chance of being able to observe this celestial wonder, other popular spots are found as far south as Edinburgh – the lights are known to have been seen from Calton Hill if particularly strong – and even Galloway and Southern Ayrshire Biosphere, an area renowned for its low levels of light pollution.

Experience the winter solstice on Orkney

Many of the monuments which form the Heart of Neolithic Orkney are shrouded in mystery. While it is believed that many of them might have served a religious, astronomical, or even mystical purpose, the truth remains unknown.

In the weeks before the winter solstice, the darkest period in Orkney’s calendar, Maeshowe Chambered Cairn undergoes its mysterious midwinter alignments. The final rays of the setting sun pierce through Maeshowe’s narrow entrance to illuminate the black cavity of this ancient tomb. Did this beam of light represent rebirth or some other rite; or did it signify a ritual whereby the souls of the dead were released or returned to the earth? Ponder these thoughts while wandering among these ancient monuments. 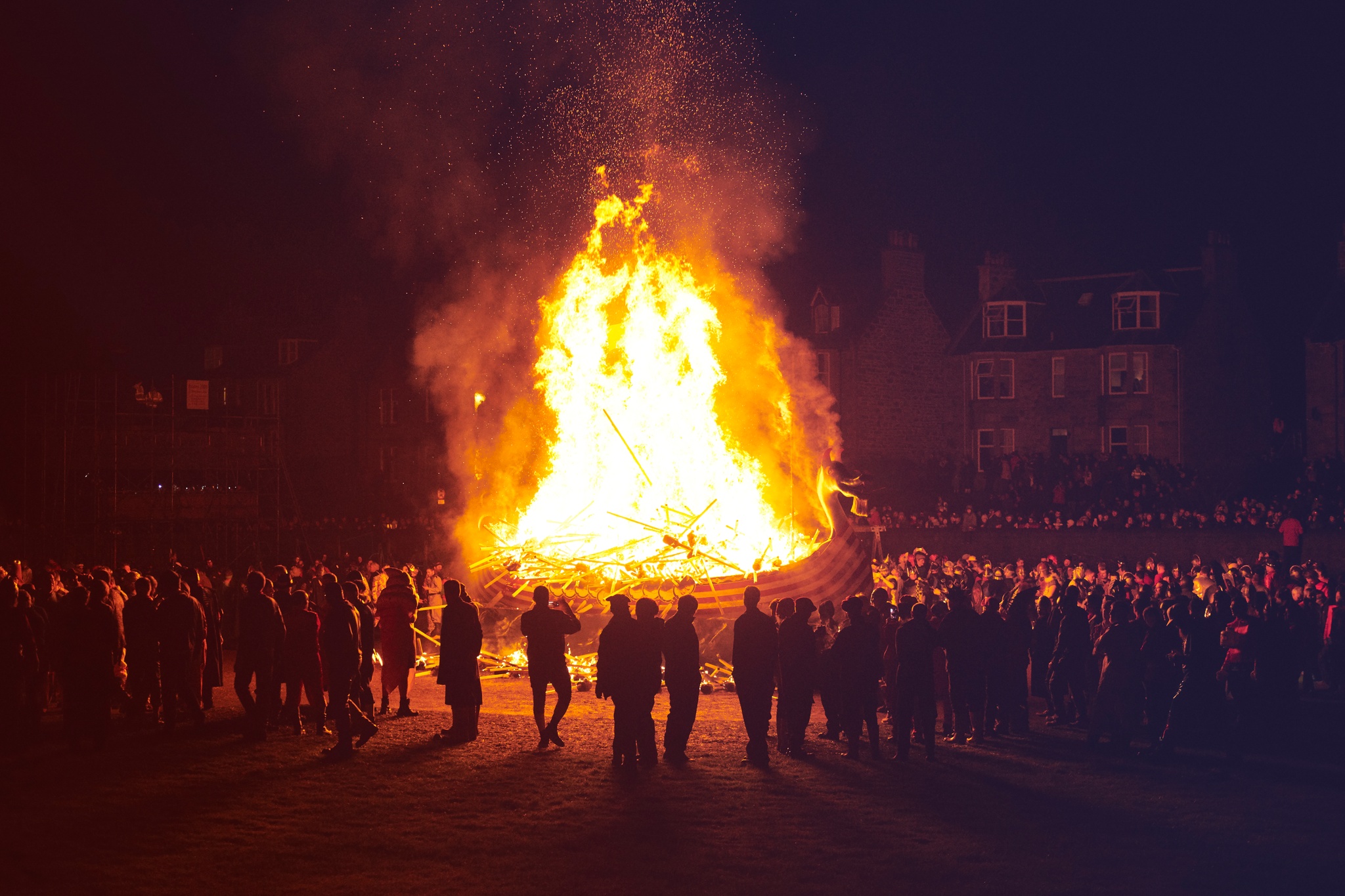 December is the month on which the shortest day falls. The temperatures are low, but the country is illuminated by an array of Christmas and New Year festivities. Edinburgh’s World Heritage Site is twinkling with a German Market in Princes Street Gardens while other festive light spectacles adorn the city’s New Town. The festivities culminates in a huge street party on Hogmanay in Edinburgh. Later in January, Shetland, home to one of Scotland’s UNESCO Geoparks, celebrates its own spectacular fire festival, Up Helly Aa. Harking back to the island’s unique Viking heritage, it sees a torchlight procession of islanders dressed in Viking regalia make their way to the harbour at Lerwick where they then set a magnificent replica of a Norse longship on fire. An evening of  music, food, dance and drinking ensues, lasting all through the night until sunrise. 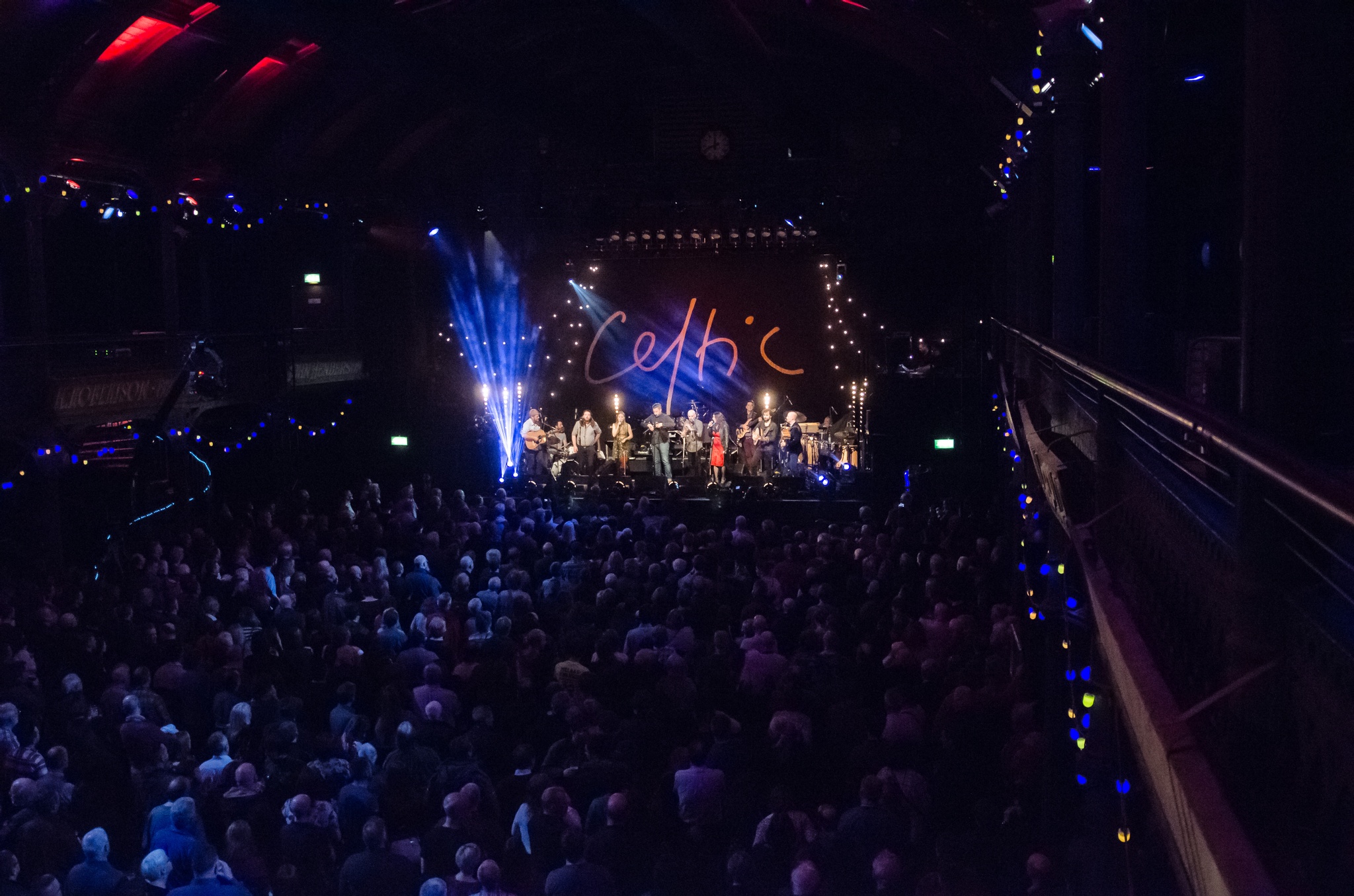 Glasgow is a city which lives and breathes music – It’s been known to host up to 130 performances across its venues in just a week. Unsurprisingly for a UNESCO City of Music, it also boasts a fantastic array of homegrown festivals.

One of the most famous of these is Celtic Connections . A vibrant celebration of Celtic music and its many forms and fusions, this beloved winter showcase is primarily held in the atmospheric venue of the Old Fruitmarket. See Scotland’s finest musicians take to the stage alongside artists hailing from around the world. 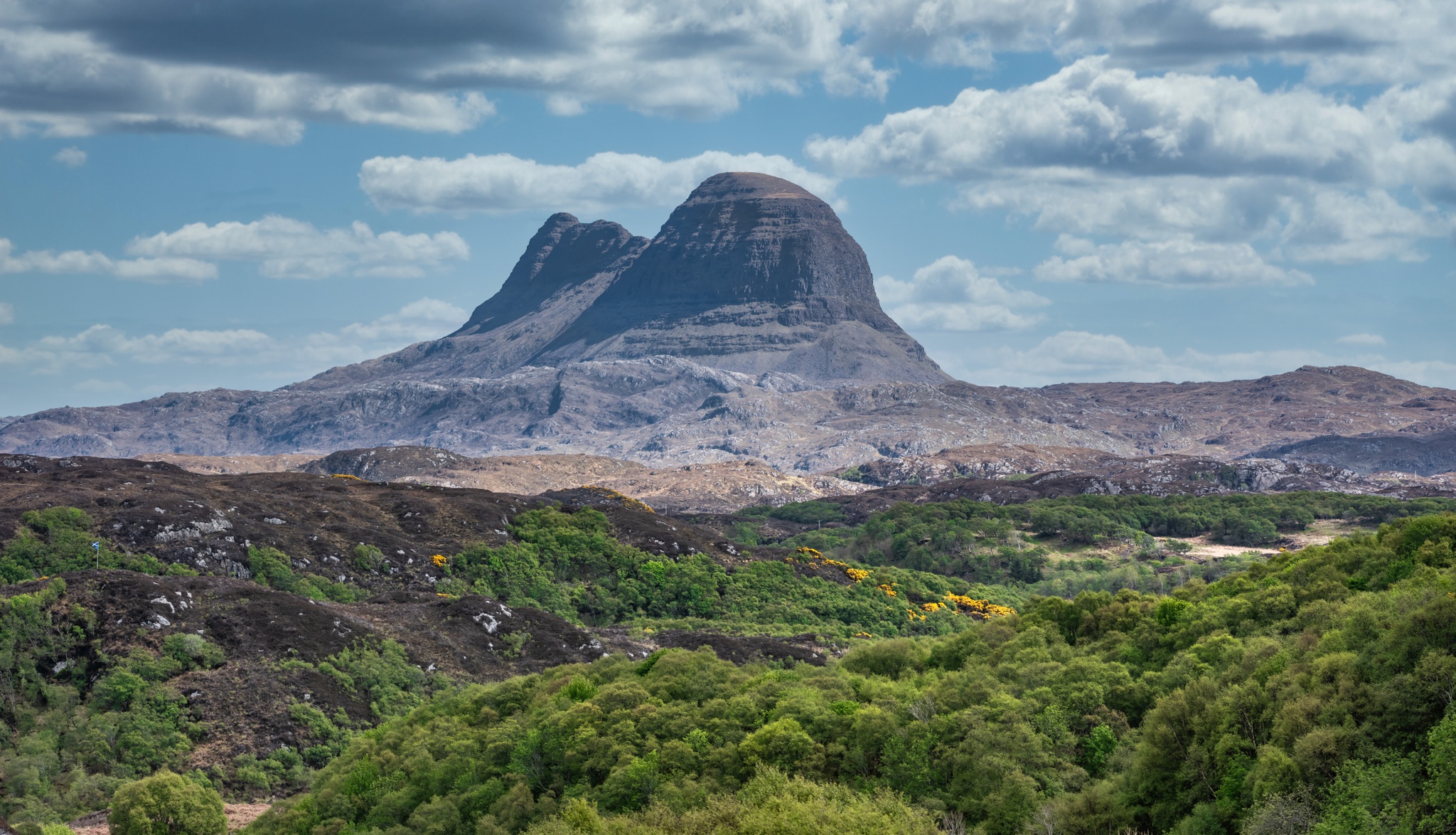 The later winter and early spring months are a perfect time to witness the North West Highlands Global Geopark in seasonal transition. In fact, it’s a great time to take advantage of longer days and start exploring the area’s incredible topography with its snow-capped mountains, striking rock formations and other geological wonders.

Follow the Rock Route and take in immense landmarks like Stac Pollaidh, Loch Assynt which is home to some of the oldest rock formations on the planet, Knockan Crag, which marks the spot where two ancient continents collided, and the sweeping Kyle of Durness, carved over a millennia by shifting glaciers.

The end of April heralds the arrival of one of Scotland’s most unique music festivals. Despite its far-flung location in the North Atlantic, this stunning archipelago boasts a thriving music scene which kicks off at the end of April with the Shetland Folk Festival , one of the most distinctive events of its kind in Scotland.

This vibrant celebration of both Shetland’s fiddle traditions and folk genre sees performances by both local musicians and international performers staged everywhere from small pubs and remote village halls to splendid venues like Mareel , the UK’s most northerly arts center. 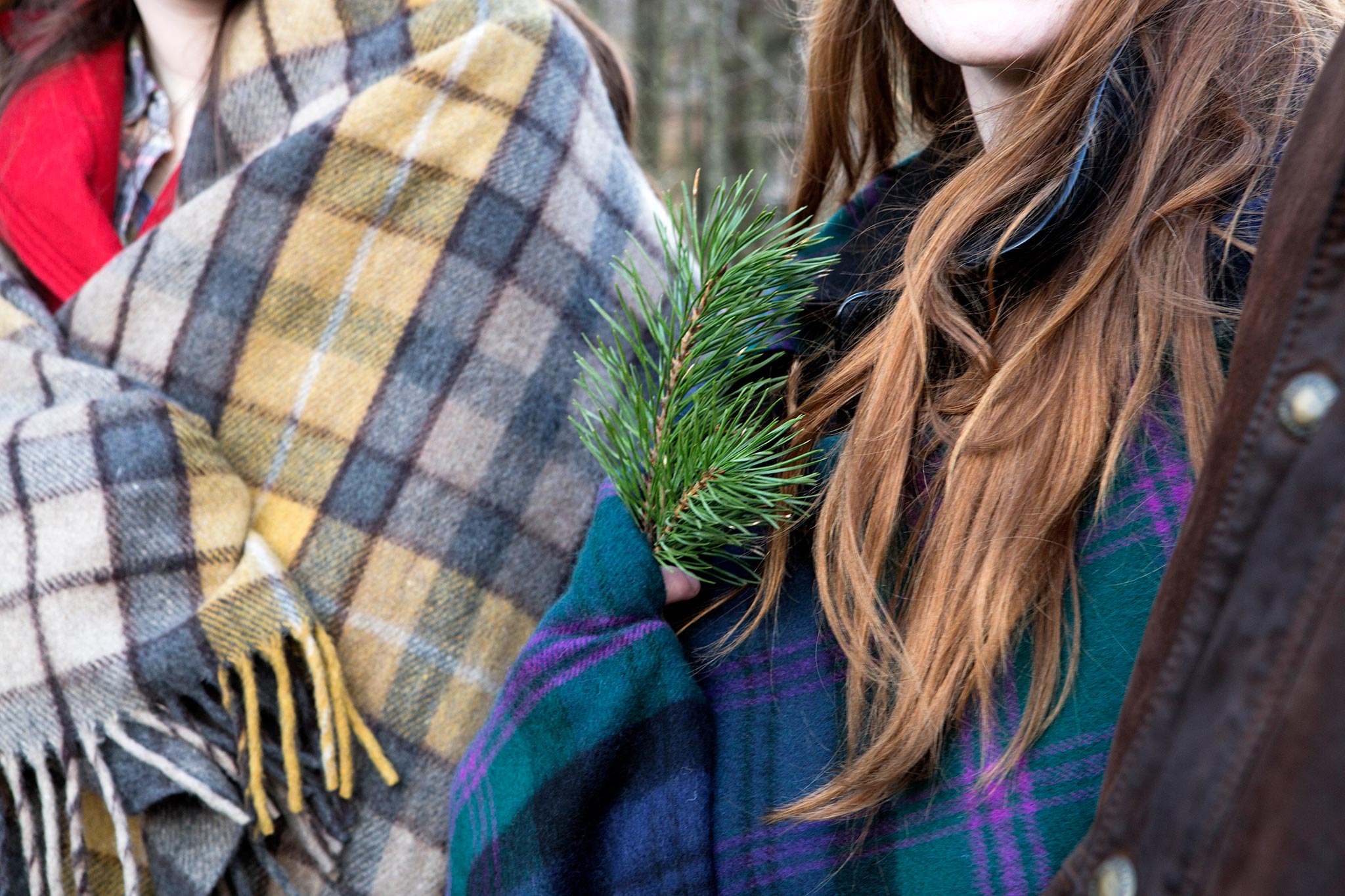 Take a radical new look at one of the world’s best-known fabrics. Another exciting exhibition from V&A Dundee, Tartan will celebrate the global phenomenon of a unique pattern and textile tradition which has connected communities worldwide, expressed a cultural heritage, become a symbol of both resistance and diversity, while continuing to inspire fashion’s most innovative and provocative designers. Drawing examples from architecture, product design, fashion, film, fine art and performance, discover how tartan has and continues to, weave its spell on the world.

This is the first major exhibition curated by V&A Dundee, with consultant curator ​​Jonathan Faiers of the University of Southampton, UK. 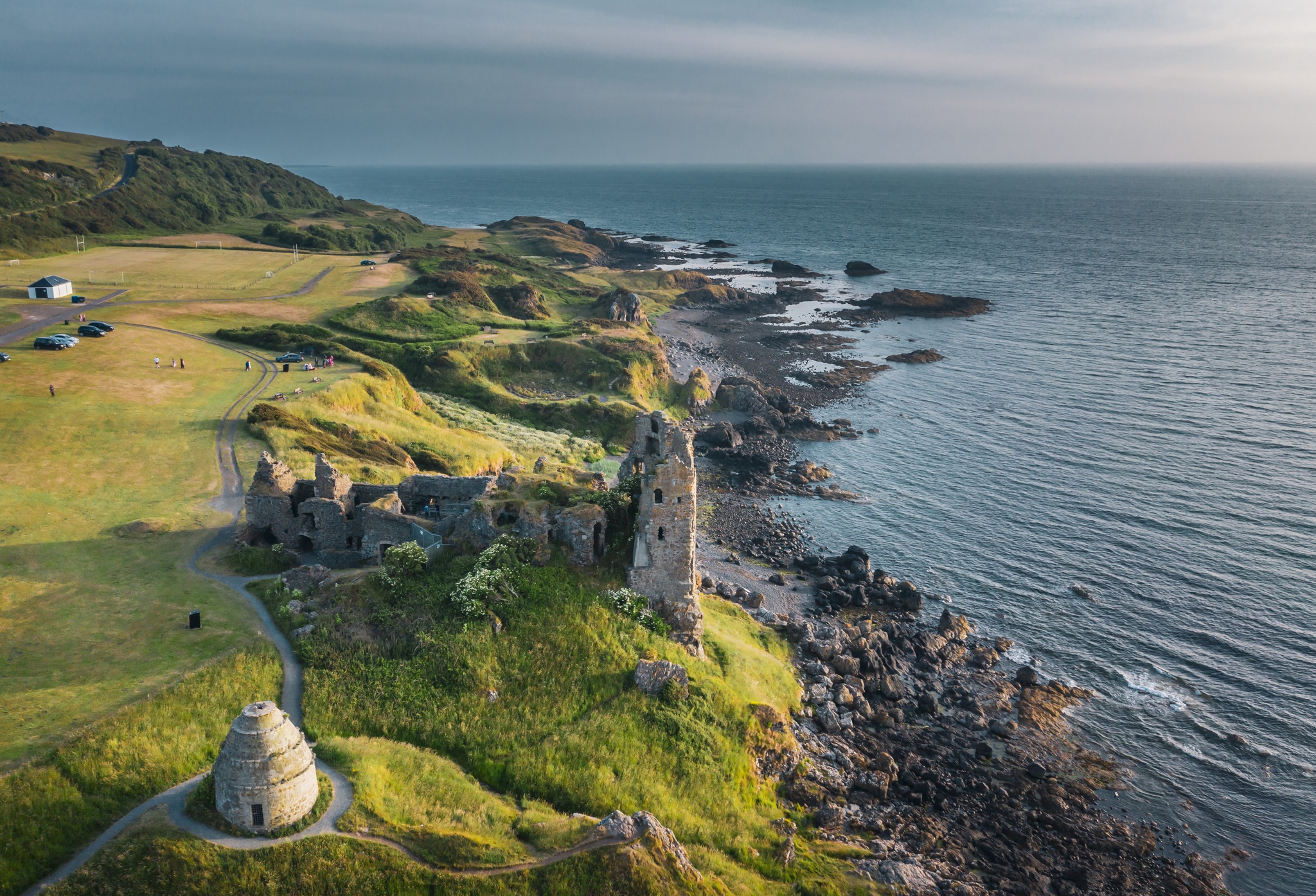 Spanning over 5,000 sq km, Galloway and Southern Ayrshire Biosphere is a big area to explore. For the perfect introduction, visit Cairnsmore of Fleet National Nature Reserve in mid to late spring and witness one of the most secluded and unspoiled corners of Scotland come to life.

See the windswept summit heath and bogland transformed by blooming wildflowers while the air fills with the song of migrant birds and native species including red and black grouse and cuckoos. Stretch your legs on several trails through the area, taking in the remarkable geology peppered with striking outdoor sculptures which compliment the natural elements.

For generations now, artists and creatives have tapped into a rich vein of inspiration in Galloway and Southern Ayrshire Biosphere. A land of sparkling rivers, sweeping valleys and beautiful forests, discover how the natural beauty and strong sense of community of this special place inspires a thriving arts and craft scene during the Spring Fling festival.

Traditionally held from the end of May to early June, visit venues spread through the historic coalmining, farming villages and artists’ towns like Kirkcudbright to see exhibitions, workshops, talks, and pop-up galleries to marvel at the local talent on display. 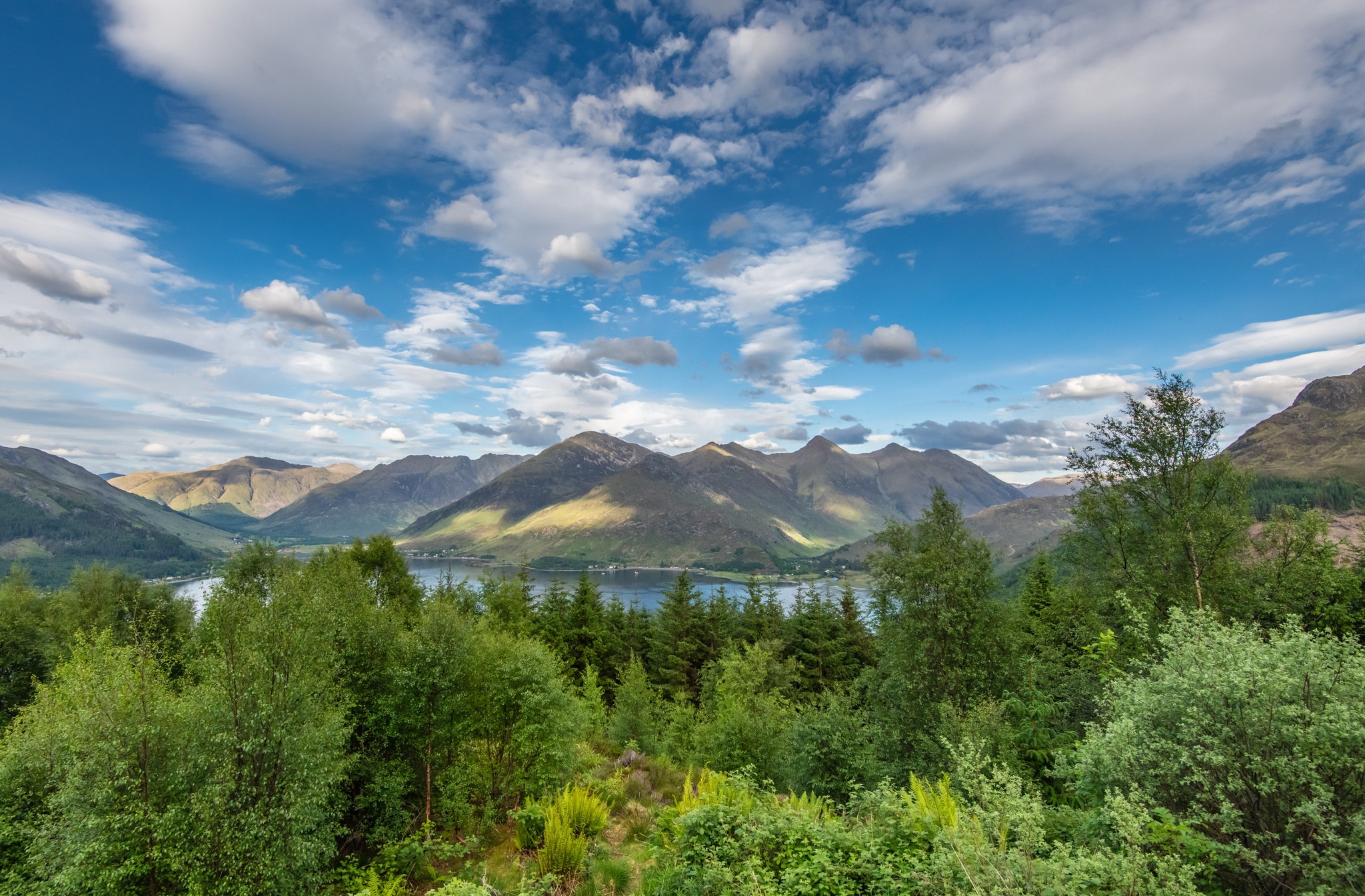 Wester Ross Biosphere is one of the best places to experience authentic Highland culture. One such place where you can spend a period immersing yourself in the natural beauty and culture of the region is at Balmacara Estate.

Stay in a traditional cottage and see how the low intensity small-scale agricultural practice of crofting has shaped the remarkable landscape. Book that stay in summer when it comes alive with flower-rich meadows, verdant woodlands and lochs teeming with bird and insect life.

Follow a network of 17 paths around the 2,500-hectare estate to discover picturesque villages like Plockton, ancient roundhouses, spellbinding beaches, and undulating moorlands. You can even join a ranger on a guided ramble through this spectacular summer wilderness.

Archaeology in action and birdwatching on Orkney

Orkney is world-famous for the Heart of Neolithic Orkney, a collection of ancient monuments that date as far back as 2500 BC. You can pay a visit to the on-going excavation at Ness of Brodgar which runs from the end of June until mid-August. It’s a rare opportunity to watch archaeologists at work uncovering the storied past of this narrow strip of land.

Orkney is also a hive of birdlife activity, especially in summer. On the outskirts of the Ring of Brodgar, head to the RSPB Brodgar reserve to see curlews, drumming snipe, lapwings, dunlins, redshanks, and oystercatchers; all thriving in this small area nestled between the lochs of Harray and Stenness.

You can also head to the cliffs teeming with nesting seabirds from around the world. Among the most iconic of the winged species are the bonxies, the local world for Great Skuas which are sometimes described as the ‘pirates of the sky’. Watch as they swoop and dive for their catches – sometimes even poaching fish caught by other birds – at sites including Marwick Head and Mull Head on the Mainland, and Noup Head on Westray, 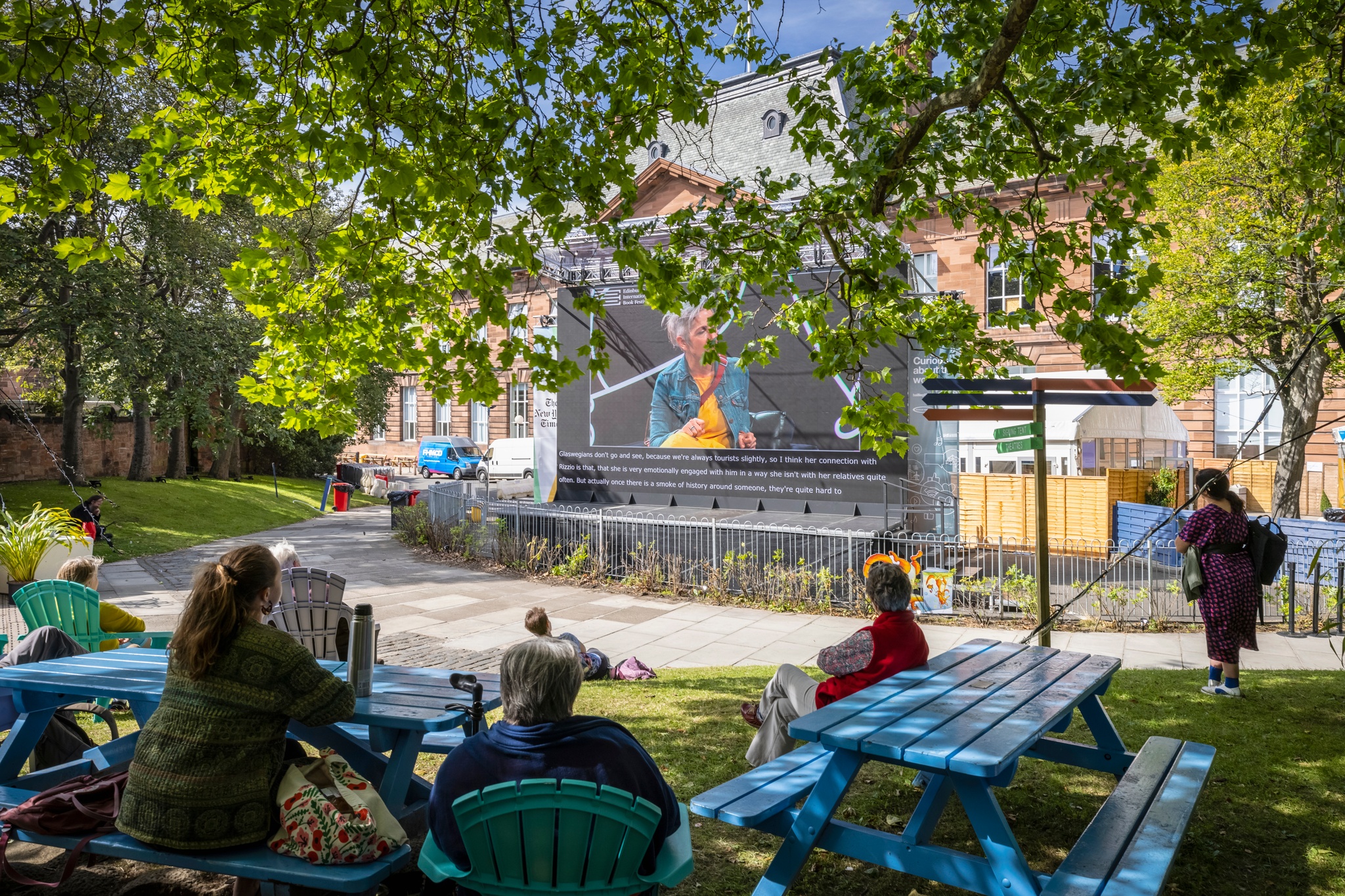 Edinburgh is a city which radiates culture. A UNESCO City of Literature and the home of a UNESCO World Heritage Site, the Old and New Towns of Edinburgh, this is never more apparent than during the Edinburgh Festivals. A grand total of five festivals are held throughout the month of August, with performers, colour and creativity spilling out of every venue and space imaginable.

Embrace the literary heritage at the Edinburgh International Book Festival – the largest of its kind in the world – and discover the other delights of festival season. From the buzzing energy of the Royal Mile to watching the sky light up in a dazzling firework display at the climax of the Royal Edinburgh Military Tattoo against the backdrop of Edinburgh Castle, Edinburgh in August is an experience unlike any other.