Arthur’s Seat, Blue Blazer, Calton Hill… which of Edinburgh’s iconic sights would you feature in its A-Z? Illustrator and Glasgow School of Art graduate Rosemary Cunningham is currently creating her own Edinburgh Alphabet, and she’s looking for suggestions to help her fill in the blanks.

I’m intrigued to see which location will appear next… maybe the Palace of Holyroodhouse or the Hogwarts-esque school of George Heriot’s? Check out a few of Rosemary’s illustrations below, along with the brilliant Glasgow Alphabet she created in 2012: 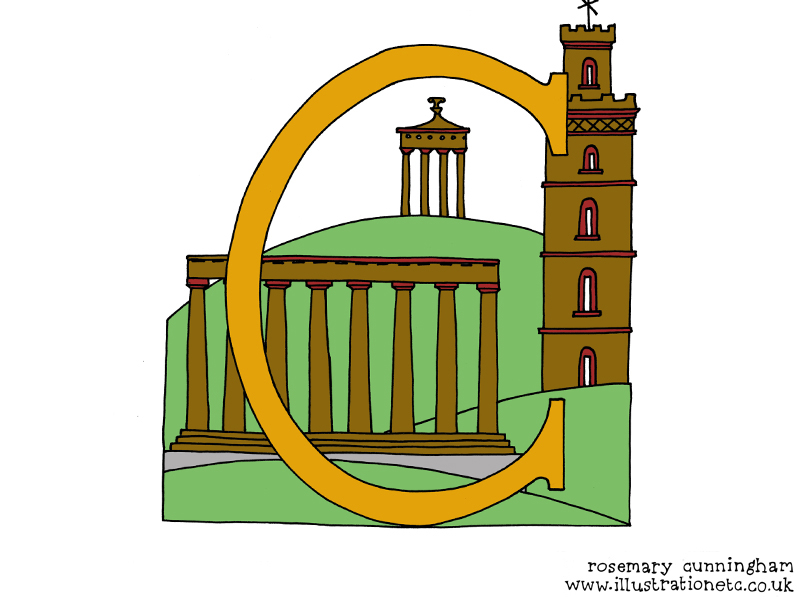 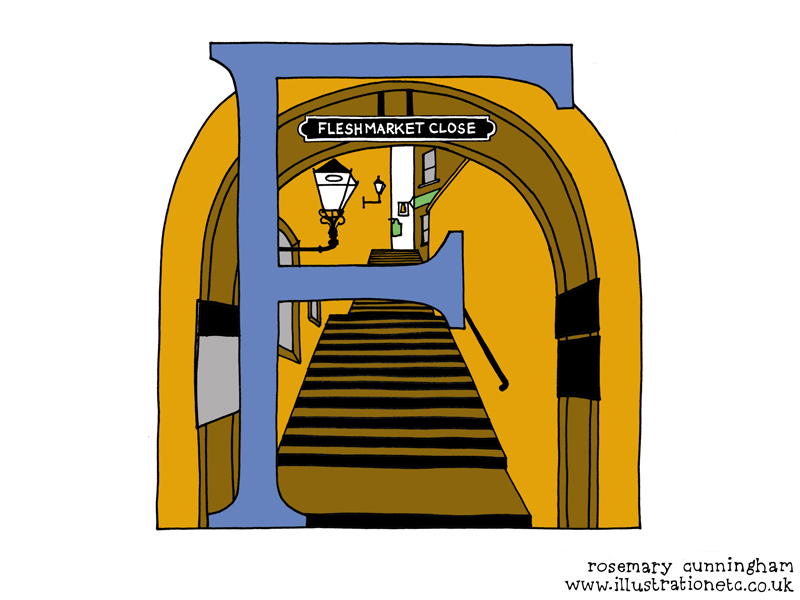 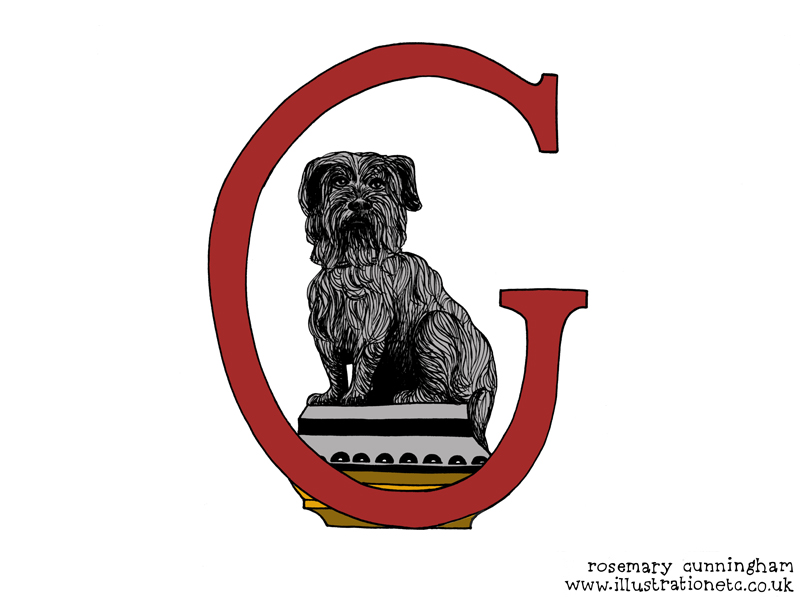 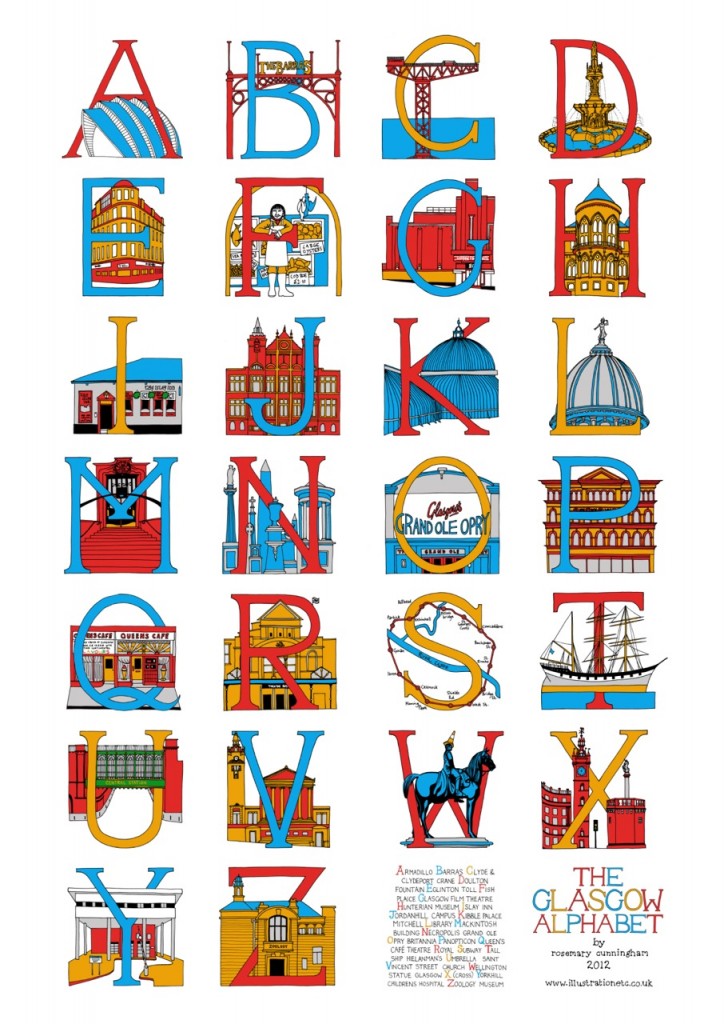 Any suggestions for the remaining letters? Personally, I’d like to see Victoria Street, Jenners Department Store and Edinburgh Zoo’s resident pandas make the list. Rosemary will be posting one letter per day on her Facebook page throughout January and February; click ‘like’ to suggest your favourite locations, and check out her website and Etsy page for more of her Scotland-inspired designs.

The friendliest city in the world is… Glasgow!

Edinburgh counts down to Christmas