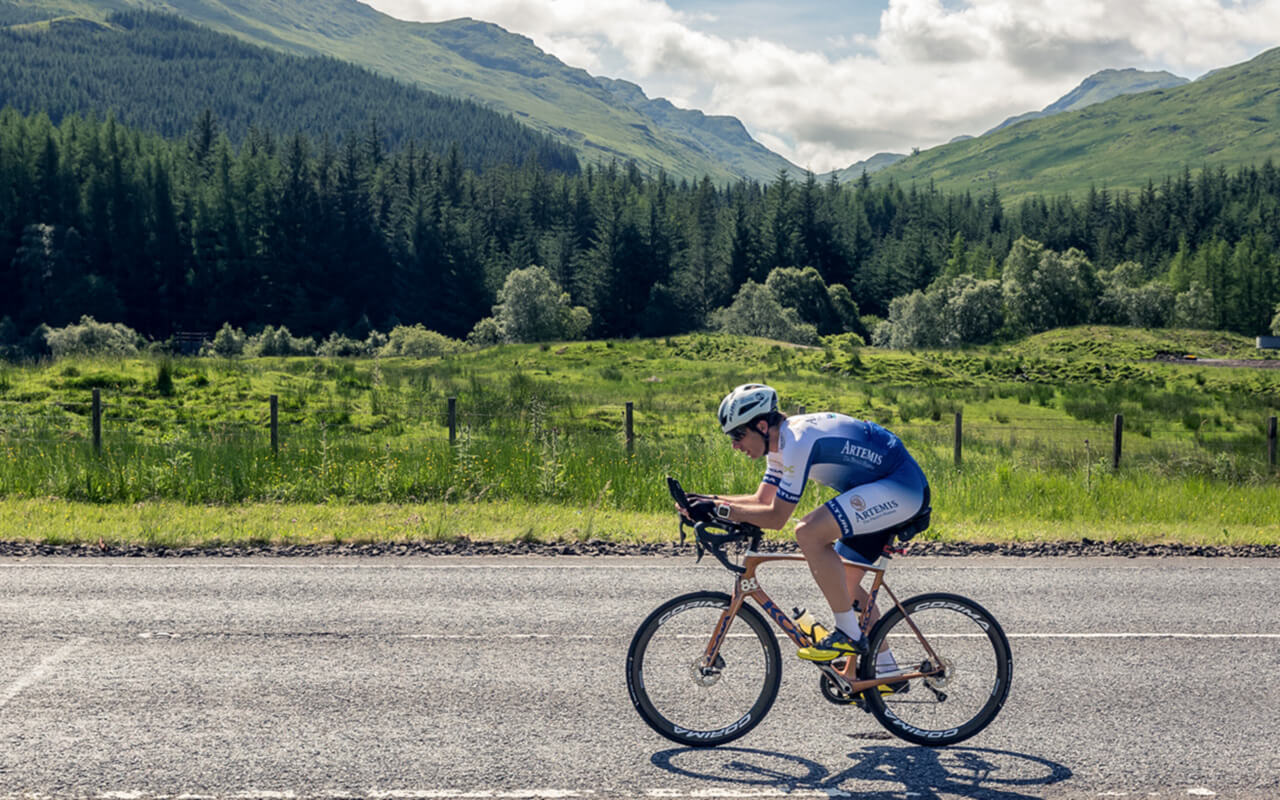 Super Scot Mark Beaumont rode into the record books on Monday 18 September 2017 after completing the Artemis Around the World Cycle. Taking just 78 days, 14 hours and 40 minutes, he beat his 80 day target and shattered the previous record by an incredible 43 days!

After spending more than 11 gruelling weeks in the saddle on his 18,032-mile journey, cycling over 240 miles each day and passing through Europe, Russia, Australia and the US, it’s clear that Mark has bags of #ScotSpirit!

Not everyone has to cycle around the world to take on an epic two-wheel adventure of their own though. If Mark’s super human exploits have inspired you to pump up your tyres and hit the open road, then why not plan your own challenge?

We’ve teamed up with our friends at Sustrans who look after the National Cycle Network across Scotland, to get you onto Scotland’s cycling network. Everyone’s idea of a cycling challenge is different so we’ve started off with a gentle ride, with options then progressing to more demanding routes. Ride them individually or use them to build up your fitness (and challenges) over a longer period. Who knows what records you might set? 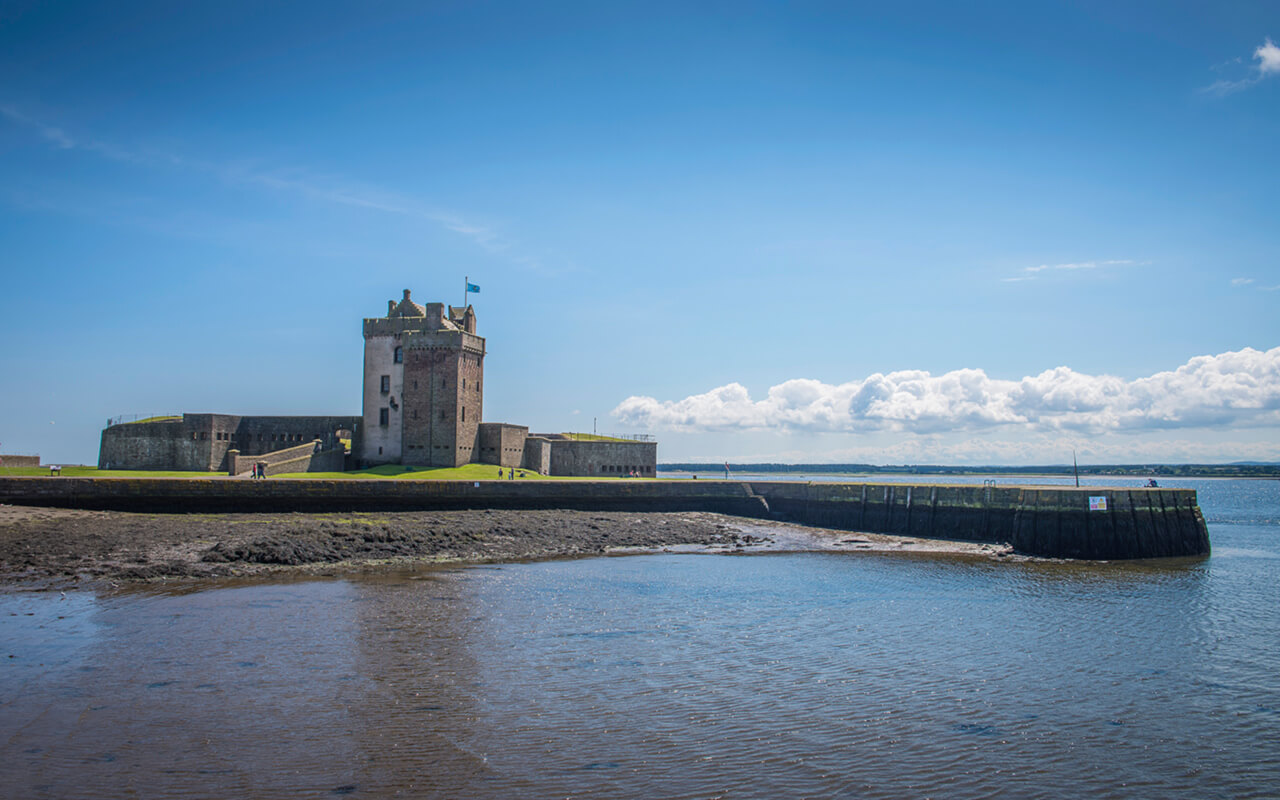 Broughty Castle on the Firth of Tay

Route Description:
This route is broadly flat and good for families or those that are new to cycling or getting re-acquainted. The route starts from the harbour side in pretty Tayport and uses a railway path along the southern shore of the Firth of Tay to the Tay Road Bridge. The route then heads over the bridge via a shared-use path and through the Dundee port area (take ID with you as you may need it to get through the port). As you continue around the bay, you’ll see Broughty Castle jutting into the estuary.

There are several great cafés, pubs and restaurants in Broughty Ferry to choose from and if you want to find out more about the area, entry to Broughty Castle Museum is free. Return by the same route or take a train from Broughty Ferry to Dundee and then cycle back to Tayport. 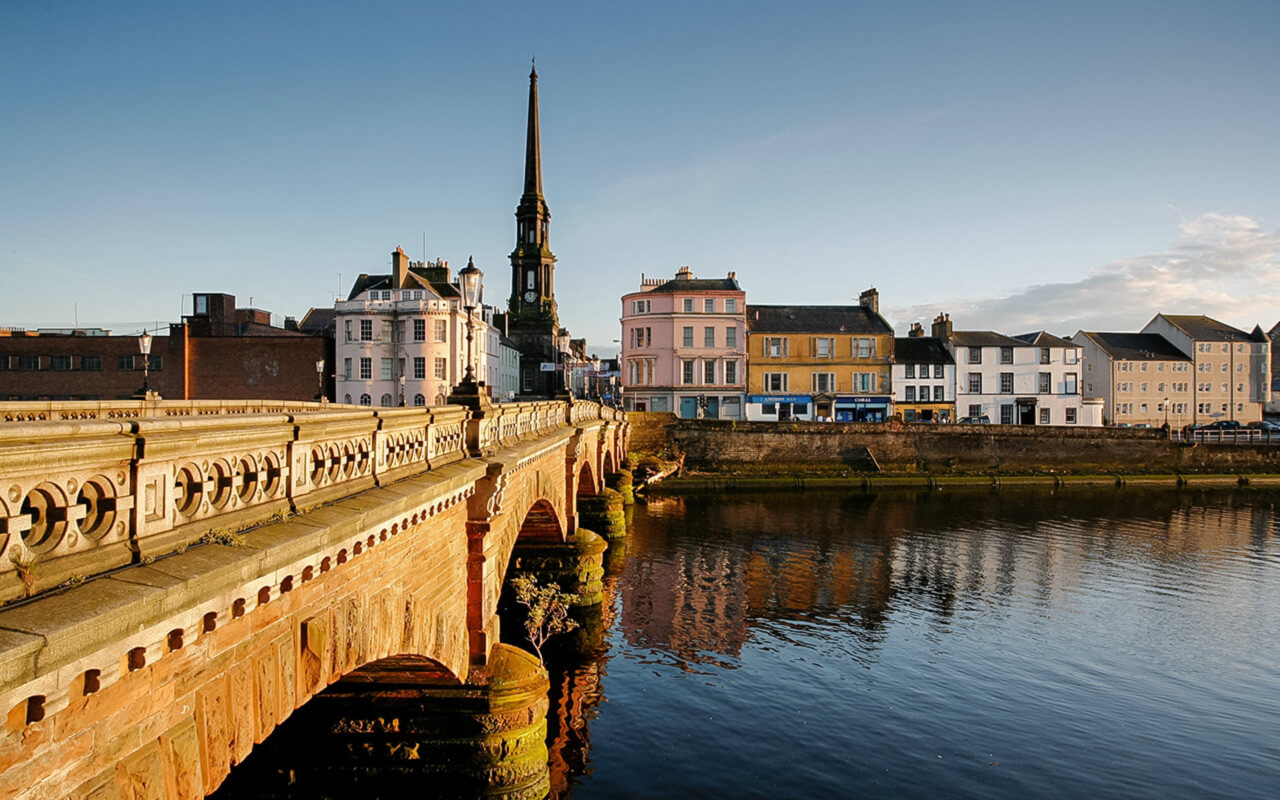 The River Ayr and view across to Ayr town centre

Route Description:
The Ayrshire Coast Cycleway runs between Irvine and Ayr, taking in Troon, Prestwick and some lovely stretches of coastline with spectacular views over to the Isle of Arran. The route is mainly flat with some on-road sections and there are plenty of places to stop off for something to eat, so it’s a great option for families and less adventurous riders.

After leaving Irvine, you’ll pass close to Irvine Beach Park before heading inland through two Scottish Wildlife Trust reserves, Gailes Marsh and Shewalton Wood, and then return to the coast at Troon. The route runs alongside the world-famous greens of Royal Troon Golf Club, past Glasgow Prestwick Airport eventually leading into Ayr. To return to Irvine, either cycle back via the outward route, or take a train from Ayr to one of the northerly stations to shorten the return leg, or to Irvine directly. 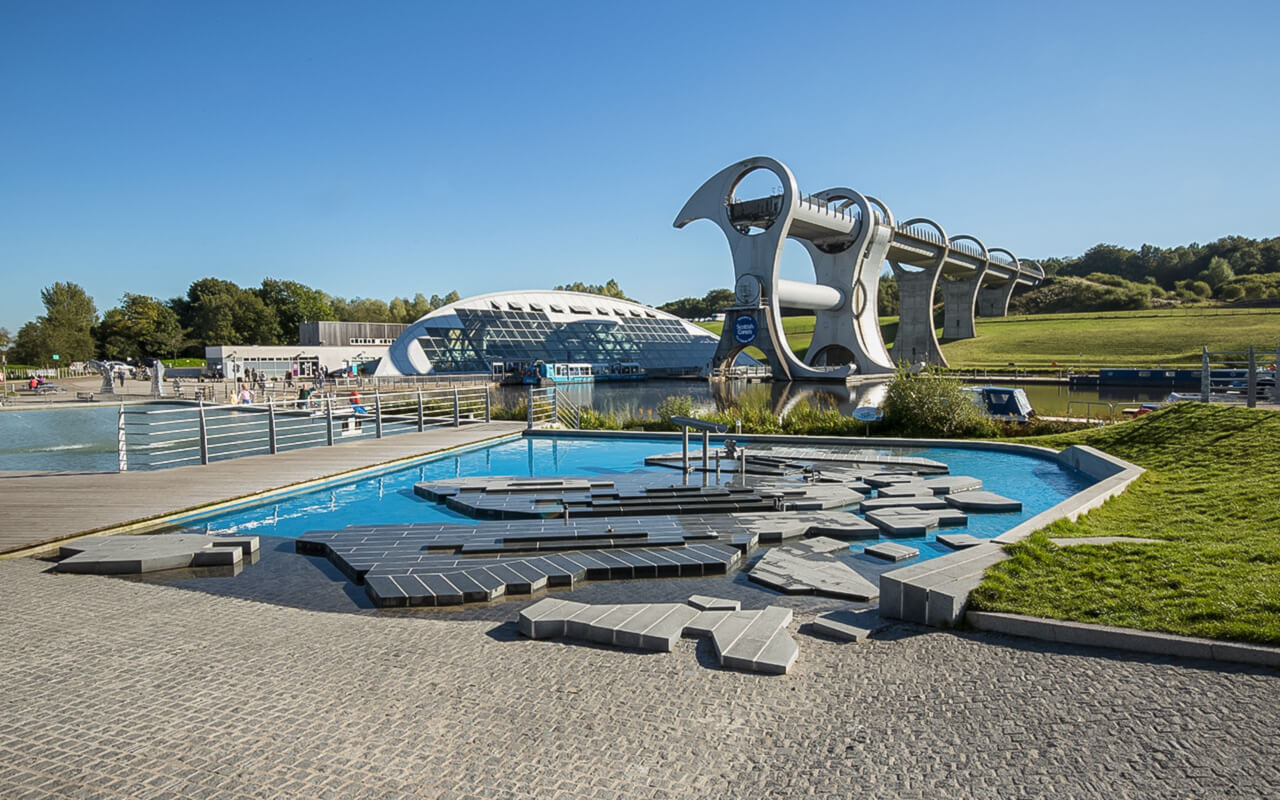 Route Description:
The Union Canal starts at Lochrin Basin not far from Edinburgh’s city centre and this route follows the canal towpath to Falkirk – rightly famous for the Falkirk Wheel and the Kelpies by Andy Scott at Helix Park.

Following the route quickly leads to Edinburgh’s leafy western suburbs with lovely countryside views along the way. After 8 miles of easy, flat riding, you’ll arrive at Ratho, where the Bridge Inn is perfect for a coffee stop or bar meal. The canal between Ratho and historic Linlithgow is tucked away between other busier transport links and offers a get-away-from-it-all feel. Numerous bridges, impressive aqueducts and the pretty Linlithgow canal basin are highlights of this 13-mile section of the route.

From here its 11 miles on to the Falkirk Wheel, through a mixture of open countryside and settlements, over aqueducts and under tunnels. Return by the outward route or take the train from Falkirk back to Edinburgh. 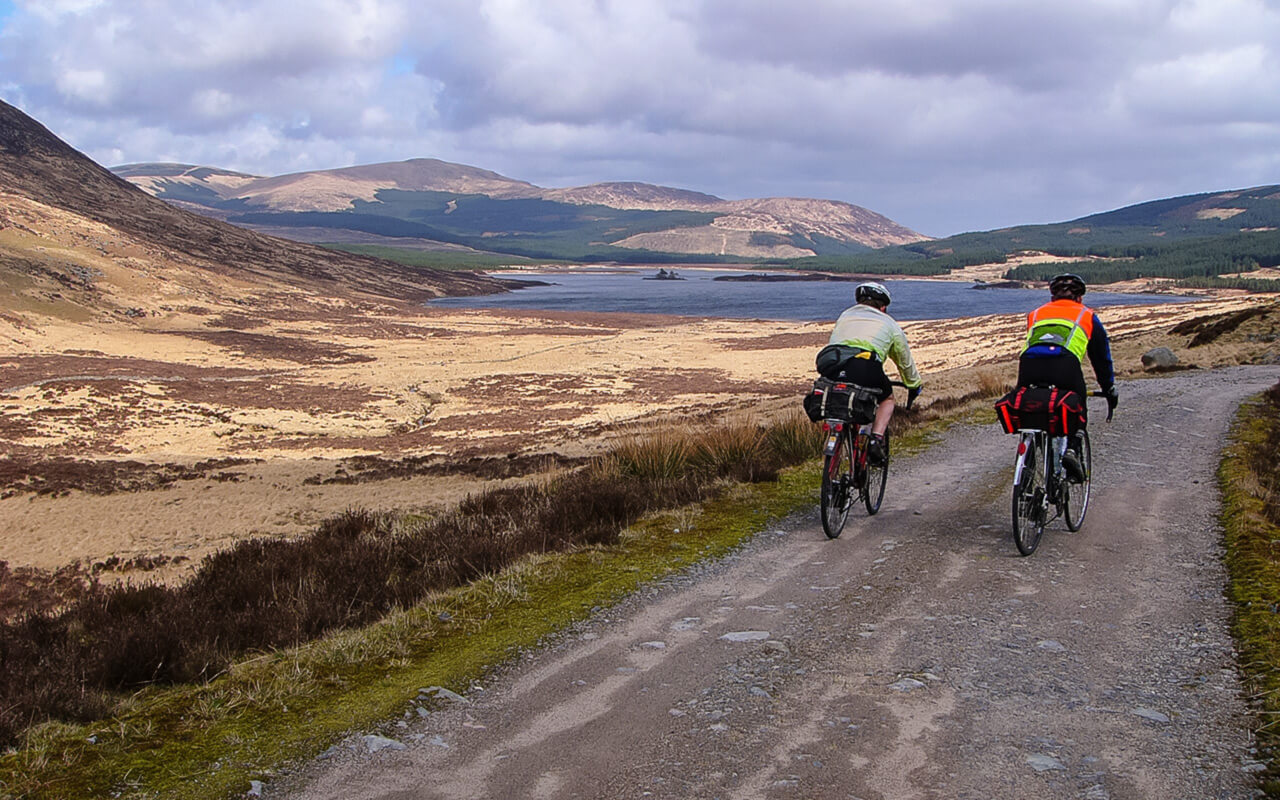 Route Description:
This is a challenging but extremely rewarding circular ride in the heart of Dumfries & Galloway. Suitable for fitter and more adventurous cyclists, the beautiful landscapes, attractions and fascinating history along this route more than compensate for the steep climbs.

Starting in Newton Stewart the route follows Route 7 east and south to Creetown, before turning towards Lochs Grannoch, Clatteringshaws, Dee and Trool. It’s well worth making the short detour from Route 7 along the A712 to the Forestry Commission Clatteringshaws Visitor Centre for a coffee and cake, or something more substantial, and for dramatic loch-side views. The route then winds through forests and countryside and runs along the side of Clatteringshaws Loch continuing on to Loch Trool. Then, it’s through woodlands, countryside and alongside the River Cree, back to Newton Stewart. 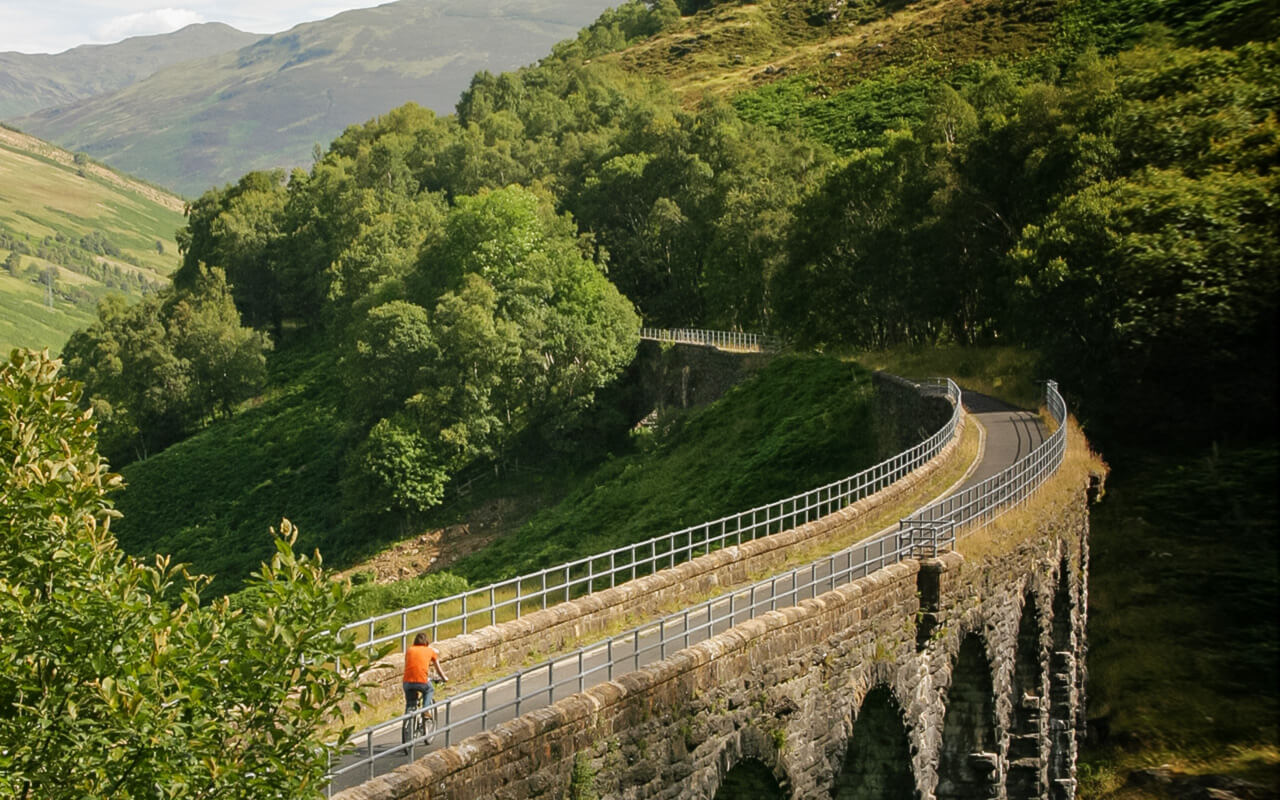 Cycling down the Glen Ogle Viaduct near Lochearnhead © Sustrans

Route Description:
National Cycle Route 7 runs between Glasgow and Inverness and takes in some of Scotland’s most stunning scenery.

This challenging route, forming part of Route 7, starts off in Loch Lomond & The Trossachs National Park and heads through Queen Elizabeth Forest Park and fine Trossachs scenery. There are several settlements along the way which are ideal for a stop off and a bite to eat.

As the route heads out of the National Park you’ll come across the Glen Ogle viaduct above Lochearnhead – a wonderful, traffic-free steep ascent on a cycleway with views back towards Loch Earn and Ben Vorlich. The route then descends into the wooded hillsides and rich farmlands of Highland Perthshire as it runs along the south shore of lovely Loch Tay (visit the Scottish Crannog Centre and stop off in Kenmore), ending in the pretty town of Aberfeldy.  Return by outward route or carry on along Route 7, for a further 16 miles, to Pitlochry and take a train back to Glasgow from there.

Stage 6: A Scottish Coast to Coast 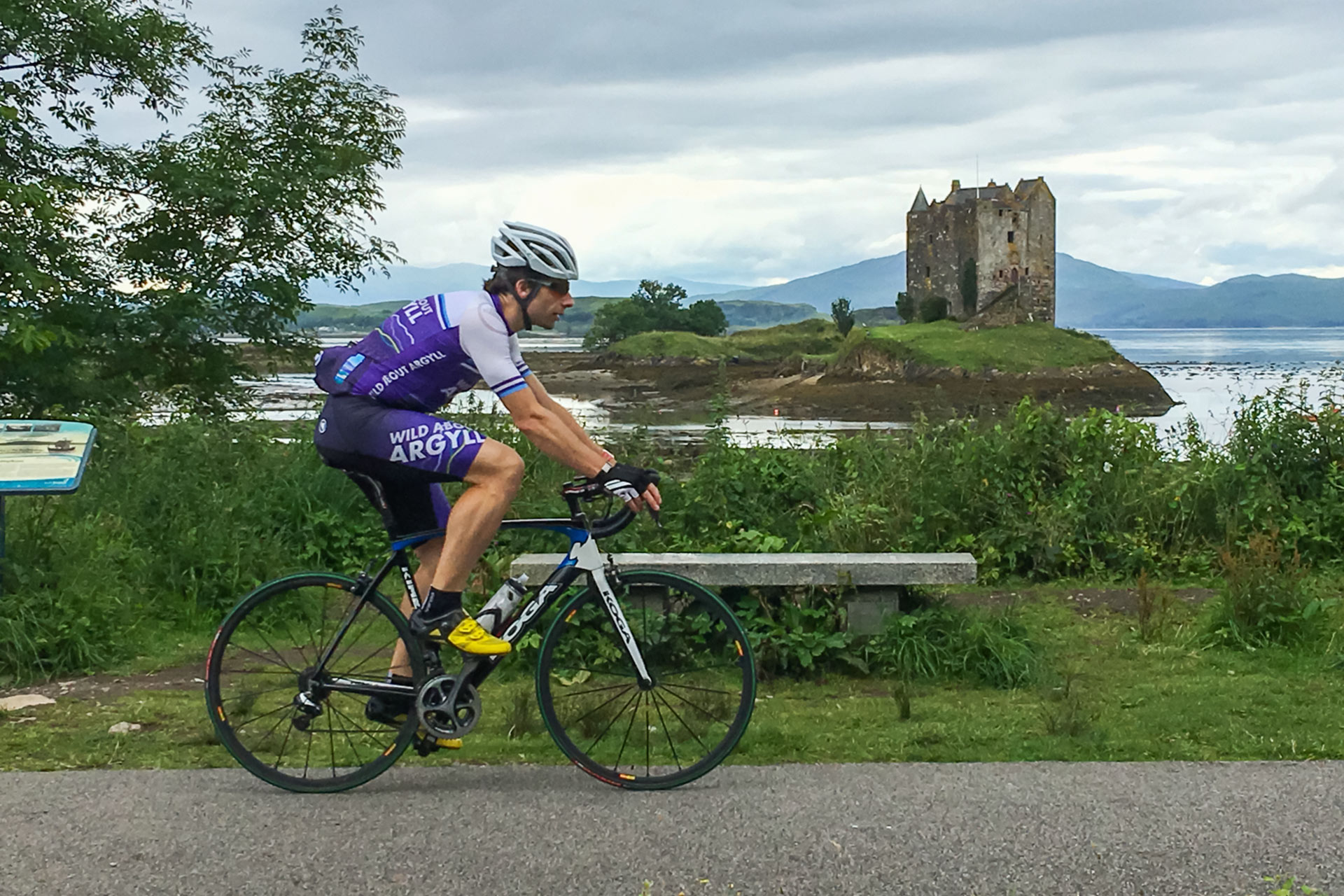 Route Description:
A challenging option for more accomplished cyclists, this route starts in Argyll’s main ferry port Oban, and begins on a fantastic traffic-free path, with a few sections on quiet roads.

The first stage of the route offers great views, hugging the coast for much of the way and has very few gradients as it heads for Fort William. There is no traffic-free route on the busy A82 between Corran Ferry and Fort William but the Corran and Cambusnagaul Ferries make it possible to access a quiet (and safer) single-track road along the west side of Loch Linnhe.

The second stage of the route starts in the shadow of Ben Nevis and heads through the Great Glen along the Caledonian Canal towpath, on cycle paths, and on minor and forest roads to Fort Augustus. From here Route 78 follows quiet roads, with some steep gradients, along the east side of Loch Ness and ends in the Highland capital of Inverness. 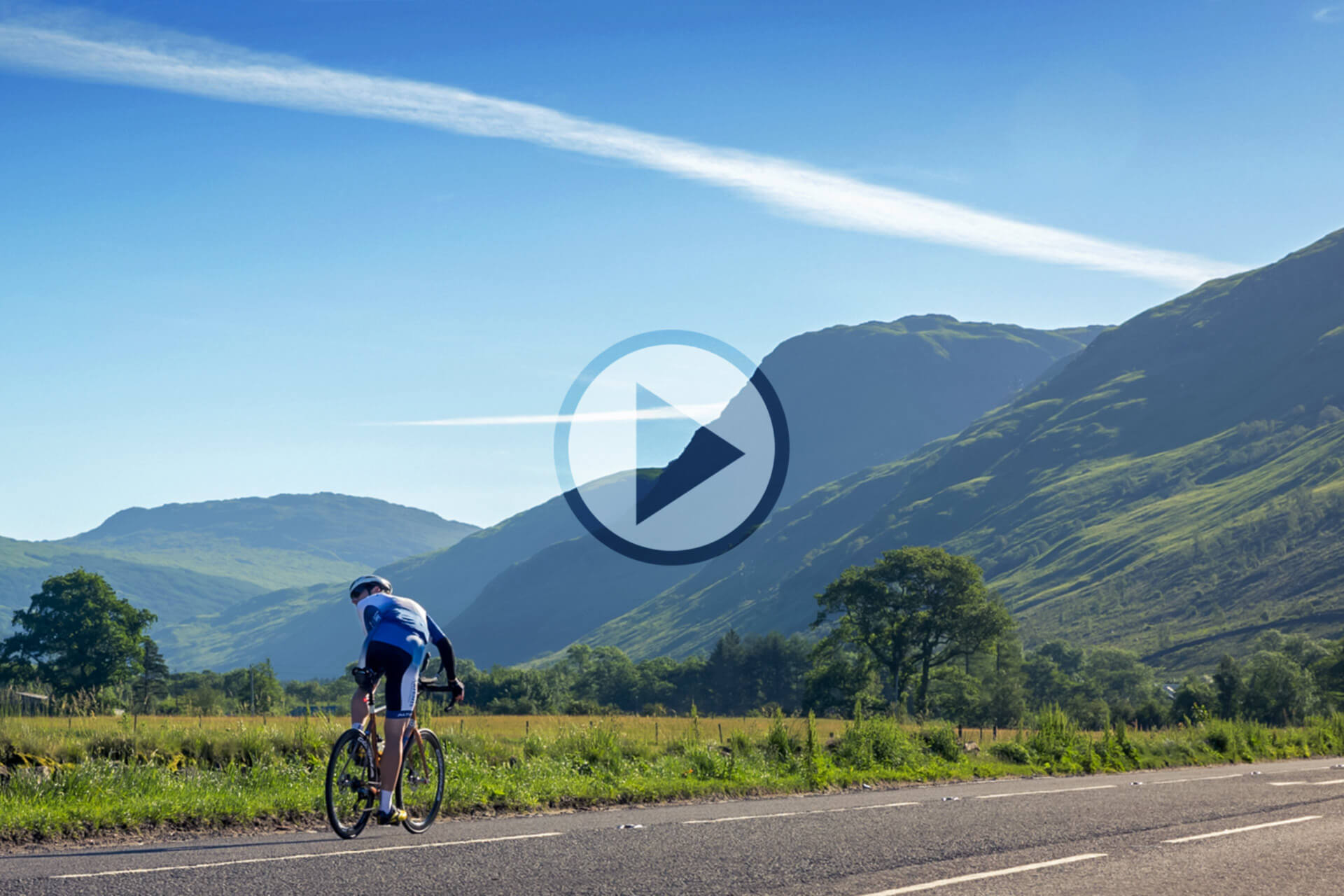 Route Description:
As part of his preparation for the Artemis 80 Day World Cycle Challenge, Mark Beaumont undertook a number of training rides in Scotland. This included a 240-mile west to east cycle from Tayinloan in Argyll to the Granite City of Aberdeen, a feat he achieved in just 16 hours! Watch the video and learn more about this awesome ride. Do you think you could beat Mark’s time?

Suitably inspired? Watch our other Mark Beaumont training videos featuring Perthshire, the Kingdom of Fife, The Scottish Borders and Dumfries & Galloway, and plan your next cycling challenge at www.visitscotland.com/cycling

12 wellness experiences in the Outer Hebrides