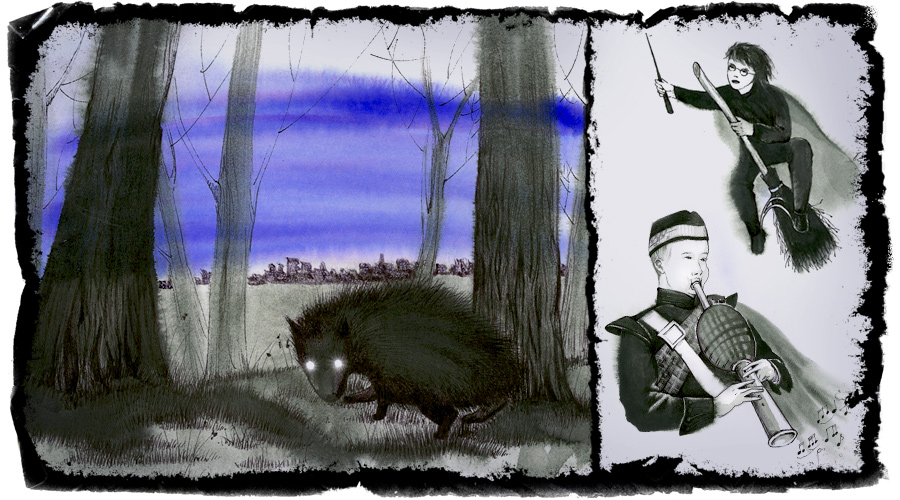 If you’ve put haggis hunting on your must-do list when visiting Scotland then I hate to be the one to break it to you but haggis… how do I put it gently… haggis is not ‘a wild furry three-legged beast of the Highlands that lurks into the cities at night, like a fox’, as believed by many, neither is it a traditional Scottish music instrument or a character from a Harry Potter book.

Haggis, everyone, is Scotland’s national dish and probably one of Scotland’s most famous icons.

This Scottish delicacy is a sausage-like dish or savory pudding that combines meat with oatmeal, salt and spices. It may not win the ‘most elegant dish on the planet’ title if you’re not familiar with its unique charm, and, yes, it may often make it to the list of world’s most unappetising dishes (and that’s purely judging it on its ingredients), but, hey, as the saying goes, you don’t judge a book by its cover, do you? * It’s probably best not to name all of the ingredients here, but for those with an iron ’stomach‘ and a courageous ‘heart’, read the footnote. Honestly, it’s much tastier than it sounds! In fact, it’s one of my favorite traditional Scottish foods.

Traditionally served on the 25 January, the anniversary of Robert Burns’ birth, it’s the crowning glory of a Burns Night – an event that celebrates Scotland’s National Bard’s life and works. Pair it up with the classic accompaniments to haggis, neeps and tatties – or turnip and potatoes as they’re known to the rest of the world outside of Scotland (or is it swede perhaps?) – and you’re ready to celebrate in style.

If you’re feeling adventurous enough to feast upon Scotland’s most famous dish then read more on how to prepare your own haggis using local produce. And in preparation for Burns Supper, why not test your knowledge and find out some interesting facts about Robert Burns aka Rabbie Burns?

* Basic ingredients include a mixture of the minced heart, lungs and liver of a sheep mixed with suet, onions, oatmeal, spices and seasoning boiled in the stomach of the slaughtered animal (or a more contemporary synthetic equivalent such as sausage casing).

The Best Scottish Food You Must Try

16 of the Best Fish and Chip Shops in Scotland

10 amazing food photos that will make you hungry for Scotland