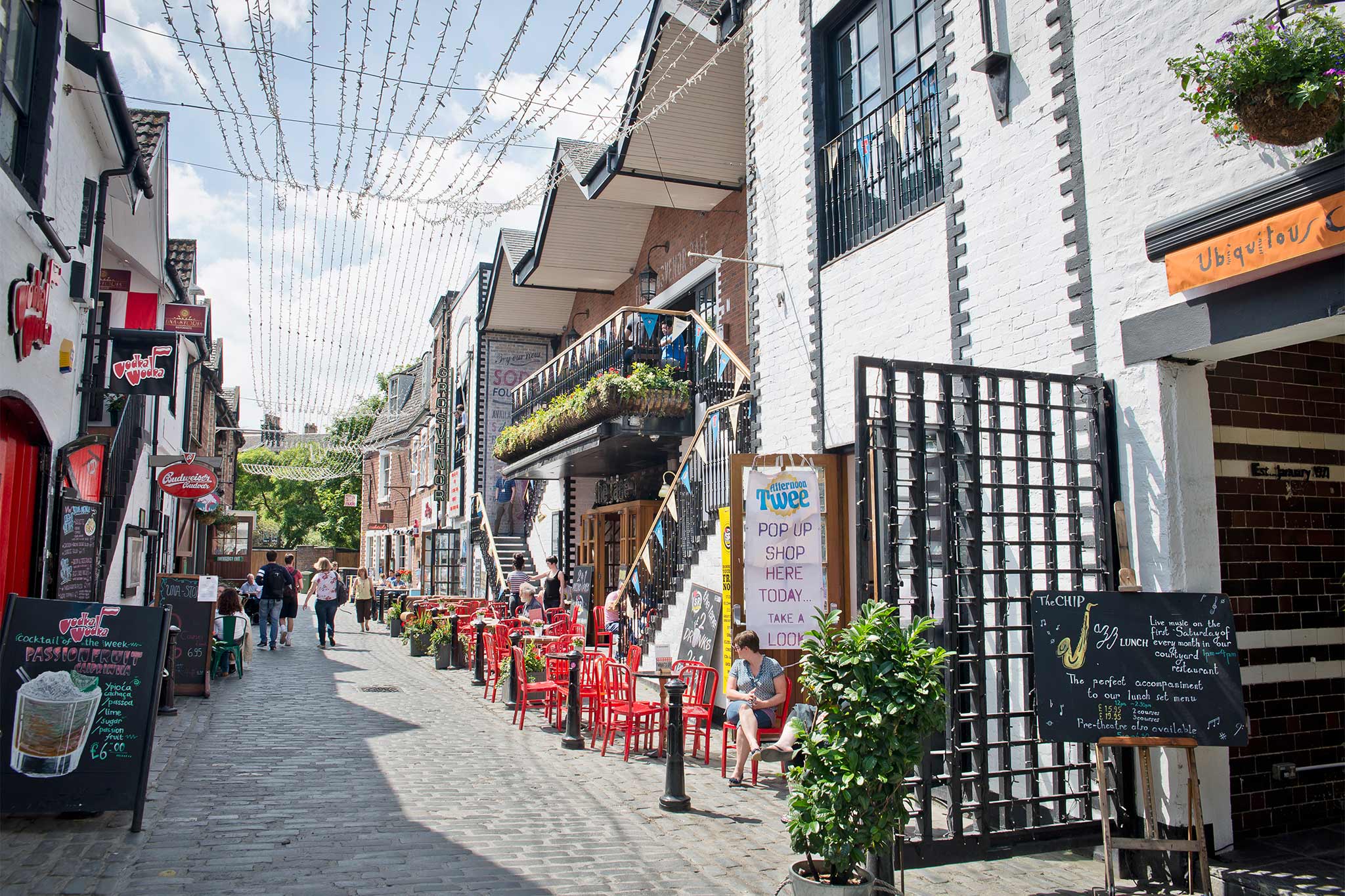 From the crowning place of Scottish Kings to Charles Rennie Mackintosh treasures, you can find many places to visit in Glasgow and the surrounding area this summer. There are plenty of fun things to do so read on and see how many you can tick off your Glasgow sightseeing list.

Locals and visitors alike flock to the bonnie banks of Loch Lomond, but few perhaps venture to Balloch Castle Country Park on east of the Loch. This is an ideal spot for a picnic and has great walks to explore, as well as a sandy beach! 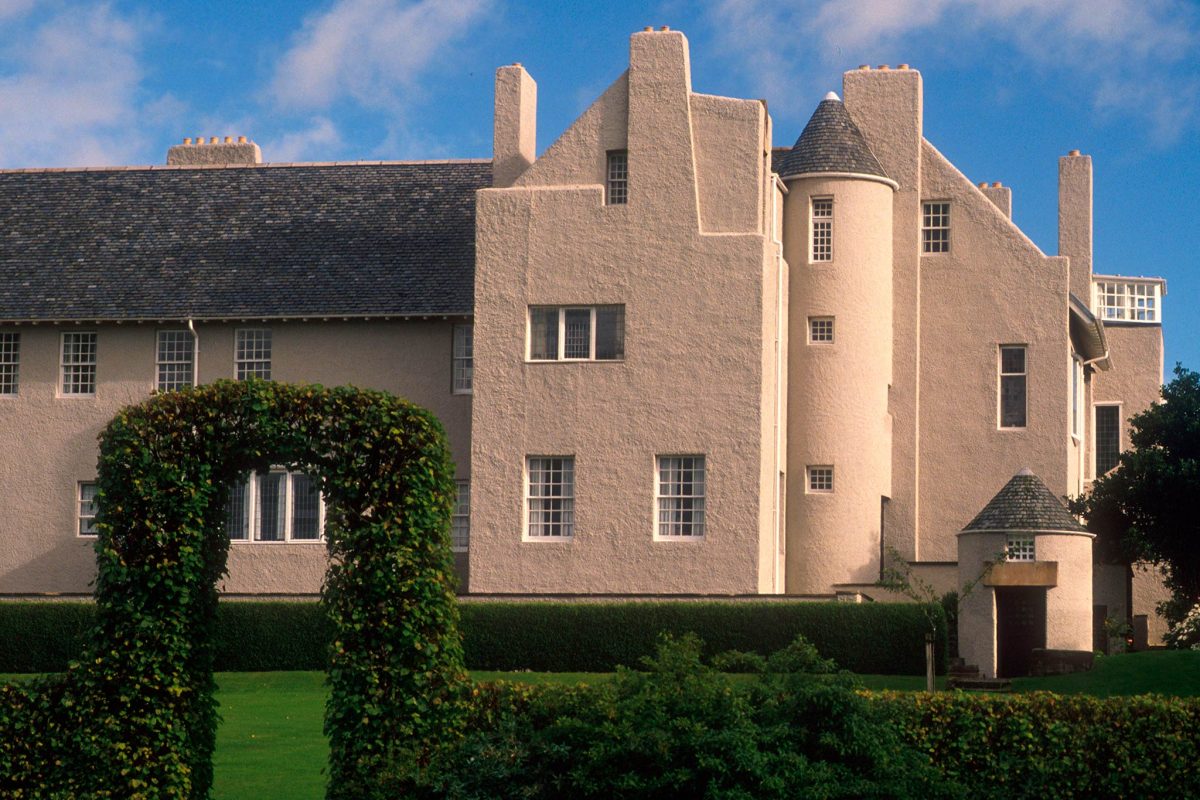 2018 celebrates 150 years of the legacy of Charles Rennie Mackintosh and his internationally renowned designs. Glasgow is a hotbed for his style, but nearby in Helensburgh, you will find an entire house designed by the man himself.

Tucked away, at the foot of the Kilpatrick hills and on-route to Loch Lomond from Glasgow, the Auchentoshan Distillery uses a unique triple distilled process to create a delicate, smooth and light single malt whisky.

There is no need to wait for winter to hit the slopes with real snow every day at Snow Factor at intu Braehead. Whether skiing, snowboarding, sledging or ice climbing is your thing, you are in the right place.

Quite simply, Paisley Abbey is spectacular and it’s less than 15 mins by train from Glasgow Central train station. The building itself is steeped in history but look out for the gargoyle based on the monster from the popular 1980s film, Alien – an example of one of the stonemasons who helped refurbish the abbey in the 1990s having some fun.

A haven just on the outskirts of the city, Pollok House is an Edwardian gem, housing an impressive collection of Spanish Art. The Edwardian kitchen is a great place to grab a bite to eat, before you explore the woodland and riverside walks in the country park.

GET READY... we are just finalising a few details and soon we will be ready to get into some zorbballs about the basin #zorbballs #pinkston #hamsterball #greatfun

You don’t need to leave the city to get stuck in to some exhilarating watersports thanks to Scotland’s only artificial whitewater course at Pinkston. This centre is in the north of the city with plenty to do nearby, such as taking a stroll along the canal or dining in some truly delicious local eateries.

Some solitude and serenity having an evening paddle down the Forth and Clyde canal. Opened in 1790, it links the East and West coast of Scotland. #paddleboard #forthandclydecanal

The Forth & Clyde canal runs through the north of the city to Falkirk, where it meets the mighty Falkirk Wheel, the world’s first and only rotating boat lift. The flat towpaths along the canal are ideal for cycling and walking. 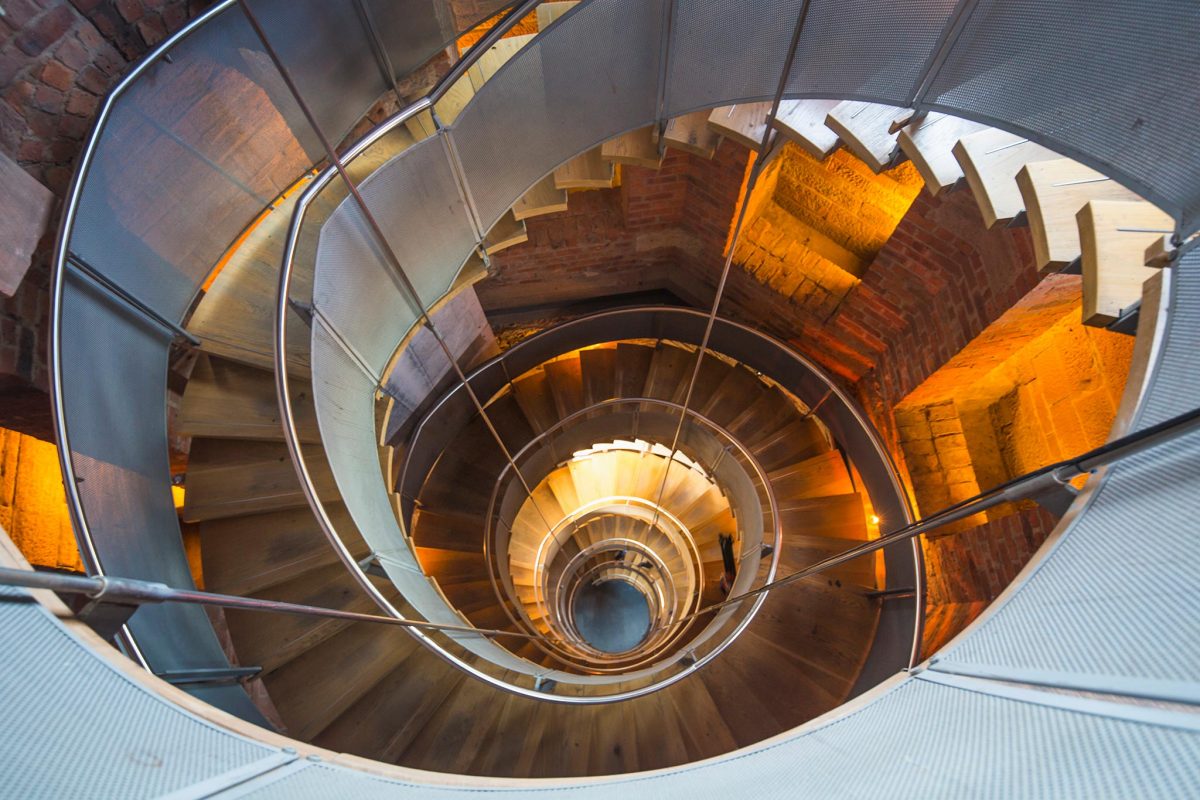 In the heart of the city you will find The Lighthouse, Scotland’s Centre for Design and Architecture. The building was the first public commission by Charles Rennie Mackintosh and today houses the Mackintosh Interpretation Centre. It’s free to enter and you get great views of the city from the viewing tower! 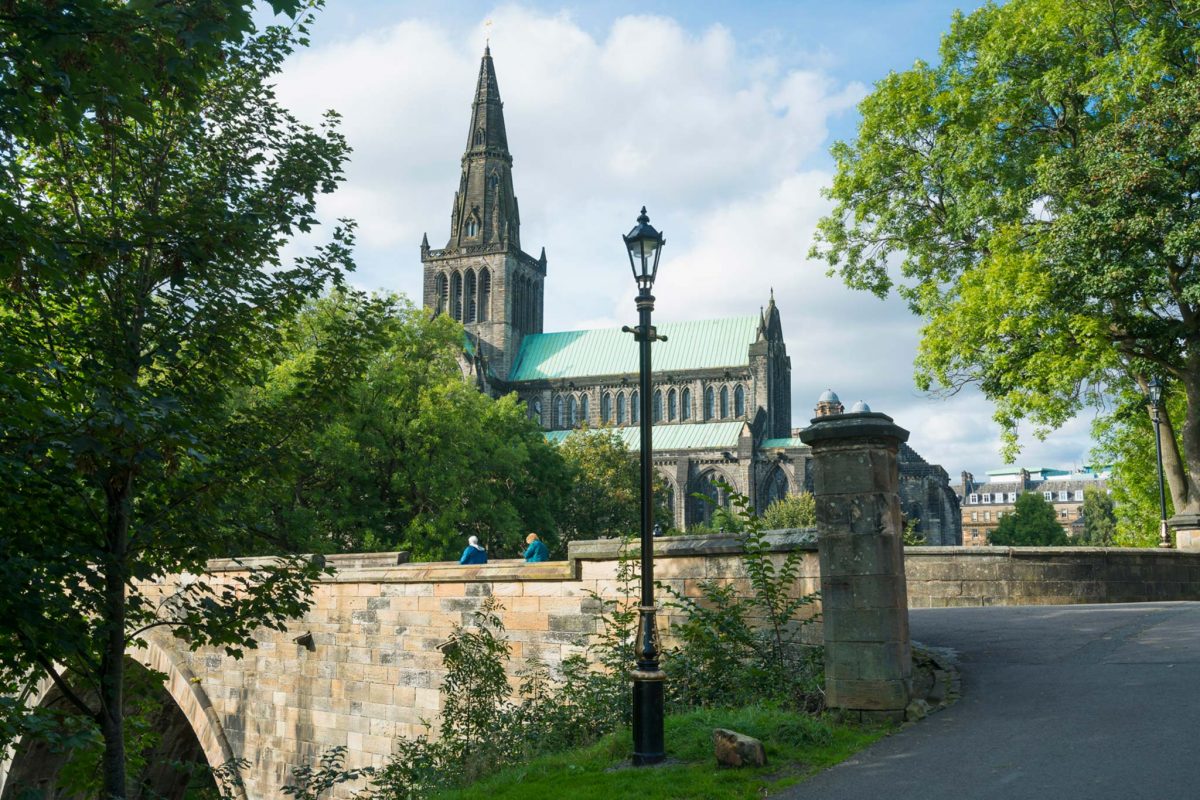 Marking the birthplace of the city of Glasgow, this medieval cathedral is a stone’s throw from the city centre and the ideal place to escape from the bustle of the city. The cathedral is the only one on the Scottish mainland to have survived the Reformation of 1560.

One of the finest university collections in the world is found at the Hunterian Museum and Art Gallery. Admire Roman artefacts, impressive ethnographic objects from Captain Cook’s Pacific voyages as well as the largest single holding of Charles Rennie Mackintosh works in The Mackintosh House.

Glasgow is well-known for its artistic flair with art-spaces and galleries across the city. Tramway is an international art-space for contemporary art. There are always exhibitions to see like the Children’s Exhibition until 26 August.

At BAaD in the East End, just a stone’s throw from the city centre, you will find a trendy hang out. Browse shops and studios from local artists, dine out at an award-winning restaurant, enjoy a cocktail, or grab a bite at Glasgow’s first shipping container street food yard. 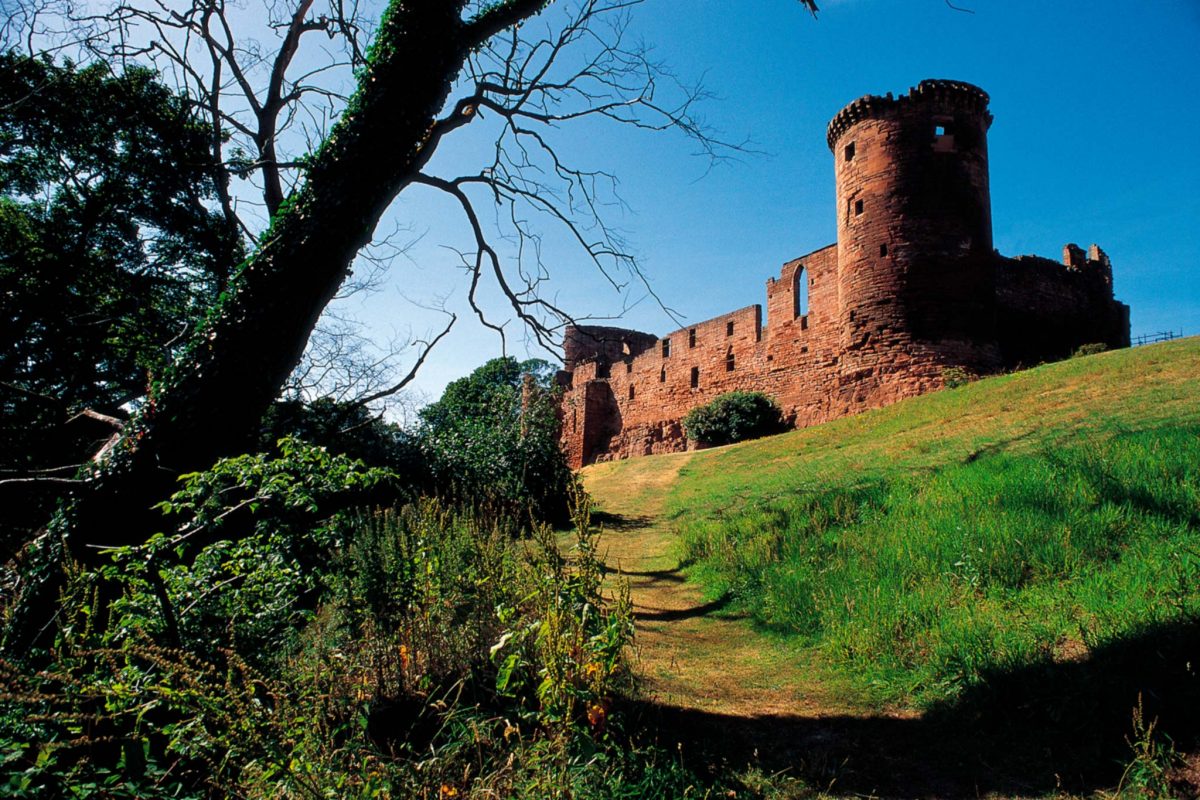 Catch the train from the city centre and venture out to Bothwell. A town with some excellent restaurants, a quaint main street, as well as Bothwell Castle one of the largest and finest 13th century castles in Scotland.

Based around the site of a 19th century ironworks, Summerlee in Coatbridge is a great free day out. Highlights include Scotland’s only operational heritage tramway, exploring the miners’ cottages through the ages from 1840 to 1980, and mine tours. 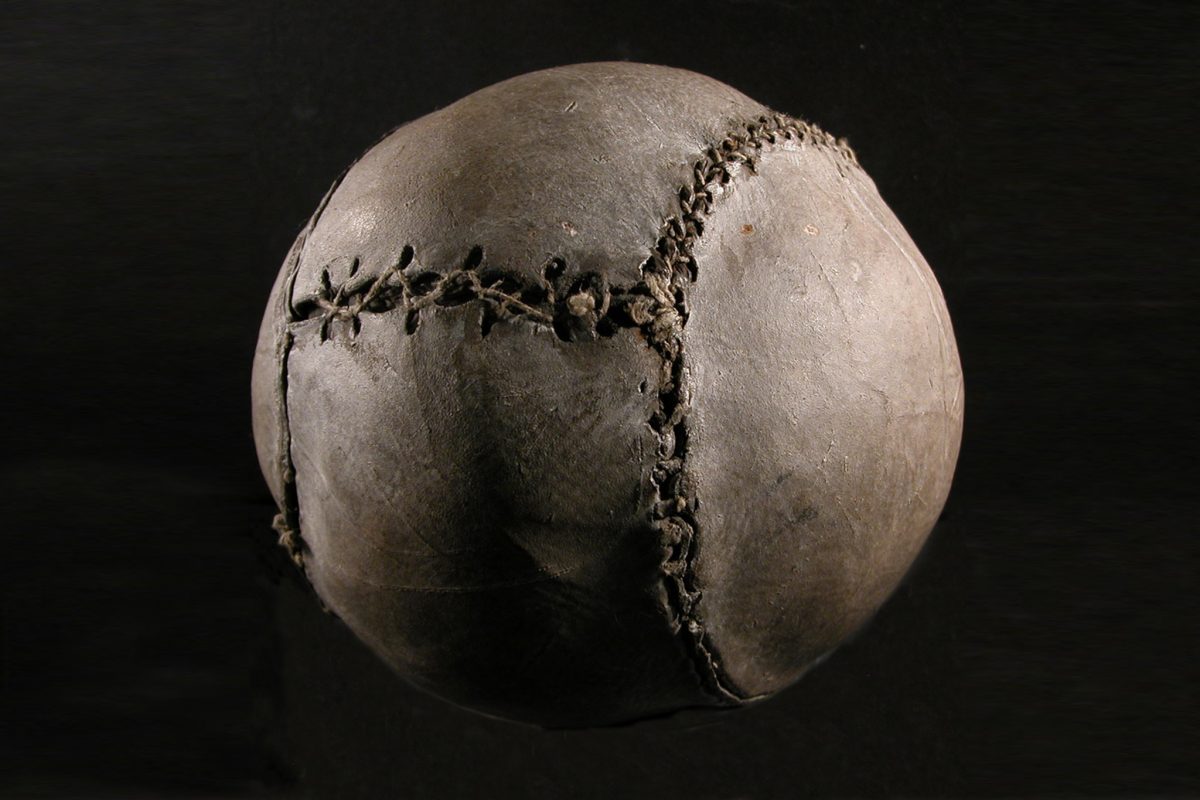 Ever wanted to see the world’s oldest football? Well, Stirling Smith Art Gallery & Museum is the place. Alongside the football, which was found in Stirling Castle, there are 40,000 other objects to admire which all celebrate the people, heritage and culture of Stirling. 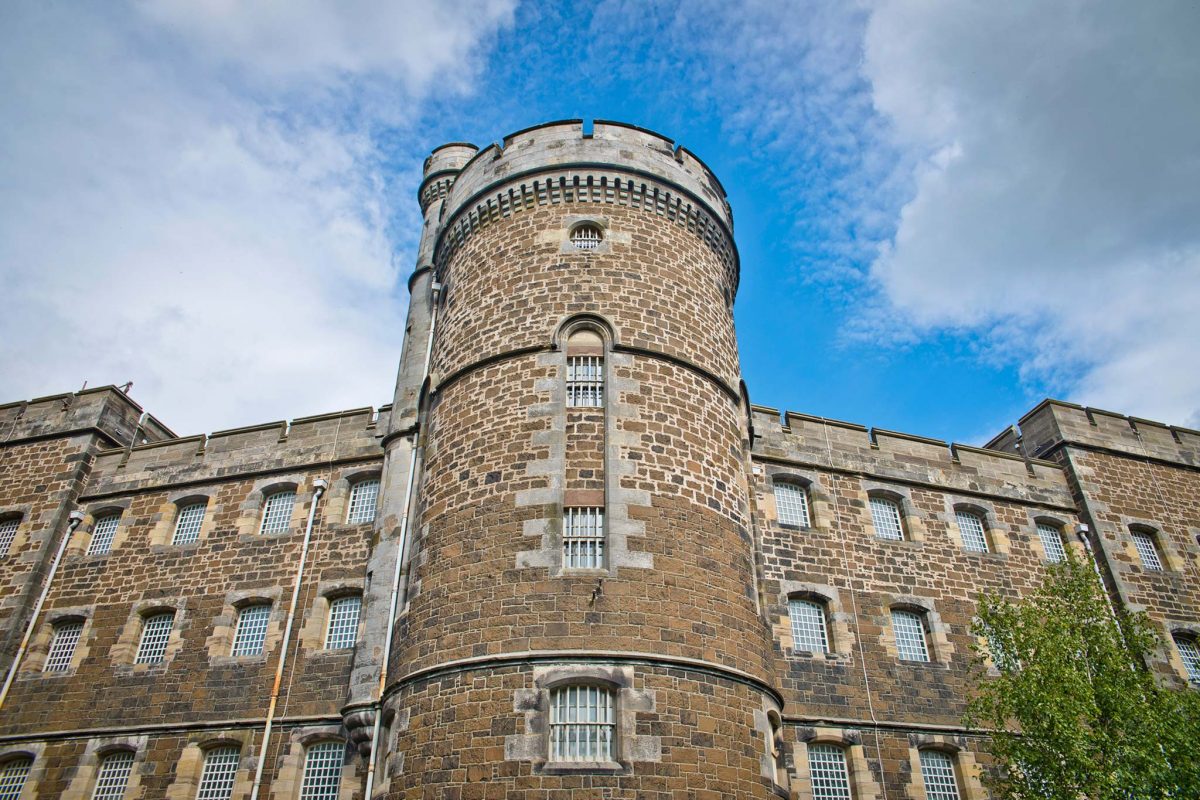 While in Stirling join a guided tour (if you’re brave enough) and learn all about the grim and gruesome history of Stirling’s Old Town Jail and its inmates. Your guide will truly bring the stories of the area’s heroes and of course villains to life.

Dunblane Cathedral is the larger of the two Church of Scotland parish churches serving Dunblane, near the city of Stirling, in central Scotland.The Cathedral was once the seat of the bishops of Dunblane until the abolition of bishops after the Scottish Reformation. Preserved within the arcaded nave are two early Christian stones, a cross-slab and a possible architectural frieze, survivals from an early medieval church on the same site, founded by or dedicated to the 'Blane' whose name is commemorated in the name of the town #stirling #dunblane #dunblanecathedral #scotland #scotland_insta #scotland_greatshots #church #cathedral #scotlandexplore #travel #travellers #traveller_stories #travellerlife #travel_captures #travelphotography #travellingram #instatravel #instagraphy #ig_shutterbugs #ig_captures #igtravel #magazinecover #natgeomyshot #shotsshotsshots #parishchurch #architecture_greatshots #architectural #architecture #travelwithme #heritage

As you walk through the narrow streets of Dunblane, you won’t miss the imposing Dunblane Cathedral. This spectacular medieval church dates back to the 12th century but the tower is from the late 11th century. Don’t forget to look out for Andy Murray’s gold post box too.

Explore the stunning landscapes of Rob Roy Country with the BliSS Trail, north of Stirling in the Loch Lomond & The Trossachs National Park. As you journey through the trail, you will see a variety of art installations, such as the ‘Soaring Eagle’ and ‘Stan the Stag’.

Scone Palace was the crowning place of Scottish Kings, including Macbeth, Robert the Bruce and Charles II, and a place where you really can walk in the footsteps of royalty. Today, it is the family home of the Earls of Mansfield near Perth but continues to breath history like nowhere else in Scotland.

Edinburgh counts down to Christmas