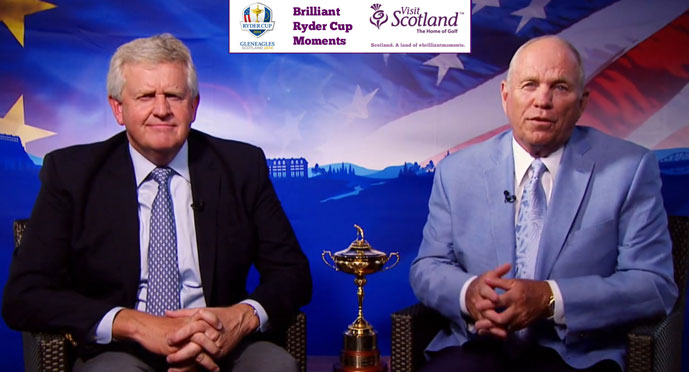 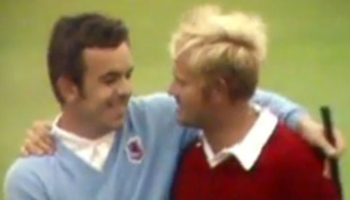 The famous ‘Concession’ at Royal Birkdale Golf Club has gone down in Ryder Cup history. After Jacklin’s eagle putt on the 17th hole evened his match with Jack Nicklaus, the latter conceded Jacklin’s two-foot putt on the 18th hole to half the match and tie that year’s Ryder Cup. The two walked off the course with arms around each other’s shoulder. 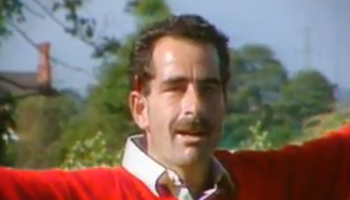 Sam was the hero of the hour after sinking the winning putt from 7 m that ended the US’ 50-year domination of The Ryder Cup and chalked up Team Europe’s first victory with a margin of five points to boot. 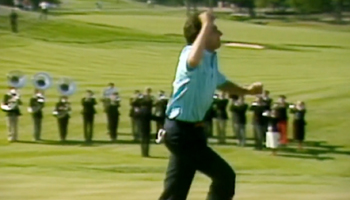 Although he says he is now ‘ashamed’ by it, Olazábal’s spontaneous flamenco on the green at Muirfield Village in Ohio summed up The 1987 Ryder Cup. With partner, golfing legend and fellow Spaniard Seve Ballesteros, he won three out of four matches to help secure Europe’s first victory on American soil. 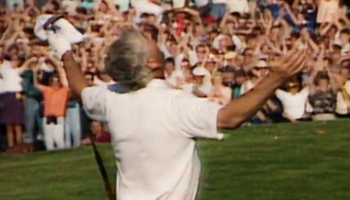 Irish golfer Christy O’Connor is best known for edging out Fred Couples during their match at The 1989 Ryder Cup at the Belfry. His stunning 2 iron shot on the 18th left him just 4 ft from the hole. The tournament was a draw with Europe retaining the trophy. 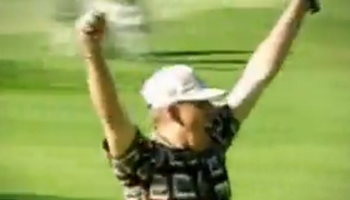 Leonard’s spectacular 50 ft putt on the 17th hole at the Country Club in Brookline, Massachusetts sent the home crowds into euphoria. The shot had potentially guaranteed Team US victory. The crowd invasion of the green that followed was premature and proved controversial as Leonard’s opponent José María Olazábal had yet to putt his ball. 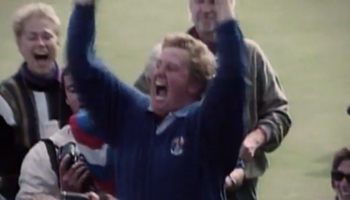 On his third captaincy at The Ryder Cup, Scot Bernard Gallacher lead the Team Europe to only its second win on American soil, overturning a final day deficit to snatch a victory thanks to rookie Irishman Philip Walton. 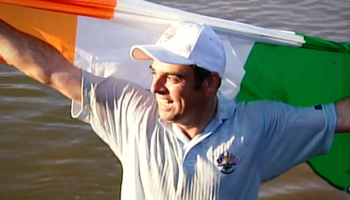 Paul McGinley’s 10 ft putt on 18th hole at the Belfry in 2002 in his match against Jim Furyk cemented the first of three consecutive wins for Europe in The Ryder Cup, and saw McGinley go for a celebratory dip in the lake. 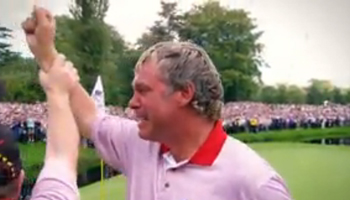 In an emotional appearance at the K Club in Ireland in 2006, Darren Clarke pulled out a show-stopping performance taking a point in each of his three matches, helping Europe romp to a 18½ – 9½ victory. He raised a fist to the sky with tears rolling down his cheeks when he beat Zach Johnston, a tribute to his late wife who lost her battle with cancer a few months previously. 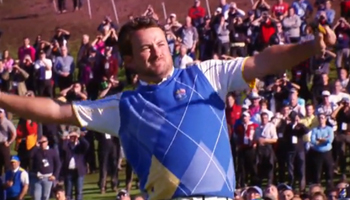 Rain forced the first four-day Ryder Cup at the Manor in 2010. After a storming run from Europe, the Americans fought back to a tie at 13½ – 13½ with just one match to play between Graeme McDowell and Hunter Mahan. GMac secured the win after a duff shot from Mahan on the 17th, taking Europe to another victory. 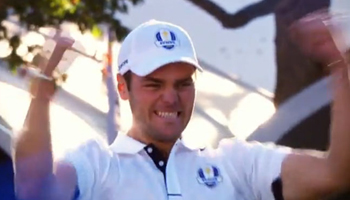 Holding his nerve after a misread attempt to putt on the 18th at the Medinah Country Club in Illinois, the German golfer made a 8 ft putt with steely precision to strike a decisive blow to the Americans and retain The Ryder Cup for Europe.

Go vote for your favourite Ryder Cup moment now and if yours matches the one Montgomerie and Harmon’s both agree on, you’ll be entered into a prize draw for the ultimate Ryder Cup trip for you and three friends, courtesy of VisitScotland and SkySports. Find out more and vote now.

Nick Dougherty Talks About His Trip To Gleneagles

14 Different Days Out in Scotland

Solheim Cup 2019: Everything You Need to Know