OK, I’ll admit it – volcanoes aren’t necessarily the first thing you’d think of to visit in the UK. Not live ones at any rate. But believe it or not, Scotland was once strewn with violent active volcanoes, spewing ash and lava in what are today serene and beautifully rugged landscapes. You may have already visited a volcano but you just didn’t know it at the time.

Travel magazine Wanderlust recently published its Top 9 must-see volcanoes in the UK – 5 of them are in Scotland, which we’ve showcased for you below. One or two of them may come as a surprise.

1. Arthur’s Seat, Edinburgh
Few people realise it but the large outcrop that dominates Edinburgh’s skyline is in fact a dormant volcano. First erupting 350 million years ago, Arthur’s Seat now offers the best panoramic views of the Scottish capital by far. The ascent to the top of it is a must for any visitor to the city, and can be done fairly easily with the many trails up its slopes. The easiest route up is from Dunsapie Loch, but due care and attention should be given at all times as it is rocky and can be steep in places. You can even still see layers of volcanic rock. Personally, I prefer walking around Salisbury Crags, the lower fringes of Arthur’s Seat, where you can picnic in summer and watch city life play out below you. 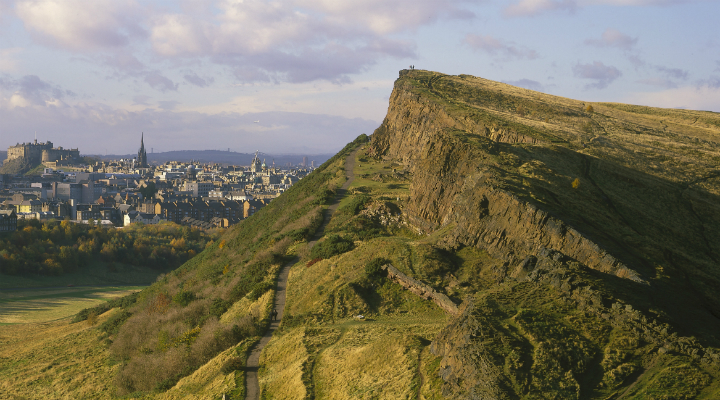 2. Castle Rock, Edinburgh
Scotland’s top visitor attraction sits atop Edinburgh’s other unassuming former volcano, Castle Rock. First formed by eruptions 340 million years ago, it was many millennia before someone decided the 80 m cliffs of this extinct volcano would make a very good defensive position. And so the city as we know it today first came into being with the building of Edinburgh Castle and the Old Town. The castle itself is steeped in history, being the focus of many of the main events in the country’s turbulent history. It has also been a residence of such ill-fated figures as Mary Queen of Scots. If you visit today, you can view the former Queen’s apartments as well as the Scottish Crown jewels and the 12th century St Margaret’s Chapel, the oldest building in Edinburgh. 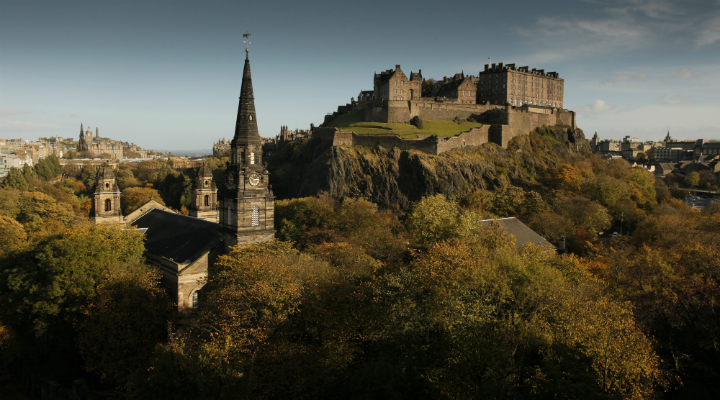 3. Glencoe, Highlands
Ubiquitous with Scotland, Glencoe is perhaps one of the most well-known and most visited glens in the country. You guessed it – it also used to be a volcano (you’ll have perhaps noticed that there’s a pattern emerging here). A super volcano, no less. These days, the dramatic beauty of Glencoe, sculpted by volcanic eruptions and the slow passage of glaciers, attracts the attention of hikers and hillwalkers, mountain climbers, skiiers, snowboarders and mountain bikers, depending on the season. 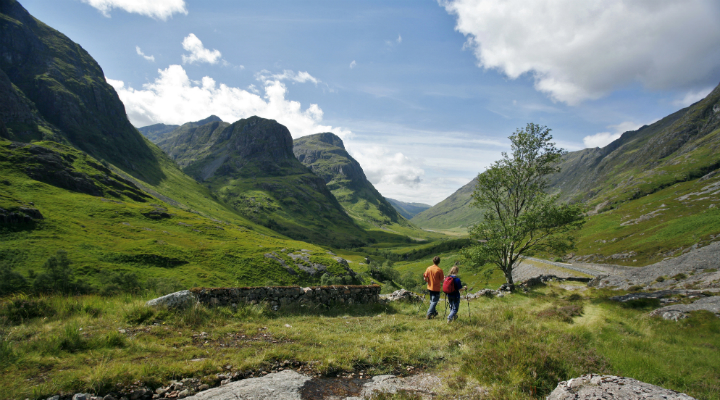 4. The Black Cuillin, Isle of Skye
You might recently have seen the Cuillin in The Ridge, Danny Macaskill’s stunning cycling video. As breathtaking as it is, I wouldn’t recommend copying him though. The ascent to the 7-mile-long ridge is not for the inexperienced or faint-hearted. There are walking routes you can take to suit your ability which will lead you through one of the most stunning parts of Scotland – the Isle of Skye. Alternatively, you can enjoy views of the volcanic Cuillin by driving along the winding A87. 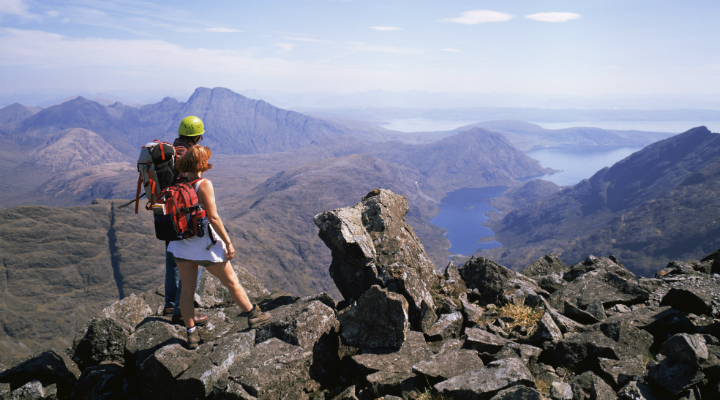 The Cuillins, Isle of Skye

5. Ardnamurchan, Highlands
Set in one of Scotland’s three Geoparks – areas designated because of their geological importance – this wild and undisturbed peninsula is the mainland UK’s most westerly point. Formed by persistent eruptions 55 million years ago, it is an ideal spot for walking or cycling with a wide range of trails and routes on offer. One of the best takes you along the peninsula clifftops, formed by the first eruptions, to the haunting ruins of Mingary Castle. 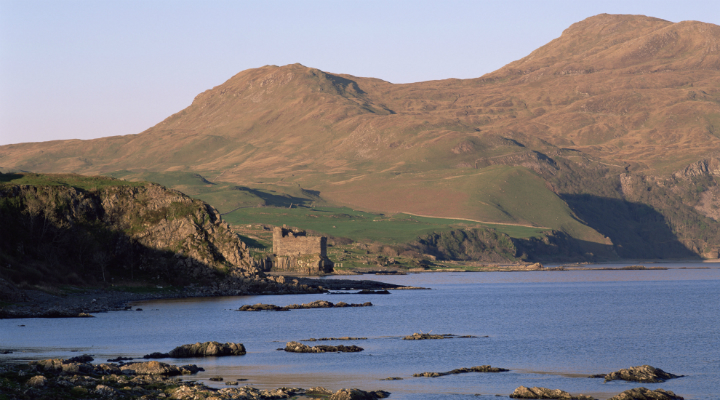 Volcanoes are only the tip of the iceberg. To find out more about outdoor adventures in Scotland, visit the active section on our website for more inspiration.