A good spooky story is not just for Halloween. If the legends are to be believed, there could be a few bumps in the night not just on 31 October, the most ghostly night of the year, but every night.

To get you into the ‘spirit’ of things, we’ve uncovered some spine-chilling, Scottish ghost stories from our creepiest castles, most sinister houses and eeriest moors. 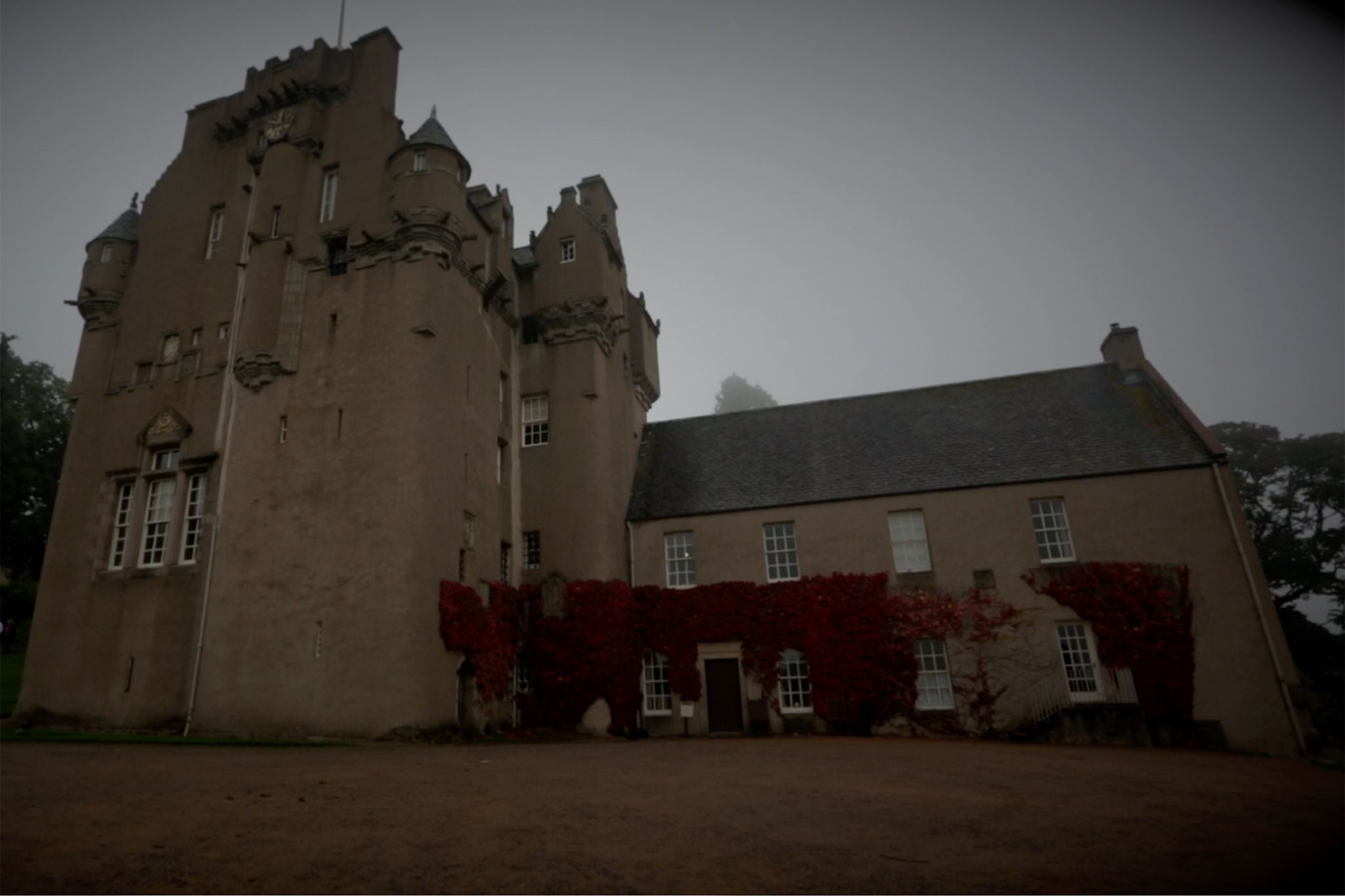 With enchanting turrets, towers and ornate rooms, Crathes Castle near Banchory certainly looks like a place spirits would haunt. The castle was first built in the 1500s by the Burnett family with the brooding tower house still standing. It is said to be haunted by the restless spirit of the Green Lady, a ghostly apparition dressed in a green robe. It is said that she was a servant girl or a ward of the Laird who disappeared soon after having a child. In the 1800s, skeletal remains were found behind the fireplace in a room she has been spotted in. 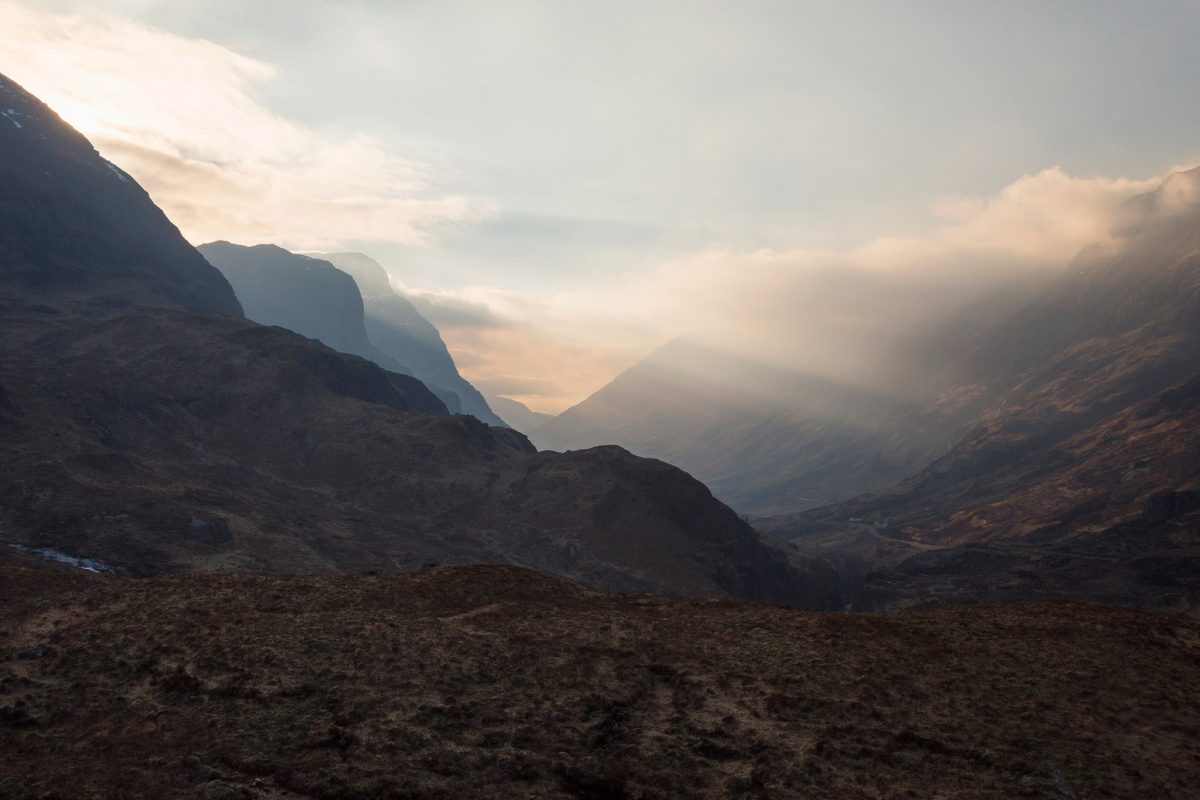 The brutal Glencoe, which took place on 13 February 1692, is one of the bloodiest incidents in Scotland’s history. The story goes that a troop of soldiers – acting on government orders – posed as friendly visitors before attacking their hosts, Clan Macdonald, while they lay sleeping in their beds, murdering 38 men, women and children. Other members of Clan Macdonald are reported to have fled to the surrounding mountains, but died of exposure in the bitterly cold mountain landscape. Nowadays people have claimed to see re-enactments of the slaughter, or have heard screams in the glen, particularly around the anniversary of the massacre. 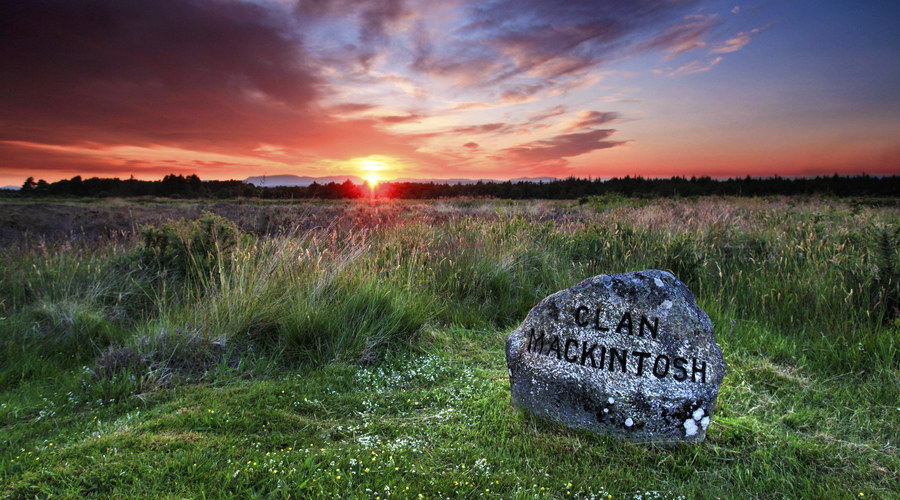 Sunset over Culloden Battlefield, near Inverness

It was on this bleak moor in 1746 that the bloody battle of Culloden took place near Inverness. In barely 40 minutes, thousands of clansmen were cut down and the army of Bonnie Prince Charlie was defeated, ending the Jacobite rebellion. Cries, sword clashes and gunfire have all been heard at the battlefield and a forlorn looking Highlander is said to haunt the area, allegedly murmuring the word ‘defeated’ when encountered.

Perched high above the Scottish capital, world-famous Edinburgh Castle is thought to be one of the most haunted places in Scotland and there have been numerous reports of paranormal activity over the years. Former prisoners are said to haunt the dungeons and a headless drummer, first seen shortly before Oliver Cromwell attacked the castle in 1650, has also been spotted. Although many people have heard the sound of his drums coming from the battlements, his physical appearance is rare and is said to foretell danger for the castle. 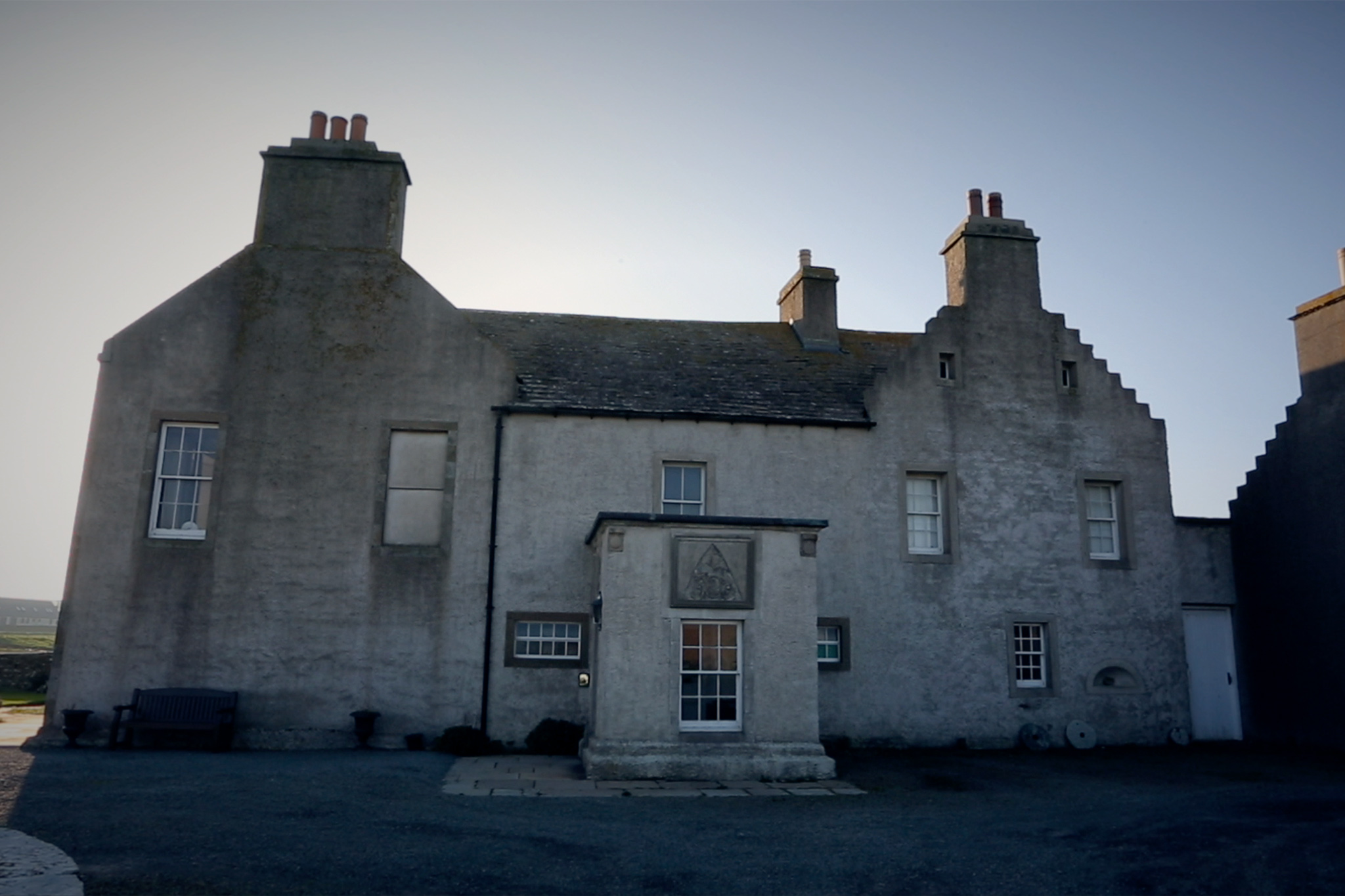 Built in the grounds of a Neolithic settlement at Skara Brae in Orkney, Skaill House sits on land inhabited for over 5,000 years. It is said it could be built on top of an ancient Pictish burial ground, which could be why there have been so many sightings of ghostly figures in empty rooms and odd occurrences like the sudden waft of cigarette smoke. There’s one particular spirit that most intrigues visitors to the Skaill. 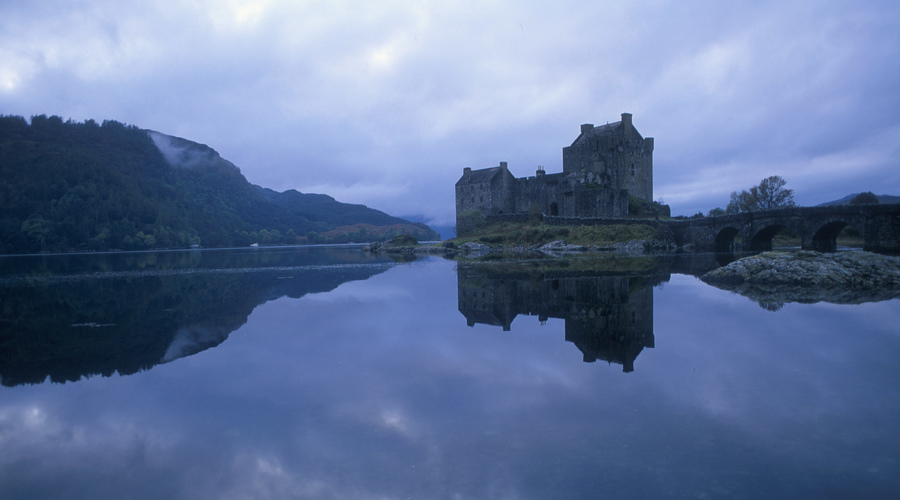 One of the most photographed castles in Europe, if not in the world, Eilean Donan Castle near Kyle of Lochalsh is said to be haunted by a Spanish soldier who was killed in a siege in 1719 during the first Jacobite rebellion. The ghost of ‘Lady Mary’ has also been spotted in one of the castle’s bedrooms. 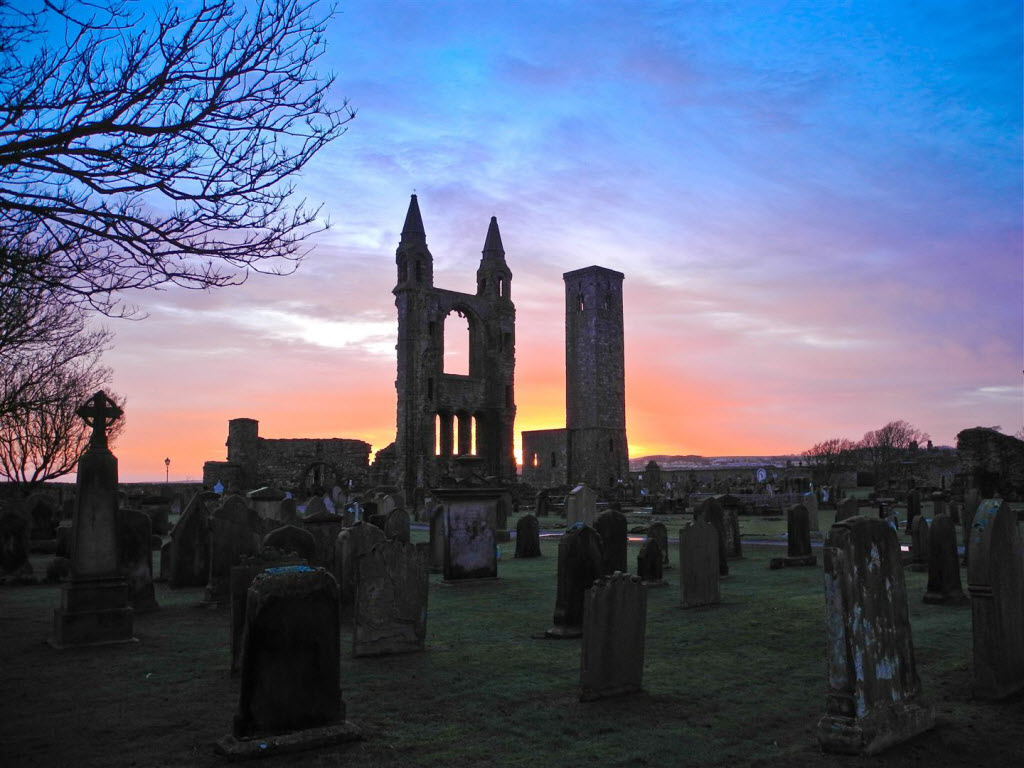 St Andrew’s Cathedral is rumoured to be haunted by two ghosts, a friendly monk who has been encountered on the stairs at St Rule’s Tower, and the beautiful White Lady. For the past 200 years people have reported sightings of a lady wearing white gloves, gliding through the grounds before vanishing at the cathedral’s haunted tower. Legend has it that stonemasons, repairing the haunted tower in the Fife town, broke through into a sealed chamber and found a number of coffins. One lay open and contained the well-preserved body of a young woman, wearing white gloves. 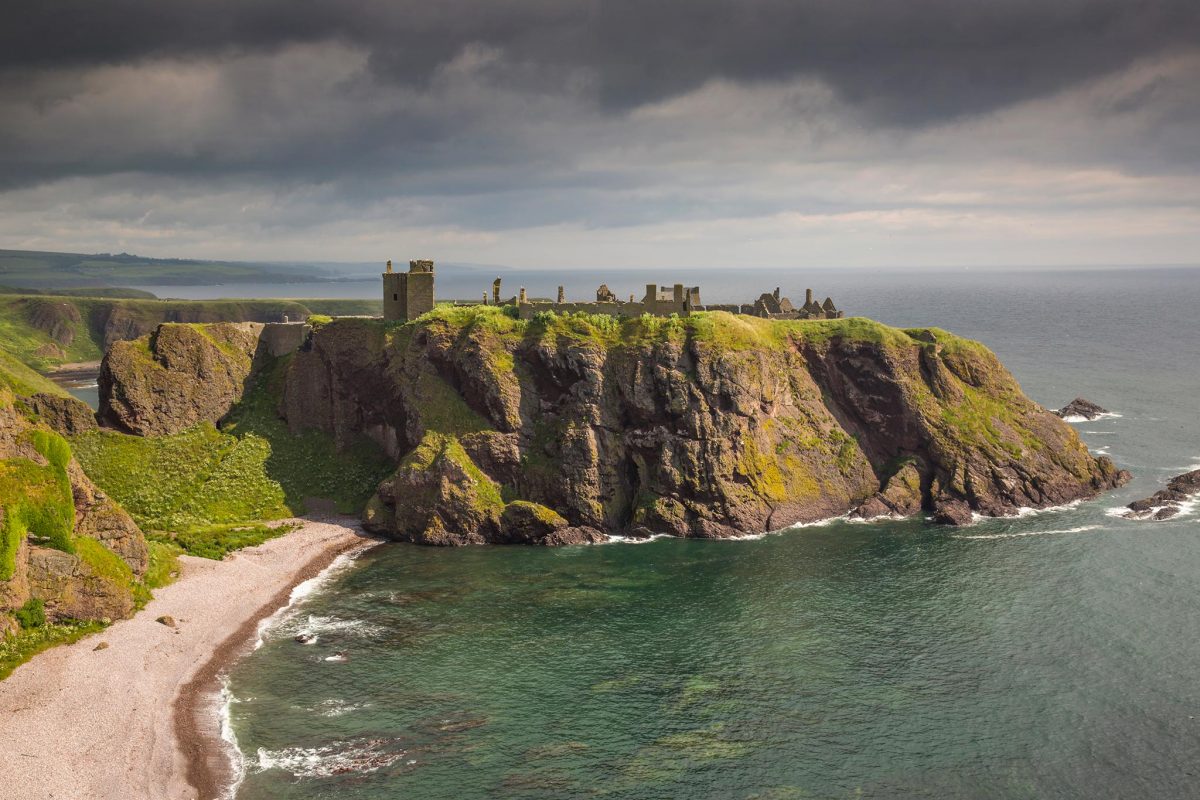 Dunnottar Castle near Stonehaven has been the scene of many dramatic chapters in Scotland’s history and is home to several ghosts. A girl dressed in a plaid dress has been seen in the brewery while a Scandinavian-looking man was spotted going into the guardroom. 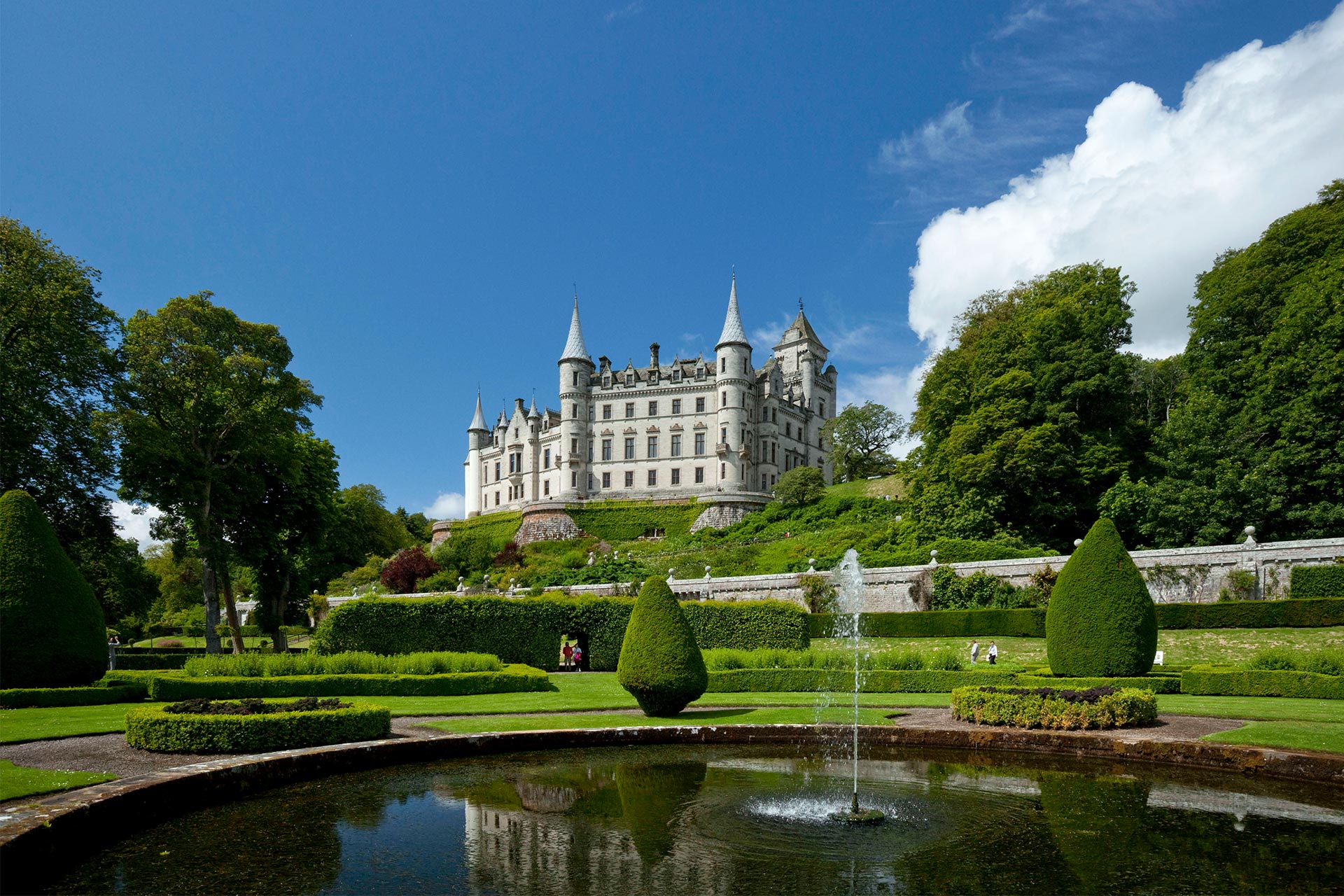 Dunrobin Castle, near Golspie, Sutherland in the Highlands

A young woman is said to haunt the Seamstress’s Room in the upper floors of Dunrobin Castle, near Golspie. The story goes that in the 15th century the Earl of Sutherland imprisoned a beautiful young woman from a rival clan, with plans to marry her. She tried to escape by climbing down a rope of sheets, but fell to her death. Sounds of her crying can still be heard coming from the room to this day. 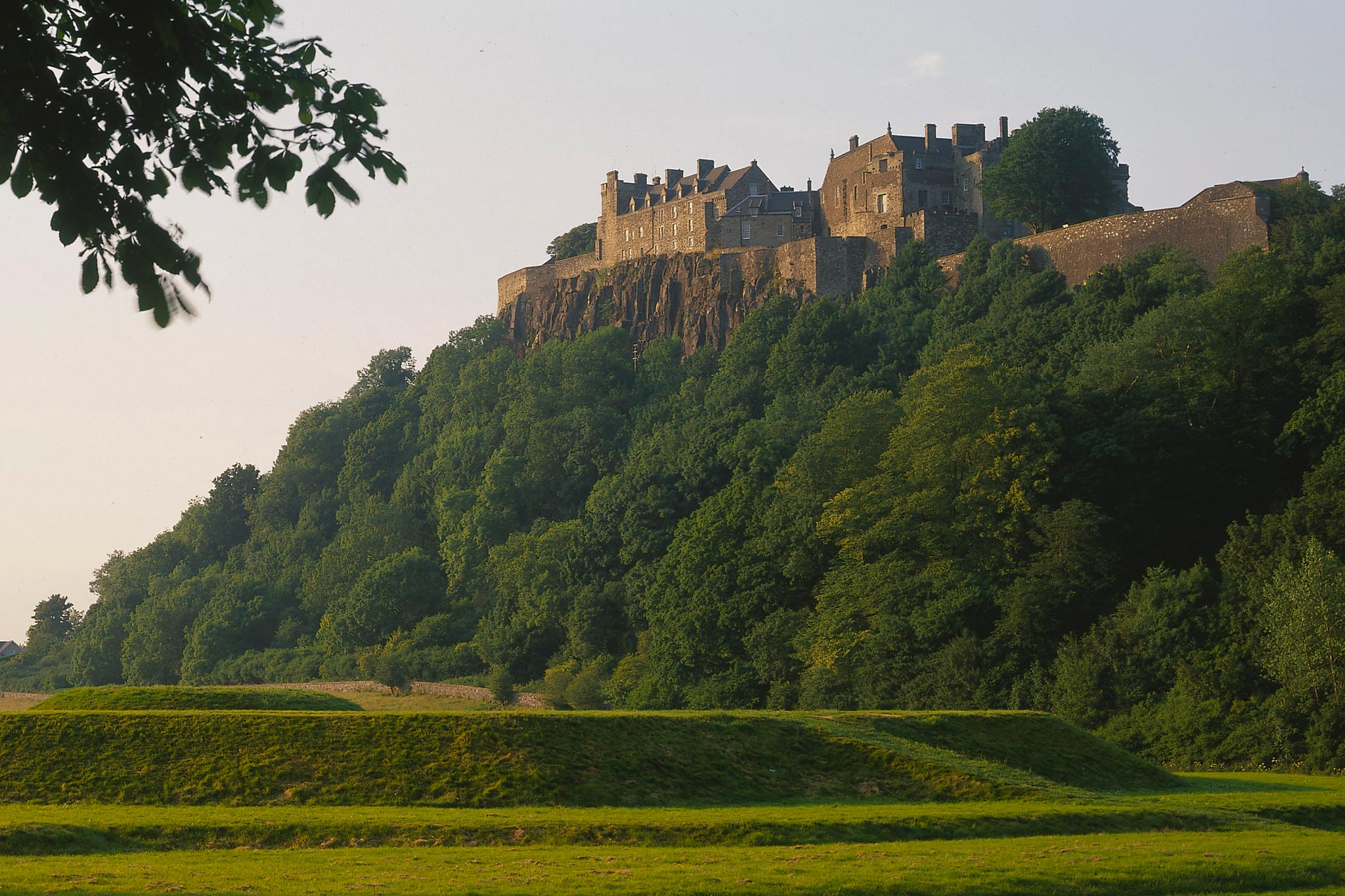 One of the most important castles in Scotland’s history, Stirling Castle is reportedly haunted by a ghostly Highlander, dressed in full traditional costume, complete with kilt. He is often mistaken for a tour guide and stories have been told of visitors approaching him, only for him to turn away and disappear before their eyes. Hanging on a cliff face on the Ayrshire coast, Culzean Castle looks every bit as haunting on the outside as it is inside. Several ghosts are said to roam the castle, including a young woman wearing a ballgown and a ghostly grey mist, which was spotted moving up the grand oval staircase. A ghostly piper is also said to play his pipes in the grounds, particularly when a member of the Kennedy family is about to get married, and he has also been heard playing on stormy nights, mixed in with the sound of wind and crashing waves from the ocean. 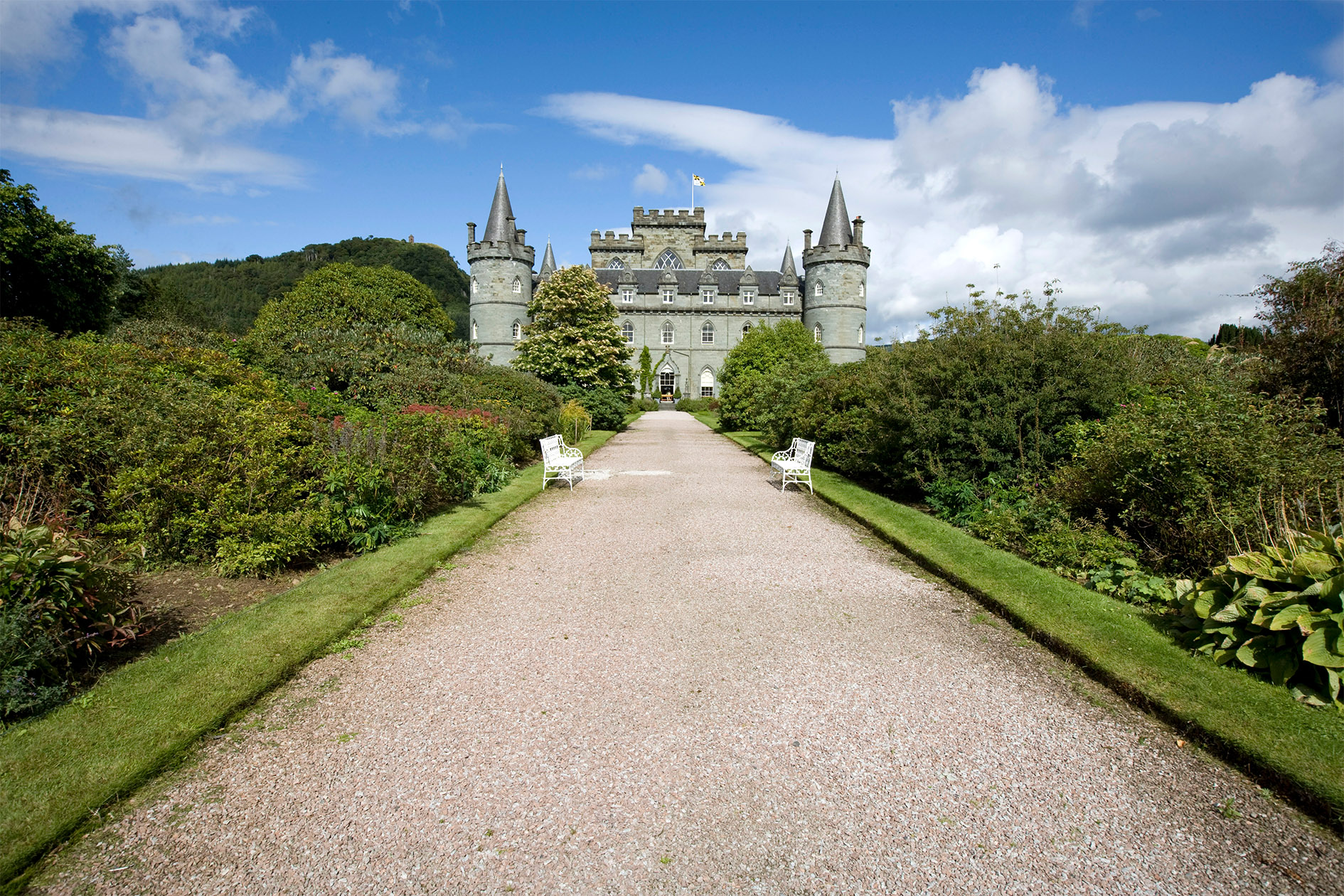 Beautiful Inveraray Castle, set on the shores of Loch Fyne, is said to be haunted by a number of ghosts. A young Irish harpist, who was killed by the Duke of Montrose’s men in 1644, reportedly haunts the MacArthur Room while the castle’s ‘grey lady’ has only been seen by daughters of a Duke of Argyll. Another spooky apparition is the ghostly ‘Galley of Lorne’, which can be seen floating away on the horizon when a Duke dies. 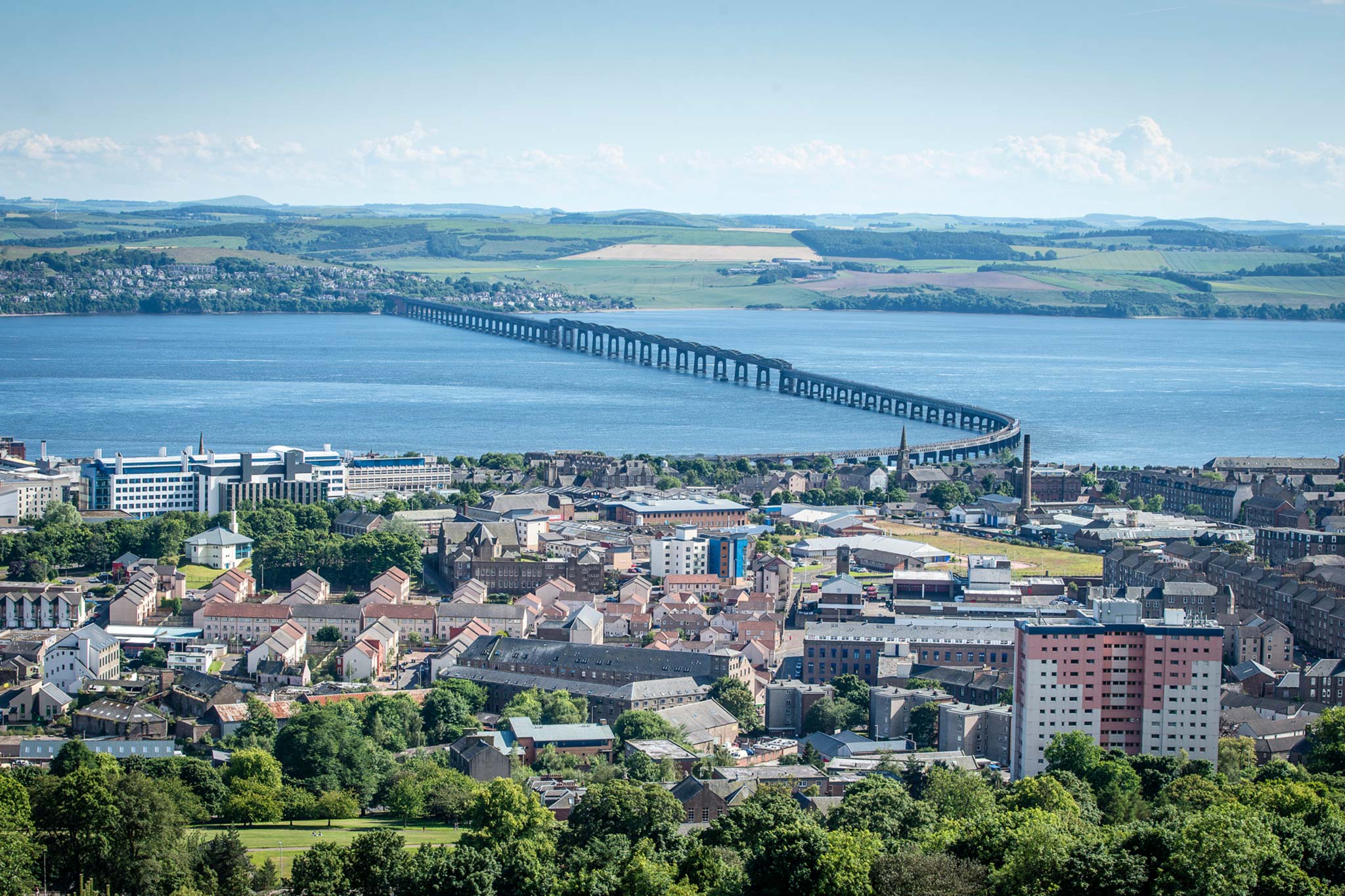 The Tay Rail Bridge as seen from Dundee Law

The Tay Bridge disaster is one of the most memorable engineering catastrophes in Scotland’s history. On 28 December 1879, just two years after it was opened in Dundee, the bridge was hit by a terrible storm which weakened its central section and caused it to collapse while a passenger train was crossing, killing all on board. It is said that on the anniversary of the disaster a ghostly train can be seen crossing the part of the Tay where the ill-fated bridge would have stood before disappearing at the point of the collapse. What remains of the old bridge’s pillars can still be seen beside the current Tay Bridge.

Find out more about Halloween in Scotland and discover Scottish Halloween traditions.

14 Reasons Why You Should Visit Scotland in 2020

12 Hidden Gems to Uncover in Fife