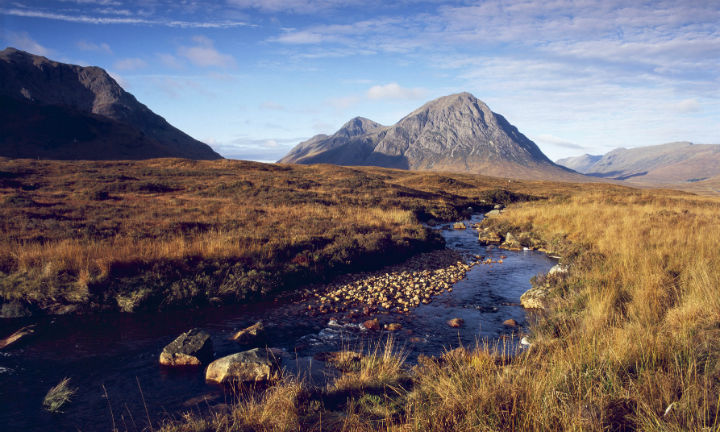 Don’t miss out on Highland Homecoming 2014 – what better excuse to visit the Scottish Highlands this autumn?

If the thought of autumn makes you wish summer would last forever, we’ve got just the thing that will have you looking forward to the arrival of chillier temperatures and falling leaves. Check out our jam-packed Highland Homecoming programme for an exciting preview of this two-month celebration of the very best in contemporary Scottish culture and Highland heritage.

Set over September and October, Highland Homecoming offers a wonderfully diverse array of events covering everything from arts and music festivals to Highland games, sporting extravaganzas, delicious food and drink, and much more.

Our video above gives you a taster of some of the events you can enjoy at Highland Homecoming.

Here are just some of the events you’ve still to look forward to:

Showcasing more than 80 music, dance, film, and culinary events from 5-13 September at locations across the Highlands and islands, this year’s Blas Festival promises to be better than ever with performances on-board a cruise on Loch Ness and a massive dance event at Inverness Airport.

Held from 12-14 September, the Inverness Highland Meeting will see a spectacular clan parade in the city centre along with a ceremony to celebrate the 150th anniversary of the Northern Meeting Park, the world’s oldest Highland games stadium. Clans and athletes will gather on the banks of the River Ness for a celebratory weekend of Highland games, including special heavy events, called the Masters World Championships.

Held on 20 September, Invercharron is the final fixture in Scotland’s Highland games calendar and is where many of the Scottish Games Association league results are decided, making it one of the most exciting events of the season.

From 26-28 September the well-loved second hand bookshop Caberfeidh Horizons will once again be hosting a literary extravaganza of authors’ readings, writing workshops, and plenty more.

From the team which brought you the magnificent Battle of Prestonpans Tapestry comes yet another landmark art project celebrating Scotland’s unique heritage. From 27 September to 25 October, 25 communities will pay homage to their Scottish roots with a series of embroidered panels. Created by volunteers from around the globe, don’t miss this unique insight into the profound impact made by Scottish migrants in their adopted homelands.

Set against some of Scotland’s most stunning natural backdrops, this marathon, held on 28 September, offers the unique chance to put your physical stamina to the test while soaking up the glorious Highland scenery and keeping a look out for Nessie.

Running from 10-17 October, the world’s premier Gaelic festival is a fantastic opportunity to become immersed in the indigenous language and culture of Scotland.

Fancy polishing up on your fiddling skills and getting together with other like-minded musicians for a week of toe-tapping fun? Then head to Beauly from 10-17 October for the chance to take part in sessions, masterclasses, concerts, first-class craic, and tuition from the legendary Blazin’ Fiddles themselves and their guests.

What does home mean to you? This ambitious project taking place 18-31 October gives you the chance to answer just that, as well as get to grips with a whole host of new crafts along the way. An exchange project between Canadian artists and the members of the Iona Gallery located in the Cairngorms National Park, try your hand at quilting, patchwork, rag-rugging, felt-making, collage and appliqué, and create your own contribution to this unique exhibition.

Get in touch with your Pictish and Norse roots at the Caithness Horizons Museum in Thurso. During the weekend of the 24 – 25 October, visitors to the museum can take part in a traditional Norse Vetrablot, or harvest festival.

Gaze up at the twinkling night sky on the Isle of Skye, free from the light pollution that obscures the stars in towns and cities. Head to the Clan Donald Centre on 25 October and get together with fellow astronomy enthusiasts.

The hallowed ground of Culloden Battlefield serves as the backdrop for two gripping races. Choose between either the 10k or 17.46k route, both of which start and finish from the National Trust for Scotland’s Culloden Visitor Centre. Runners successfully crossing the finish line will be rewarded with a medal and goody bag.

Don your most ghoulish gear and take to the wooded beauty spot of Ness Island with your family for a Halloween celebration from 30-31 October you won’t forget!

Will you be heading north this autumn to take part in this once-in-a lifetime event? Share your experiences with us using #Homecoming2014.

Get the lowdown on other Highland Homecoming events and find out more at Homecoming Scotland. Don’t forget to download the app.