Whether it’s lazy days in city parks, hard-earned mountaintop views or boat trips around the coast, we love seeing how you’re enjoying all that Scotland has to offer. We’ve been flicking through the 31 fantastic images that we featured as our Photos of the Day on Instagram last month, and after much deliberation we’ve managed to whittle them down to our top 5. Have a look at May’s brilliant moments, captured by talented Instagram users around Scotland: 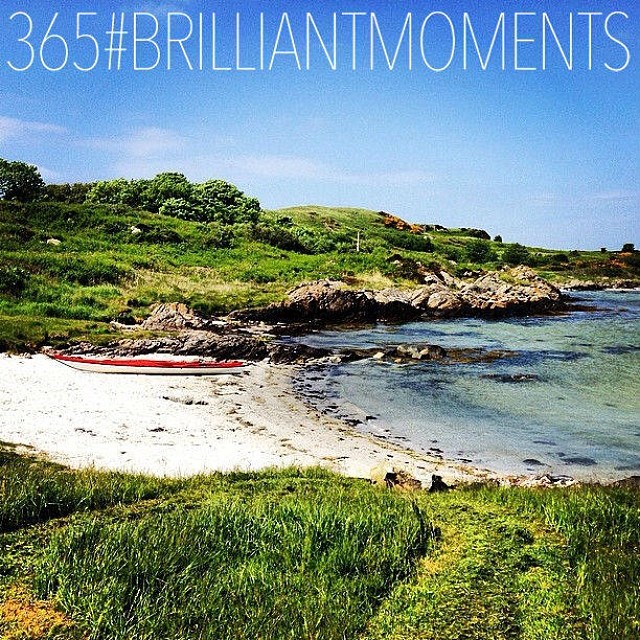 Isle of Gigha, Argyll & the Isles
Clear blue sky, lush green banks and sand so white you practically need sunglasses to look at it – if you needed proof that Gigha is an island paradise, @bumblebambi just provided it with this brilliant photo. Hop on a ferry from Tayinloan on the west coast of Kintyre and in just 20 minutes you’ll find yourself on this tiny Hebridean isle, the perfect destination for keen walkers, wildlife spotters and anyone who likes a nice, quiet beach. Make sure you check out Achamore Gardens, a colourful haven home to rhododendrons, azaleas and even a few peacocks. 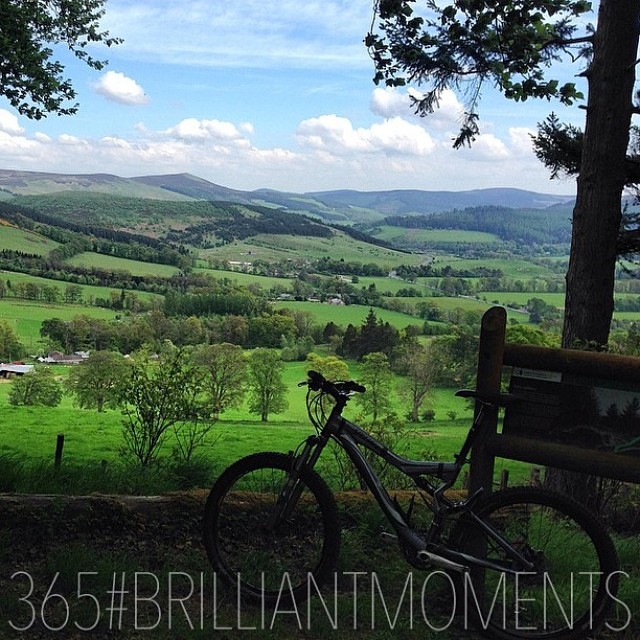 Janet’s Brae, Peebles
@reizkulter took a breather from cycling in the Tweed Valley to capture the stunning view from the top of Janet’s Brae, near Peebles. The contrast between the darker foreground and the sunlit background makes for a fantastic shot, especially with so many vivid shades of green to take in. I’m not much of a cyclist, but this pic makes me want to hop on a bike and go wheeling through the countryside!

Find out more about the Tweed Valley Forest Park and cycling in the Scottish Borders and get inspired for your own two-wheeled trips around Scotland. 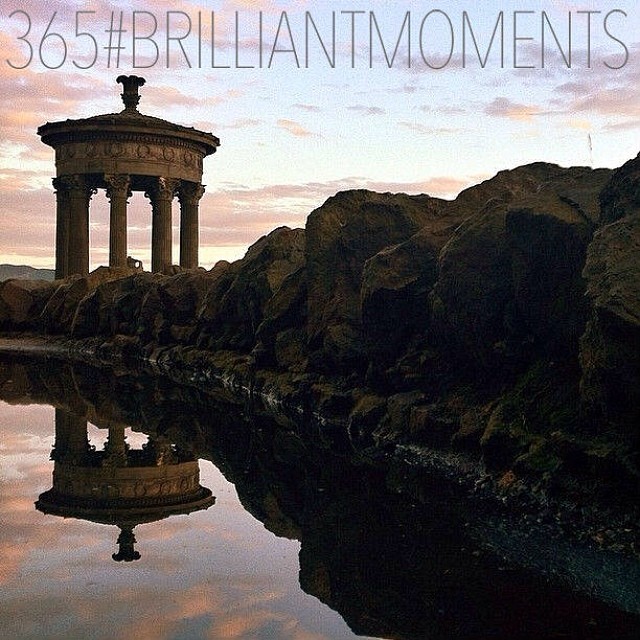 Calton Hill, Edinburgh
Many a great photo has been taken upon Calton Hill, but I’ve never seen one like this before. @danmaika took this fantastic picture of the iconic Dugald Stewart Monument against a backdrop of pale pink sky, all mirrored in a pool of water and surrounded by dark rocks. I really like the juxtaposition between the ornate, man-made monument and nature’s rough, rugged stones, while the stillness of the reflection gives the impression of a perfectly tranquil evening.

If you’re visiting Edinburgh, make sure you take a wander up Calton Hill to see its striking monuments and enjoy the panoramic views over the city – a real treat for photographers. 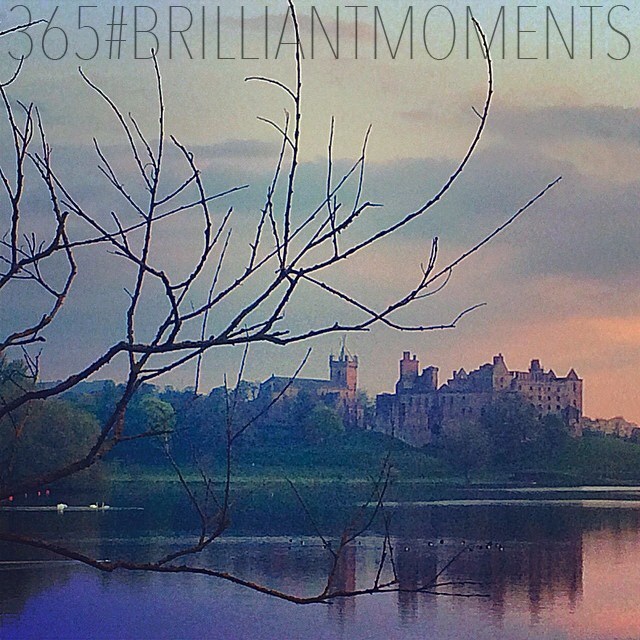 Linlithgow Palace
@berriestagram peeked out from between the trees to get this lovely sunset shot of Linlithgow Palace in West Lothian. It looks a little bit like a fairy tale castle with those pink and blue tinges, don’t you think? Once home to Scottish monarchs – James V and Mary Queen of Scots were both born within its walls – the Palace’s magnificent ruins are now one of West Lothian’s most popular tourist attractions. Pay it a visit to explore the majestic great hall, marvel at ornate sculptures and look out for swans and ducks, like the ones spotted in this pic. 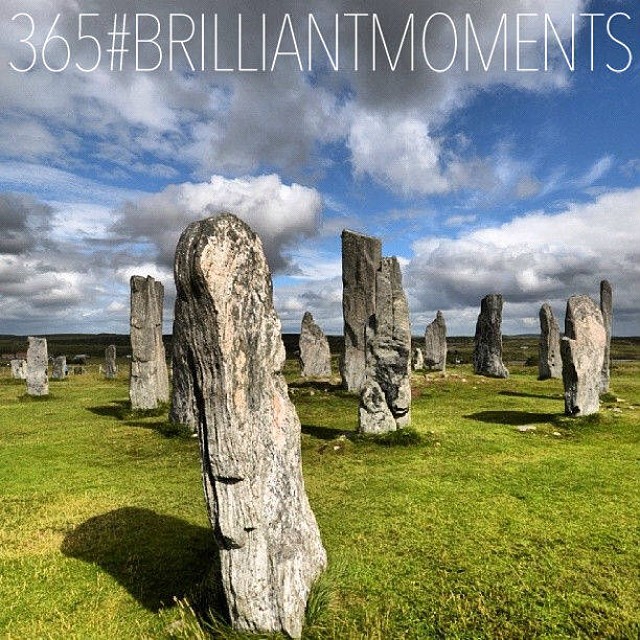 Calanais Standing Stones, Lewis
According to Hebridean folklore, the Calanais Standing Stones were once giants who refused to be converted to Christianity by Saint Kieran and were turned into stone as punishment. It’s easy to see where the story came from in this striking photo. The composition and colours are brilliant here, and the darkening clouds add a touch of drama to the scene. Nice work, @alemutti76!

The stones are, of course, an absolute must-see if you’re visiting Lewis. Don’t miss out on the Gearrannan Blackhouse Village and the Doune Broch, both just a short drive away.

What brilliant moments do you have planned for June? Share them with us on Instagram tagging them #brilliantmoments, and you might see yours featured in next month’s top 5! Good luck!