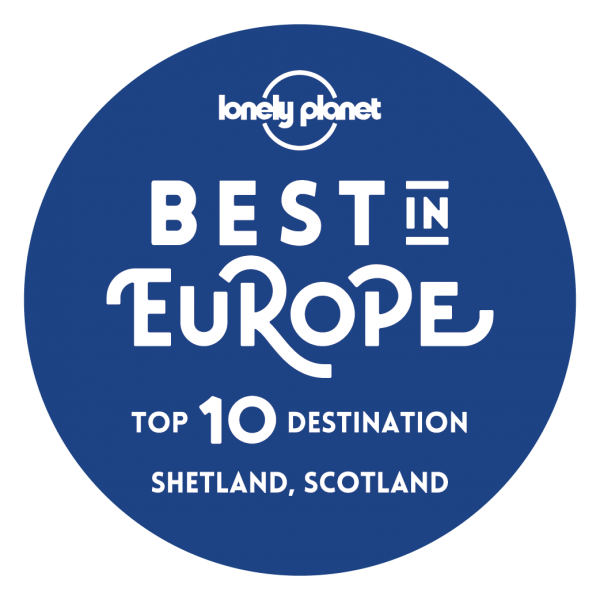 Looking for the perfect Scottish island escape? Located between Norway and mainland Scotland, the Shetland Isles have some of the most incredible landscapes in the UK with an abundance of rare wildlife and a Viking heritage second to none.

And they were awarded Lonely Planet’s Best in Europe 2019 as one of Europe’s top destinations, so now is the perfect time to head 60 degrees north!

To celebrate this fantastic accolade, we’ve collated the most awe-inspiring images of those spectacular islands and 12 reasons why you should visit the most northerly point of the UK this year! 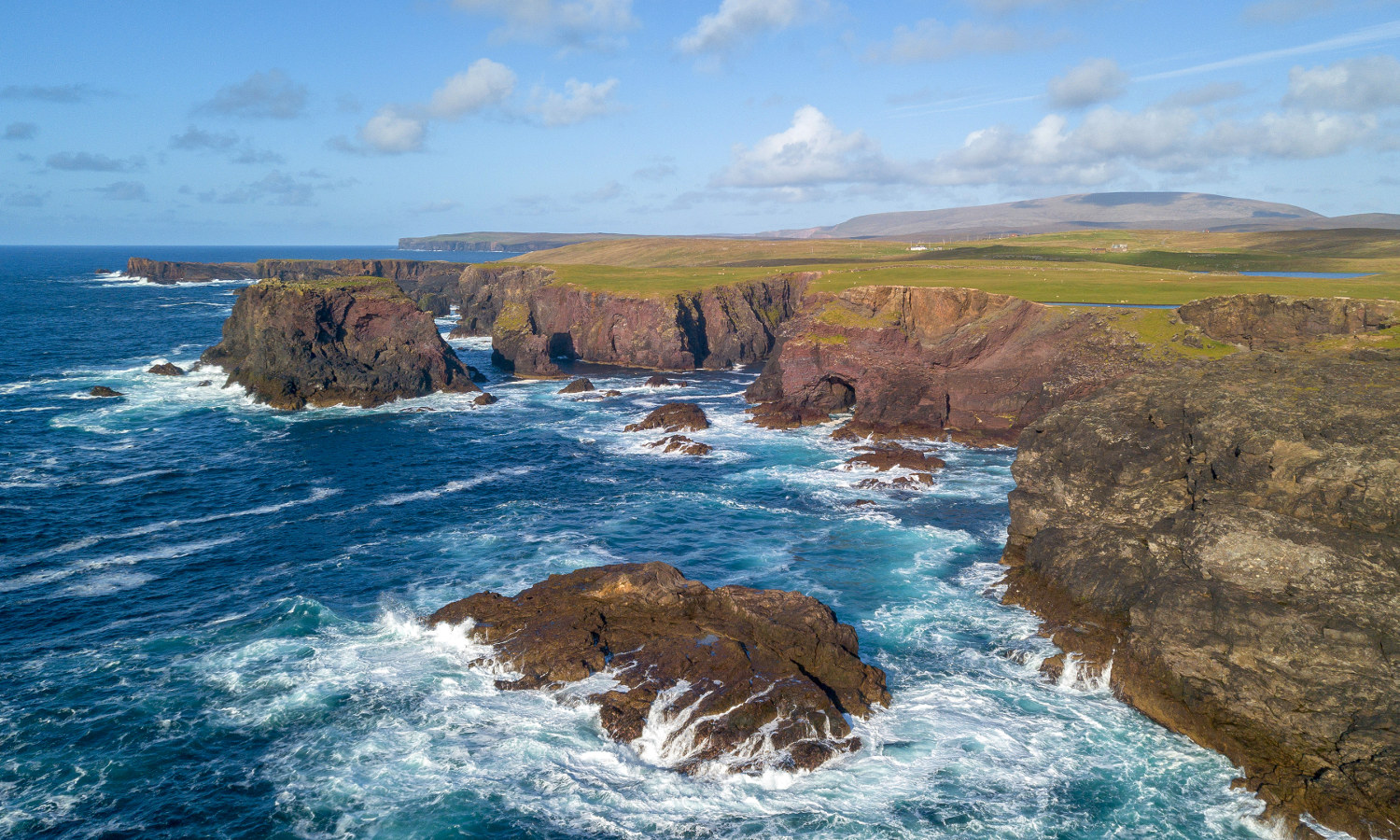 There can be few views more inspiring than the crashing white horses around the magnificent Eshaness cliffs in Northmavine. Take a stroll around the scenic lighthouse perched above a precipice of volcanic lava dating back 400 million years, featuring high cliffs, sea stacks, caves, bore holes and holms all teeming with seabirds. 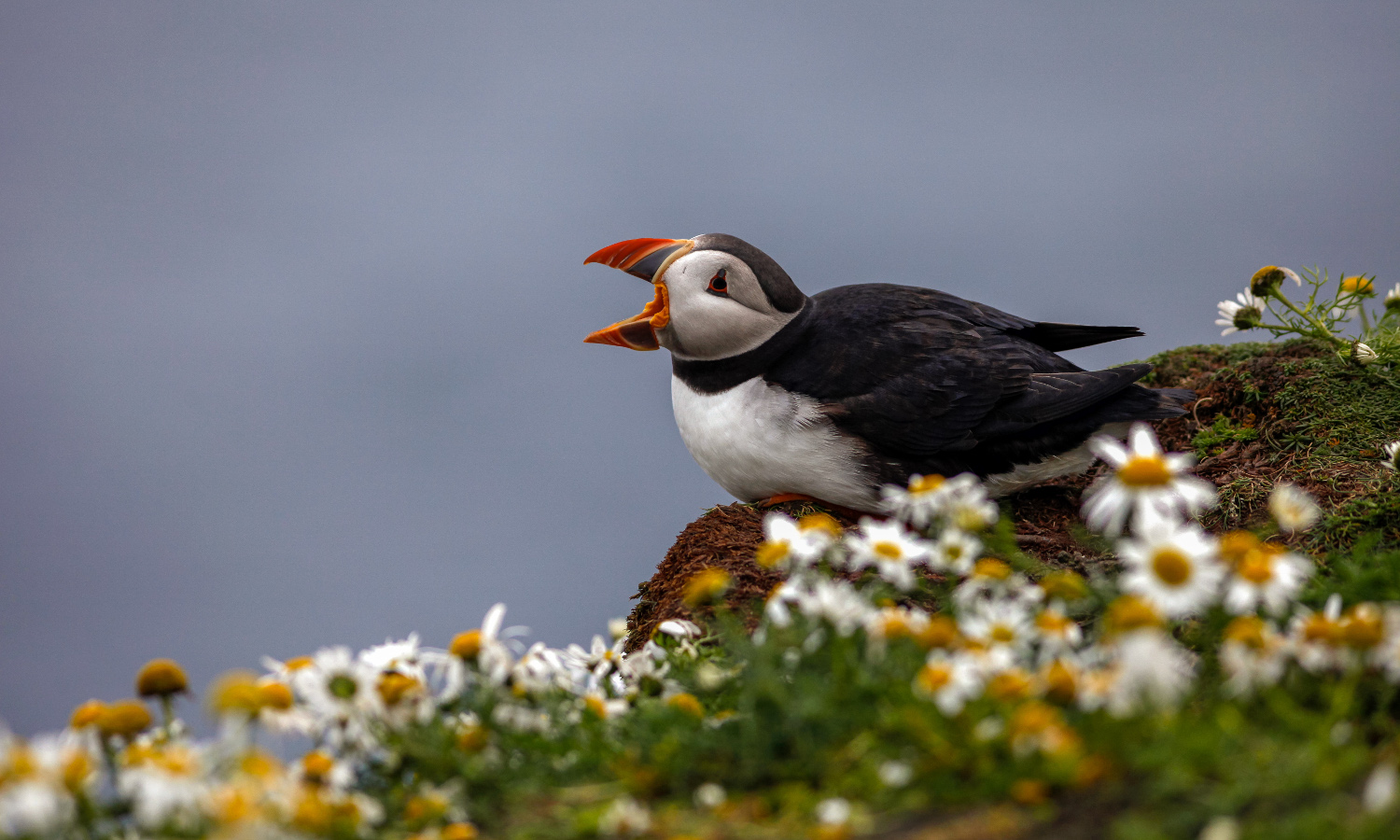 With towering sea cliffs and rugged coastline, Shetland is home to some spectacular wildlife, including thousands of seabirds, from gannets to puffins, and one particularly famous resident, the Shetland pony. Keep your eyes peeled around the coastline, and you might also spot elusive otters, playful seals, or even a pod of orcas. 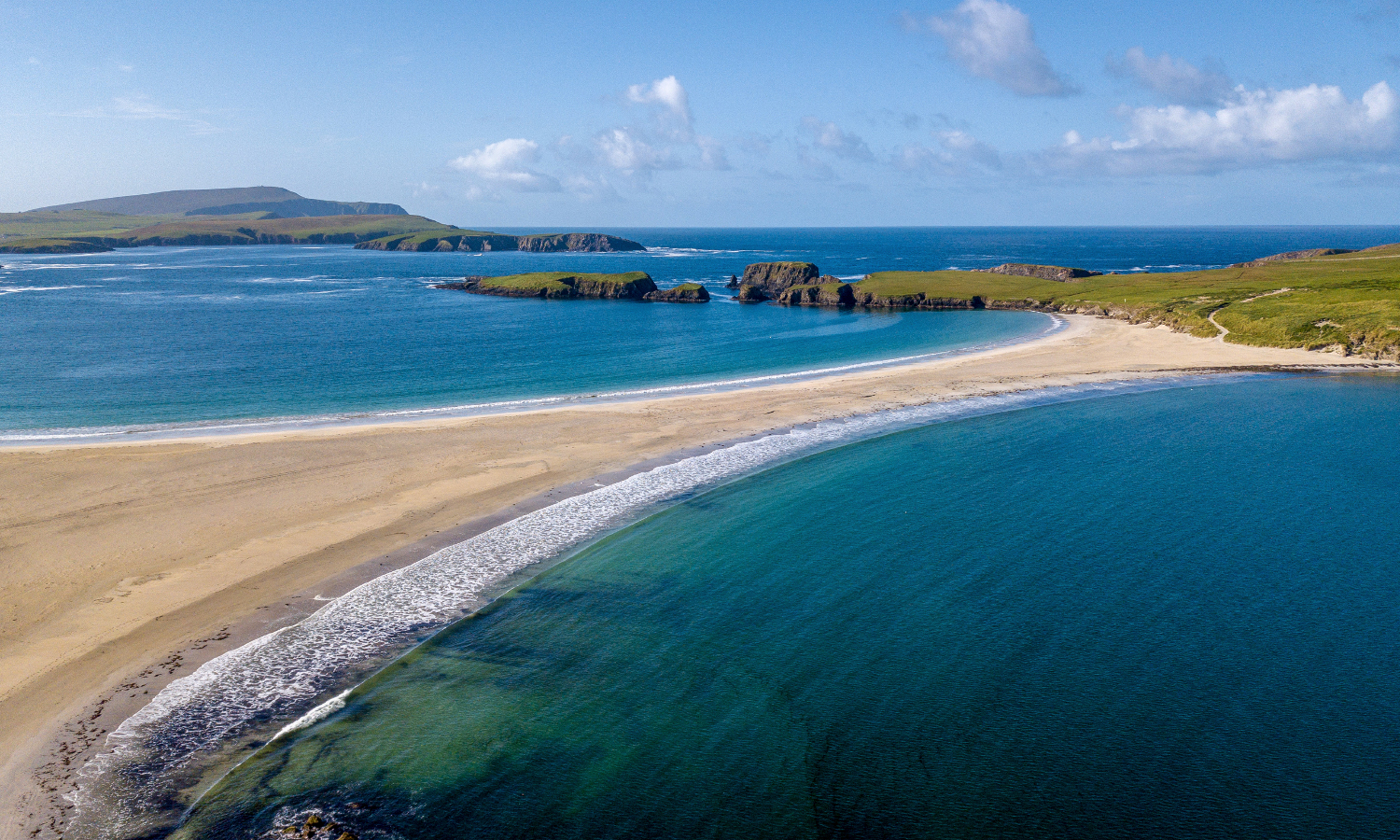 Amazingly, nowhere in Shetland is more than three miles from the sea, so there is no shortage of coastline. You may even get a beach all to yourself! Grab a picnic and head to the stunning St Ninian’s tombolo, a strip of white sand with clear water to each side. Other equally stunning beaches include Meal near Scalloway or West Voe in South Mainland.

For a different perspective, head out for an exhilarating adventure on the water and explore spectacular sea cliffs, stacks and even an astoundingly long sea cave. With crystal clear waters and sheltered bays, Shetland’s beautiful coastline is a kayaker’s paradise. Keep your eyes peeled for the rare and unusual wildlife around you including many seabirds, otters, seals, and even orcas.

5. Islands at the edge 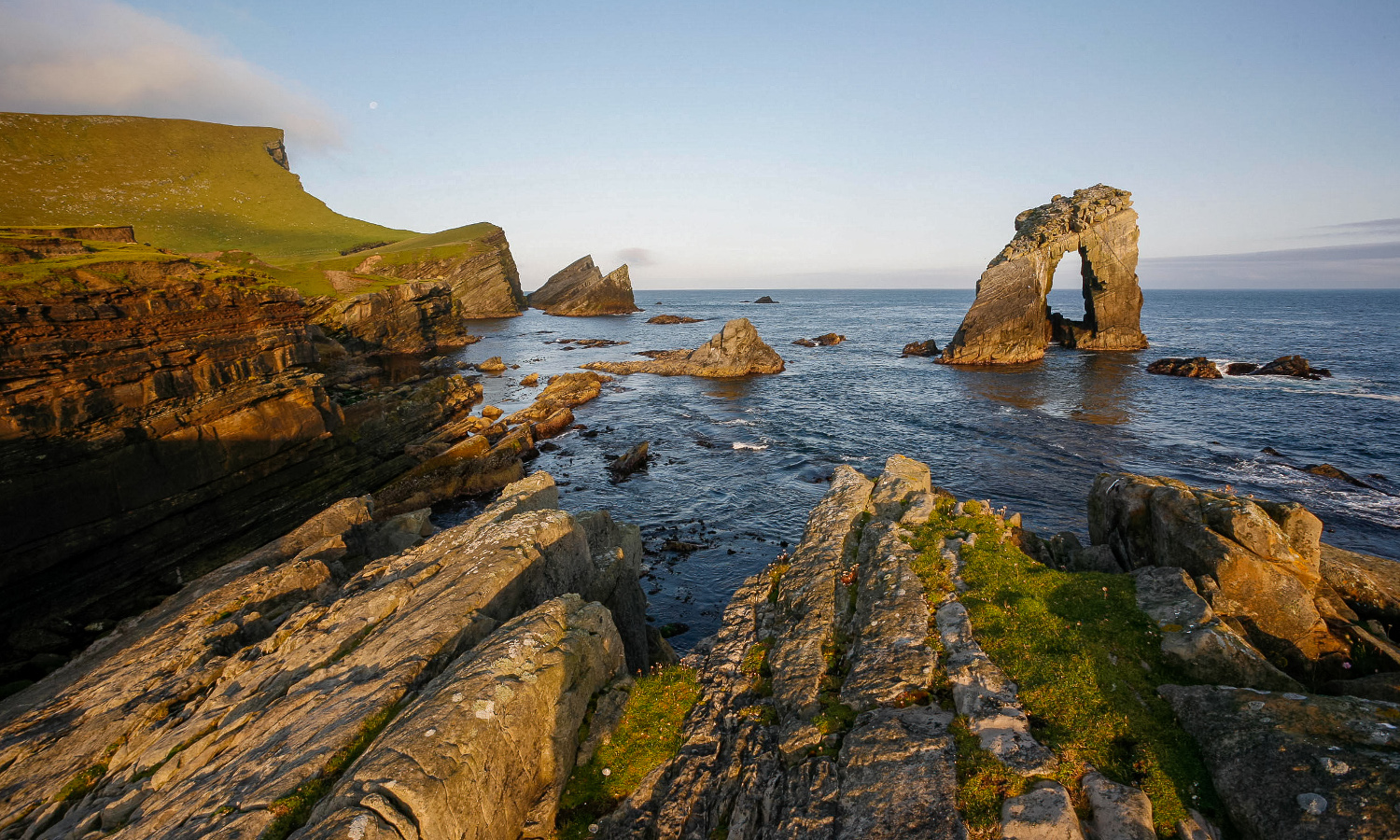 Shetland is made up of 100 islands. Lying 20 miles out in the Atlantic Ocean, Foula is certainly one the most isolated. The island is home to some of the largest colonies of seabirds in the world, along with a population of 30 people and many sheep and ponies. Foula boasts five dramatic peaks, including Da Kame, the second highest sheer cliff in Britain, and spectacular sea stacks such as Gaada Stack. 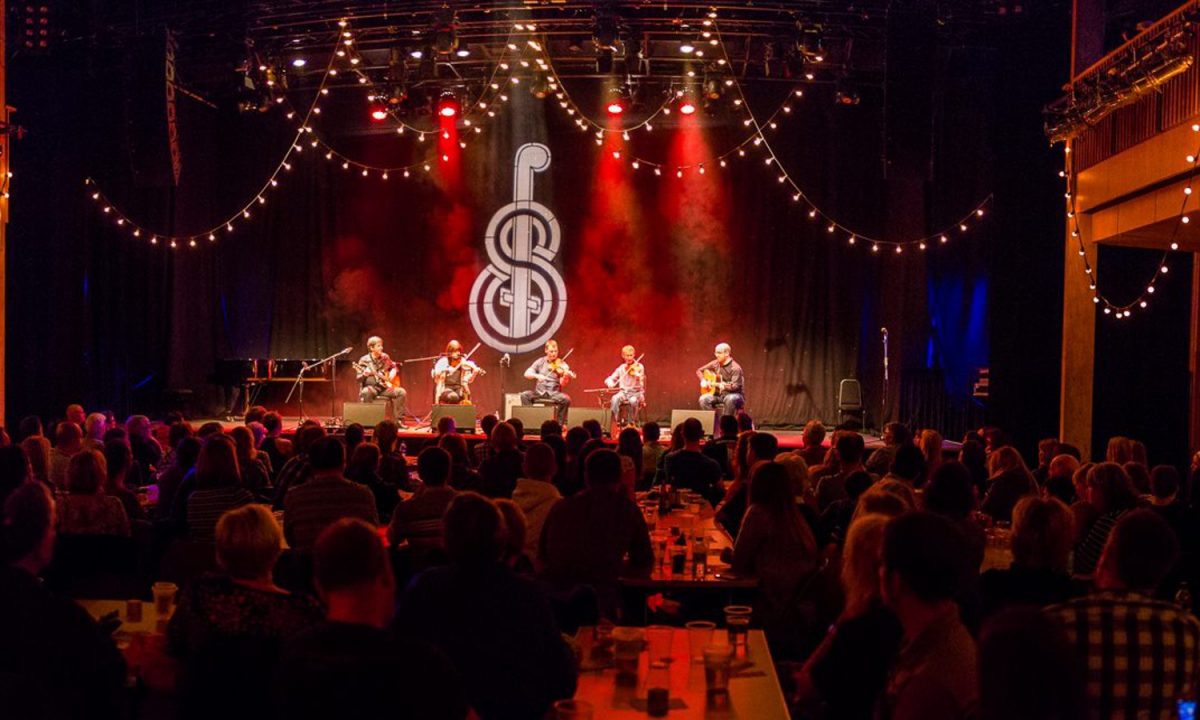 You’ll be surprised by the vibrancy of Shetland, a hotbed of musical talent and artistic creativity from music to knitting. Take a trip to a local pub such as The Lounge in Lerwick to hear the music that’s a major part of life here. There’s a strong tradition of fiddle playing, and many musical events for you to enjoy, from the Shetland Folk Festival to the UK’s most northerly festival UnstFest. 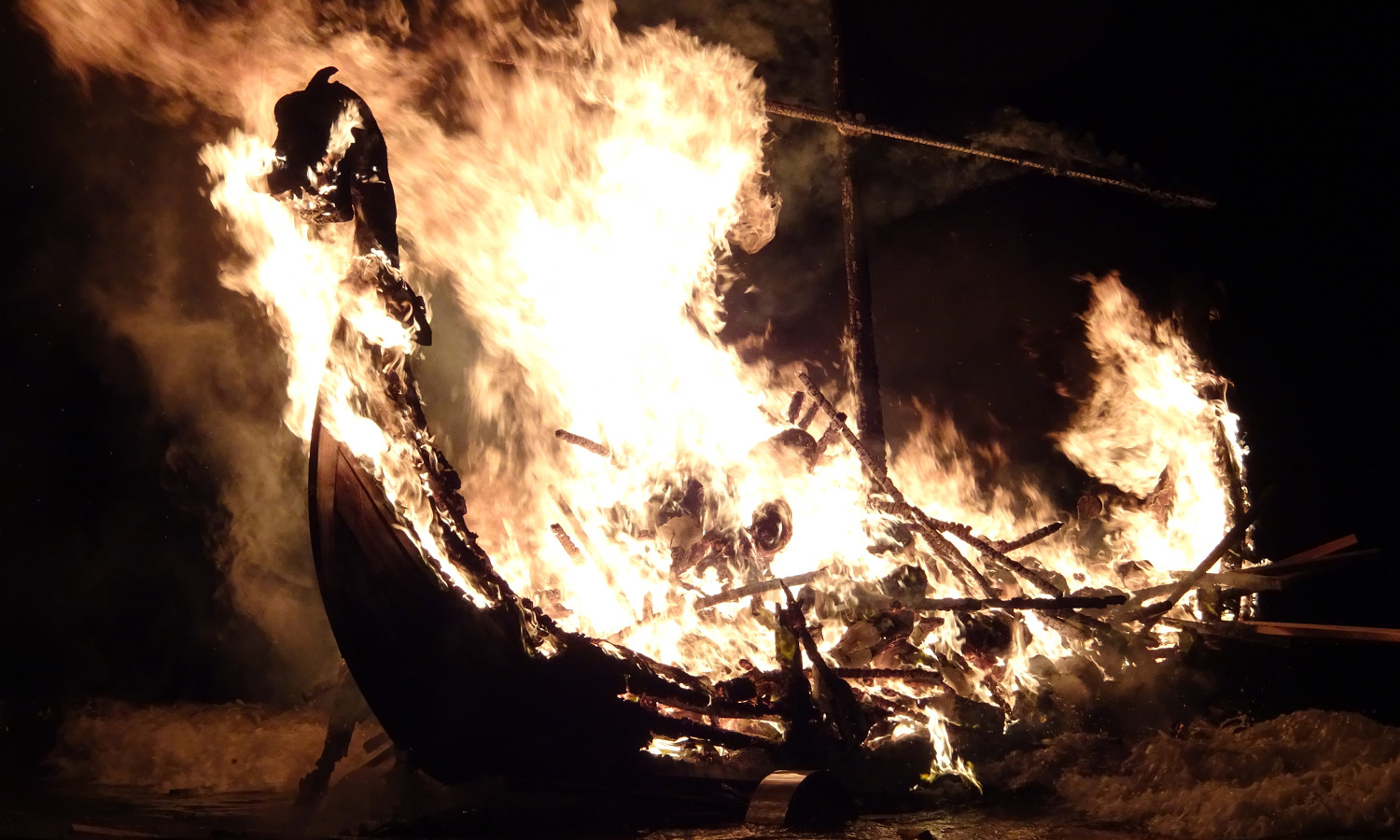 Discover a remarkable culture strongly rooted in Viking history. You can explore fascinating sites from the prehistoric settlement of Jarlshof to Iron Age Brochs and Viking boats. From January to March, witness the winter skies light up at the annual Up Helly Aa Viking Festivals with a spectacular torchlit procession and the burning of a Viking galley.

8. The UK’s most northerly island, Unst 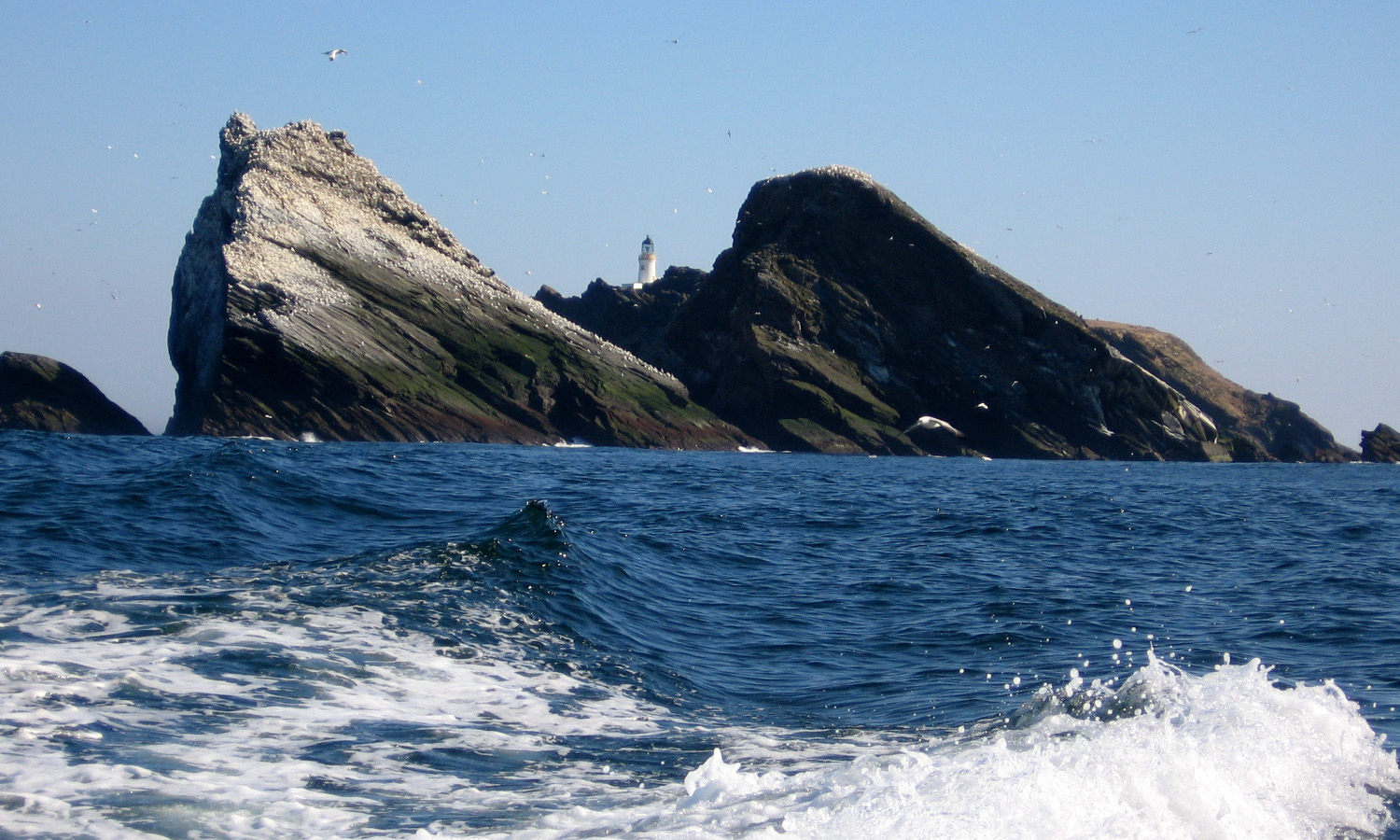 Britain’s most northerly inhabited island offers an unparalleled island adventure. Unst has stunning landscapes, incredible wildlife and the highest number of rural Viking longhouses in the world. Take a coastal walk along the cliffs of the National Nature Reserve of Hermaness, one of the best places to see puffins up close. Don’t miss the most famous bus stop in the world, carefully decorated inside.

Lerwick is the picturesque capital of Shetland and the vibrant cultural and commercial heart of the islands. There are a variety of shops to visit, many selling local arts and crafts, and lovely cafés to stop by for a bite to eat. For a scenic stroll, follow the coast around the cliffs at the Knab or explore the Clickimin Broch, an outstanding example of a Bronze Age broch. 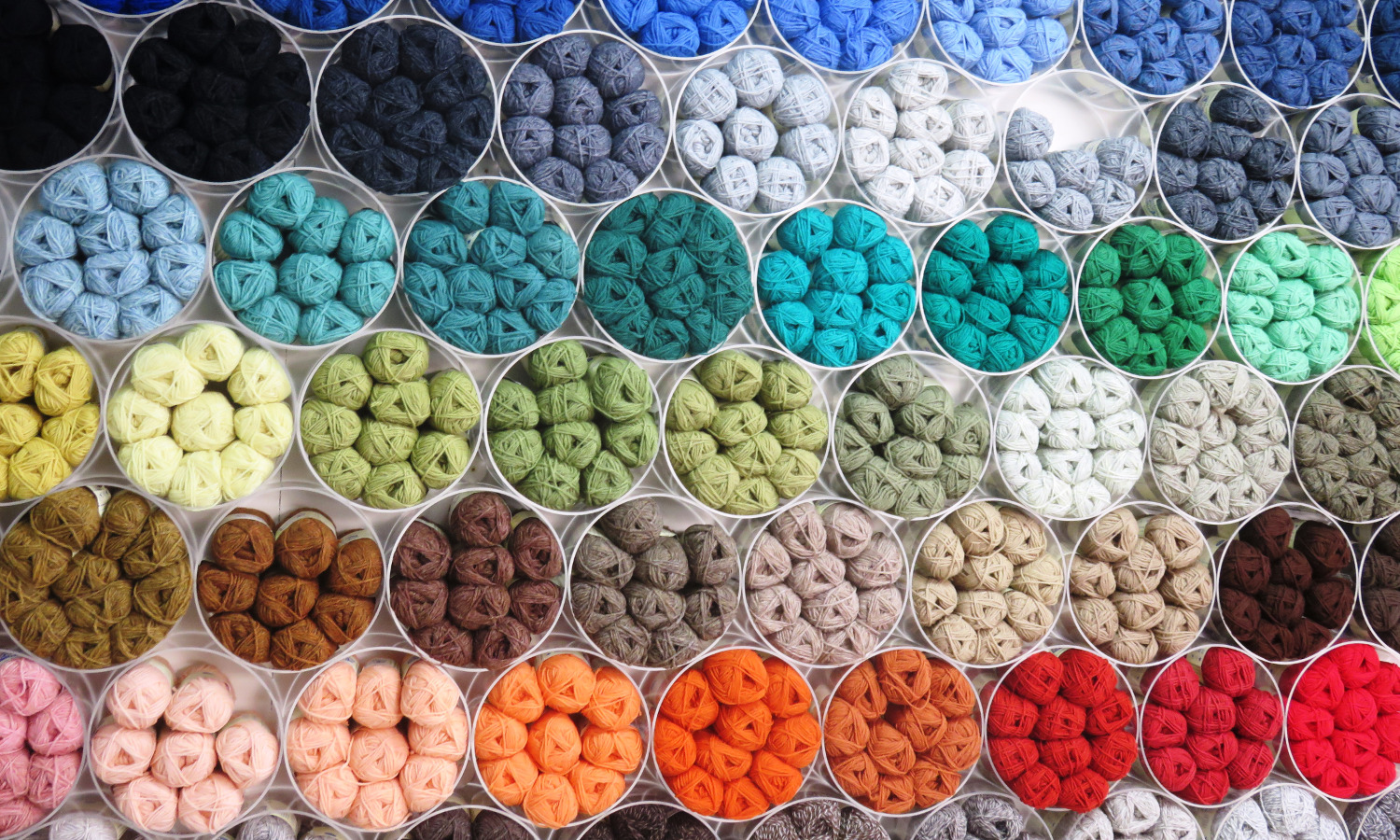 Shetland wool is a world-class natural fibre which is used by islanders to knit and create some unique traditional and contemporary wool products. In September, don’t miss Shetland Wool Week which celebrates the heritage with exhibitions, classes and events on wool craft including weaving, spinning, dyeing, Fair Isle knitting and more.

Have you read the books by award-winning author Ann Cleeves or watched BBC TV’s award-winning series “Shetland”? Follow Detective Inspector Jimmy Perez’s footsteps and find out about the real Shetland. It’s every bit as spectacular and fascinating as the books and series, but with one of the lowest crime rates in the world! Spot the show’s locations including Jimmy Perez’s house at The Lodberries in Lerwick.

12. Last but not least… the Shetland ponies! 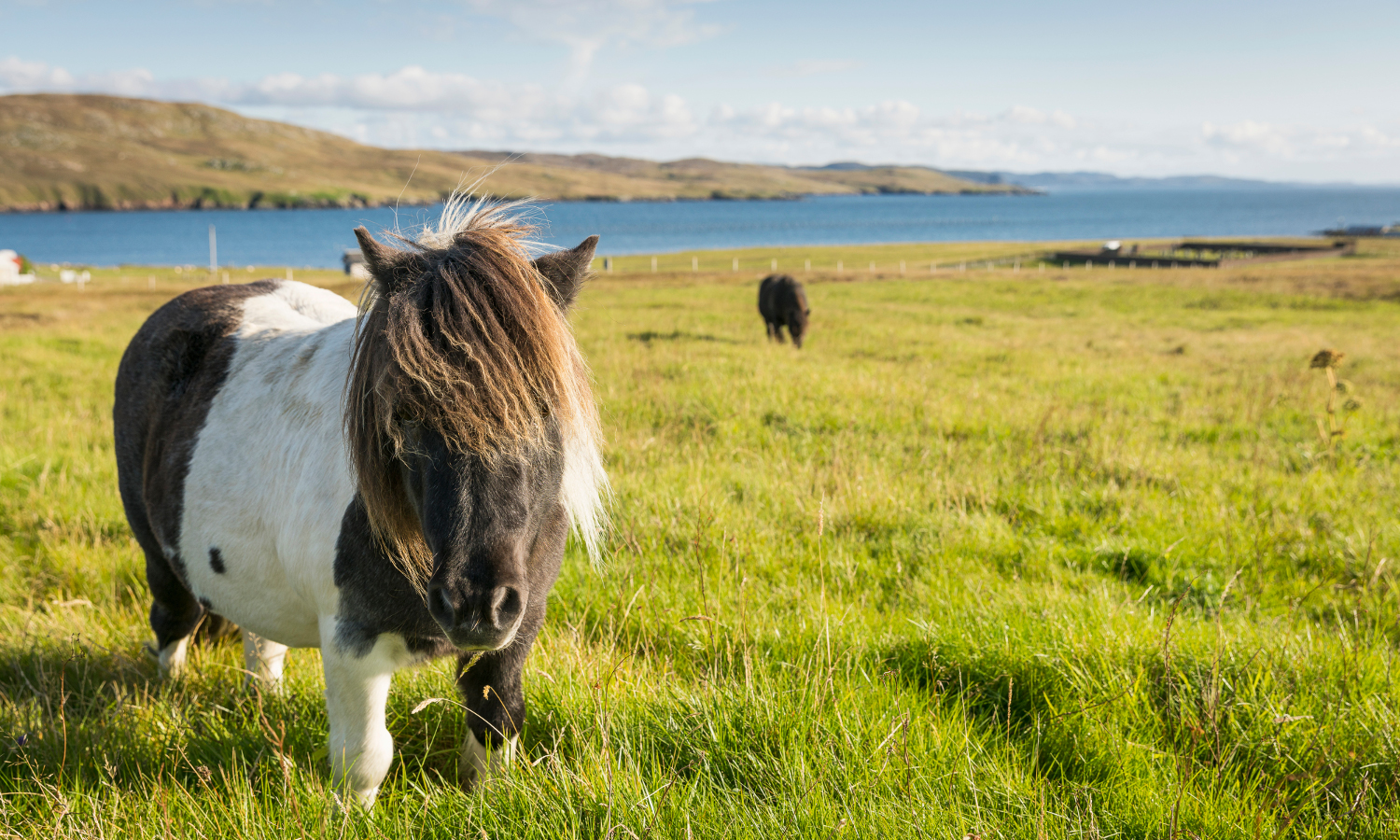 You can find Shetland’s best known and possibly best loved animal – the Shetland pony – in its native surroundings, roaming freely over heather-clad hillsides and secluded beaches. At just 42 inches, these hardy creatures are one of the many unique species to the island that has evolved to suit their habitat. Check out the Shetland Pony Riding School in Burra.

So what are you waiting for? You can travel to Shetland by plane with Loganair or by ferry with NorthLink Ferries. Find out more information on Shetland or visit Shetland.org

6 Unmissable Things to Do in Shetland