Scotland’s museums are filled with wonder and curiosity. Alongside great and mighty institutions like the National Museum of Scotland, the country is blessed with a myriad of smaller museums which offer an intriguing insight into the past. Housed in marvelous buildings and unique settings, spend many a happy hour engrossed in one-of-a-kind collections at these quirky museums.

Here are nine fantastic museums which you may be able to visit during the weekend or on your next visit to Scotland.

Every museum, attraction and landscape in Scotland has an interesting story to tell. Just ask the people who work there. Check out the Tour Guide Tales for a preview of some of the fascinating stories and facts you can hear on your next guided tour.

During the First World War, alarming news reached the British Government that British soldiers in France were running dangerously low on ammunition. In response, the construction of HM Factory Gretna was ordered, transforming this sleepy corner of Dumfriesshire into the largest munition factory in the world. An estimated 30,000 men and women from across the United Kingdom travelled to work at this vast site spanning nine miles across the Anglo-Scottish border, and it is here that the highly volatile cordite paste contained in explosive shells – dubbed ‘the devil’s porridge’ by Sir Arthur Conan Doyle – was concocted.

Did you know: At the height of its operations the munitions factory employed around 9,000 women. You can learn more about their grueling working days and how they spent their leisure time in the town purpose-built to accommodate them in the Hostel Life exhibition space.

Learn about the remarkable life story and achievements of the double Formula One world champion at the eponymous Jim Clark Motorsport Museum. Raised in the Borders, Clark was crowned world champion in 1963 and 1965 before his tragic death just a few short years later in a German racing accident. On display at this recently opened museum is a treasure trove of Jim Clark memorabilia, as well as personal belongings and other artifacts from the legendary era of motorsport racing Clark belonged to. There’s also reels of rare film footage and rich interactive media displays, plus the chance to get behind the wheel of a simulator for a feel of this addictive, high-octane sport.

Highlight: The biggest draw to the museum by far are two of Clark’s most iconic vehicles. Admire his stunning Lotus Cortina and the famed Formula One, Lotus 25.

The Museum of Childhood was the first museum of its kind in the world, opening its doors in 1955. Through the medium of toys and other nostalgic relics, this small museum located on the capital city’s Royal Mile, brings to life the upbringings of generations of Edinburgh kids.

The museum is currently closed until further notice but when it reopens its doors again, take a journey through British youth culture going as far back as the 19th century. Here you will discover a celebration of the joy of play, with plenty of exhibits and objects dispersed among the antique toys, games, dolls, books, mementos and more.

Highlight: See 60 rare toys on display in the recently refurbished galleries including the must-have toy at the top of every child’s Christmas list in 2000 – the Toy Story Buzz Lightyear action figure.

The National Mining Museum of Scotland

Coal has been mined in Scotland for over a thousand years and reached its peak in the early 20th century. Marvel at one of the finest surviving examples of a Victorian pit colliery just outside Edinburgh. Dating from 1895, the National Mining Museum of Scotland has been described as the country’s ‘first super pit’. Since its closure in the early ’80s it has since been reborn as an award-winning museum and venue which offers a guided tour with  real personal insight as former miners lead you around the pithead and reveal what life was really like for the pitmen and their families.

Fan of true crime? Head to Surgeons’ Hall Museums nestled behind the Royal College of Surgeons. This academic institution provides a fascinating – if occasionally gruesome – tour through the history of medicine in Scotland and the western world. Among the countless artifacts and specimens on display, you will find a highly unusual hide-bound pocketbook connected to William Burke, one half of infamous body-snatching duo, Burke and Hare.

Highlight: Two new galleries are expected in open in autumn 2020. The Body Voyager galleries will explore the advances of computerised and robotic technology in medicine using interactive audio-visual exhibits.

The pretty streets of Stirling’s Old Town belie its dark history. Learn fascinating tales of crime and punishment at Stirling Old Town Jail which once had a reputation for being one of the toughest detention centres in Britain. Escorted by the fearsome character of Jock Rankin, Chief Executioner, take a tour around this atmospheric building which served as a military prison until 1935, meeting the prison’s other employees and residents, and see many grim relics along the way, including the ‘beheading stone’.

Highlight: Head to the roof-top observation area for panoramic views over Stirling town. See across to the National Wallace Monument, the Ochil Hills and the more distant mountains of the Trossachs National Park.

In the event of nuclear war, Scotland would have been governed from here: Scotland’s Secret Bunker. Beneath a nondescript Scottish farmhouse lies a tunnel which leads to a subterranean complex 100 feet below the surface, spanning 24,000 sq ft. Kept secret for over 40 years, the bunker is now a treasure trove of Cold War artefacts, including a collection of military vehicles and the UK’s only Russian anti-aircraft missile.

Did you know: This wartime command centre included a chapel, cinema, and cafeteria – which now serves as the visitor café.

Bibliophiles will delight in exploring Innerpeffray, Scotland’s oldest free public lending library. Originally founded in the 17th century by a wealthy progressive landowner, the library and its collections was created to serve his tenants and estate workers, as well as local clergy and schoolchildren. Browse the rare books which number 5,000 volumes and browse the original register for insight into the reading habits of ordinary people of the time, including gamekeepers, blacksmiths, weavers, farmers and others.

Highlight: Browse the first 50 years of The Scots Magazine and read about contemporary events including the Jacobite defeat at Culloden. First published in 1739 it is the oldest magazine still in circulation. 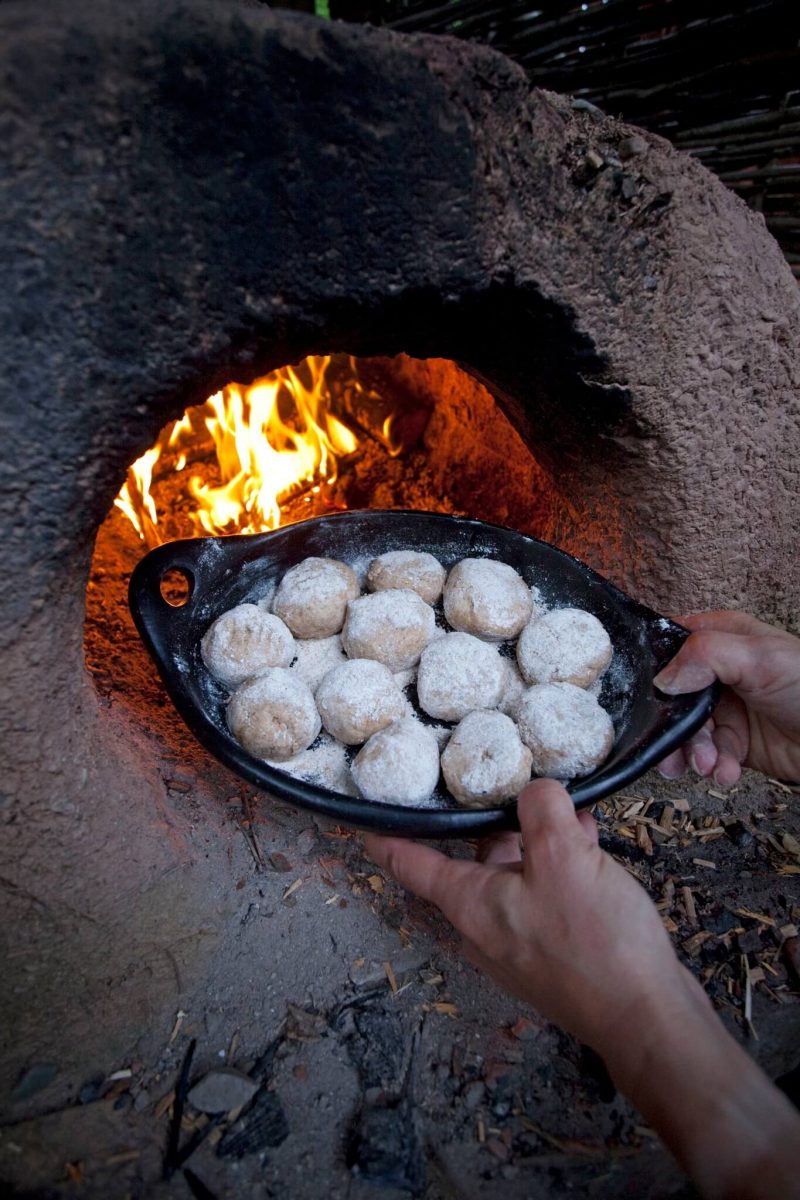 Standing close to the north east shore of Loch Tay, the Scottish Crannog Centre is a living history museum and Iron Age dwelling which presented a tantalising glimpse into human existence in Scotland thousands of years ago. The crannog itself is now under renovation after it was sadly destroyed by a fire. You can still visit the museum and Iron Age village, or book a tour to discover more.

Highlights: Check the Scottish Crannog Centre website for updates on the new visitor centre which is currently in development.

Discover more museums and other unique heritage attractions across Scotland and start planning your next visit. Take a look at our unique experience map for ideas on the direction your quirky break could take. You might even want to make it more special with a stay in one of the country’s most unusual accommodation options.

Meet the Natives – Scottish farm animals and where to see them