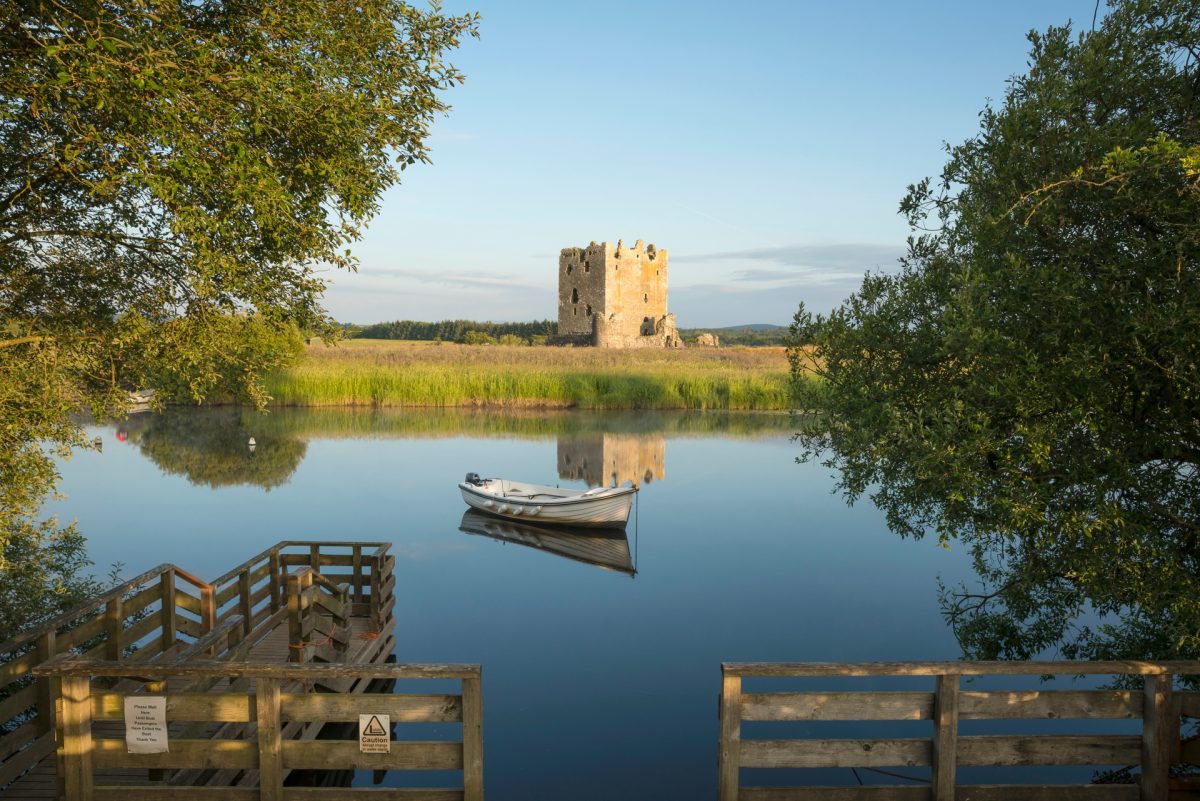 When it comes to slightly more unusual attractions, the regions of the Scottish Borders and Dumfries & Galloway may just surprise you.

On a tour of the south, you can uncover all kind of quirky things to see and do, from visits to weird and wonderful historic places and hidden gems, to trying refreshingly different activities in the glorious great outdoors. Many of these will bring you into beautiful countryside, dense forests and invigorating coastlines.

Here’s a varied selection of bucket-list worthy and unexpected delights that await you in South Scotland.

1. See the whole of Scotland…

…when you visit the Great Polish Map of Scotland! Standing in the grounds of Barony Castle hotel in Eddleston in the Scottish Borders, it’s the largest physical relief map of Scotland in the world. After being abandoned for many decades and falling into disrepair, it’s now back to its former glory following recent extensive restoration. The castle grounds are also rather nice for a stroll.

Many folks don’t realise that the Scottish Borders has a stunning stretch of coastline, and even fewer know that this region boasts one of the best spots for surfing in Scotland. Pulling on a wet suit and heading out into the foaming North Sea to try and catch a wave is a truly exhilarating experience. Head to the gorgeous Coldingham Bay, which is home to St Vedas Surf Shop, offering equipment hire and lessons.

3. Uncover the secrets of a smuggler’s palace

Further along the Berwickshire coastline in the Scottish Borders, lies the town of Eyemouth with its bustling harbour and historic quayside. In the 18th century, the town was a haven for illicit maritime trade and is home to Gunsgreen House, a building full of surprises. Designed by renowned period architect John Adam and built in 1753, it was owned by a not-so-respectable merchant who turned his hand to illegal tea smuggling at night. Visit to uncover its history and see the hidden tea chute.

4. Swing through the treetops

There are many ways to explore the Tweed Valley Forest Park, including on two feet, two wheels, on horseback… or even soaring though the forest canopy, tens of metres above ground! Located in Glentress in the Scottish Borders, Go Ape! Peebles is a thrilling high ropes course which offers a series of challenges such as high-speed zips, free-fall Tarzan-inspired swings, and daring crossings from tree to tree. Put your balance – and nerve – to the test.

5. See a unique collection of curiosities and oddities in a stunning setting

Curated by one of Scotland’s most famous writers, Sir Walter Scott, the range of objects and art works on display in Abbotsford will delight any history lover, with a fascinating story behind each and every one. Scott’s cherished home can be found close to Melrose in the Scottish Borders. This treasure trove was built with salvaged remnants from other historic Scottish buildings, while the armoury is filled with weapons owned by famous historical characters. Outside, the grounds are perfect for a gentle wander.

6. Sample the produce of Scotland’s only plough to pint brewer

Born in the Borders is a brewery which offers that bit extra. Not only is the barley used in the beer grown in neighbouring fields, but the site at Lanton Mill, near Jedburgh, offers the best of the countryside, with a café and restaurant, shop full of local produce and fun family-friendly things to do, whatever the season. Take a self-guided brewery tour to see how they make their range of beers or connect with nature and try one of the many activities on offer, from fishing to grass sledging.

The 7stanes mountain biking centres are well-known in the mountain biking world, but if you are new to the activity, then you’ve found one of the very best places in the UK to get to grips with the basics. Across the forests of the Scottish Borders and Dumfries & Galloway, there are seven sites full of great trails. You can rent bikes at Glentress in the Scottish Borders and Kirroughtree in Galloway Forest Park, which both offer easy trails and skills areas. It won’t be long before you get the bug for this energetic and fun outdoor activity.

The Southern Upland Way stretches 212-miles (340 km) between Portpatrick in the south west to Cockburnspath in the east. Spending your holiday tackling one of Scotland’s Great Trails might not be everyone’s ideal break but tackling one of the 13 sections will deliver a rewarding day’s walking and the chance to enjoy countryside scenery. In the Scottish Borders, you could try the section which takes in tranquil St Mary’s Loch, while in the west, Portpatrick to Castle Kennedy offers breathtaking coastal scenery.

What sounds better than an afternoon exploring the countryside in the company of some cute camelids? Embark on a trek with the likes of Senwick Alpaca Trekking, based near Kirkcudbright in Dumfries & Galloway, or Beirhope Alpacas in the Cheviot Hills of the Scottish Borders. You’ll be paired with an alpaca before leading your trekking buddy on a gentle guided walk in lovely open landscape. True bliss for animal lovers!

10. Marvel at beauty of the universe at the UK’s first Dark Sky Park

Galloway Forest Park was the first place in the UK to receive Dark Sky Park status (plus, it also lies in a designated UNESCO Biosphere) and on a clear night, it offers some of the best stargazing imaginable, with the Milky Way and a total of 7,000 stars visible to the naked eye. Pack a flask filled with something warming and a blanket, and when darkness falls, let the wonders of the galaxies reveal themselves to you. Why not enlist the help of an expert and get in touch with a Biosphere Dark Sky Ranger who can tailor your experience and take you to the best stargazing spots?

Nowadays, Scotland isn’t short of artisan gin producers, but Crafty Distillery offers a unique way to experience this refreshing tipple that will get you out into the elements. Based near Newton Stewart in Dumfries & Galloway, it’s from here you can be led on a foraging excursion into the surrounding and forest and coastline to pick the botanicals which make Hills and Harbour Gin.  In addition, there are also tours and tasting experiences, or pop into the Tree Bar and Café to sample tasty delights by the region’s best producers.

Thrill seekers shouldn’t miss the chance to book a session or two at Galloway Activity Centre, where there’s a whole host of activities to try on the waters or shoreline of Loch Ken in Dumfries & Galloway. As well as the gut-churning freefall experience of the 3G swing, there’s climbing and zip wires, or make a splash as your try stand-up paddleboarding (SUP), kayaking, sailing or the wobbly waterpark.

13. Experience the first hotel with its own curling rink

Hotels can come with all kinds of wonderful facilities, but there are very, very few that can boast their own curling rink! North West Castle Hotel in Stranraer, Dumfries & Galloway, offers a classic hotel experience with a chance to get on the ice and try one of Scotland’s best-loved winter sports from October to April. Or, if you fancy yourself as more of a spectator, enjoy a drink and a bite to eat at the hotel’s Alpine Restaurant, which offers great views of the action on the rink.

14. Cross the drawbridge to Britain’s only triangular moated castle

For castle hunters, a visit to Caerlaverock Castle, not far from Dumfries, is a must. A strong contender for the title of Scotland’s most unique castle, this ruin is highly unusual with its triangular formation, striking red sandstone and moat. It was built in the 13th century, was the stronghold of the Maxwell family and was under siege on several occasions during the days of borderlands conflict. If you have time, visit the nearby National Nature Reserve for the chance to see migratory birds, which in winter includes the entire Svalbard barnacle goose population.

15. Wander through a cosmically-inspired landscape

How to Experience Scotland & Scottish Culture at Home