Autumn is one of the best times of the year to witness majestic natural sights. From woodland colours of burnt reds and golds to the fleeting flocks of birds heading south for winter in the dusk light, it is a season of breathtaking spectacles.

Although ‘fish watching’ might not hold the same appeal as bird watching, it is well worth visiting rivers across the country to see one of the most spectacular displays in the animal kingdom, as Atlantic salmon leap up river to their breeding grounds.

What happens when salmon leap? 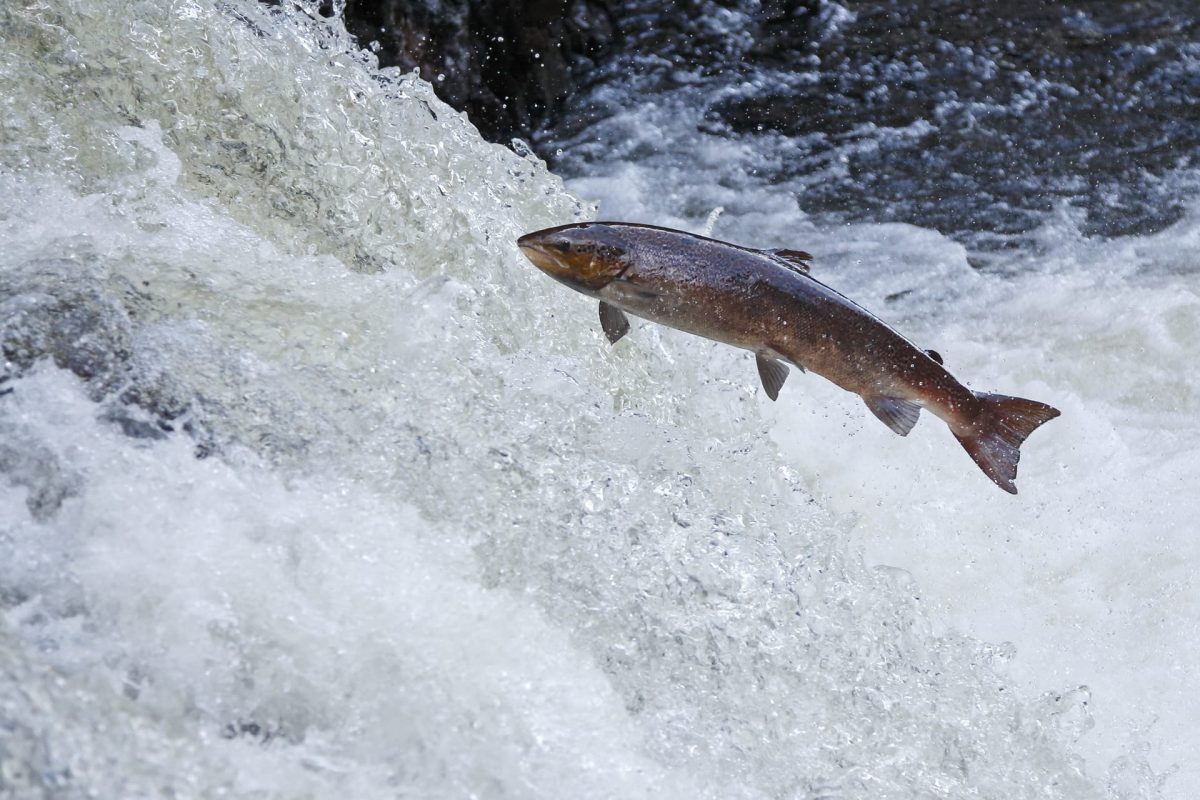 On their remarkable journey, salmon make their way back from the ocean to the rivers and follow them upstream. During this time, there are ferocious currents to battle through and waterfalls to ascend, some several metres in height.

Salmon propel themselves up and out of the water to tackle the toughest bits of river, their pectoral fins tucked in to ensure they are streamlined as they leap from the water and launch themselves into the gushing torrents of river rapids. While it looks like it is a struggle, the swollen rivers provide them with enough depth to swim through the water. To see some really excellent footage of leaping salmon have a look at some videos from previous seasons of BBC’s Autumnwatch. 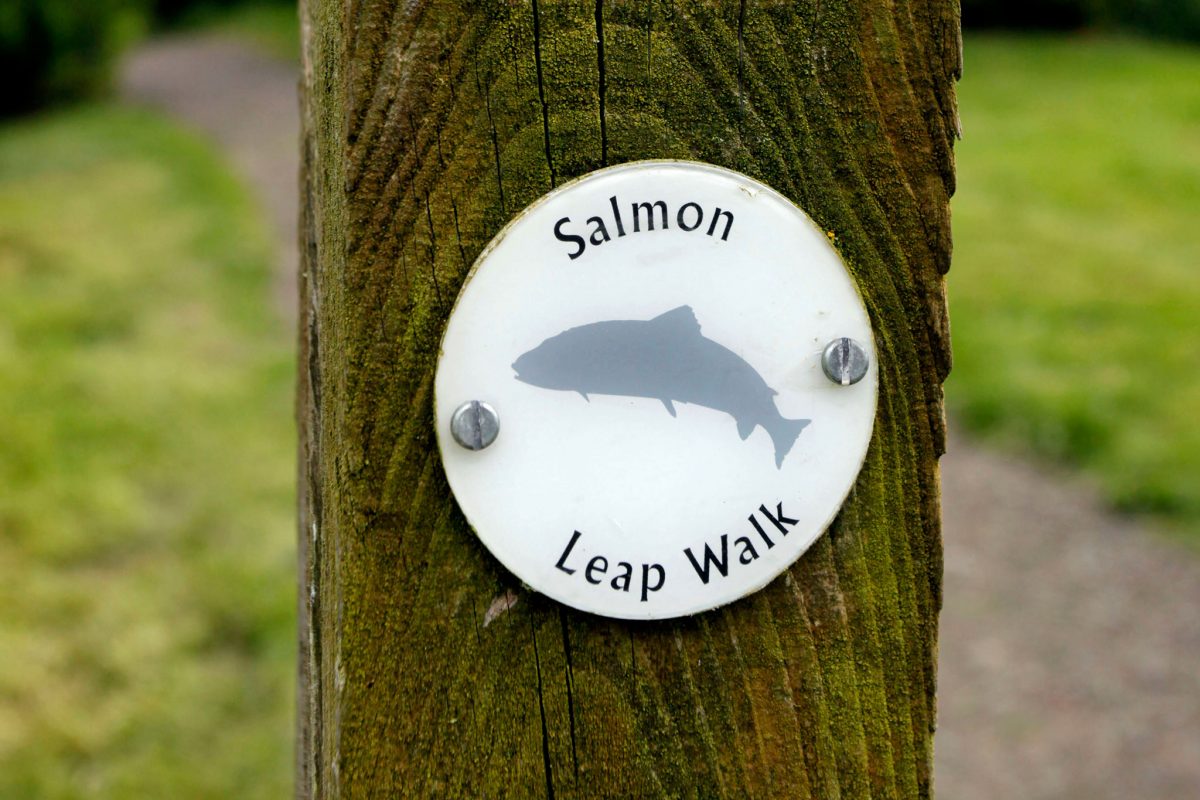 Where can you spot them? 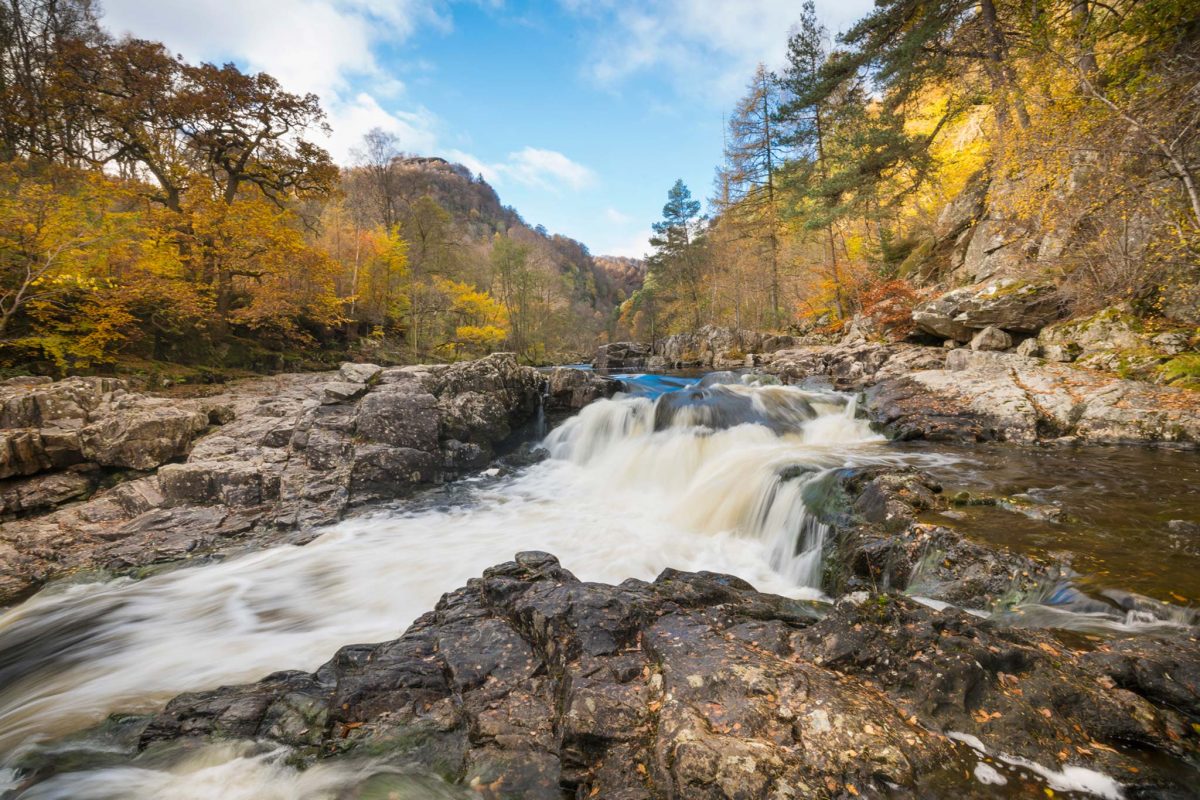 The Falls of Shin in Sutherland, the Highlands, is known as being one of the best spots in the UK. If you are around the Perthshire region, head to Buchanty Spout, Easter Glenalmond near Crieff or to the Linn of Tummel and the nearby Pitlochry Dam Fish Ladder. At the Philiphaugh Salmon Viewing Centre near Selkirk in the Scottish Borders, you can not only see the salmon but experience the visitor centre dedicated to this species of fish.

Can you fish for salmon?

If you are a keen angler, salmon fishing season ends in most rivers on the 30th of November, so take advantage while you can. The River Tay in Perthshire, Aberdeenshire’s River Dee and the long River Spey in the Highlands have stretches where the chances of getting a bite are high. Why not find out more about where you can try angling in Scotland?

From our home to yours – See Scotland Virtually