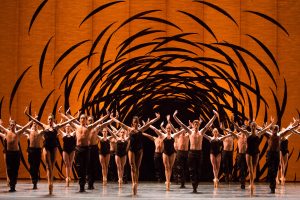 If we said east coast of Scotland, you might think of a collection of rugged coastlines, beautiful beaches, picturesque fishing villages, quaint harbours and fresh seafood. But the east coast is also home to a rich treasure trove of all things cultural from arts and music, to theatre and literature, which have been inspired by the landscape and characters, and the stories they have to tell.

Here’s just a few great places, many of which have free entry, to experience along the east coast.

Get started in Edinburgh

It’s Saturday morning and the sun is (almost) shining! 🌞 There’s just ONE HOUR to go until our gates are open and #edbookfest 2019 kicks off, what better way to spend your weekend? Don’t forget entrance to the Book Festival Village is FREE and there are lots of new things to explore… 🌱📖🌿

Explore collections of national and international significance at the National Museum of Scotland with everything from Scottish and international archaeology to applied arts and design, world cultures and social history to science, technology and the natural world. Catch one of the free daily tours to guide you through this journey of discovery.

No trip to Edinburgh would be complete without a visit to the iconic Edinburgh Castle. The castle houses the Honours (Crown Jewels) of Scotland, the Stone of Destiny, the famous 15th century cannon Mons Meg, the One O’ Clock Gun (get ready for its firing!) and the National War Museum of Scotland.

Discover the Kingdom of Fife and its treasures 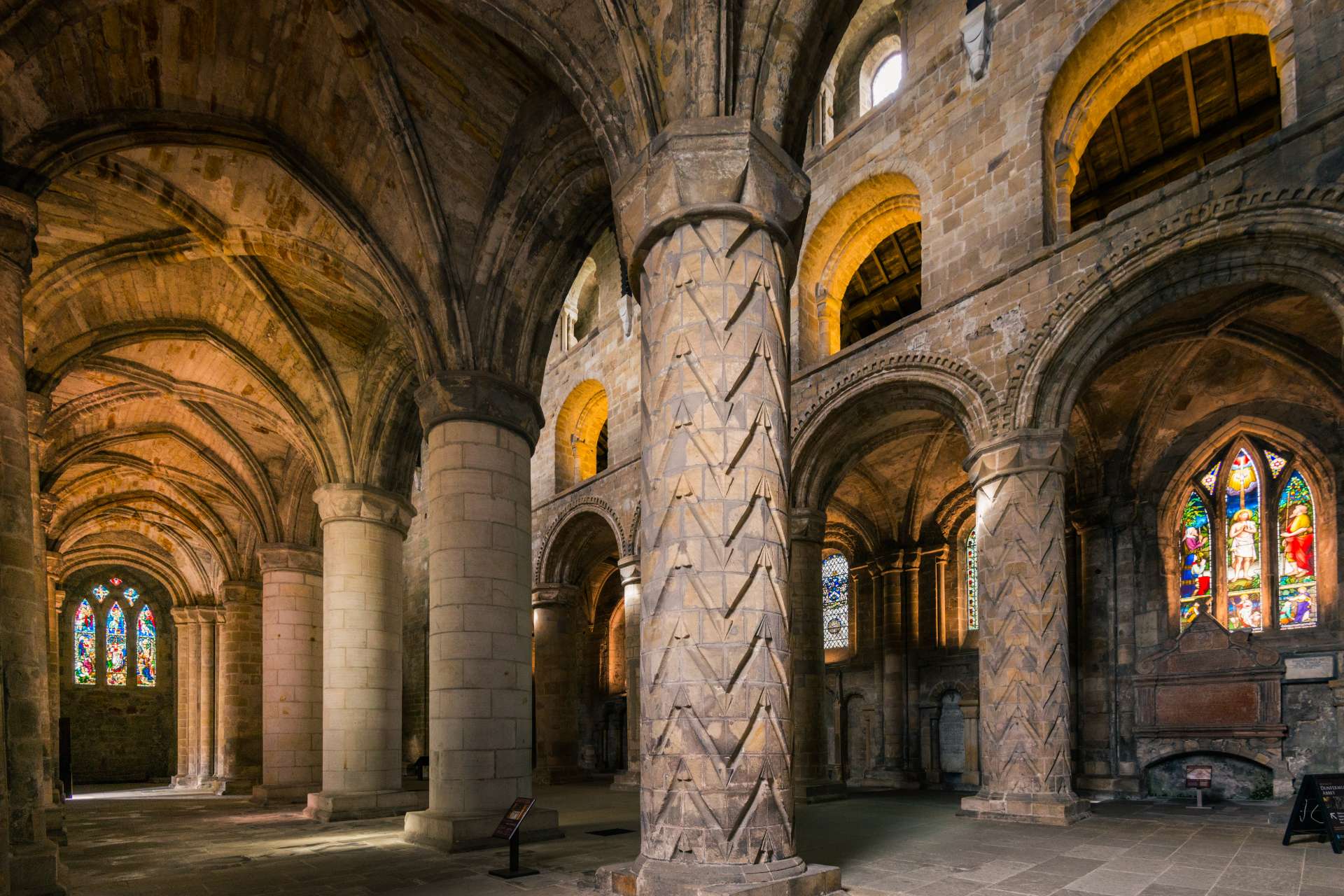 Continue your journey north along the east coast and you’ll enter Fife. Top tip – go by rail, and you’ll cross over The Forth Bridge, Scotland’s sixth UNESCO World Heritage Site. Dunfermline, once the capital of Scotland, is a great place to visit if you’re interested in history. The town’s heritage quarter includes the 12th century abbey which is the final resting place of Robert the Bruce and the burial site of 11 other Scottish kings and queens. The world famous philanthropist, Andrew Carnegie was also born in Dunfermline. Hear the story of his life at the Andrew Carnegie Birthplace Museum, then visit the Dunfermline Carnegie Library & Galleries adjoining the world’s first Carnegie Library.

Kellie Castle and Garden, near picturesque village of  Pittenweem, reveals a long-concealed mural by Phoebe Anna Traquair. Its majestic library ceiling is  also one of the oldest ornamental plaster ceilings in Scotland. Find out how the castle was saved from ruin in the late 19th century by a family of architects and artists and browse the exhibition on sculptor Hew Lorimer.

Celebrate Scotland’s Year of Coasts and Waters in 2020, at the Scottish Fisheries Museum, situated on edge of Anstruther harbour. Their large collection of paintings and drawings, inspired by tales of the sea, makes them an art gallery as well as a museum. 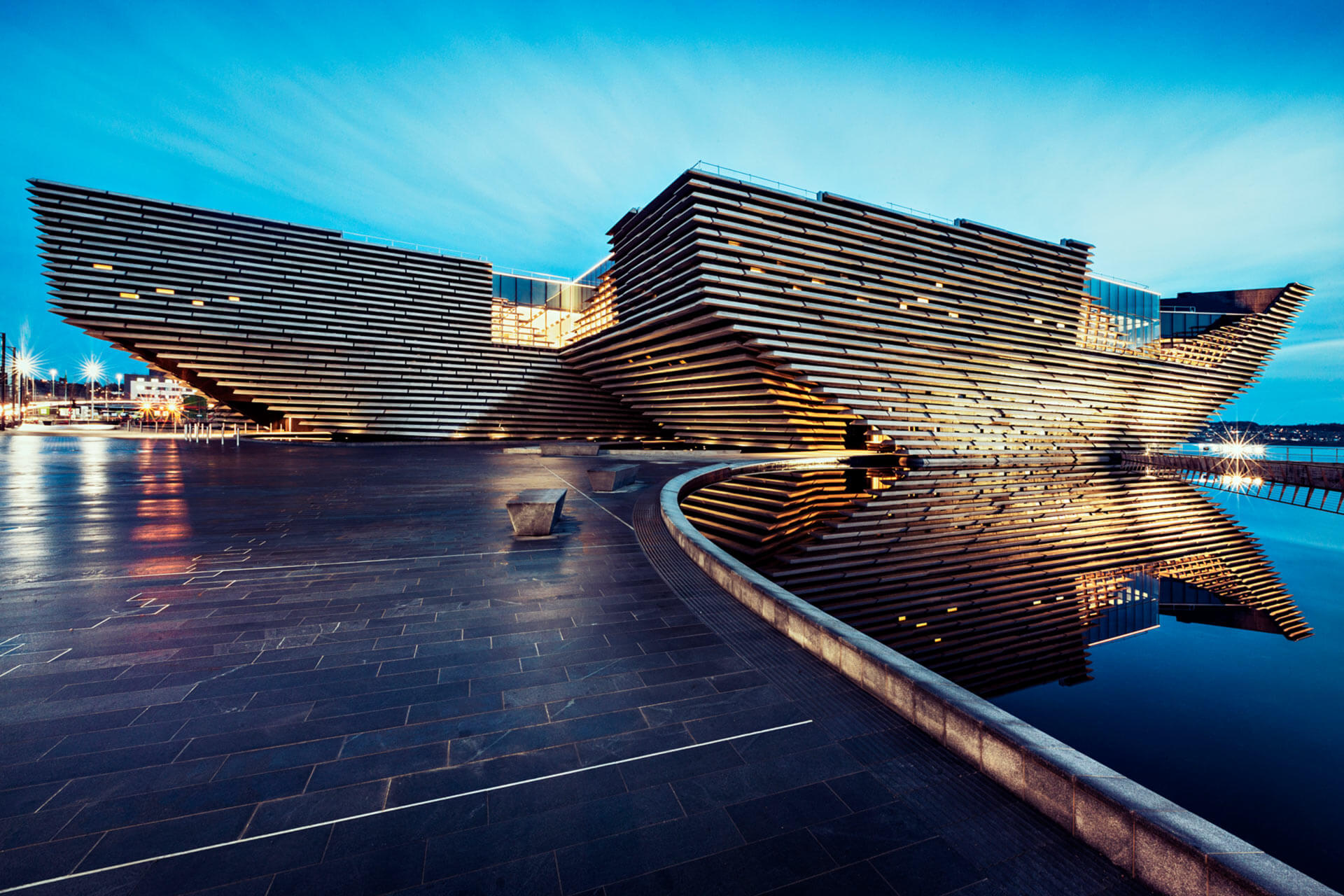 As you head across the River Tay to Dundee, the UK’s first and only UNESCO City of Design, you are greeted by the iconic V&A Dundee, the first V&A museum in the world outside London and the first ever dedicated design museum in Scotland. It’s also now one of just 100 places identified by TIME magazine in 2019 as the “world’s greatest”. Designed by internationally acclaimed Japanese architect Kengo Kuma, V&A Dundee was inspired by the dramatic cliffs along the east coast of Scotland with the building stretching out into the River Tay.

2020’s exhibitions will give you a chance to look at the colourful and iconic work of Mary Quant and explore 50 years of club culture. See how architecture and interior design were merged through sound, light, fashion and visual effects

Pieces of you are here + Holes - Lorna Macintyre, Margaret Salmon

See the latest exhibitions at DCA, Dundee Contemporary Arts, embark on a journey through 400 million years curated in the eight galleries at McManus – Dundee’s Museum & Art Gallery, or take in an award-winning production, at one of the UK’s foremost theatre companies Dundee Rep and Scottish Dance Theatre.

Find some gems in Angus 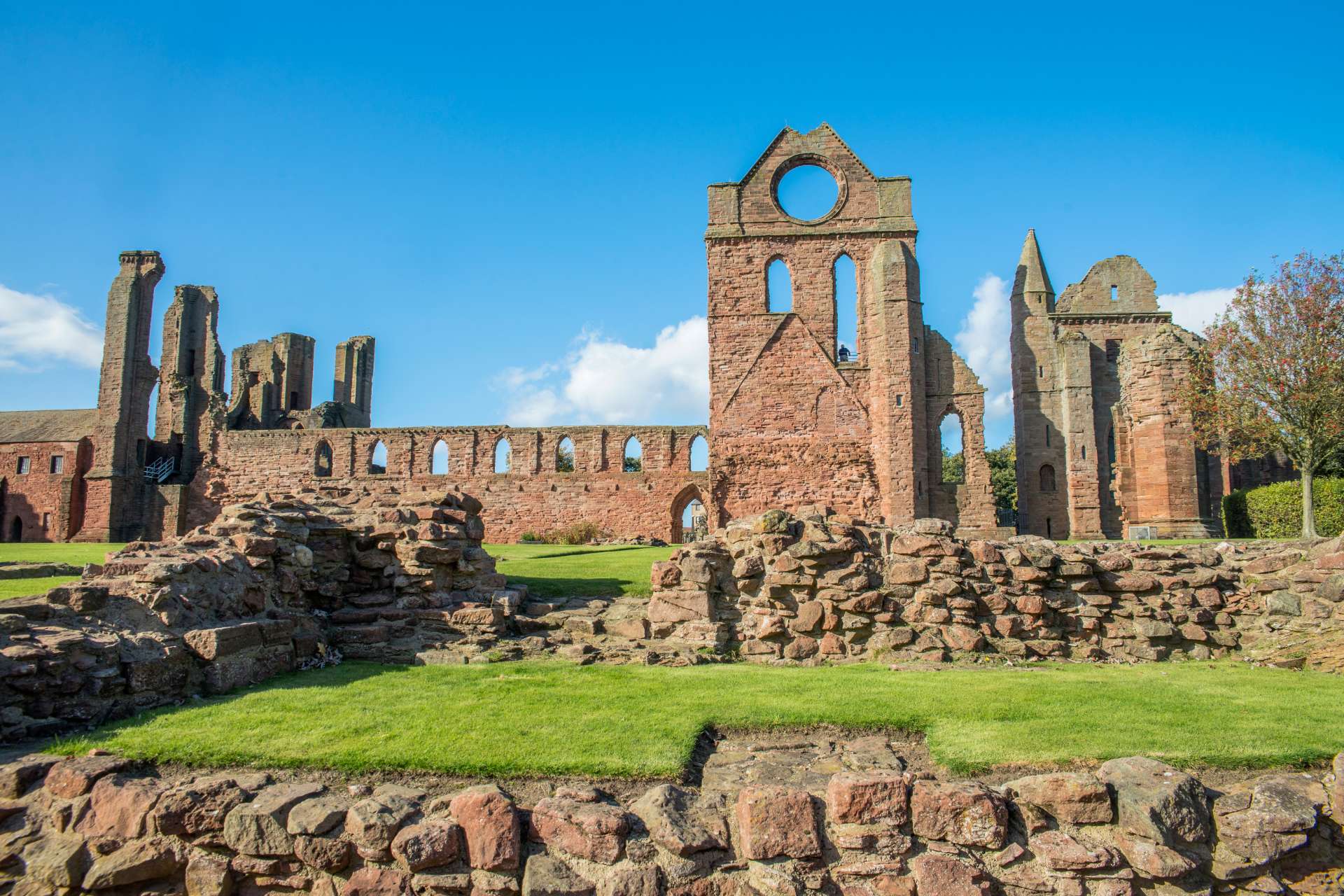 Continuing on along the east coast into Angus brings you to Arbroath, known for its striking Arbroath Abbey and the Declaration of Arbroath. 2020 marks the 700th anniversary of the Declaration of Arbroath, one of Scotland’s most important historical artefacts. To celebrate, the famous document will go on public display for the first time in 15 years at the National Museum of Scotland, back in Edinburgh.

You’ll also find Hospitalfield House in Arbroath. Originally owned by artist Patrick Allan Fraser, it is a significant early arts & crafts building which includes the Picture Gallery, one of Scotland’s most important Victorian rooms. Hospitalfield was once a key place of study for the early Scottish Modern painters  such as  James Cowie, Robert Colquhoun, Robert MacBryde and Joan Eardley. Writer Sir Walter Scott also visited and was inspired to write his novel the Antiquary in which the home of Monkbarns was based on Hospitalfield.

The magnificent House of Dun, near Montrose, was designed by renowned architect William Adam and is a perfect example of a Georgian country house. It took 13 years to complete and the precision shows in the fine details, such as Joseph Enzer’s plasterwork in the saloon! See if you can spot the patriotic emblems subtly detailed in the ornate plasterwork. 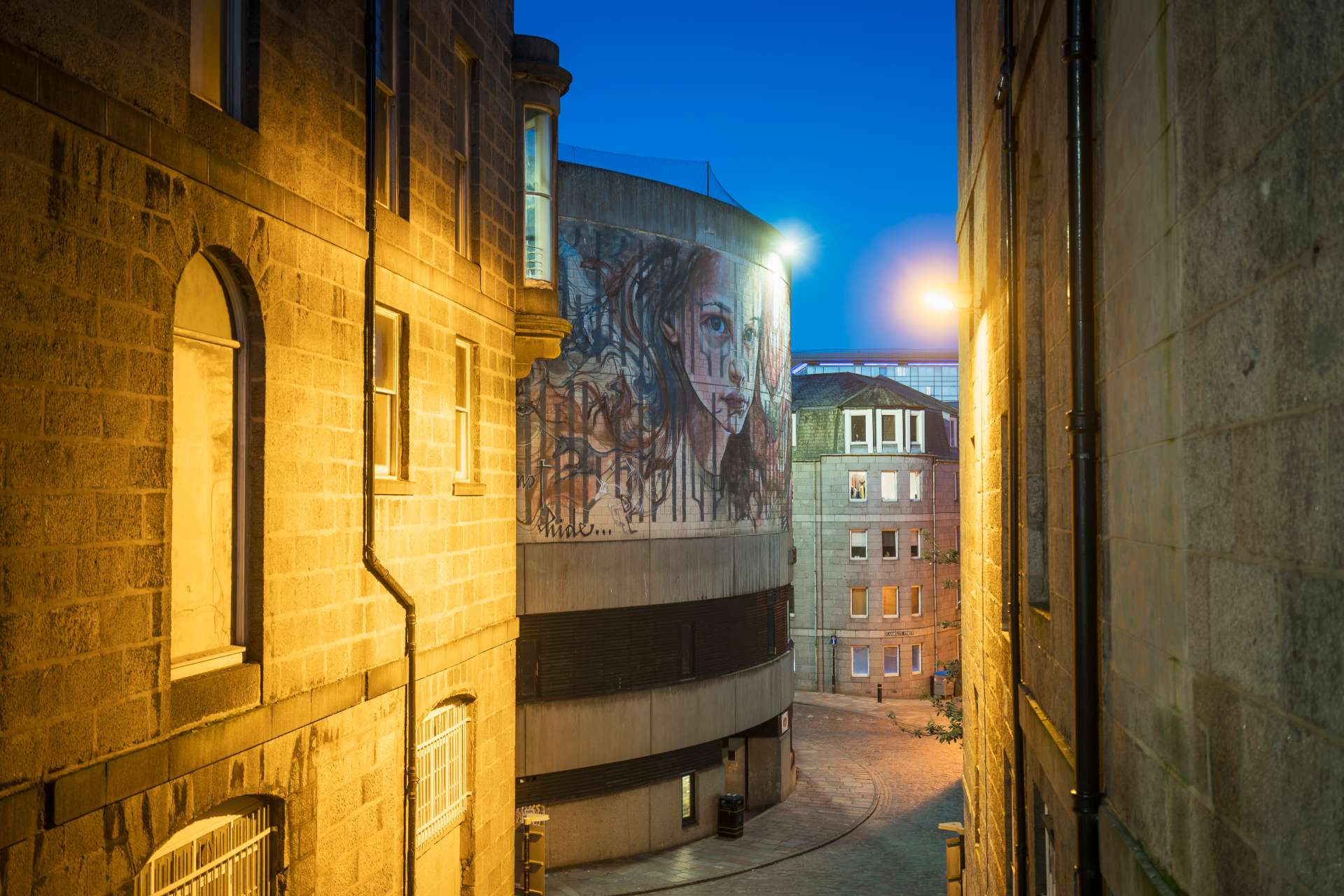 Herakut’s ” Because you are The Light” Nuart Trail, at The Green by Union Street, Aberdeen

It’s an exciting time to enjoy all things cultural in Aberdeen and Aberdeenshire. The recently re-imagined and refurbished  Aberdeen Music Hall is a national treasure with decades of wonderful history and an eclectic mix of performances to enjoy. Follow the Nuart Trail where artists from around the globe have transformed the walls and buildings of Aberdeen city centre with works of art that are free for all to enjoy, 365 days a year. 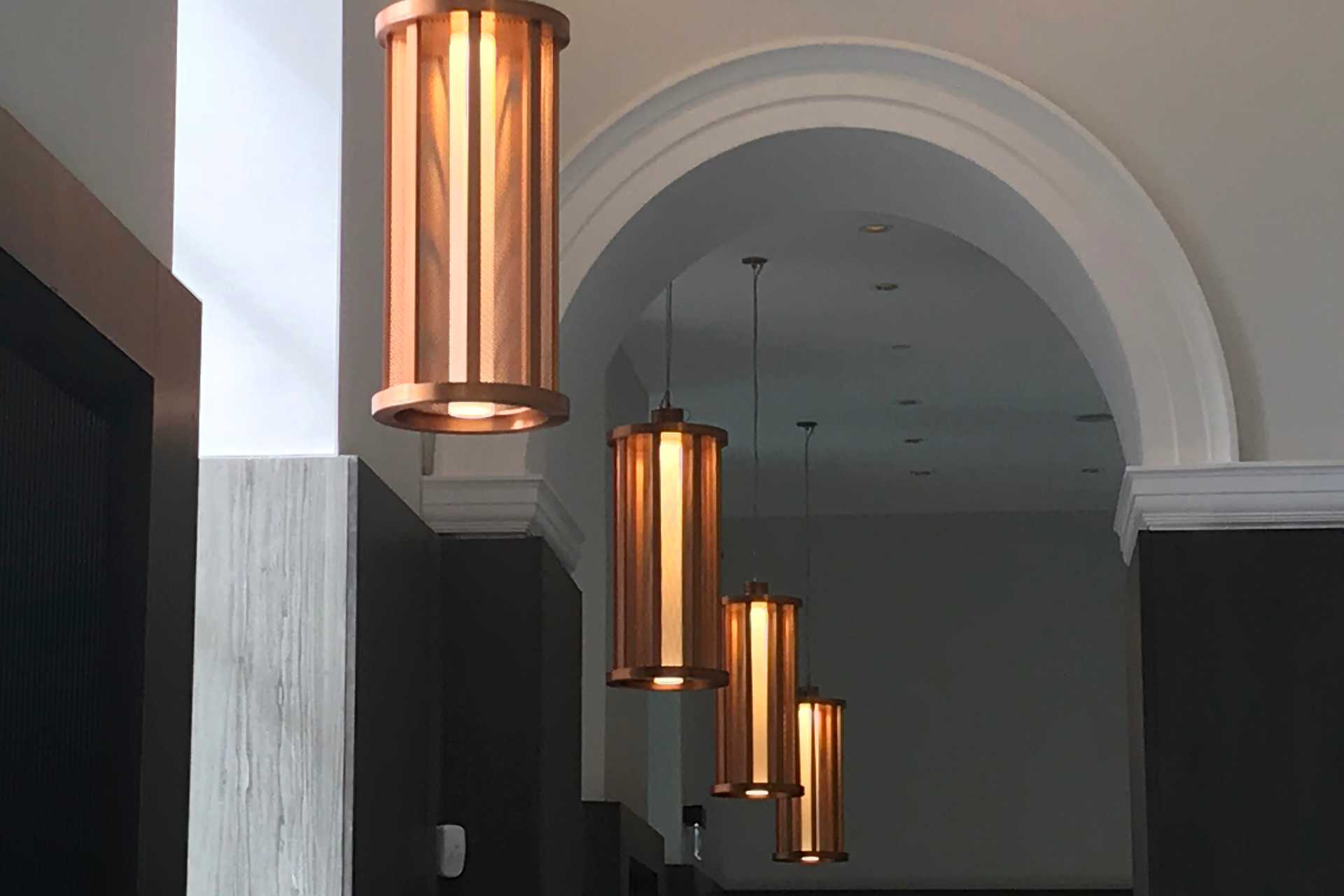 The Aberdeen Art Gallery, which consists of  the Cowdray Hall concert venue and the city’s Remembrance Hall, is a major cultural attraction in the heart of Aberdeen. It re-opens to the public after a major redevelopment on Saturday 2 November, 2019  and is a must visit!  Its collection is one of the finest in the UK, and is recognised as a Collection of National Significance in Scotland. You can see how the landscape and people of Aberdeen and Aberdeenshire provided such artistic inspiration, from Catterline’s light absorbed by Joan Eardley in her work, to the Doric tones echoed in Gabrielle Reith’s hand-painted jewelry. The city’s exceptional art collection is on display in a series of themed galleries, which take a fresh approach to interpretation, including digital interactives and in-gallery personal playlists inspired by the art. 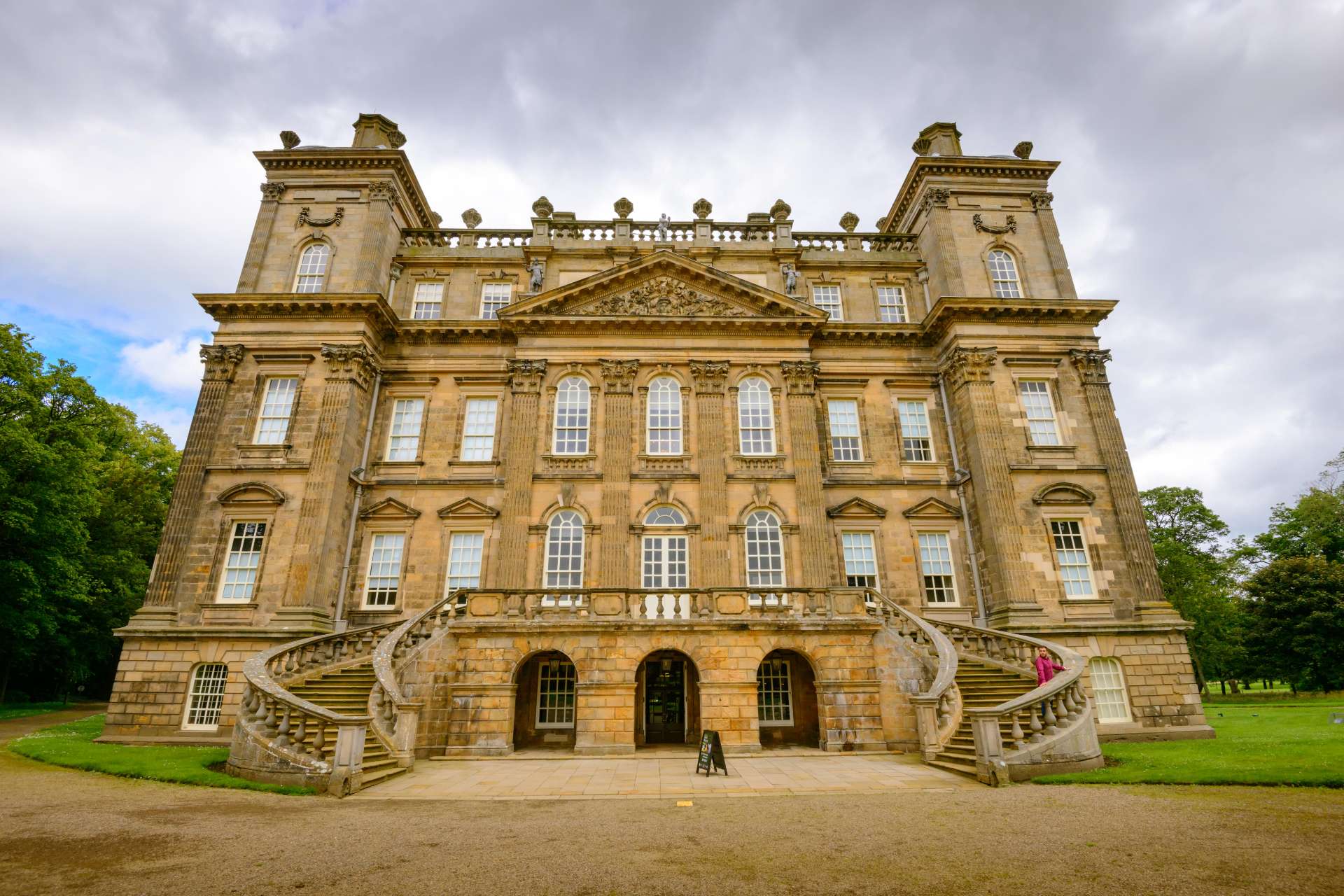 Out with the city, discover Duff House, designed by William Adam. It was a home to noted art collectors, adorned with magnificent paintings, and now displays collections from the National Galleries of Scotland. See works by El Greco, Gainsborough and Raeburn as well as the Dunimarle Library, a rare collection of over 4,000 volumes, which can be viewed by appointment.

Inspired to delve deeper? Plan your cultural trip along the east coast with our 7-day itinerary and meet its people, the places and their captivating stories. And, to make sure you understand them, check out our guide to the Scots language!