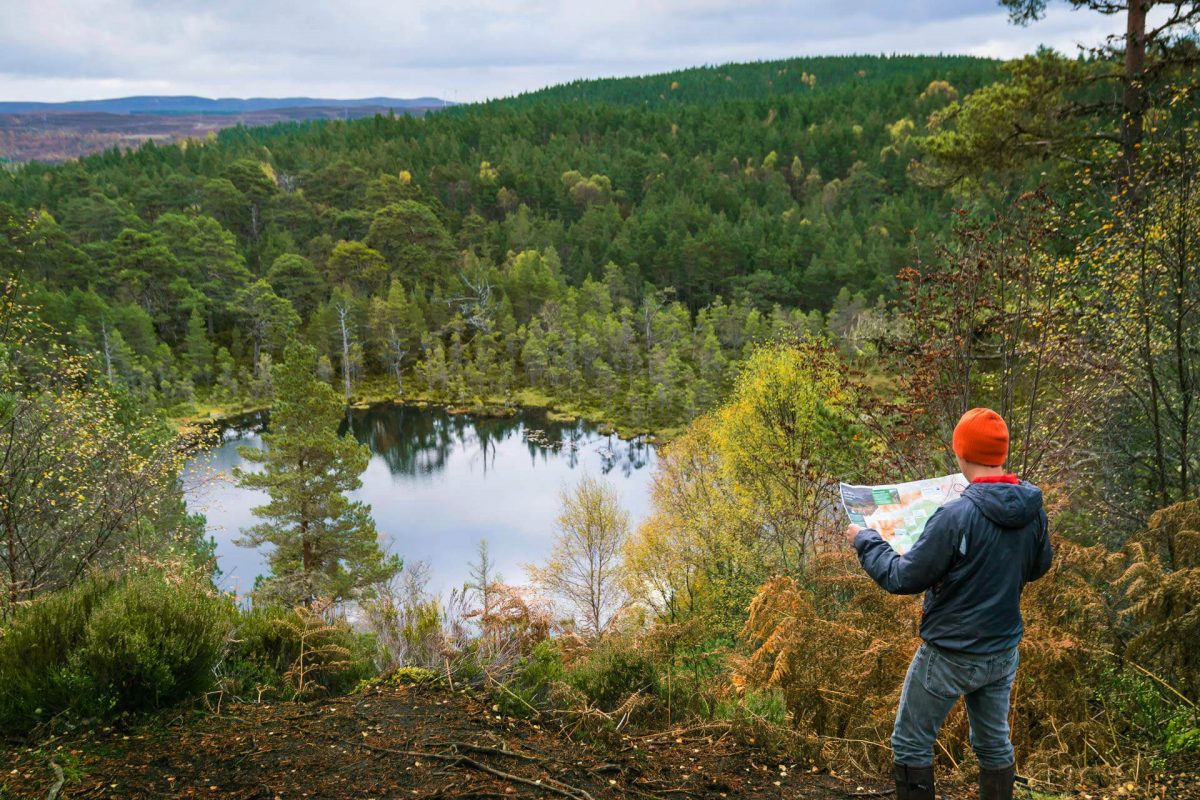 It may seem like yesterday that we were clearing away piles of snow from our driveways and bracing ourselves to step out into a winter wonderland. Back then, springtime seemed like a myth. But as the nights grow lighter and the days longer, we’re excited to brush the dust off our sunnies and make some exciting trip plans.

Luckily, there’s something to put a spring in everyone’s step at National Trust for Scotland locations and properties across the country.

We caught up with a few of their wildlife rangers, who shared some of their favourite moments to look out for as we move into spring and summer. 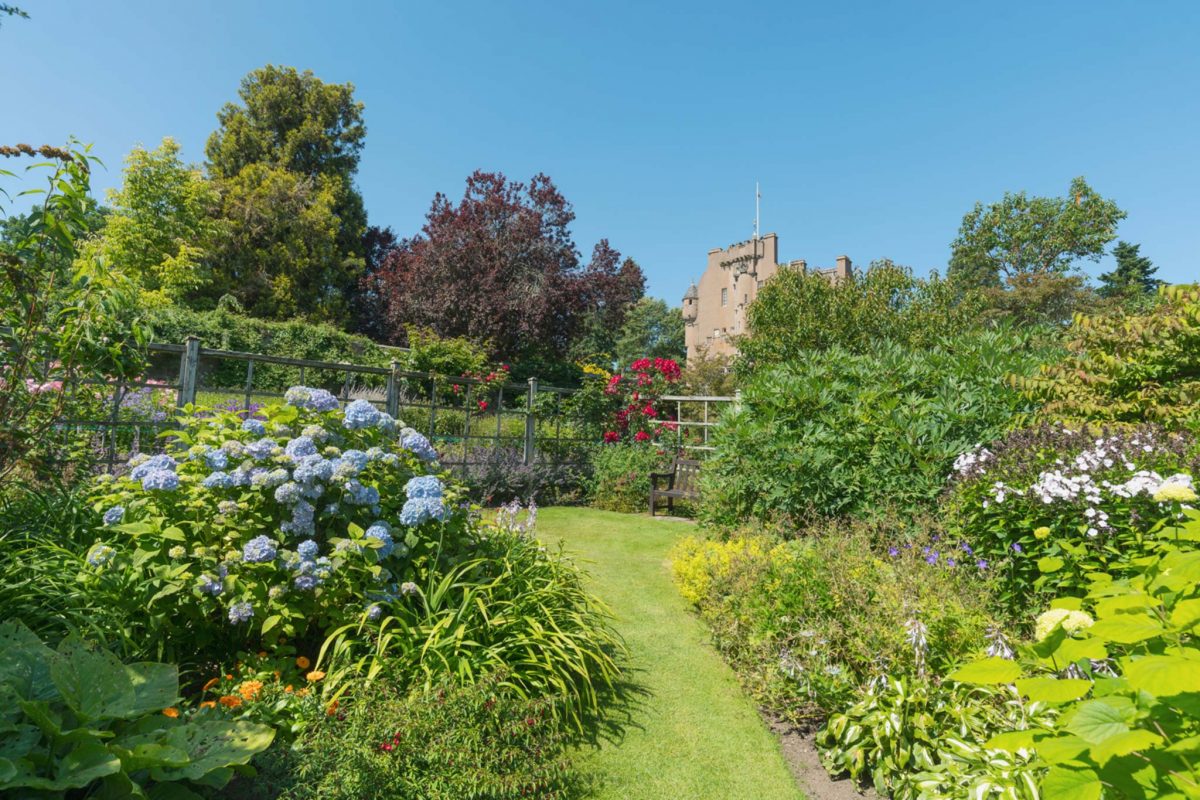 “It’s always a special time when the glorious gardens at Crathes burst into bloom. And, after a long cold north east winter, the return of our insects is another highlight. One of the first butterflies to return to Crathes is the orange tip. With its distinctive colouring, it can be easily spotted on cuckoo flowers in the forests and around the estate.” ~ Toni Watt, Crathes Castle, Aberdeenshire

3. Discover the tranquillity of island life

“A peaceful, spiritual isle coined the ‘gateway to Christianity in Scotland’ and surrounded by white sands and swirling turquoise seas, springtime on Iona is heralded by the rasping call of the corncrake. Patches of iris and nettles in corners of the island’s small crofting fields serve as early cover for this secretive bird on its return from Africa. Their call can be heard echoing around the isle, although catching sight of one is more of a challenge!”~ Emily Wilkins, Isle of Iona, Argyll & The Isles

4. Admire the views from the heights of a medieval tower

“Castle Fraser is one of Scotland’s largest tower houses with history that dates back to the 1450s. The traditional walled garden includes specimen trees, herbaceous borders, a medicinal border and organically grown fruit and vegetables. The flight pond is a priority site for the British Dragonfly Society with 10 species of dragonfly and damselfly, including the striking large red damselfly and the endangered northern damselfly.” ~ Toni Watt, Castle Fraser, Aberdeenshire

5. Escape to the coast for impressive seascapes and seabird sightings 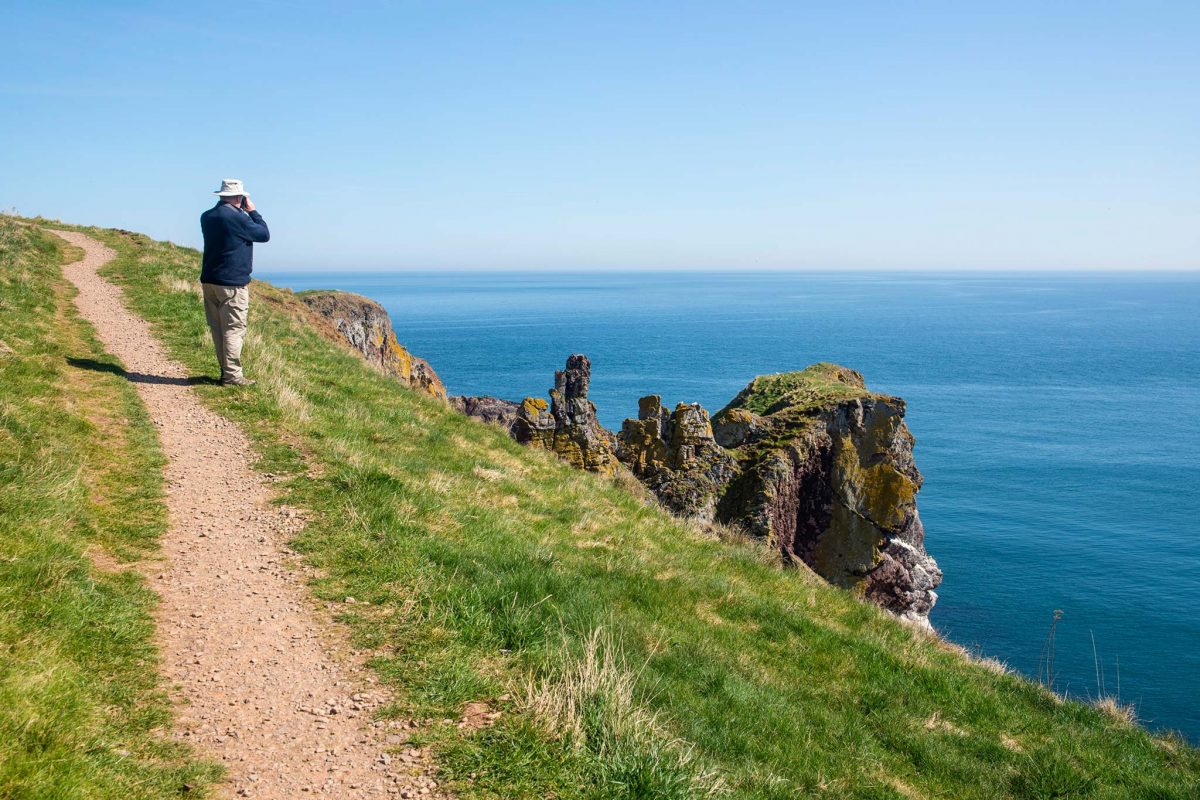 “From April onwards, the seabird season really kicks off at St Abb’s Head and the clifftops start to come alive again as tens of thousands of seabirds return to breed. It’s so easy to spend hours in the summer exploring this stunning coastline. Away from the cliff’s edge, beautiful wildflowers such as sea pinks, rock rose, wild thyme and purple milk vetch brighten up the grasslands. The clear seas boast excellent visibility, so it’s a paradise for scuba divers.” ~ Liza Cole, St Abb’s Head, Scottish Borders

6. Join a proper stag party in the Highlands 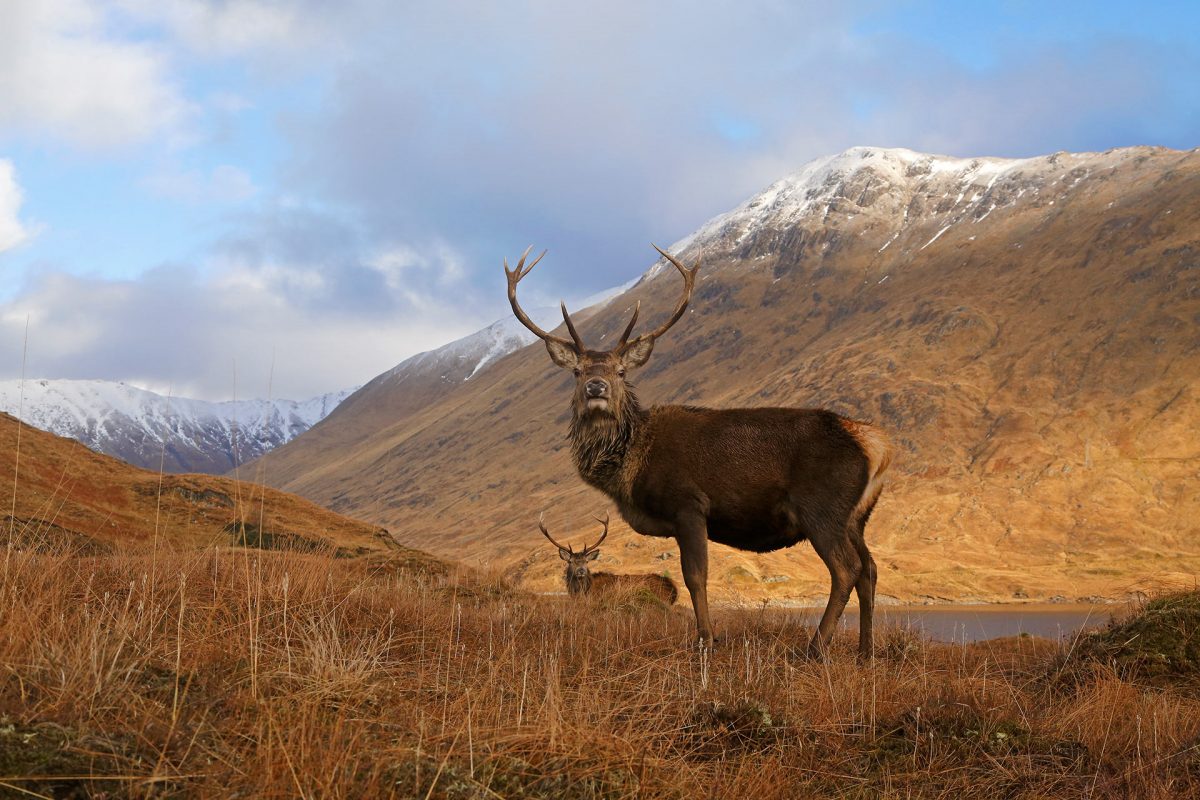 “As the weather starts to show signs of improvement, mature red deer stags begin to cast their old antlers. This is an annual event for the stags and must cause them some pain, but within a few days the scars have healed over and the new antler starts to grow. The best times to see them are the early mornings or evenings on steep hillsides, or visit the estate’s deer enclosure and museum to see the majestic animals up close.” ~ Seamus McNally, Torridon, north west Highlands

7. Catch some rays on the breathtaking Isle of Arran 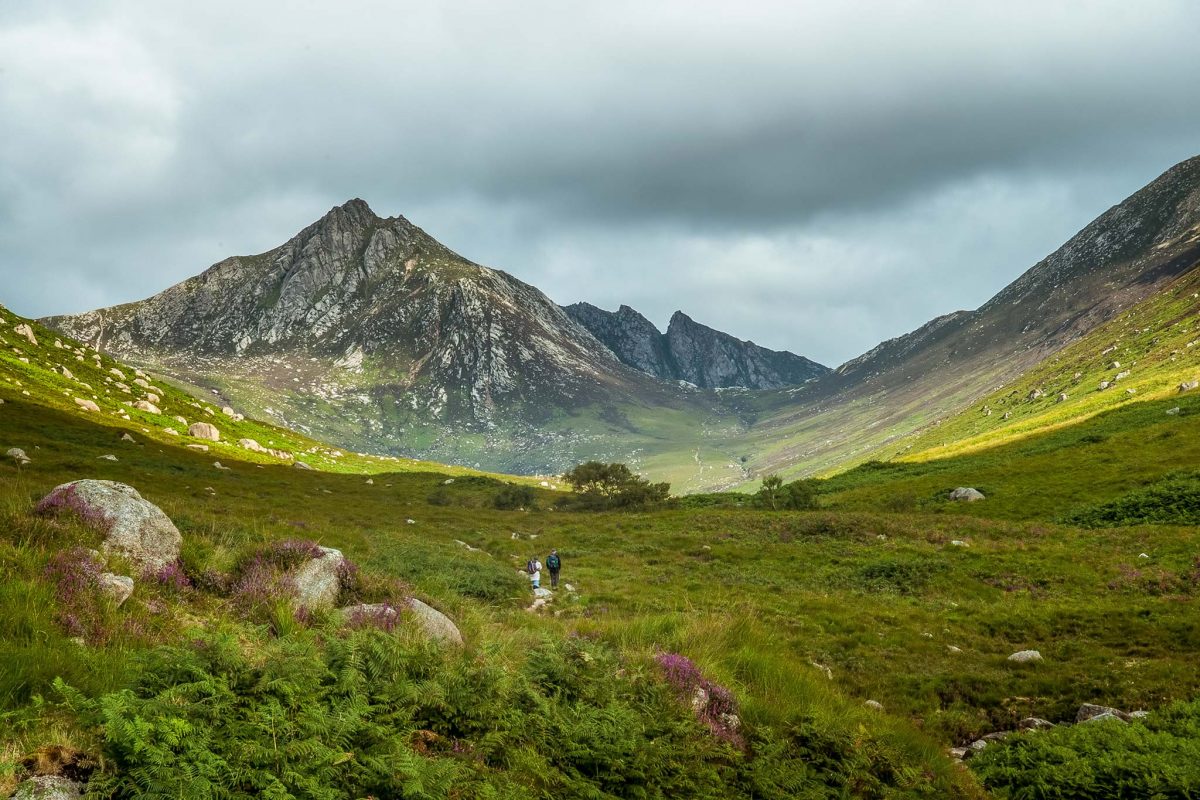 “Even though we can’t always promise sunshine, at the beautiful Glen Rosa, there is a scenic circular walk (8.5 km) which offers wonderful views of the craggy peaks of Goatfell and the path weaves past the ‘blue pool’ – perfect for a quick dip on a nice day!” ~ Kate Sampson, Goatfell, Isle of Arran

8. Say hello to a Highland coo 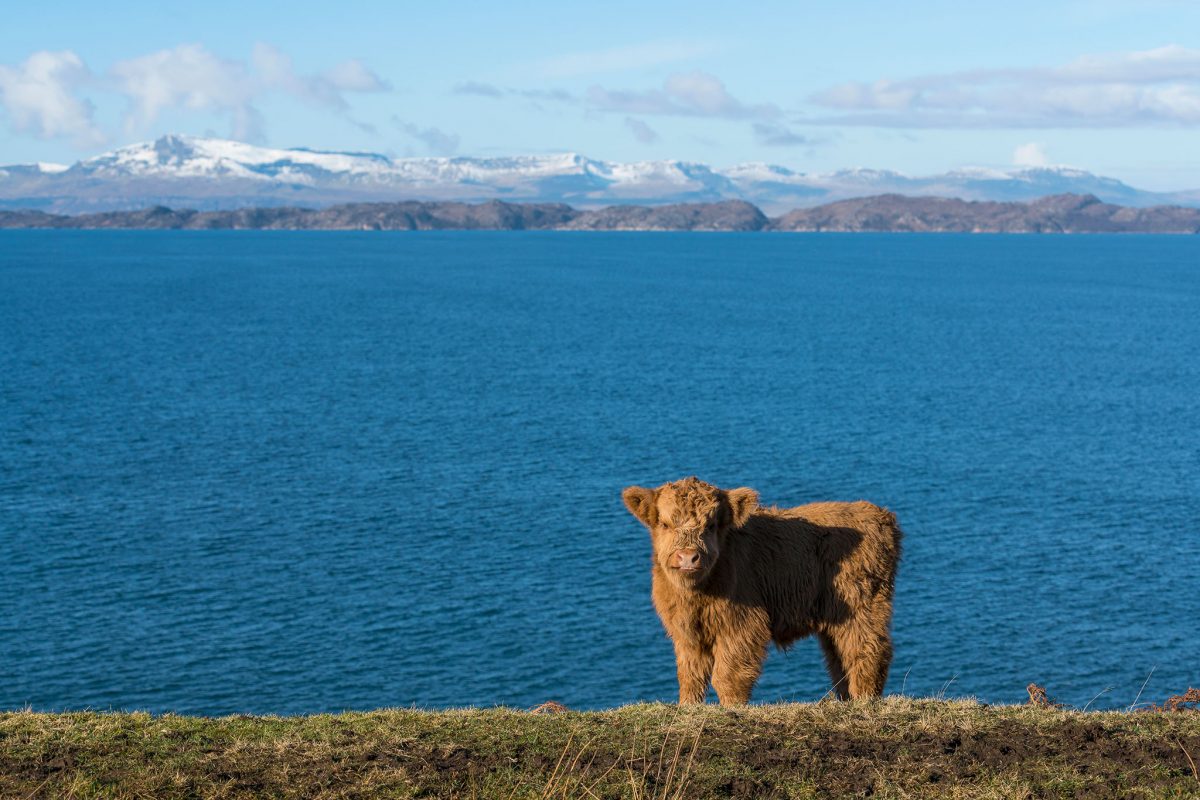 “At Balmacara Estate, the arrival of calves and lambs on the crofts is always an exciting time. With views over to the Isle of Skye on the horizon and 16 miles of walking routes around the estate, the croft is a wonderful place to catch some fresh air. It is the young highland coos that steal the show as they wander through the crofts and villages, posing for pictures!”~ Kirsten Dallas, Balmacara Estate, north west Highlands

9. Get an eagle eye’s view from the peak of a Munro

“Here at Mar Lodge, snow often lies all year round which adds to the drama of the landscape. Munro-baggers are in paradise with 15 peaks towering over 914 m and there’s so many exciting wildlife moments to catch during the warmer months, as golden eagles perform their death-defying display flights in the mountains.” ~ Shaila Rao, Mar Lodge, Highlands

The National Trust for Scotland looks after some of Scotland’s most beautiful and signified natural heritage. Where are you planning to visit in the next few months? Let us know in the VisitScotland Community.

Spot incredible wildlife at any time of the year by checking out our Scottish Wildlife Calendar.