Pose the question which city has the best music scene and you’ll probably be met with pretty strong opinions. Among some of its most legendary musical hotspots the United Kingdom can count London, Manchester, Bristol, Sheffield, and of course, The Beatles hometown of Liverpool.

But when it comes down to experiencing home-grown musical talent first-hand, it’s hard to beat Glasgow, UNESCO City of Music, for the sheer volume, quality and variety on offer, regardless of your taste. 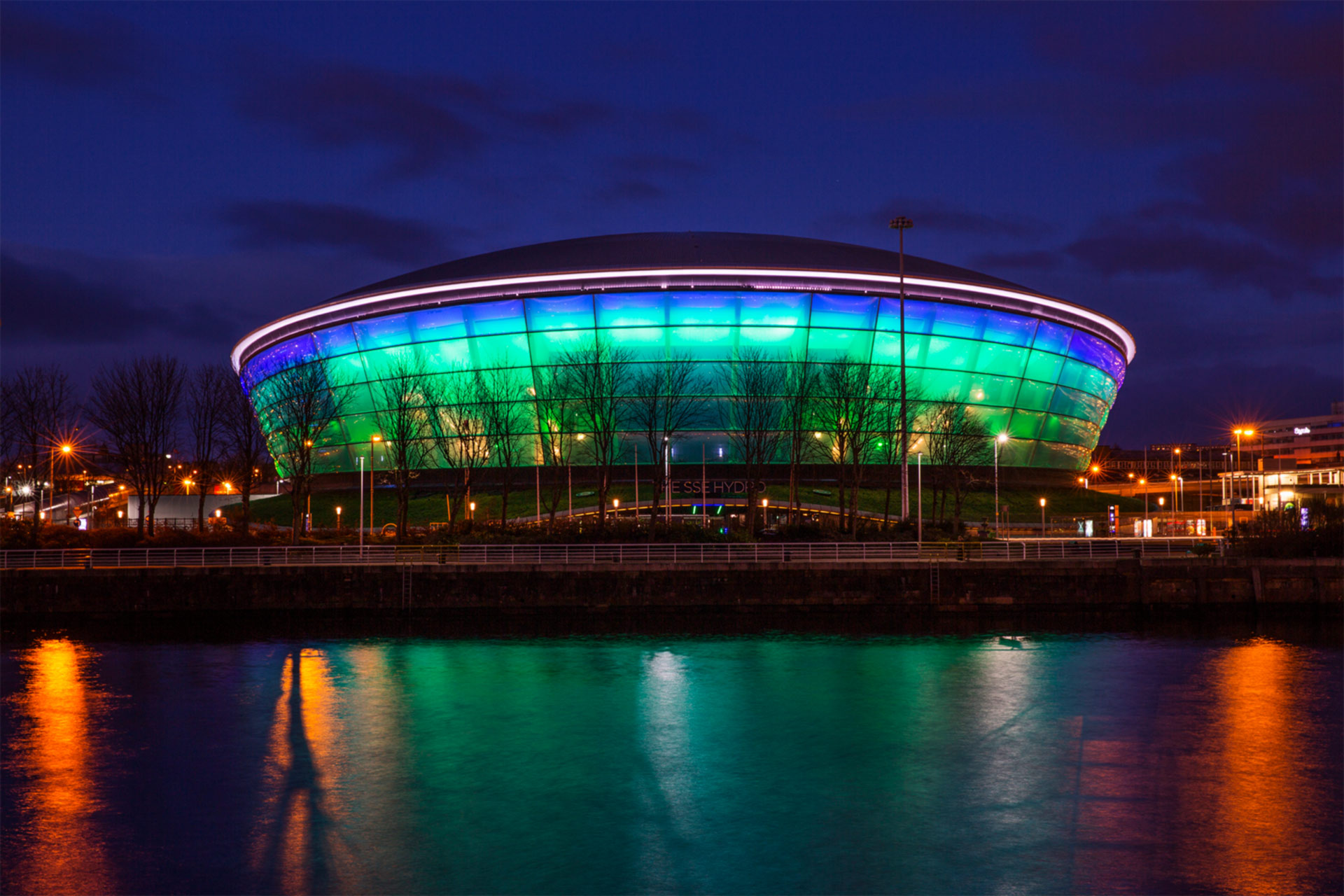 From glam-rock outfit The Sensational Alex Harvey Band to 80s stalwarts Altered Images and Simple Minds, to alternative rockers Del Amitri and Primal Scream, Glasgow punches well above its weight when it comes to nurturing the very best in rock and pop.

Laying claim to chart-toppers, stadium fillers and indie cult favourites as diverse as Texas,The Fratellis, Belle & Sebastian, The Vaselines, Camera Obscura, Orange Juice, Chvrches, an many others, it’s no exaggeration to say that Glasgow’s music scene is and always has been positively thriving. The city has also played host to world-famous music events in recent years, including the MOBO Awards and MTV Europe Music Awards.

From huge-capacity arenas to low-key pubs and clubs where many legendary acts have cut their teeth, to independent record shops, we’ve put together a list of some of the venues and businesses which are as much a part of Glasgow’s music scene as the performers themselves.

Where? 227 a St Vincent Street

With just a 300-capacity, a tiny stage and acoustics that can occasionally verge on the deafening, a gig at King Tut’s is as rock ‘n’ roll as it gets. Offering an eclectic mix of emerging and unsigned artists alongside intimate performances by veteran acts, the no-frills ethos behind the venue has earned it an almost mythological status in the minds of both audiences and performers.

Located on one of Glasgow’s most refined streets, the cobbled Ashton Lane, this former coach house turned Belgian bar transforms from charming gastropub to den of bohemian cool the moment it turns dark. Savour sips of chilled Belgian beers to a live soundtrack provided by visiting DJs (sometimes including the odd Belle & Sebastian member) as well as folk and jazz musicians. 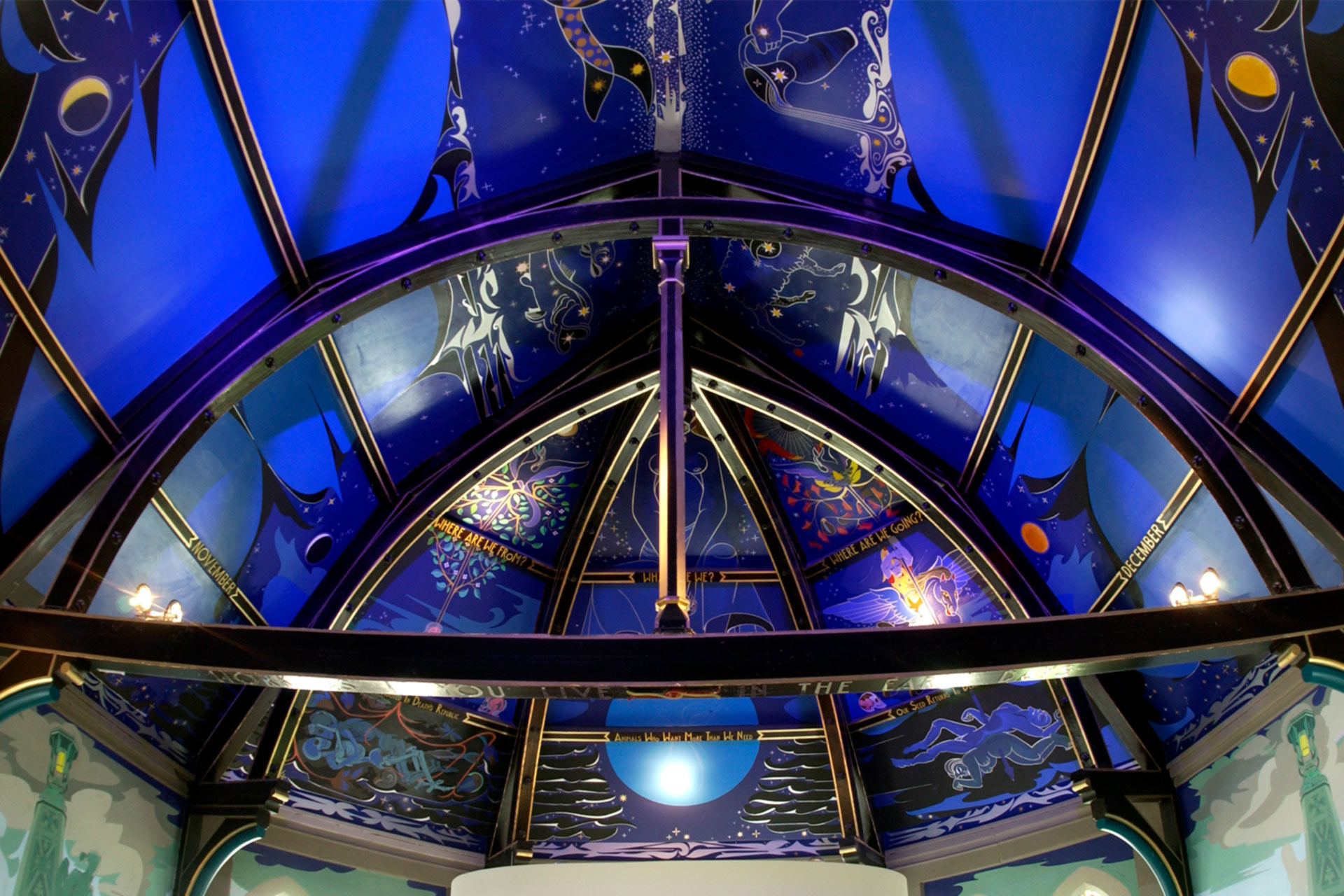 The grand interior of Òran Mór

Housed inside the former Kelvinside Parish Church, Òran Mór offers a musical hub in the heart of Glasgow’s West End. The downstairs of the venue host a year-round programme of live music encompassing some of the biggest names in music in addition to local up-and-coming acts. With its sumptuous décor – including a mesmerising ceiling mural designed by the Glaswegian writer-artist Alastair Grey – two bars, two restaurants, and a nightclub, it’s the glittering jewel in the crown of Glasgow’s nightlife.

Throughout its distinguished history, the ‘Barras’ has been graced by bands as diverse as U2, The Stranglers, The Clash, Marillion and The Manic Street Preachers. On any day of the week, you can still expect this East End institution to pack in the crowds. Scottish acts including Big Country, Teenage Fan Club and Primal Scream have all played to crowds here, while Metallica and Oasis have both declared this former 1960s dancehall one of their favourite venues in the world thanks to its incredible atmosphere.

Mono is best described as an alternative jack-of-all-trades. In addition to being one of the best places in town to see emerging as well as established bands, Mono also encompasses a vegan café-bar serving ethically sourced produce, an independent record store titled Monorail Music, and in-house microbrewery. It also regularly hosts art exhibitions, workshops, book readings and plenty of other high-brow events. Want to spend hours trawling through vinyl, track-down that obscure B-side or catch a performance by the next big thing? Get down to Mono.

In a basement beneath the city centre, Sub Club is arguably one of Europe’s most famous clubbing venues, having played host to the world’s best DJs and bands since 1987. By no means catering solely to techno and dance connoisseurs, Sub Club embraces innovative acts of all genres, from local rising starts to biggest names around. It’s state-of-the-art sound system and legendary club nights make Sub Club the first choice when it comes to spending a night on the tiles in Scotland’s biggest city.

Specialising in underground, electronic genres with a thriving sideline in DJ and studio equipment, Rubadub provides a refreshing break from the mainstream offerings of most other record shops. From hip-hop and drum & base to house, nu jazz, crunk and funk, you’ll find it here along with some very clued-up staff happy to share their expertise.

Don’t be fooled by its deceptively small exterior. Undergoing a Tardis-esque transformation the moment you set foot inside, Record Fayre is home to a treasure trove of second-hand vinyl, CDs and even cassettes. It also offers an excellent range of merchandise and posters to choose from.

These are just some of Glasgow’s musical hotspots. Discover more great music events happening in Glasgow & The Clyde Valley. Got a recommendation? Let us know in the comments below.