What makes a record breaking athlete tick? We ask long distance cyclist and ultra-endurance adventurer, Mark Beaumont, 10 questions as he prepares for the Artemis World Cycle – a Guinness World Record attempt to cycle around the globe in 80 days – which will kick off in Paris on Sunday 2 July 2017.

To achieve his mammoth target, Mark will cycle 240 miles per day, equating to a gruelling 16 hours a day on his bike. The previous record for cycling around the world stands at 123 days, meaning that Mark will smash the existing world record by more than 40 days if everything goes to plan.

Read on to find out more about the Artemis World Cycle, Mark’s life in Scotland and his love for cycling:

1. Tell us about your latest challenge…

The Artemis World Cycle is an attempt to cycle around the planet in 80 days starting in Paris on July 2nd. This fully supported Guinness World Record attempt would take 43 days off the current time, which is 123 days, covering 240 miles a day. As a training ride, I completed a 3300-mile route around the coastline of Britain during April. It gave my support team, and myself, the confidence that we can sustain this gruelling 80-day pace. This project has been three years in the planning, and my support team will be relying on a huge amount of research and carefully planned logistics to keep me on course. All I need to do is cycle my bike for 16 hours a day, every day!

2. You broke the 18,000 mile circumnavigation World Record in 2008. What did you have to do to prepare for this? And what is making you go back and try this again?

My plan was to cycle 100 miles a day, solo and unsupported, for half a year, with a day a fortnight off for flights and contingency – this plan took me around the World in 194 days and 17 hours. It also took 82 days off the previous best time. The Man Who Cycled the World became a BBC documentary and book, which launched my career. This was an incredibly tough project to plan, as I had no track record and no profile at the time. In many ways the hardest part was getting to the start line in Paris – finding sponsors, engaging the media and trying to turn the dream into a reality. Ten years on, I have a lot more experience, I am a much stronger bike rider and I am going back with a full support team, so will be able to cover much greater distances. The circumnavigation is the biggest prize in endurance cycling, just like it’s the ultimate prize in ocean sailing, so it’s where all my focus and training has been for the last three years.

3. Are you prepared for the Artemis World Cycle, and your 80 day mission?

I know what I have got myself into! I’ve cycled around the world ten years ago, but that was unsupported, trying to find safe water, my next meal and camping at the roadside. This time, I’m fully supported, which means I’ve got a support vehicle and a media vehicle, and I am purely focused on performance. As an athlete it’s exciting to have this chance to push my body and mind to its limit, figuring out what is possible without the compromises of the ‘wild man’ adventures and the time constraint of filming my own documentary. Getting around the World in 80 days means 75 days cycling 240 miles a day, with three days of flights and two days of contingency. During the Around Britain we managed 80 day pace, but not including flight time. This pace would still be a phenomenal success, but my dream is to find some marginal gains to come home in 80 days including flights.

I am under no illusion about the intensity of this task. Around Britain was brutal, but everyone grasped the challenge and I have a dedicated team behind me.

4. What is the biggest challenge you are going to face?

Physically it’s a step into the unknown. I’ve never pushed over 200 miles a day back to back for over two months. Mentally, I think it’s going to take all the strength and experience I’ve got from riding my bike for the last 20 years. Logistically, we’ve got to get a full support team around the world, going through, for me, unknown parts of the world like Mongolia, Russia, China. So, there’s plenty of challenges!

5. What will you be eating on your journey?

My nutritionist sets me a well-balanced diet of about 8000kcal a day. Whilst cycling so intensely my overall calorie intake from fat, carbohydrates and protein will increase significantly, Ruth McKean (nutritionist) and Laura Penhaul (performance manager) will aim to work to a structure that will allow us to achieve this in a manner that should optimise my health and performance throughout the expedition.

Every meal will aim to have around 30-40g of protein, the equivalent to about four-six eggs. Protein is key to build and repair muscles while fat and carbs provide the energy. As I will start cycling at 4am each day, I find this too early to stomach a full breakfast so I will begin with a light snack that has protein, carbohydrates and fat, perhaps yoghurt with fruit and honey. That’s enough to get me going, but I’ll then have a breakfast smoothie about an hour into the cycle followed by a further snack once my metabolism has woken up and a full breakfast at the first four hour stop.

The team will eat together every night on the road to a set of recipes we’ve mapped out in advance. It will be based around one carbohydrate, whether pasta, rice or quinoa, with sufficient protein and fat to provide a nutrient rich meal. Moroccan lamb and spaghetti bolognese will both be on the menu! It’s important to have a fairly natural and balanced diet as you can’t fuel on gels and sports bars for 80 days!

6. How can people keep up to speed with your journey?

My journey can be followed at www.artemisworldcycle.com, there will be a live tracker so people can keep up to date on my progress. People can also follow me on Facebook, Twitter and Instagram: @MrMarkBeaumont

7. Where did you grow up in Scotland? 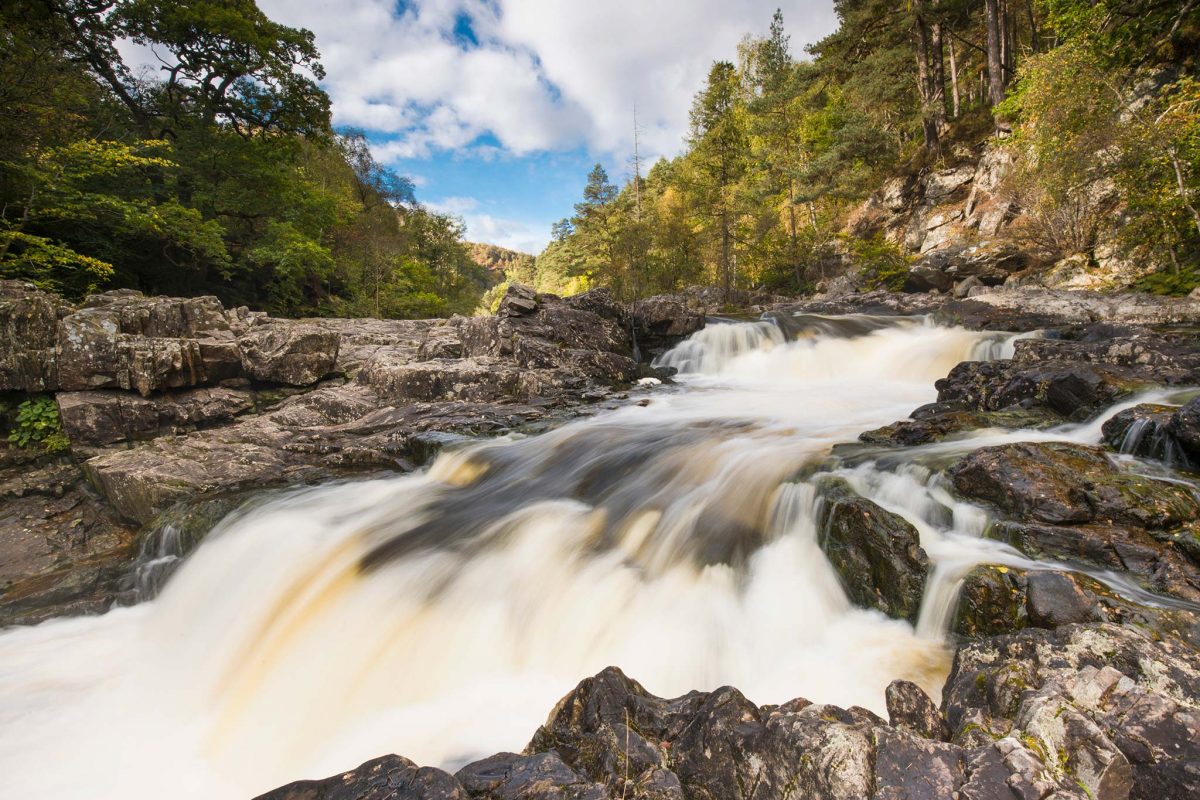 The Linn of Tummel, Perthshire, where you can enjoy a beautiful circular woodland walk

My first memories are on a farm in the Argyll peninsula, which overlooked the island of Gigha, where my father was the dairyman. But when I was still young we moved to rural Perthshire, where I grew up on a farm near Bridge of Cally – it was a wonderful wilderness, surrounded by hills and forests.

8. What’s your favourite memory of growing up in Scotland?

I was home schooled for my primary years, and so my fondest memories are of adventures in the outdoors – I spent most of my time working on the farm, horse riding, climbing, skiing and of course cycling. By the time I got to high school, it was closer to Glenshee ski area than school, and my next-door neighbour was the head of ski patrol. And so on particularly snowy days, if I was up on my schoolwork, I was allowed to head north, rather than south! Those days, often on my own, exploring the mountains, were where my love of adventure started.

9. Where’s your favourite place in Scotland? 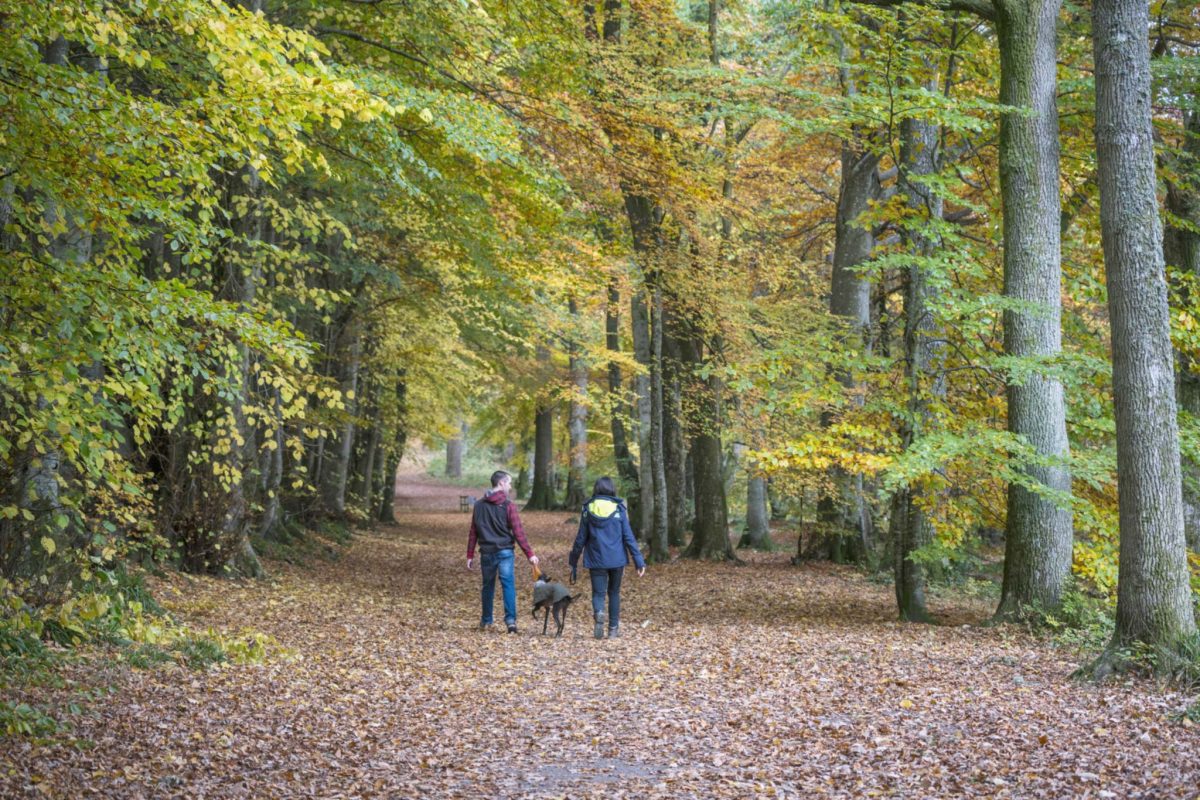 Lady Mary’s Walk by the River Earn in Crieff

I am bias to home, which has always been Perthshire. I now live in Crieff, which sits on the Highland boundary fault line that runs all the way from Arran to Stonehaven, meaning that everything to the north is the Highlands and everything to the south is the lowlands – this makes it the ultimate starting point for any adventures. Outside of Perthshire, I am always drawn to the west coast, in particular Argyll & The Isles – I recently had the opportunity to film and explore this area and can see why it is famed as Scotland’s adventure coast.

10. Where are the top places to go cycling in Scotland? 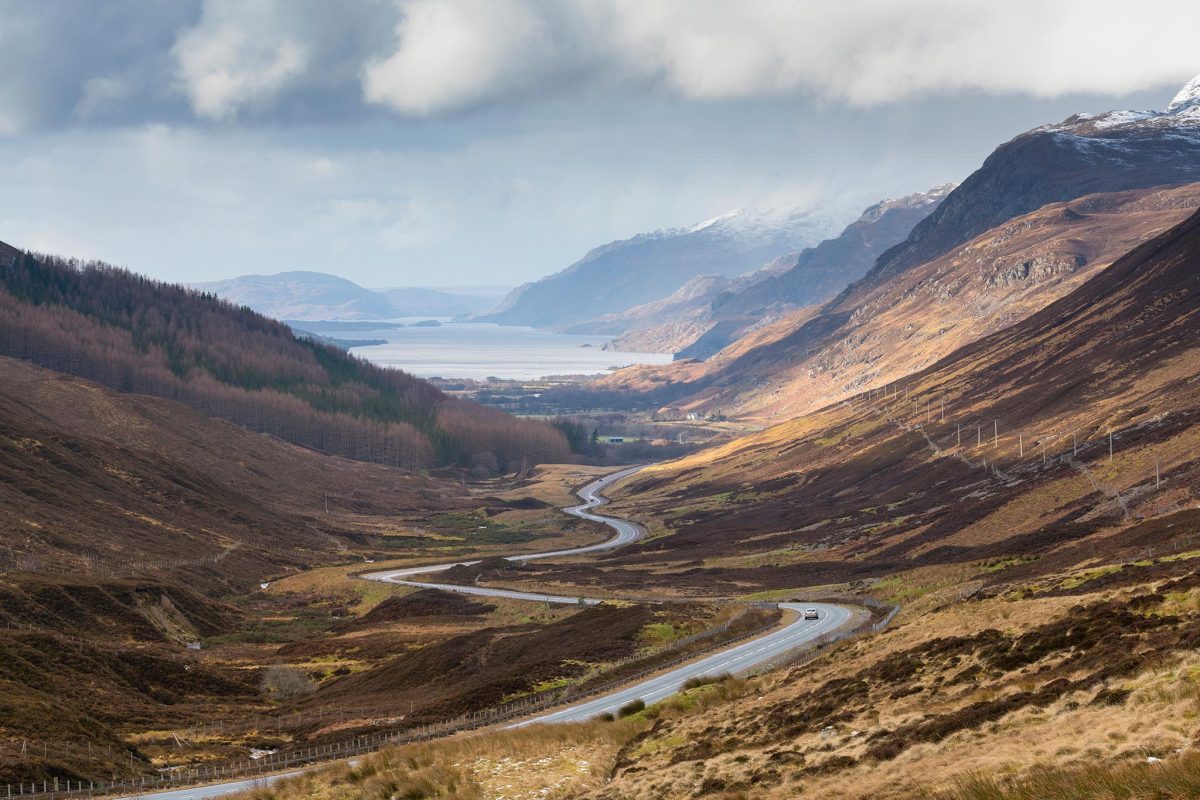 I have previously pedalled the North Coast 500 route around Caithness and Sutherland, taking in the Bealach na Bà, often named as the UK’s best cycling climb. This entire west coast up past Torridon, Ullapool and Lochinver is absolutely stunning. Even further afield, right on the edge of the Atlantic, I am also a big fan of the Hebridean Way, which spans the length of the 10 islands of the Outer Hebrides.

Feeling inspired? Find out more about cycling in Scotland and plan your own adventure.