Some of the finest sailing waters in the world are to be found here in Scotland. Discover secluded coves, explore islands, skerries and miles of rugged coastline, or glide gracefully across a misty sea loch. Our sailing in Scotland video provides plenty of inspiration if you want to learn more about sailing here.

Each year Scotland hosts a number of regattas, sailing events and nautical festivals, which are very popular with seafarers and landlubbers alike. Below is just a small selection you’ll not want to miss.

A post shared by Sailing and hill running race (@scottishpeaks)

The Scottish Islands Peaks Race is definitely an adventure race with a difference and takes participants through some of the finest scenery in Europe.

Starting at Oban Sailing Club, the race begins with a run through parts of Oban and down to nearby Gallanach. Then it’s all aboard as competitors sail to the lovely Isle of Mull, where runners ascend the lofty Munro of Ben More. Back on the yacht, next stop is the Isle of Jura to run and climb the striking Paps of Jura, followed by more sailing to the Isle of Arran and an ascent of Goat Fell. The race ends in the pretty Ayrshire town of Troon.

The Clyde Cruising Club has been holding the Scottish Series, arguably the premier event in the Scottish yacht racing calendar, in the pretty Argyll harbour village of Tarbert since 1977. The village offers a sheltered anchorage and there are many welcoming bars on the harbour side too.

The event sees boats and crews pit their wits against each other, the elements and the local waters, for a festival that is a must-see whether you’re a sailor or spectator.

The racing is spectacular and the renowned atmosphere of the event around the village is something to savour, as Tarbert’s welcoming bars fill with music, laughter and many (sometimes tall!) tales of the day’s adventures on the water.

Heading into the wild North Atlantic, the dual UNESCO World Heritage Site of St Kilda, lying 40 nautical miles off the coast of the Outer Hebrides, awaits intrepid sailors and adventurers, who are brave enough to take on the St Kilda Challenge, which takes place every two years and is next scheduled for 2020.

Over the three days, skippers and their crews will navigate some of Europe’s finest sailing waters as they set sail from Lochmaddy on North Uist and make for Village Bay on St Kilda’s main island of Hirta.

These islands saw their last permanent residents depart for the mainland in the 1930s and they are a magical draw for sailors and other adventurers, keen to explore Scotland’s outer-most western limits.

Organised by the Clyde Cruising Club and partners Comann na mara, the challenge ends with festivities and the odd dram back onshore at Lochmaddy.

The popular Scottish Traditional Boat Festival, which takes place in the charming little coastal village of Portsoy, attracts many visitors from Aberdeenshire and beyond.

The enchanting 17th century harbour is the main hub for festivities, where you’ll find a host of traditional and modern boats and yachts, and an unrivalled festival atmosphere.

A main stage on the harbour side hosts entertainment throughout the weekend and a raft of stalls here and further into the village offer unique crafts and keepsakes and the finest food and drink from the north-east. Loch Soy, close to Portsoy Ice Cream (very yummy!) offers lots of festival activities for kids.

Cheer on ‘skiff’ crews as they compete against each other and the choppy North Sea, delight in the aromas of seafood and other tantalising festival treats, and enjoy music and mirth into the wee small hours.

The Tarbert Traditional Boat Festival brings around 30 traditional boats from the local Argyll area, as well as visiting boats from around Scotland and further afield, to the pretty harbour village of Tarbert. Visitors and villagers alike, are very welcome to admire the boats moored up in around the harbour and pontoon and browse the popular shore-side stalls. There are crews to cheer on in the exciting skiff races and there’s plenty of music and dancing to enjoy into the wee small hours.

West Highland Yachting Week has been riding the crest of a wave for over 70 years and is a premier historic and international yachting event.

The regatta moves from venue to venue along the west coast during the course of the week. Starting in Craobh in Argyll, the fleet races in Lower Loch Melfort, Loch Shuna and south of Loch Shuna before heading for Oban. After spending two nights here, the race is on to Tobermory on Mull to bag the best moorings (that are closest to the pubs!). After spending two nights in Tobermory, the fleet races back down the Sound of Mull to end up back in Oban Bay to spend the final night in this bustling ferry port.

If you’re in the area, there’s a good chance you’ll see some of the racing action set against a spectacularly scenic west coast backdrop, and you’ll enjoy the on-shore atmosphere of the regatta in pubs and restaurants at each venue. 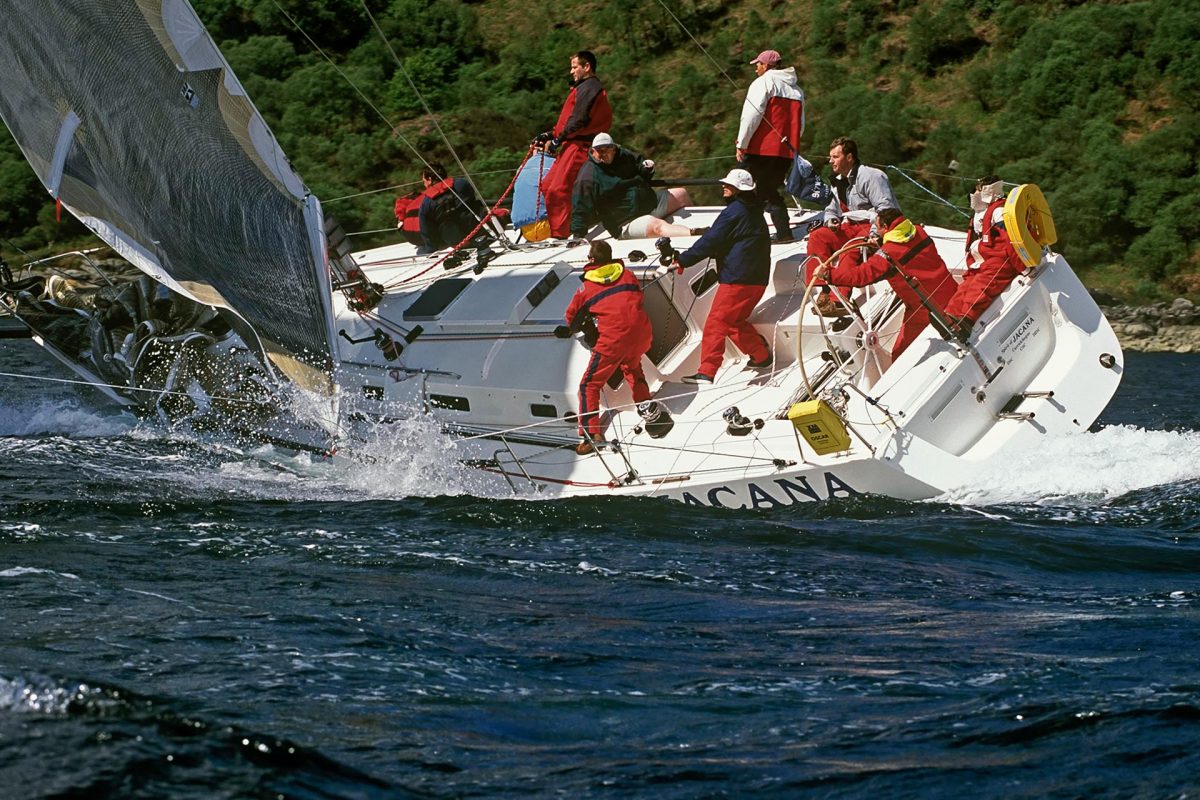 This popular and free entry boat show is the UK’s second biggest and offers a packed programme. Experienced hands can browse the many new and pre-owned boats for sale, or pick up new equipment and clothing. While novices, who are keen to get on the water for the first time, can opt for taster sessions with the Royal Yachting Association. There’s a host of food and drink stalls and cookery demonstrations to tempt those tastebuds and lots of onshore and afloat events to keep you entertained.

Find out more about these and many other special seafaring and maritime-themed events taking place around Scotland on the Sail Scotland website.