The poll asked golfers to vote for the best opening and closing holes, a best Par 3, 4 and 5, as well as the best view and a best overall hole from a selection of shortlisted holes across the country. The poll highlighted both what makes Scotland’s famous courses so iconic and invited entrants to support local heroes and suggest their favourite golf holes.

Here is our list of the best golf holes in Scotland as voted for by golfers across the UK. 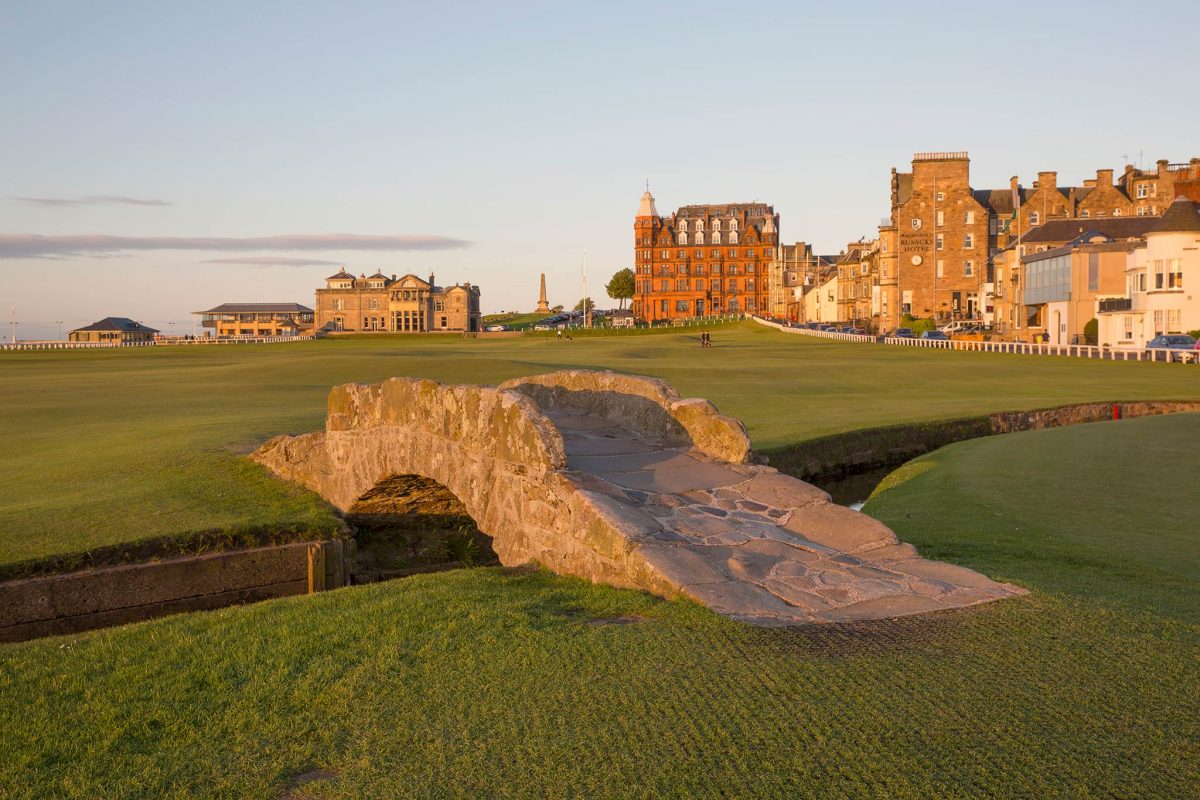 The closing hole at St Andrews’ Old Course was voted the Best Golf Hole in Scotland with a 27% share of the vote.

St Andrews is often regarded as “the home of golf” and performed strongly across the poll. The 18th hole is named after the former open champion Tom Morris who lived in St Andrews. It is easy to see why this iconic golf hole was voted the best; it’s the most photographed golf hole in the world! 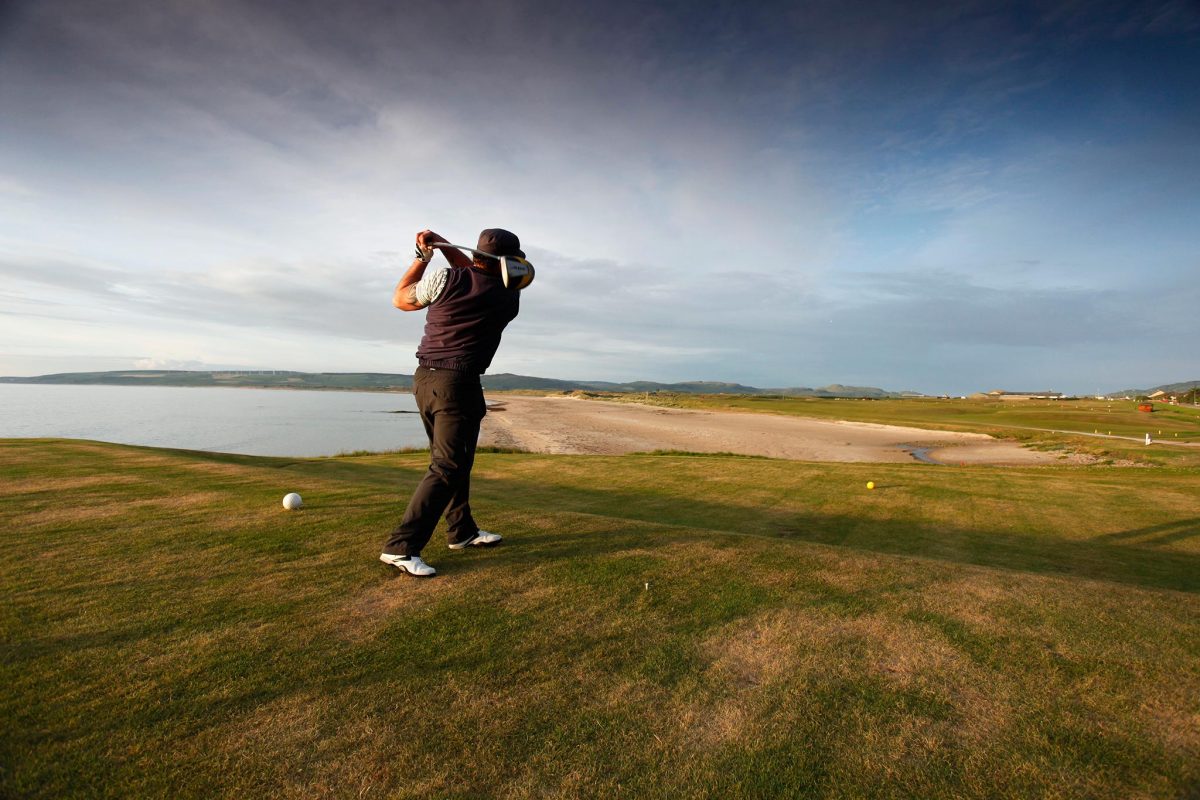 The Battery, whose tee box already features a plaque declaring it the best opening hole in the world, received over 1,000 votes in our poll as the Best Opening Hole in Scotland.

Sitting on the southern tip of the Mull of Kintyre, the opening hole at Machrihanish Golf Club challenges golfers with strong sea winds but rewardingly picturesque views. 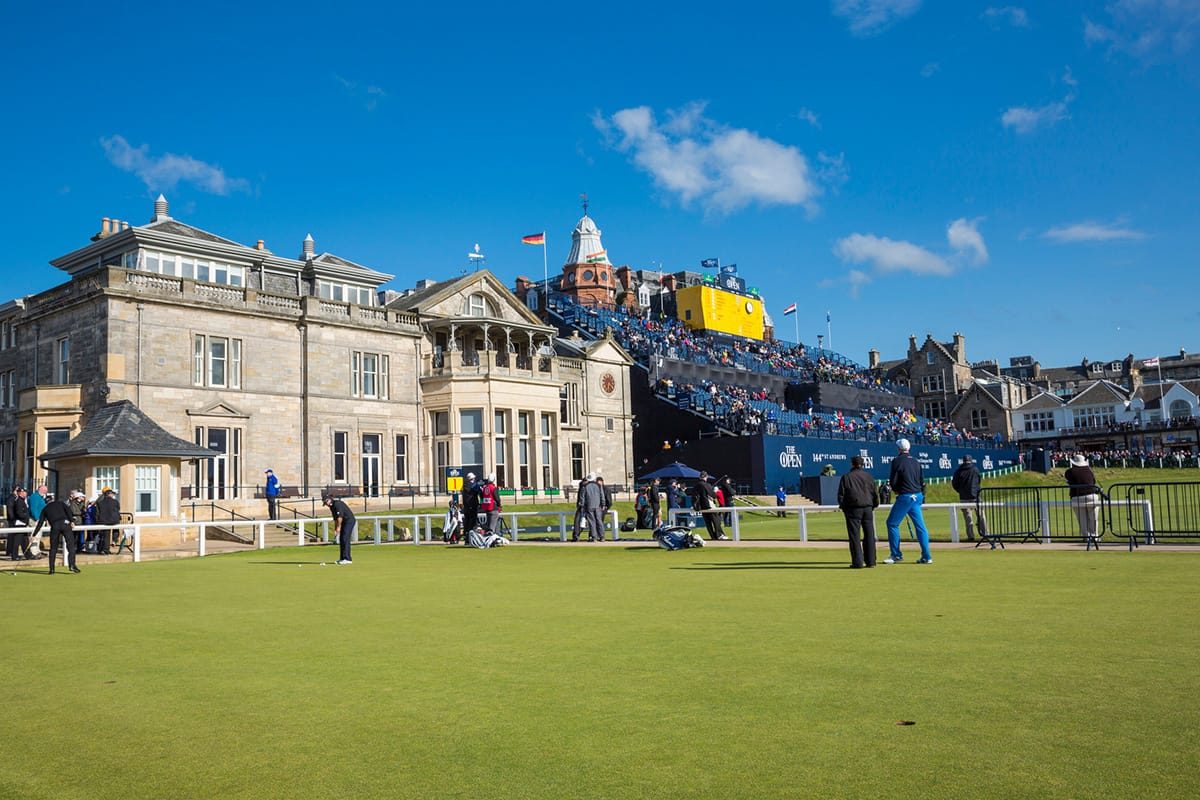 As well as winning the title of Best Hole in Scotland, the 18th at St Andrews’ Old Course was also voted the Best Closing Hole with almost a quarter of votes. A tricky closing hole, home to the iconic Valley of Sin. Tom Morris narrowly pipped Moray Golf Club and Carnoustie to the post for best closing hole. 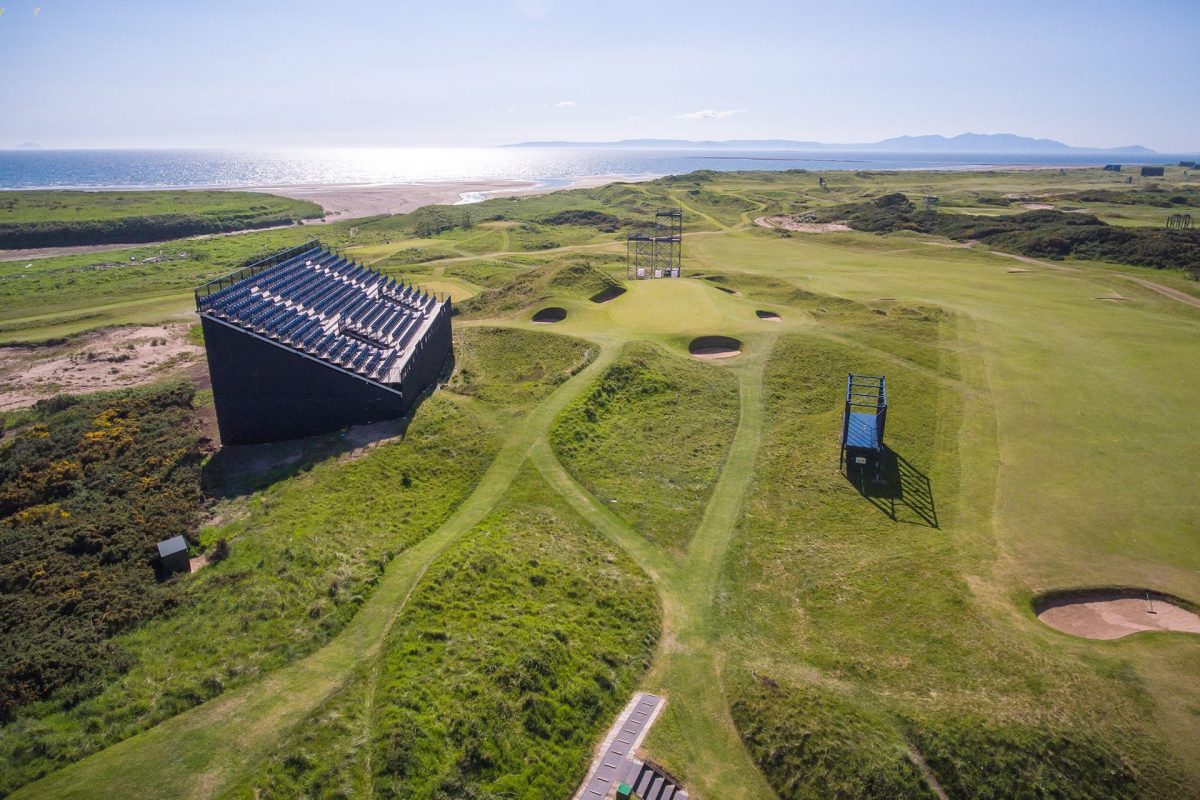 Winning 26% of the vote, The Postage Stamp at Royal Troon was voted Scotland’s Best Par 3.

Originally called ‘Ailsa’ due to the stunning views across to rocky Ailsa Craig, this hole was renamed when William Park writing in Golf Illustrated described the putting surface as “the size of a Postage Stamp”. The shortest hole in Open Championship golf, this one is not for the faint-hearted with many of the world’s top golfers coming to misery here on the 8th. 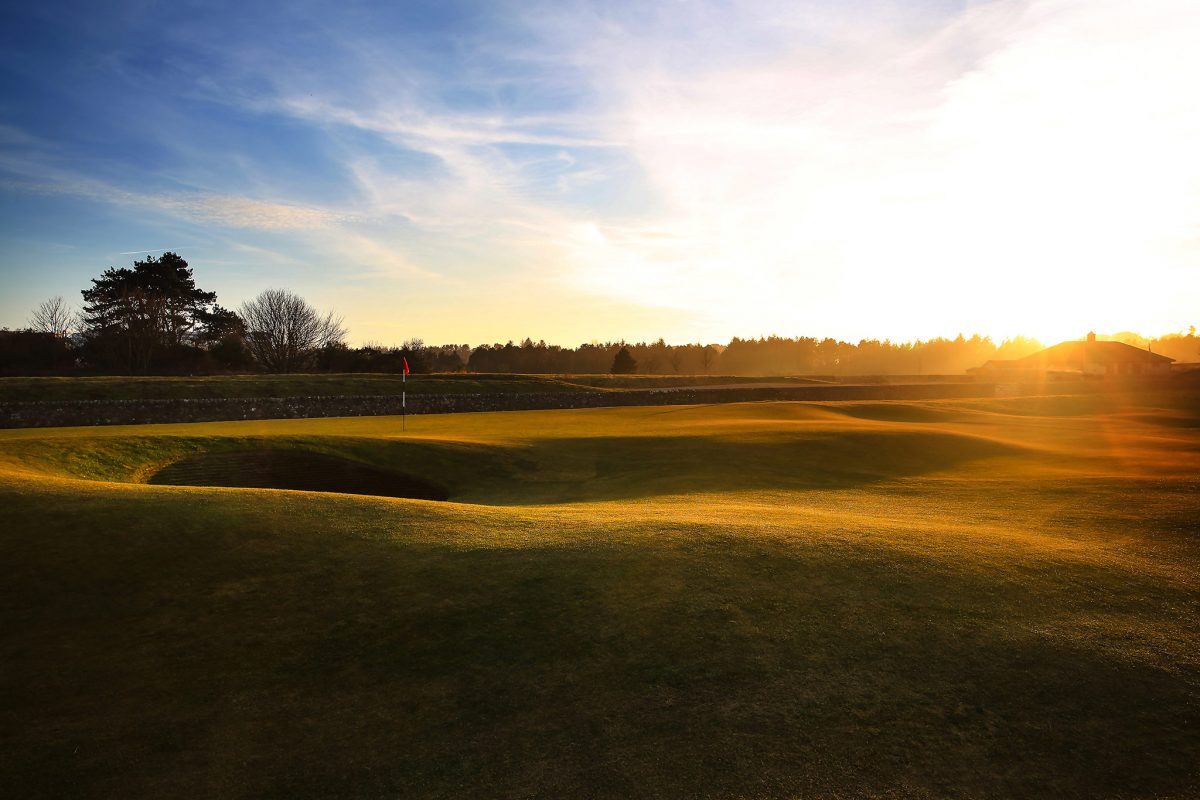 The Old Course at St Andrews also won the Best Par 4 in Scotland for the 17th, Road hole. The Road received over a third of the votes in this category.

If you have played this hole you will know that shots that veer to the right are liable to end up on the road. Other pitfalls include the devilish ‘Sands of Nakajima’ bunker nicknamed after Japanese golfer Tsuneyuki Nakajima, who took four shots to get out while leading in the third round of the 1978 Open. Other contenders in this category included Royal Dornoch (8th) and Carnoustie (18th). 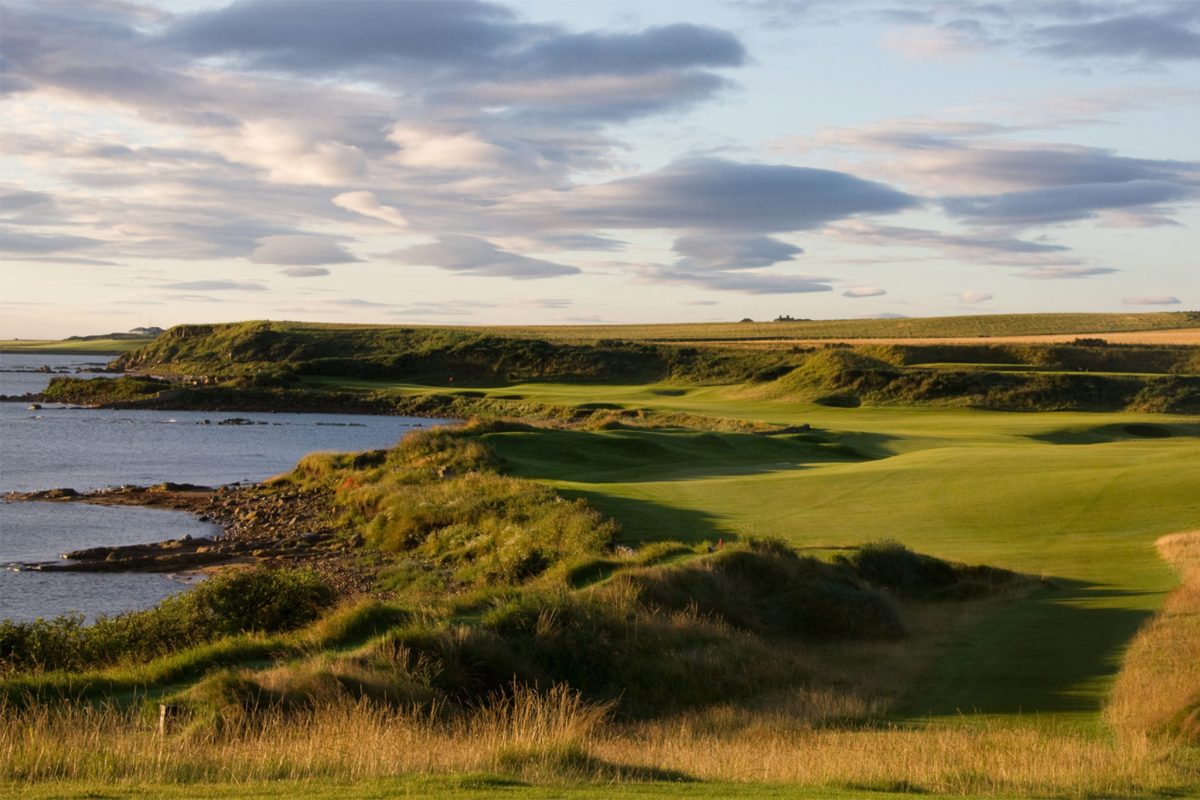 The 12th hole at Kingsbarns Golf Club on the Fife Coast was voted the best Par 5 with over 650 votes.

The neighbour of St Andrews finished ahead of holes from Castle Stuart (18th), 2014 Ryder Cup venue Gleneagles (16th) and the recently redesigned Ailsa course at Trump Turnberry (10th). The name Ordeal echoes the length of this hole, but the stunning views along the beaches of Fife make it anything but. 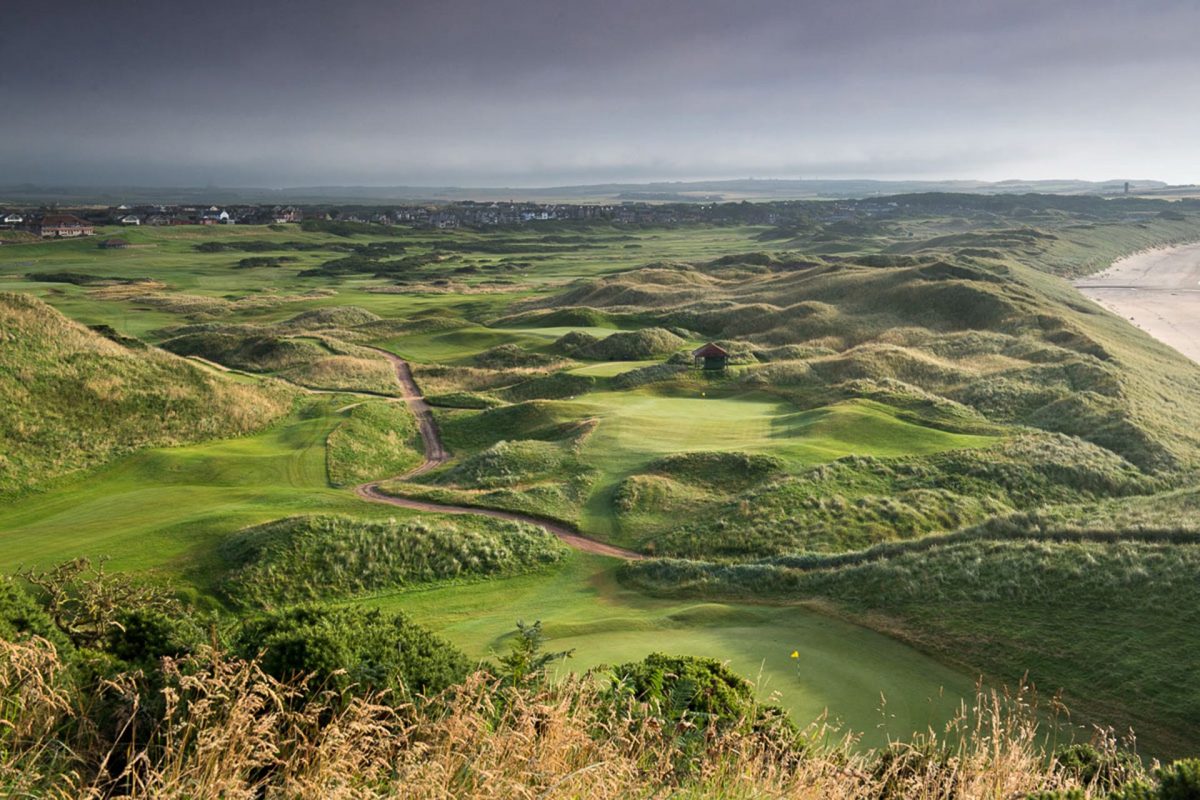 The 9th hole at Cruden Bay Golf Club on the Aberdeenshire coast claimed the award for best view.

The course, which has stirring views across the Bay of Cruden and Slains Castle, triumphed against competition from the Castle Course at St Andrews, Machrihanish Dunes and Gullane Golf Club, with 20% of the vote. This category included nominations for more than 300 individual holes, which was a real testament to the wealth of beautiful views across Scotland’s courses. 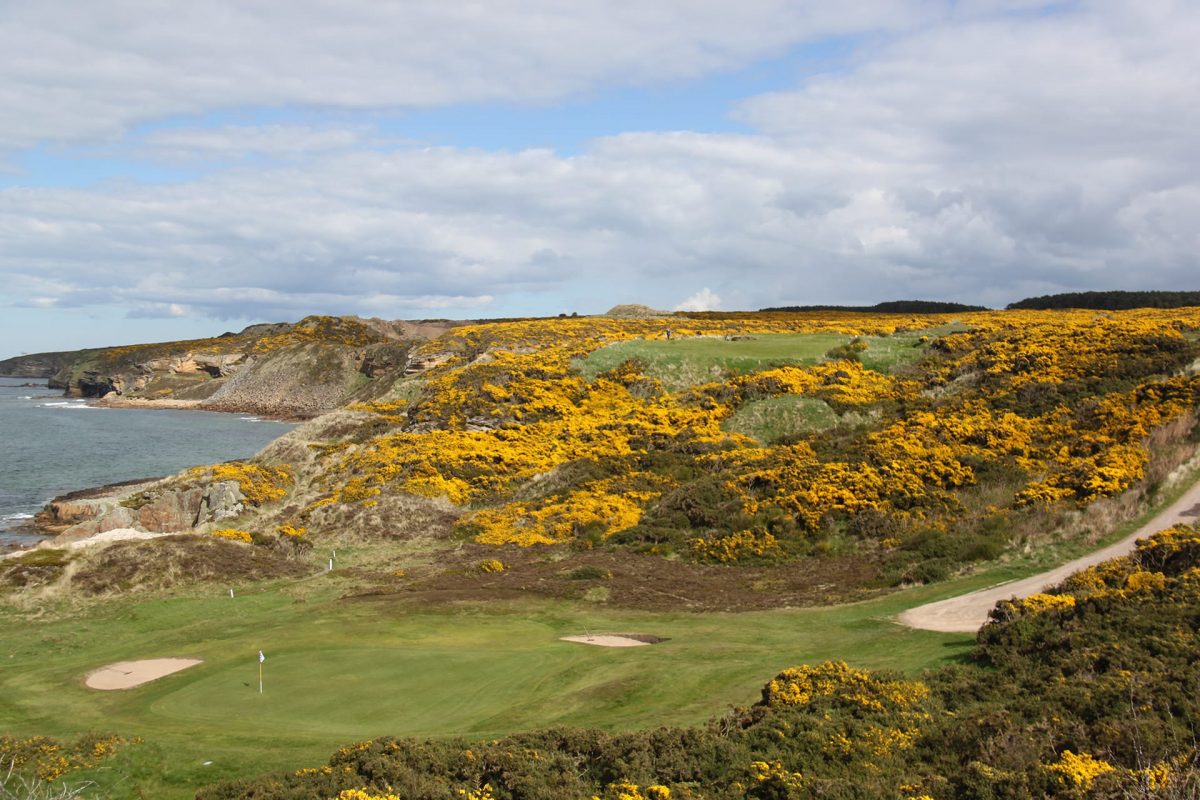 Machrihanish and Cruden Bay weren’t the only local courses to perform better in the poll than some of their more well-known rivals. Moray Golf Club’s closing hole, overlooking the Moray Firth, came second in its category, ahead of both Carnoustie and Turnberry. The 12th hole at neighbouring Hopeman Golf Club, received more than 120 votes for the best view, despite not being shortlisted.

A Beginner’s Guide to Golf in Scotland