Scotland is famous as The Home of Golf, but what was it in particular that convinced Ladies European Tour professional, Beth Allen, to move here from California?

Ahead of two great golf tournaments – the Aberdeen Asset Management Ladies Scottish Open at Dundonald Links and the Ricoh Women’s British Open at Kingsbarns Golf Links – Beth shares her experiences on what it’s like to be a Californian golfer living in Scotland, including her favourite courses and places to relax:

‘As a golf obsessed teenager born and raised in California I often wondered what it would be like to visit the illustrious Home of Golf, Scotland, but never in a million years did I think that it would be my home. Now, as a 35 year old professional golfer on the Ladies European Tour and resident of Edinburgh, I can’t imagine living anywhere else.

In 2008 when I joined the LET I didn’t know many players but soon I gravitated toward the fun loving natured Scots on tour. I started spending weeks off with different friends from Scotland who introduced me to different parts of the country and that is when my love affair with Scotland began. From nights out in Glasgow to impromptu golf trips to St Andrews, I couldn’t get enough. 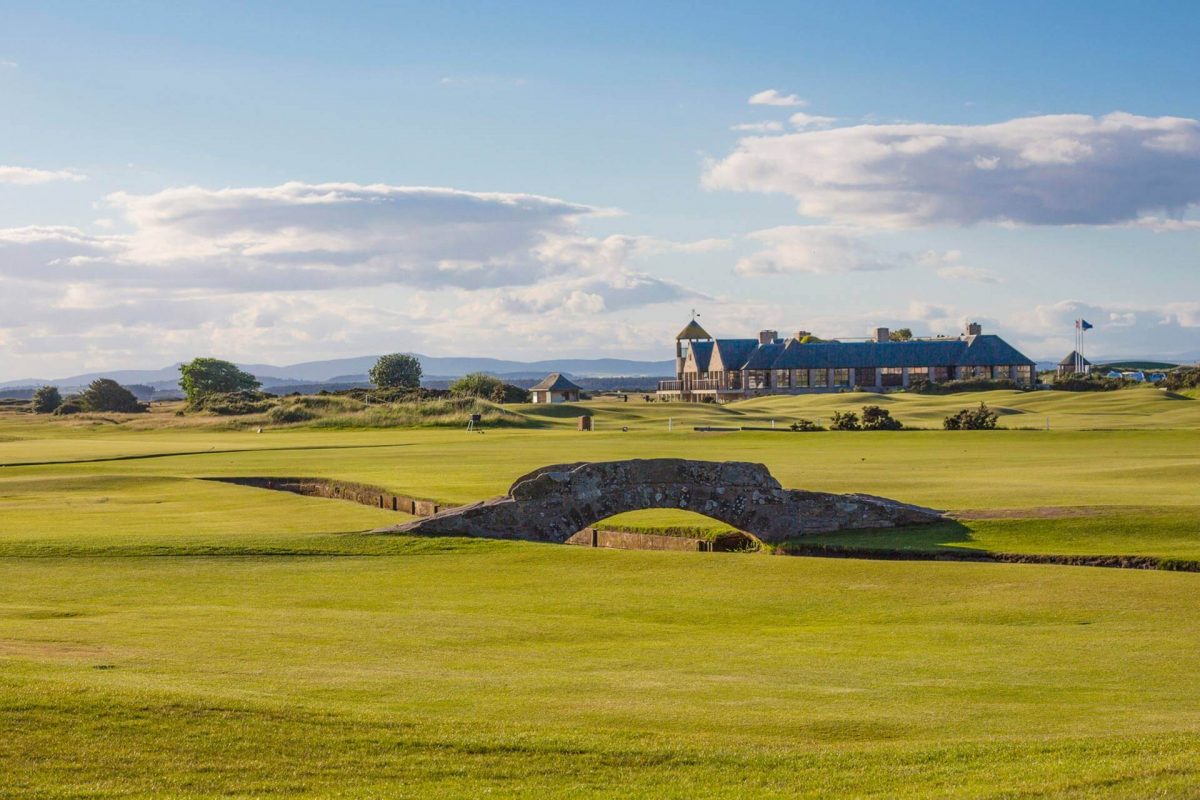 Swilcan Bridge at the Old Course in St Andrews

In August 2010 I played in my first Aberdeen Asset Management Ladies Scottish Open at Archerfield Links. A group of us hired a flat in Gullane and I was totally charmed. I frequented the Old Clubhouse through the week to get my fill of the best nachos in Scotland and even sample a few local ales. At the time, I didn’t have a full time caddy so I was given a local caddy by the club. The two of us immediately got on because, of course, he had the banter. He asked me if I had ever been to the Fringe in Edinburgh. I had no idea what he was talking about but after he explained I made plans to go with him on Sunday night after the event. This was one of the first times I had ever been to Edinburgh and the atmosphere was electric. The beer gardens amongst the old buildings and the endless choice of entertainment blew my mind! After a few pints he took me to my first silent disco which was in the basement of an old church and we danced all night. It was like a movie that could only be produced in Scotland. 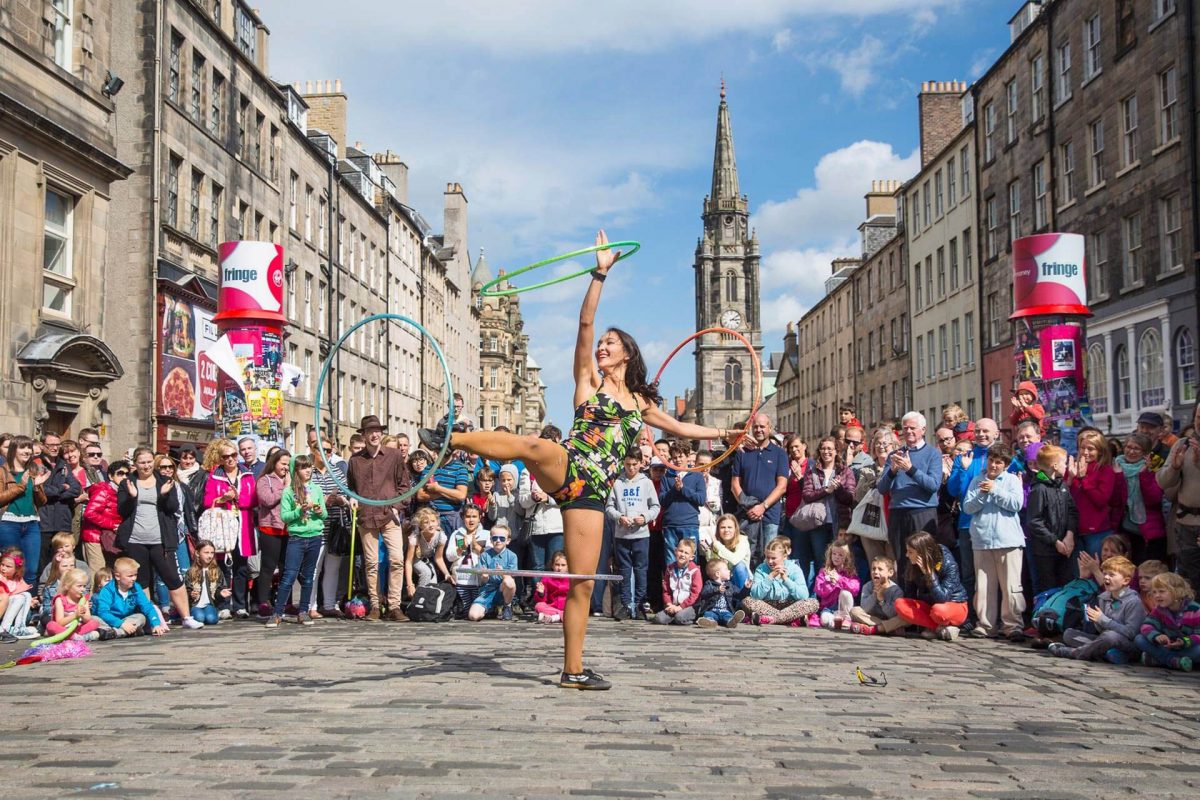 A performer on the Royal Mile during the Edinburgh Festival Fringe

Edinburgh soon became my favourite city in Scotland. Before I moved to Leith Walk I loved to visit the capital to walk around the gardens, have coffee in Stockbridge and drink cocktails at Treacle. Of course, the golf isn’t too bad either. Only a short train ride away from the capital city is my favourite course in Scotland, North Berwick West Links. The first time I played there the weather was perfect. I had played a fair bit of links by then and the quirkiness of North Berwick West combined with the breathtaking views made me smile the entire way around. The 14th is my favourite hole which features a wall that you need to hit over to land on a very small and narrow green. The 18th reminds me of the 18th on the Old Course coming back into town but best be careful if you have a slice as the car park and Scottish legend Catriona Matthew lives just off the fairway!

North Berwick West and Archerfield Links are just a couple of the incredible links that Scotland’s Golf Coast has to offer. I have also been fortunate enough to play Renaissance, Luffness, Gullane #1 and Muirfield. It is really hard to beat a day out at Muirfield. The first time I had the privilege it was a crisp March day and we started at 8 straight to the first tee. Less than four hours later we were in the prestigious clubhouse for an unforgettable lunch. After that, we went back out again and played foursomes which is not uncommon. I have never played foursomes in a bounce game and thought that it was really unique that was encouraged. I really enjoyed the change of pace and the second round was even more fun. 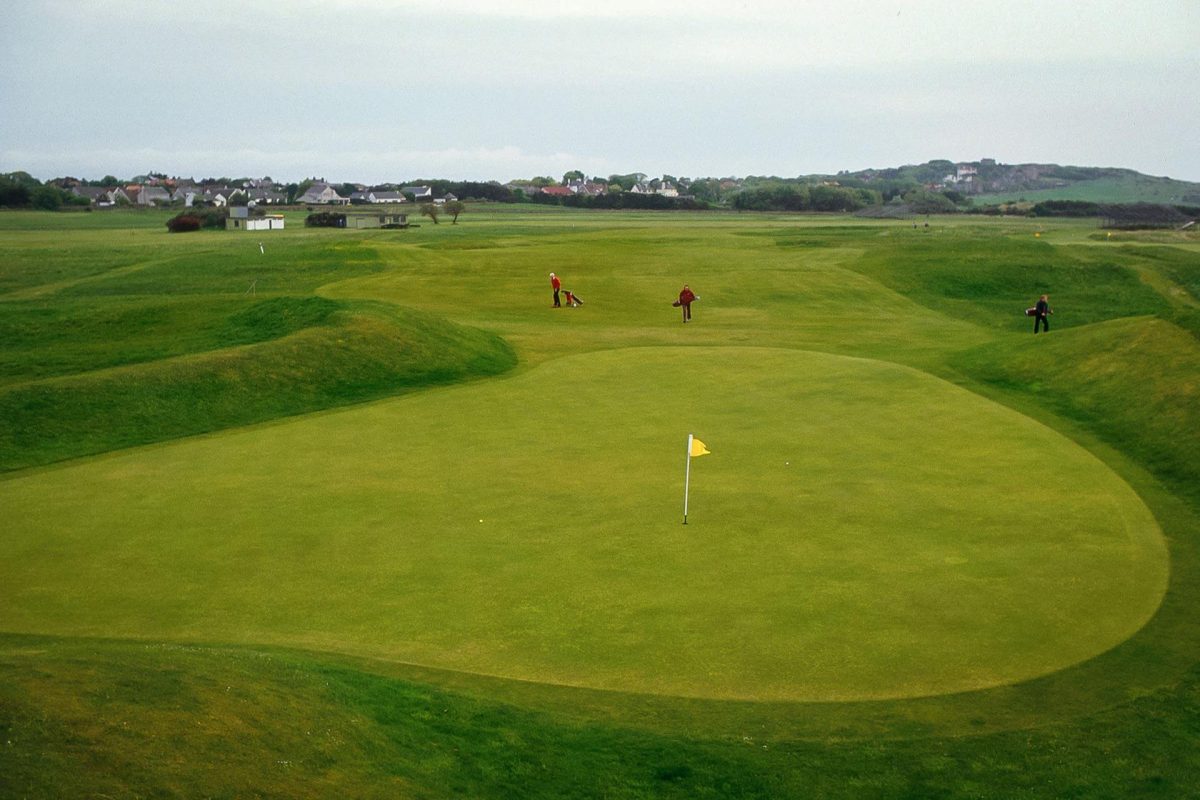 The east coast isn’t the only part of Scotland that I have enjoyed! I have spent plenty of days on the western links and nights in the west end of Glasgow. One of the best pubs I have ever step foot in has to be Òran Mór. Formerly Kelvinside Parish Church, Òran Mór has an amazing atmosphere. Sipping pints surrounded by stained glass windows and stone walls is kind of magic. Only a couple par fives away there is another great spot that I love on a sunny day called Inn Deep. As a beer connoisseur, I do enjoy tasting all sort of different types of brews and Inn Deep does not disappoint with choice. They have great outdoor seating near Kelvingrove Park right on the River Kelvin. On a sunny day it is an awesome spot.

Not far from Glasgow is a top links with a lot of history, Prestwick. The home of the first Open Championship is a difficult track but classic links. The first is dangerously close to the railway and I always pray that it’s not playing into the wind as I’m much more comfortable hitting a 7 iron off the tee than some sort of wood! I find the staff at Prestwick to be some of the friendliest around and I love going back to smiling faces who often know what my latest results are on tour. Of course, not far from there is the latest host of the Aberdeen Asset Management Ladies Scottish Open, Dundonald Links. Dundonald is a relatively new links that has challenging greens and a fantastic finish. Eighteen, a risk reward par five, has caused quite a bit of drama over the years. Dundonald is also the site of one of my favourite golf experiences which was in 2016 at the AAMLSO when I finished third in front of my ‘home’ crowd. To be in the mix Sunday on a links with my friends and family supporting me was something I will never forget.

At risk of being cliché, I have to say Scotland is a magical place. Whether I am walking the gothic streets of Edinburgh, shopping beneath the castle, crossing the Swilcan Bridge on the Old Course or hiking around Loch Lomond, I always experience something different. I cannot say enough about the people of Scotland who have made this Californian feel incredibly welcome and they are the reason that the place is so unforgettable.’

A Beginners Guide to Watersports in Scotland