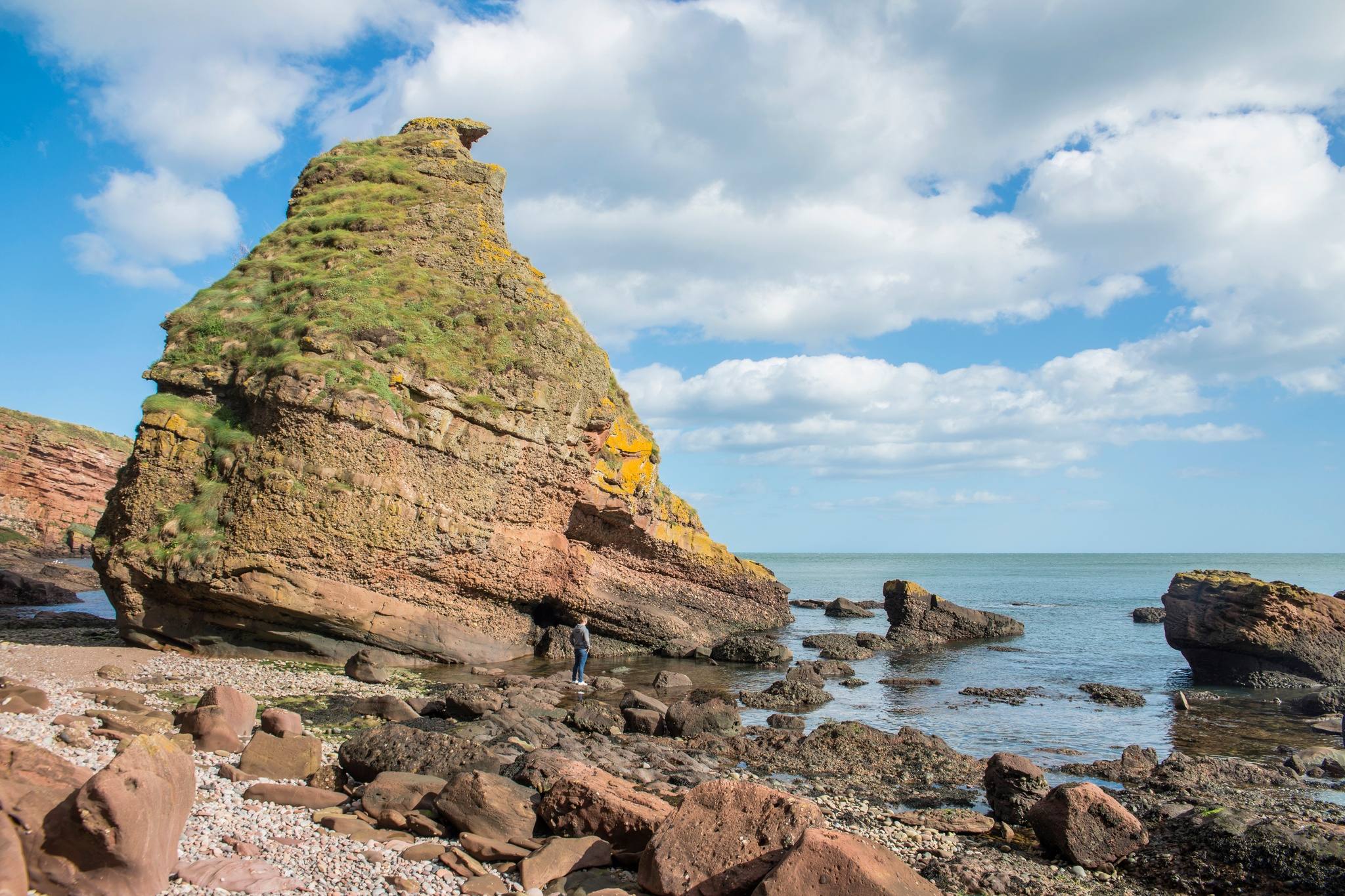 The geology of Scotland is extremely varied, which is quite unusual for a country of its size. Everywhere you look there are fascinating geosites and rock formations that are well worth exploring. Perhaps this explains why Scotland is such an important place in the history of rock geology – with Scottish pioneers like James Hutton (‘the father of modern geology’) developing great theories here.

It’s no wonder that The Geological Society lists many Scottish locations in its list of 100 great geosites around the UK.

Geology is the study of the structure of the earth and how it was made over millennia. Geologists chart how the earth has changed over time and the processes by which that happened. They can be found looking at rocks and minerals around the world and at how natural forces shaped coastal landforms, mountains and other landscapes. Scotland is full of fascinating geological sites that have inspired these scientists.

The geological history of Scotland spans millions, even billions, of years. There are four main periods to study – the Precambrian Era, the Palaeozoic Era, the Mesozoic Era and the Cenozoic Era. To find out more about each of these epic time periods take a look at this geological timeline.

If you are interested in learning more about rocks, geology and geosites in Scotland there are a number of resources which can help you to do so. Whether you’re interested in the geology of the Scottish Highlands or elsewhere in Scotland, check out these interactive maps and learn more about the landscapes of Scotland:

Geosites to Visit in Scotland

Here are a few amazing Scottish geosites that you can visit on a holiday to Scotland.

The Cuillin hills in Skye are well-loved for their dramatic look. This rocky mountain range is also known as the Black Cuillin, and the mountain’s highest point is Sgurr Alasdair at 3,255 ft (992 m).

The sharp peaks, which rise up from the flatness of the surrounding terrain, are the dominating feature of the island and can be seen from every other peninsula on Skye.

With its dramatic northerly coastal scenery, Shetland is a UNESCO Global Geopark, and has some of the most diverse geology in Europe. Find fascinating formations across the islands of Shetland, from volcanic landscapes and untouched beaches to ancient rock formations from every era.

The Old Man of Hoy is a famous 450 ft sea stack, first climbed in 1966 in a televised assault, and perhaps Orkney’s most famous landmark. You can take a three hour round trip walk from Rackwick to the Old Man of Hoy.

The perfect geosite to see the history left by people, the Calanais Standing Stones are believed to have been erected around 2,900 BC and are a subject of much intrigue and speculation. Forming one of the most complete stone circles in Britain, the site’s ageless mystery, impressive scale and undeniable beauty leaves a lasting impression.

Other well-known geological icons include Arthur’s Seat in Edinburgh, the Isle of Staffa and Glencoe, Funzie in Shetland, St Kilda and Siccar Point, in the Scottish Borders.

Read the full list of 100 great geosites on The Geological Society’s website and share yours with #100geosites or plan your trip to see them in Scotland now using www.visitscotland.com.