There’s something eerily fascinating about abandoned places, melancholy reminders of previous eras with seemingly little purpose in the modern world. Yet they linger on regardless, empty though very much a part of the built environment.

Like many ancient lands steeped in history, Scotland is a vast repository of forgotten places that span the centuries. From ruined medieval castles and remote ghost villages to foreboding Victorian hospitals, railway stations and the lonely expanses of forgotten wartime airfields, it’s not difficult to see how, over time, myths arise and superstition takes hold. As the nights draw in and the shadows lengthen, and Halloween is once again upon us, we set out to document a selection of abandoned places across Scotland, echoes of the country’s rich history and the inspiration for Gothic horror. 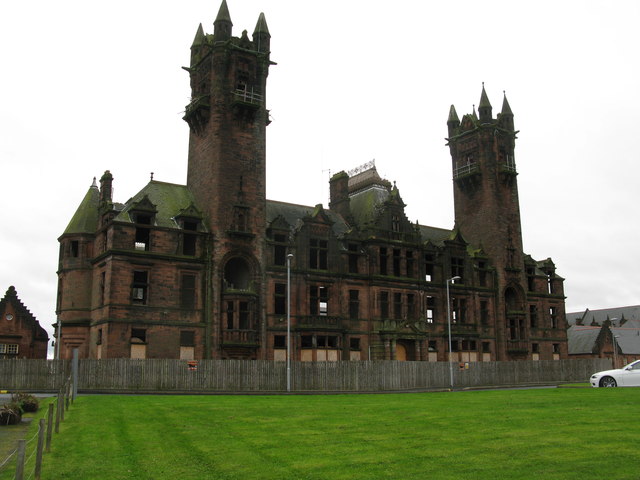 Copyright G Laird and licensed for reuse under this Creative Commons Licence.

Few places are more eerie than abandoned Victorian asylums, but Gartloch Hospital in Glasgow cuts an especially intimidating form on the landscape. Opened in 1896 at the behest of the ominously named City of Glasgow District Lunacy Board, the hospital’s capacity expanded steadily throughout the early 20th century.

By 1904, 830 beds were available for psychiatric patients along with a 50-bed sanatorium ward for tuberculosis sufferers, which operated until the end of World War Two. Gartloch finally closed in 1996 and much of the site has now been transformed into Gartloch Village, though the empty shell of the former administration building – every bit the classic image from a Gothic Victorian horror story –  still looms menacingly over the surrounding landscape. 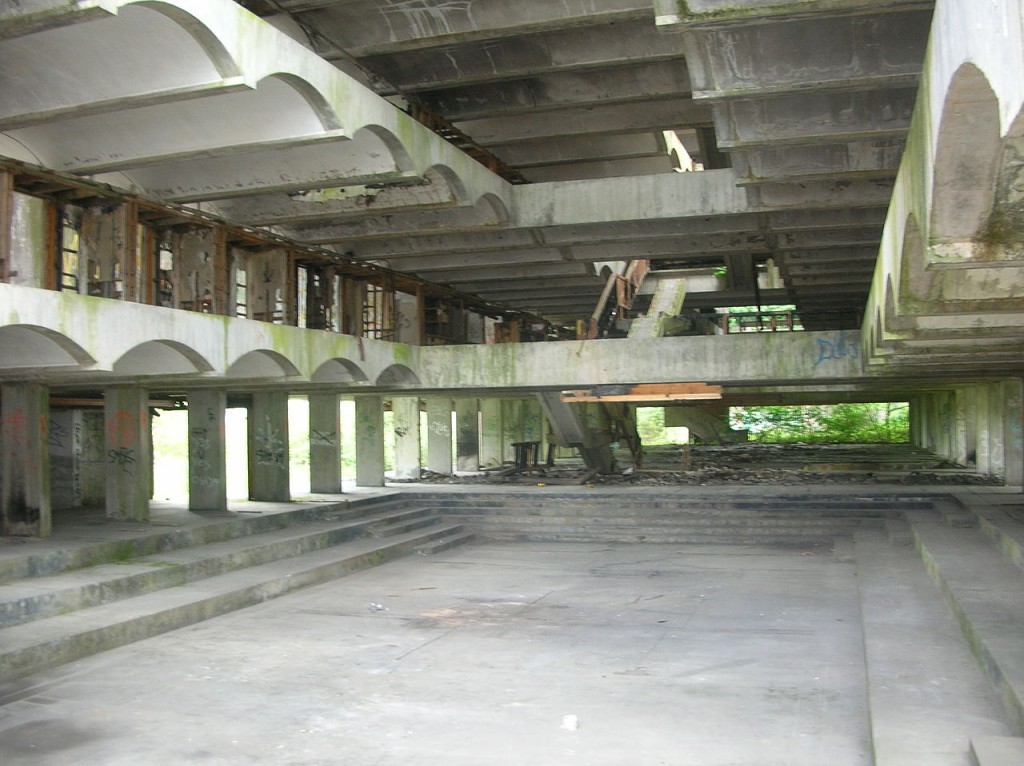 Photo by Maccoinnich via Wikipedia Commons.

St. Peter’s Seminary only served its purpose for 14 years before it was abandoned to the elements, a serene sanctuary once meant to provide young men with the quiet, reflective atmosphere conducive to beginning a life in the priesthood. Built in 1966 and abandoned less than two decades later, there’s something unmistakably dark about the seminary.

Despite being heralded by some as one of the finest examples of 20th century architecture, it continues to slowly fall into ruin. Built on the remains of a 19th century house and nestled in a forest, it was intended to be an integral part of the landscape. Evidently, it still is, as water flows through its regal chambers and the forest slowly reclaims it. 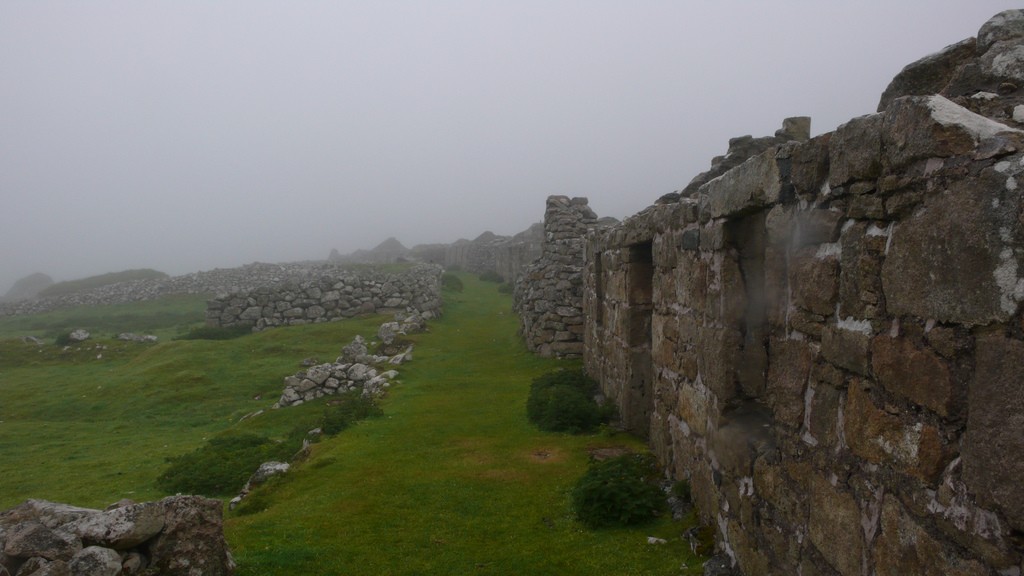 Few places in Scotland are as remote or evocative as the deserted settlement on Hirta, the largest island of the St Kilda archipelago. Nestled amid the relative shelter of Village Bay, the stone ruins span the ages and include a series of tumbledown cottages built during the 19th century in a bid to help islanders. Life was tough in this isolated, windswept corner of the British Isles with its turbulent history of smallpox epidemics, mass emigrations and uncompromising weather.

When several residents failed to survive the harsh winter of 1929, the remaining 36 islanders petitioned the government to relocate them to the mainland. Their distinctive stone cottages were left to the elements when St Kilda was abandoned the following year, though a handful of National Trust and defence employees maintain a temporary presence on the mysterious archipelago today. 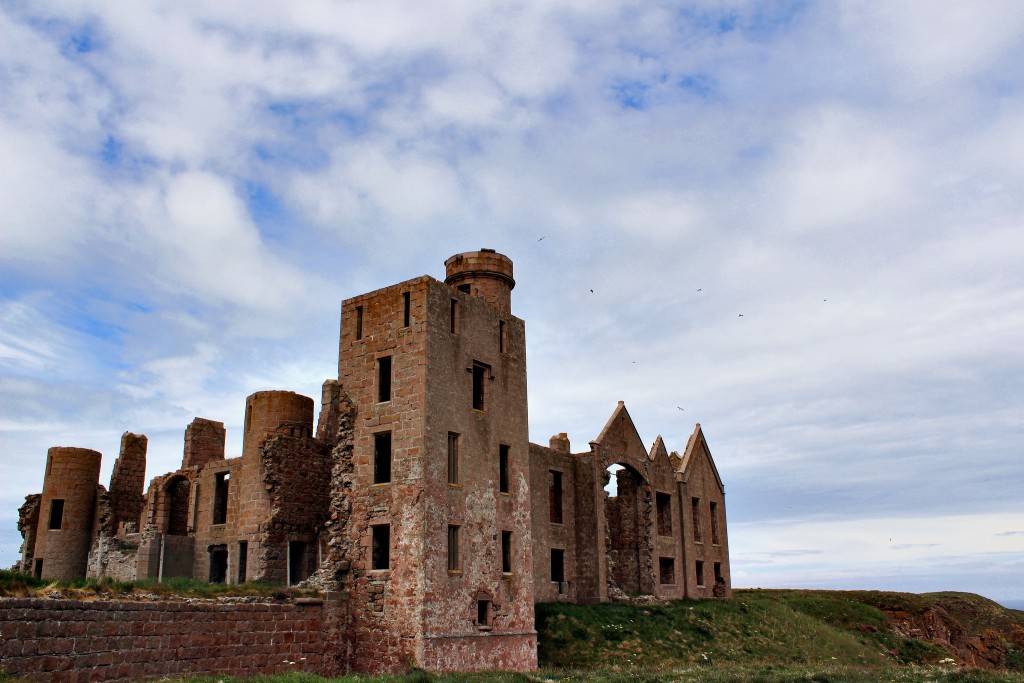 Little more than a derelict shell, the haunting ruin of New Slains Castle cuts an imposing landmark on the windswept coastline of Aberdeenshire. The roof has long since collapsed and a carpet of grass extends throughout. Only the internal walls offer a glimpse back to the structure’s heyday. Built by Francis Hay, Earl of Erroll, at the end of the 16th century to replace Old Slains Castle, which had been destroyed on the orders of King James VI following a religious rebellion, the castle’s most distinguished visitor finally arrived some 300 years later.

Said to have been invited by the 18th Earl of Erroll, Bram Stoker walked the corridors of New Slains while visiting Cruden Bay in 1894, likely drawing inspiration for his classic horror novel Dracula, which was published three years later. The castle was abandoned in the early 20th century when financial difficulties forced the 20th Earl to sell New Slains, which was quickly gutted and left to the ravages of time. 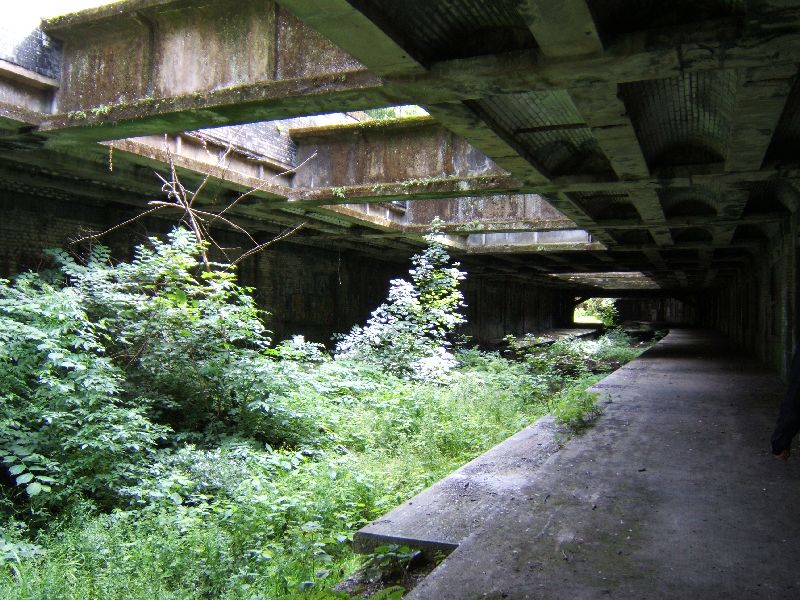 The 19th century Botanic Gardens in Glasgow are a popular destination, but few tourists know that they’re just a stone’s throw from one of the city’s most iconic abandonments: a subterranean Victorian railway station that has been disused for decades. Opened by the Glasgow Central Railway in 1896, the Botanic Gardens railway station has closed twice over the years, first during the Great War due to funding constraints and then permanently at the outset of World War Two.

For the next 25 years, the subterranean facility lingered on as a ghost station, acting as a throughway for trains that never stopped. A surface building was demolished following a fire in the 1970s, beneath which the subterranean space hides in a state of graffiti-covered disrepair. Clearly visible through air vents near the entrance to the gardens, the abandoned station is now home to a wilder sort of nature than the manicured grounds that it once brought passengers to 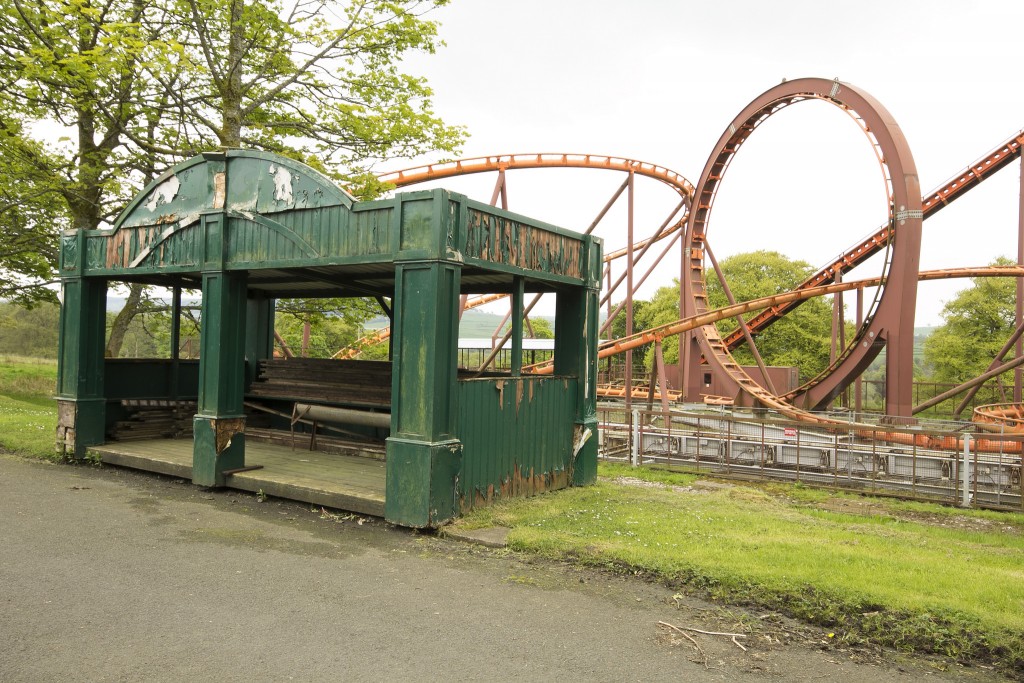 Dating back to the 12th century, it’s said that Loudoun Castle was once the home of William Wallace’s great grandparents. What remains of the grand house today was mostly built and re-built in the 1800s for the Countess of Loudoun, who oversaw the 90-room castle with its 10,000-volume library and the unofficial title of the ‘Windsor of Scotland’.

Almost completely devastated by fire in 1941, the mansion’s most peculiar additions didn’t come until 1995, when the grounds of the ruined castle were turned into an amusement park, with three roller coasters and a variety of other attractions. Many of those rides found new homes at other theme parks when Loudoun Castle closed in 2010. What remains today are the melancholy remnants of a rather offbeat addition to one of Scotland’s most elegant homes. 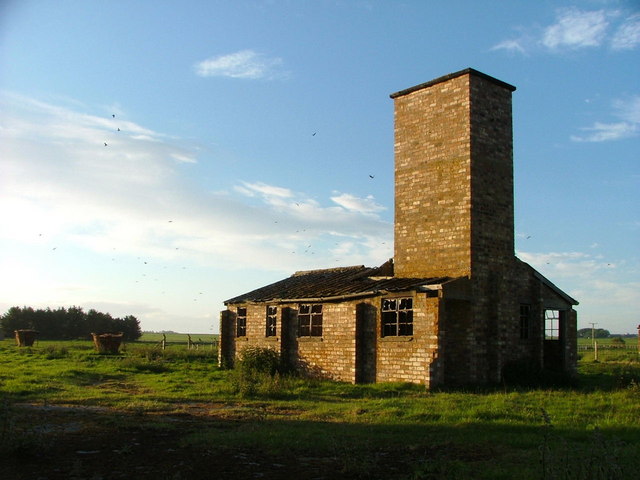 Immediately south of the Dornoch Firth, the ghostly outline of RAF Fearn’s abandoned runways remain visible from above. Once a satellite airfield for nearby RAF Tain, which lies several miles to the north-east, the wartime facility’s location amid the farmland is betrayed at ground level by the unmistakable form of its four-storey control tower (recently converted into a house) and a small collection of tumbledown period buildings.

Fearn was renamed HMS Owl after the Royal Navy took control in 1942, during which time it served as a torpedo training facility and housed several thousand service personnel. It’s a peaceful place today, one of many abandoned wartime airfields across Scotland, where weed-strewn runways and dispersals stand as lonely monuments to those turbulent years from 1939 to 1945.

Disclaimer: This article is for informational purposes only. VisitScotland does not encourage or condone trespass or illegal activity of any kind. In no way do we advocate trespassing on private property or entering dangerous locations where there could be many hazards.