You don’t need to leave the house to experience Scotland – oh no! You can celebrate all things Scottish from the comfort of your own home – our music, history, food and drink, dance and most importantly, a bit of fun. None of these things are cancelled. There are still loads of ways to enjoy ourselves at home – in true Scottish style!

Step back in time with virtual tours of some of our favourite historic attractions, learn a spot of Gaelic, or why not enjoy a night at the ballet, a ceilidh or at a hilarious comedy show?

With these experiences, you can still enjoy some of the thrills that Scotland has to offer, and the good news is – we’re not going anywhere. 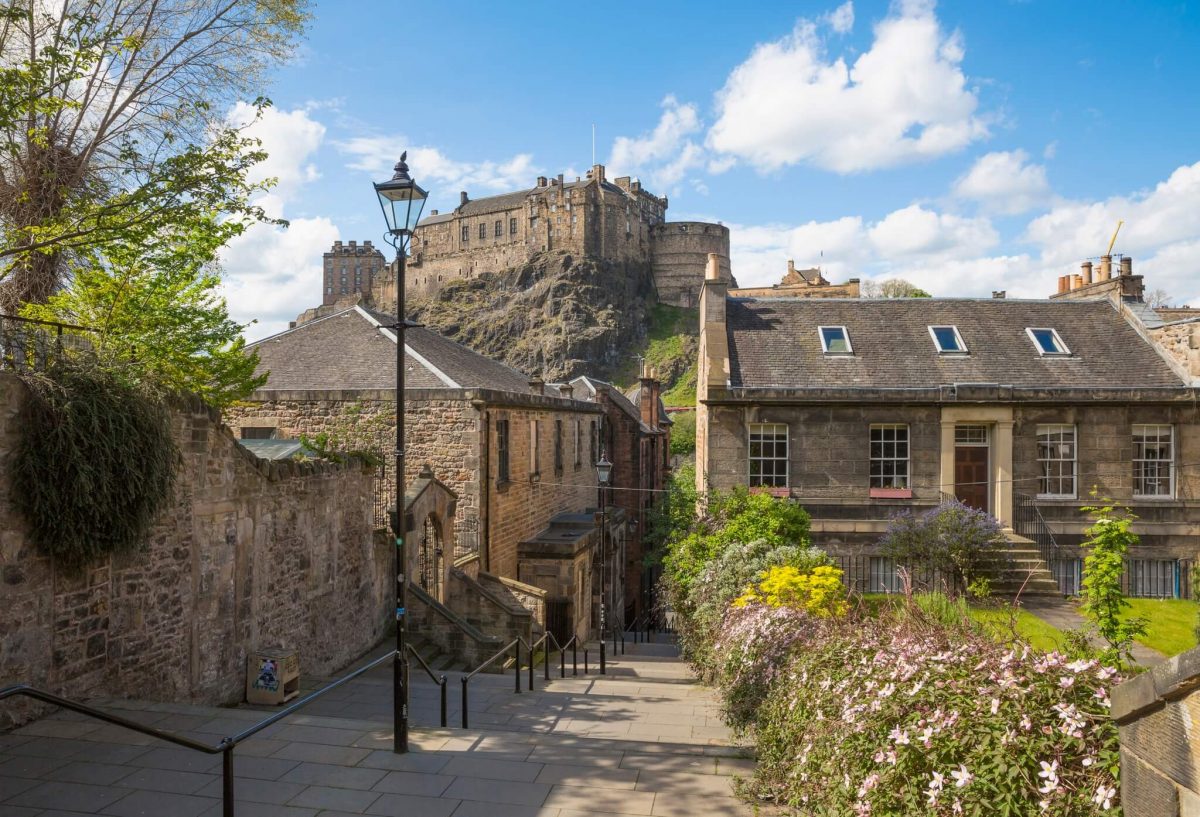 Some of the Scotland’s most renowned cultural landmarks are offering online visitors virtual access to their spectacular spaces and treasures. Check out the Google Arts and Culture app which enable users to take 360° tours of select area of the National Museum of Scotland, the National Library of Scotland, the Palace of Holyroodhouse, the esplanade of Edinburgh Castle and check out Rosslyn Chapel’s amazing virtual tour.

Get a taste of what it’s like to be a tourist in Scotland with the fantastic Augmented Reality (AR) app – Portal AR.

Thanks to our good pal @duncanchisholm for the invite to #COVIDceilidh aiming to bring ☀️ to lots of people just now through music! Follow the hashtag, show your granny, join in! Im sure we’re not the first, but here’s ‘Splendid Isolation’ with @sorrenmaclean as it came to mind 🤷🏽‍♀️

Few things stir the soul like the beautiful sound of traditional Scottish music, and there are plenty of ways you can enjoy live performances real-time throughout this period. Tune in to Scotland’s Big Session ceilidh hosted virtually each day #LiveatFive by MacGregor’s bar in Inverness and join in the toe-tapping fun with trad music lovers from around the world. For more live-streamed ceilidh events, search #COVIDCeilidh on social media and enjoy fantastic performances from artists such as fiddler Duncan Chisholm and many others. You can also enjoy solo performances from the talented students and staff of the Royal Conservatoire of Scotland as part of its #RCSatHome sessions.

3. Have your own virtual festival experience

Touring The Highlands and Islands Our spring 2018 tour of @matthewbourne13's Highland Fling was an extraordinary feat – we toured a full-length, full-scale production to the Highlands and Islands of Scotland and had a tonne of fun along the way. Find out how and watch the full film via IGTV. Photo of Jamie Reid and @roseannaleney by @andyrossimages #scottishballet #ballet #balletphotography #balletlife #dancesworld #dancersofinsta #balletlovers #MatthewBourne #dancephoto

We’ll have to wait another year for the Edinburgh Summer Festivals – the world’s largest arts festival held in Scotland’s capital each month during August. Fortunately, many Scottish arts companies, venues and performers have announced their intention to live-stream performances, events and other interactive activities, allowing viewers a taste of the world-leading and richly diverse culture that can be experienced year-round. A night at the theatre? Yes please!

Here are some ways you can stay connected to Scotland’s arts and culture:

If that wasn’t enough to satisfy your culture enthusiasm, some of Scotland’s most popular and exciting events have joined in the fun to host their very own virtual festival experience.

4. Stream Scotland to your living room 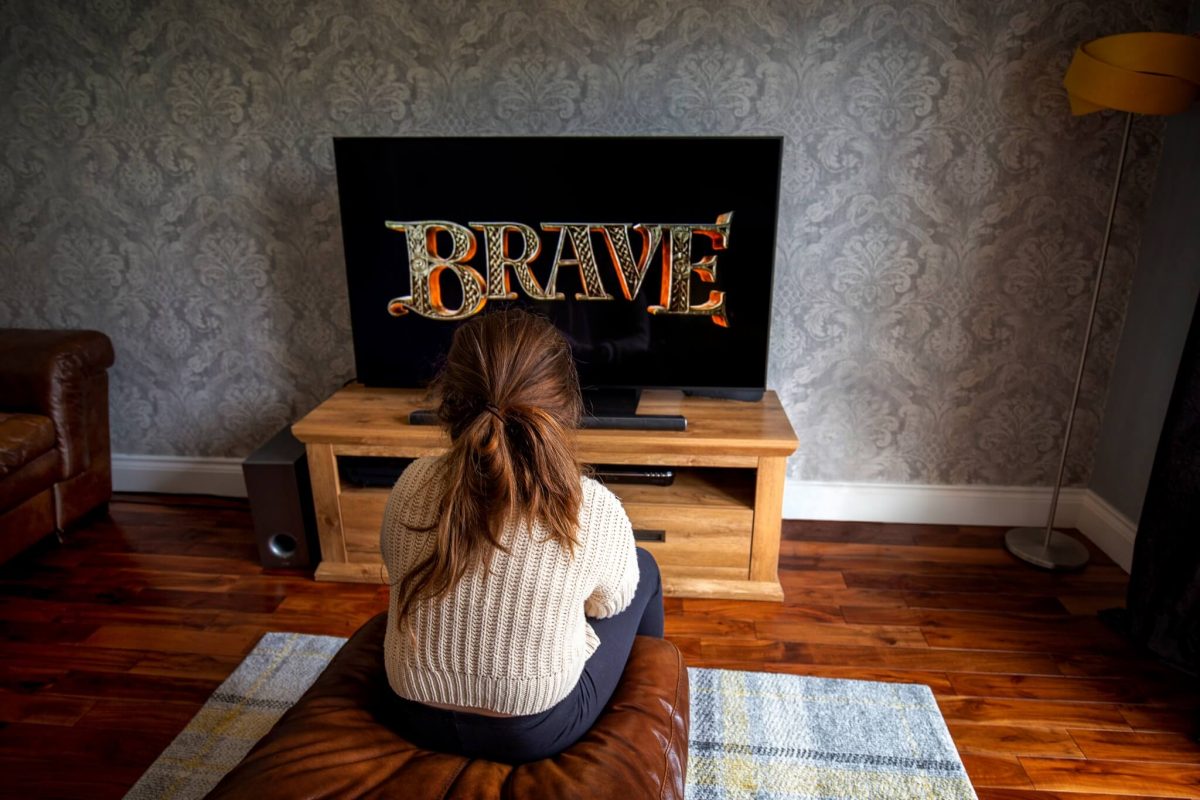 One of the best ways to experience Scotland is through the magic of cinema and television. Thanks to the availability of streaming platforms including Disney+, Netflix, Amazon Prime Video and BBC iPlayer, it’s never been easier to transport yourself to a Scottish world via your TV, smartphone or tablet. Whether you’re a fan of musical sing-a-longs like Sunshine on Leith or the brilliant comedy drama Local Hero, light-hearted escapism like Monarch of the Glen or heartwarming animations such as Brave, there’s a huge catalogue of series and movies to choose from.

Not sure where to start? See our list of incredible feel-good films set in Scotland to add to your watch list.

Join more than 125,000 people who have already signed up to learn Gaelic – Scotland’s indigenous language – via the hugely popular free language-learning app, Duolingo. One of the platform’s fastest-ever-growing courses, it’s a great way to get to grips with this uniquely poetic language which features occasionally in the blockbuster series Outlander, and has been experiencing a gradual revival in Scotland.

The Open University also offers a free course that teaches the Old Scots language and culture, which was spoken by Robert Burns. You can even immerse yourself in the Shetlandic dialect spoken by native Shetlanders which you can hear spoken by Shetland poet Christine De Luca.

Find out more about Gaelic.

It might not be as glamorous as sitting on the beach or at a fancy restaurant with a cocktail in hand but that shouldn’t stop you from making the most out of your night indoors. Have fun and create your very own concoction with a range of Scottish craft gins to choose from.

Edinburgh Gin have even put together a list of cocktail recipes for you to try out, will it be a Raspberry Gin Fizz or a Bramble Spritz that takes your fancy? Whether you decide to dress up for a quarantine cocktail party with friends over video chat or perhaps take part in an online pub quiz, sipping on one of your own creations is a great alternative until we can head out again.

7. Get up close to wildlife

Our wildlife doesn’t believe in social distancing, and still wants to come out and say hello this spring – so don’t miss out! Gain a newfound understanding and appreciation of Scotland’s natural world Speyside Wildlife. Join their new wildlife identification course to learn about the sheer diversity of Scottish wildlife which inhabits this stunning area located between the Highlands and Aberdeenshire. Tune in via their Facebook page to hear the live-streamed chorus of local birds at dawn and dusk and choose from an ever-expanded series of mini-masterclasses on various bird species and other creatures. Share your sounds using #dailybirdsong.

Watch these natural encounters with our Scottish Wildlife series and get a bird’s eye view of Scotland from Above.

The Cask Strength is where everything gets turned up to 11. Join me on @tomatinwhisky at 8pm for some more info on the #lockdownwhiskyfestival and a breakdown of this beast.

Although a trip to Scotland may not be on the cards just yet, there is nothing stopping you from taking a virtual tour around some of the country’s well-known distilleries with The Glenturret, Talisker and Laphroaig offering 360° tours online. The Scotch Malt Whisky Society have even launched their own Online Member’s Room providing a virtual space for the global whisky community to come together and enjoy all things whisky, from home tastings to online masterclasses.

Interested in whisky but don’t know where to start? Watch Scotch Whisky: Explained and our Scotch Whisky Q&A with expert Richard Patterson.

9. Immerse yourself in Scotland with VisitScotland’s visual experiences 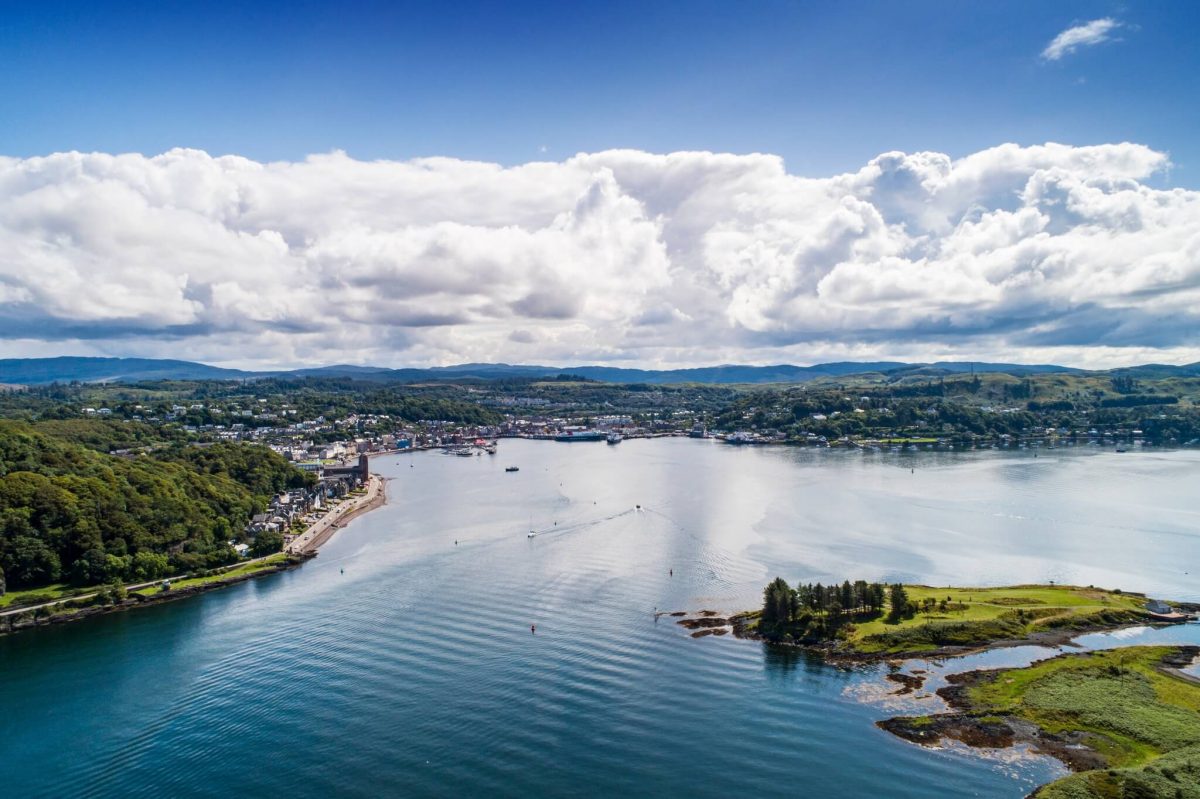 Whether you’d like to climb a mountain, visit a castle, go to a ceilidh or simply unwind to the sounds of the Scottish landscape, you can still have these experiences and they’re just a few clicks away. Try some of these:

We hope you enjoy these ideas and we look forward to welcoming you to Scotland again in the future.

Why not head over to Creative Scotland where you can explore more virtual experiences, including art, literature, music, films, theatre and so much more?

Explore more fun Scottish things to do at home, or why not try sketching some of Scotland’s popular landmarks?

9 Ways To Live Well & Boost Your Wellbeing In Scotland

12 Stunning Photos of Scotland in Spring