Scotland is home to some truly remarkable wildlife, from red squirrels, red deer and otters to more exotic and elusive species like the Scottish wildcat, seals, dolphins and sea eagles. Wildlife photographer and Instagram user George Turner recently set off on an epic journey around Scotland to try and capture some of its most iconic wildlife on camera and agreed to document his trip in his own words and photos for VisitScotland. 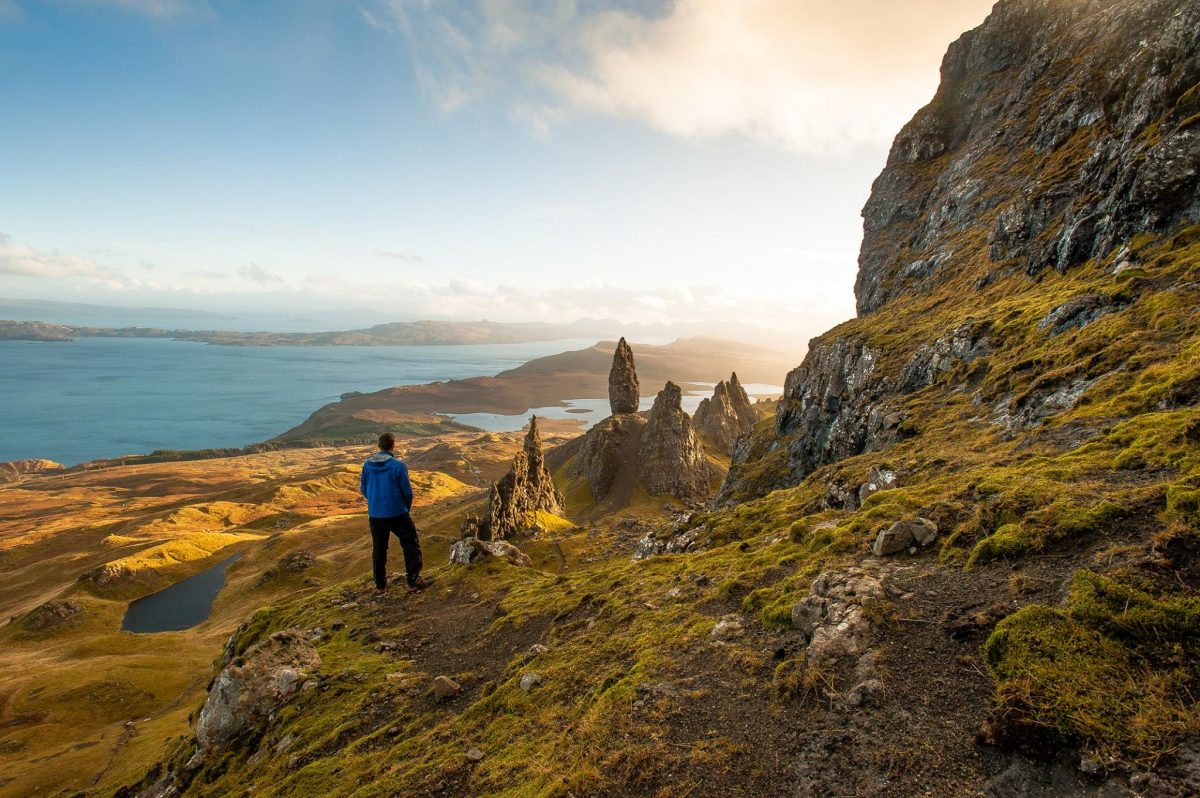 George looks out on the Quiraing, Skye | Photo by George Turner

“Armed with my camera (and a bag full of telephoto lenses) I set off on the long journey north from Southampton, England. My mission? To find, witness and photograph the fantastic variation in Scotland’s natural environment.

My first stop was the rugged and remote area of Assynt, Wester Ross. Few visitors head this far north, making it the perfect destination to spot wildlife with with minimal disturbance from other people. At the top of my list for my 3 days here was the Scottish wildcat, an endemic (and endangered) species of the European wildcat native to Scotland.

In search of Wildcats in Wester Ross

After speaking with various researchers ahead of the trip, I’d been tipped off that the Loch Sionascaig area had been fairly successful for recent sightings. Given that the wildcat is most active at dawn/dusk, I set off at the unsociable hour of 4am with camera and hide in tow. 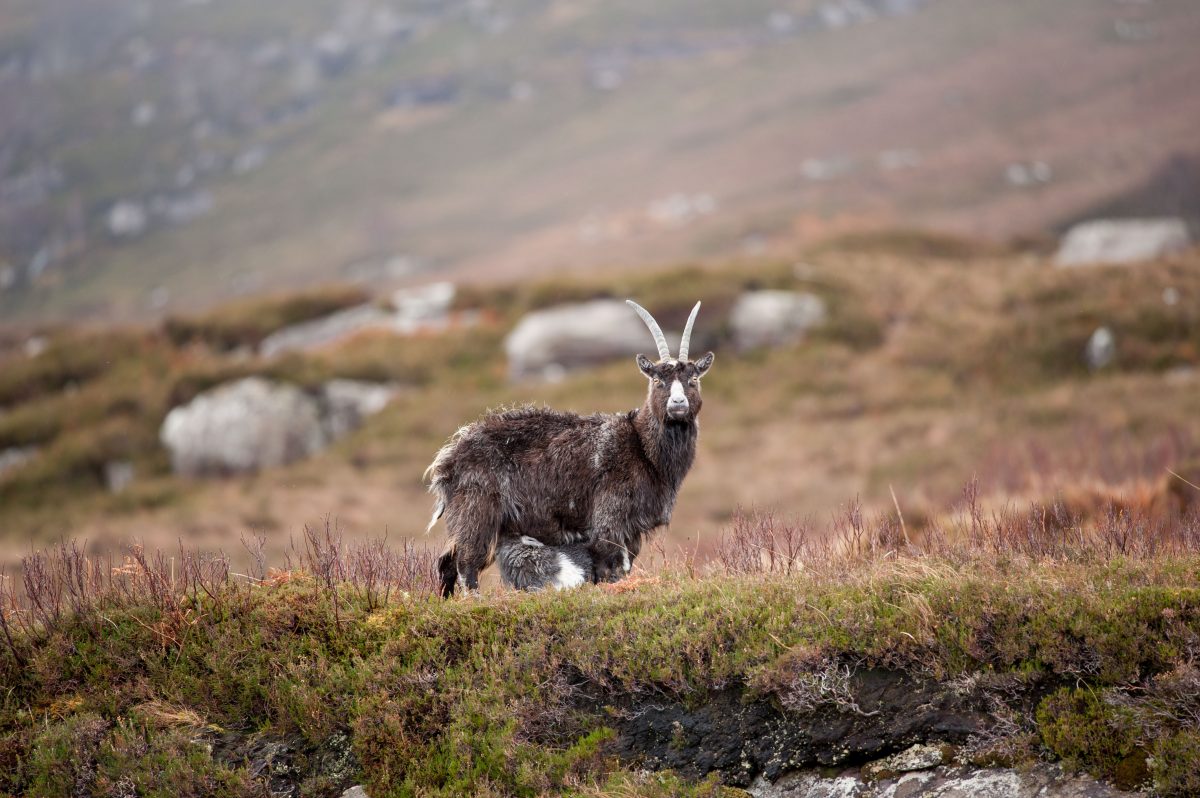 I’ll cut to the chase at this stage: I had no luck. After sitting in sideways rain and gales for 3 days at both dawn and dusk, the beast (mostly) eluded me. In an attempt to change things up late one chilly afternoon, I hiked halfway up Stac Pollaidh, set up my hide and waited.

This was to be the closest I came to encountering the mystical beast. With dusk in full swing and the veil of darkness coming in quick, I spotted a muscly, stripped tail raised around 100m away. With the moment lasting no more than 3 seconds and the visibility poor, I couldn’t say for certain whether this was a wildcat or a wild domestic cat/hybrid. That said, if it was, I like to think this particular cat took some time out to mock my attempts at spotting him/her! 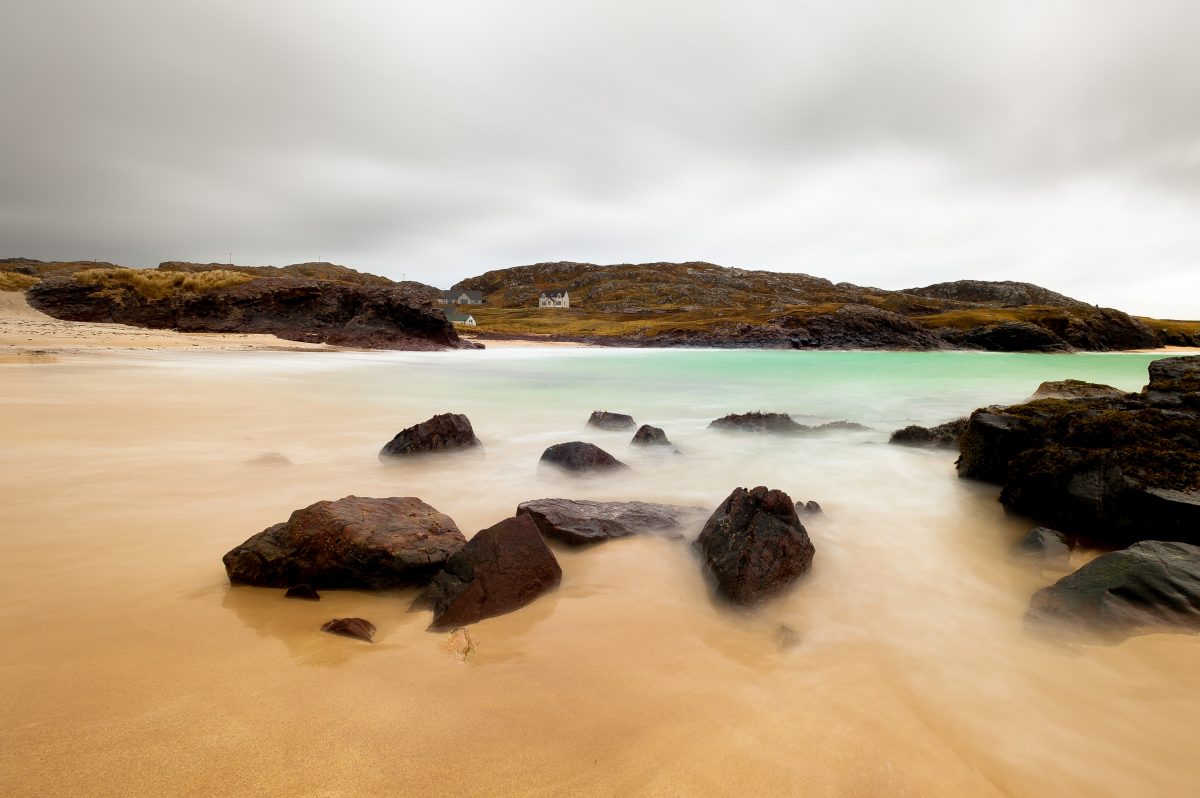 Whilst in Assynt, I made sure to cram in landscape photography between dawn and dusk. With visibility poor – and therefore the iconic mountains of the area clouded over – I headed north to the legendary beaches of Achmelvich and Clachtoll. Save for the cold wind, you’d be forgiven for thinking Clachtolll was in the Seychelles!

Eagles and Sunsets in Skye

I then headed south, to the much-loved Isle of Skye. Having visited the island last December for its spectacular landscapes, this time round I was keen to get under the skin of Skye, exploring all the nooks and crannies that make it so special. 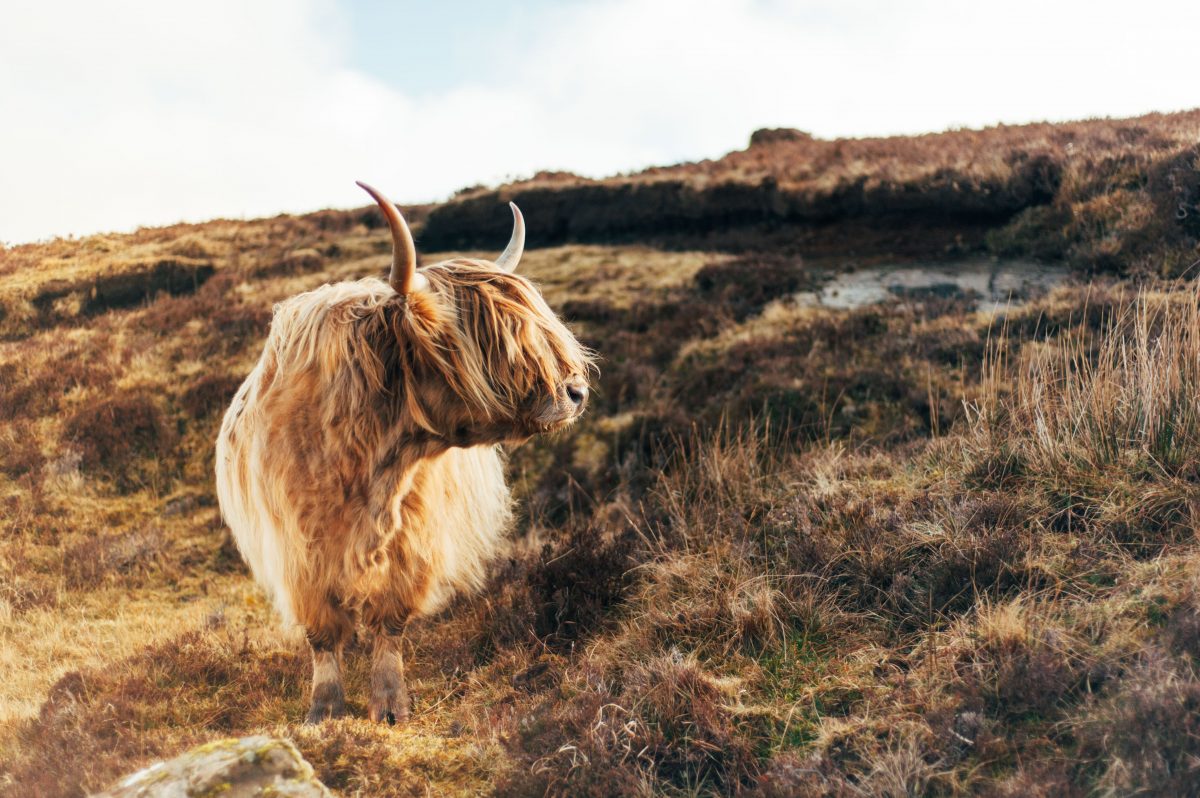 Highland Cow on the Isle of Skye | Photo by George Turner

The next morning we (myself and fellow Instagrammer @ali.horne) trekked to the Quiraing for sunrise, hiking up a ridge to soak up the epic view. Mother nature had other ideas and we were battered by hail, snow and rain.

We heard word that further south the weather was playing ball, so we jumped into our cars and rushed to the Fairy Pools, tucked away in a corner of Glen Brittle.

The pools were every bit as mystical as they sound. Bright turquoise water, intricate ravines carved by raging waters, quaint waterfalls and the best background possible: the Cuillin Hills. 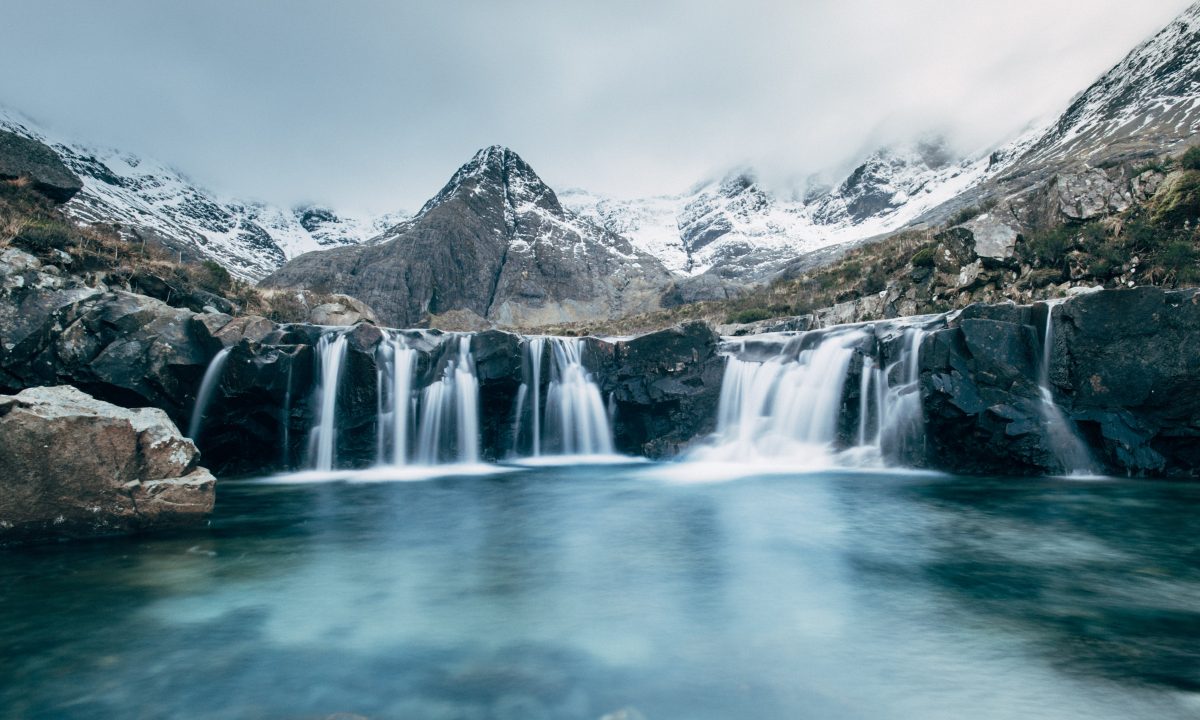 After a few hours, we headed to the small coastal village Elgol, famous for its sea views of the Cuillins. Some locals also mentioned a few European otters, getting my hopes up of spotting one. 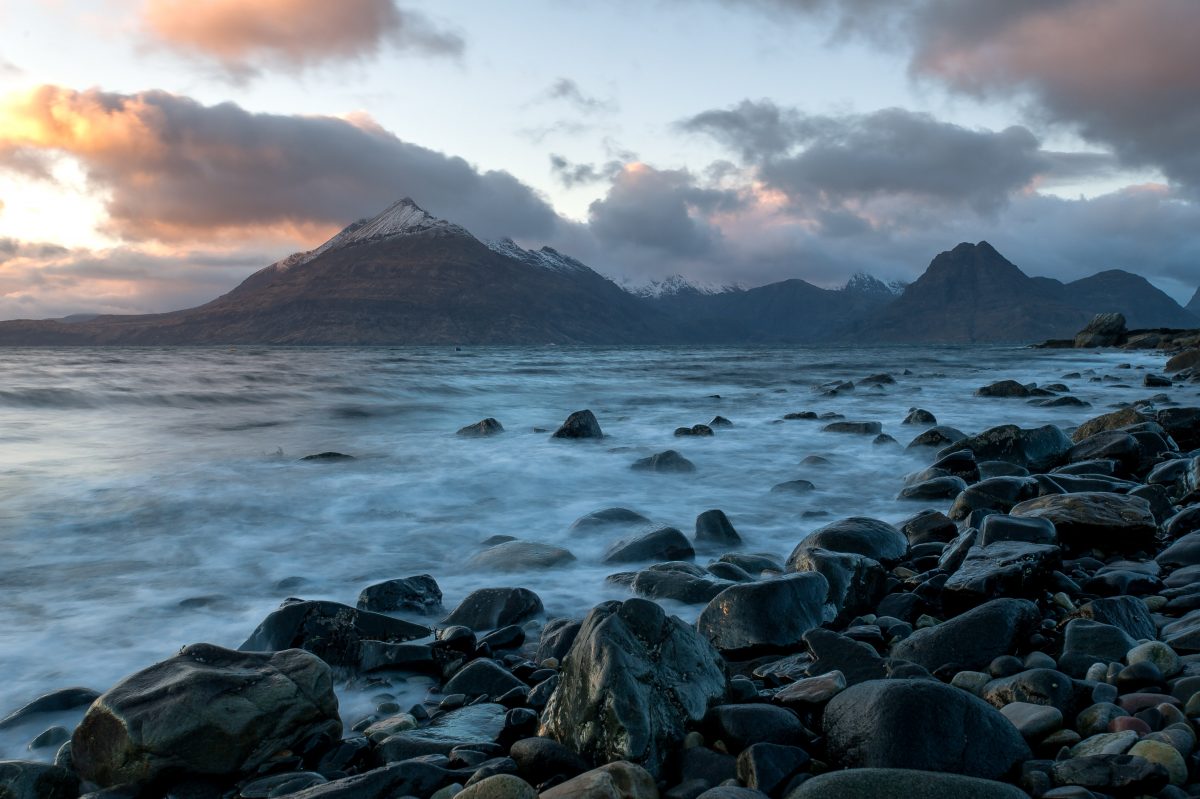 Well, sadly no Otters…. but we did see some white-tailed eagles (sea eagles) circling high in the far distance. That, coupled with the epic sunset, more than made up for it.

The following morning we tried the Quiraing (yes, again!) for sunset. There’d be snow and freezing temperatures overnight making it a fairly treacherous drive up. Our reward when we got there? Beautiful golden light painting the Totternish Ridge and beyond. 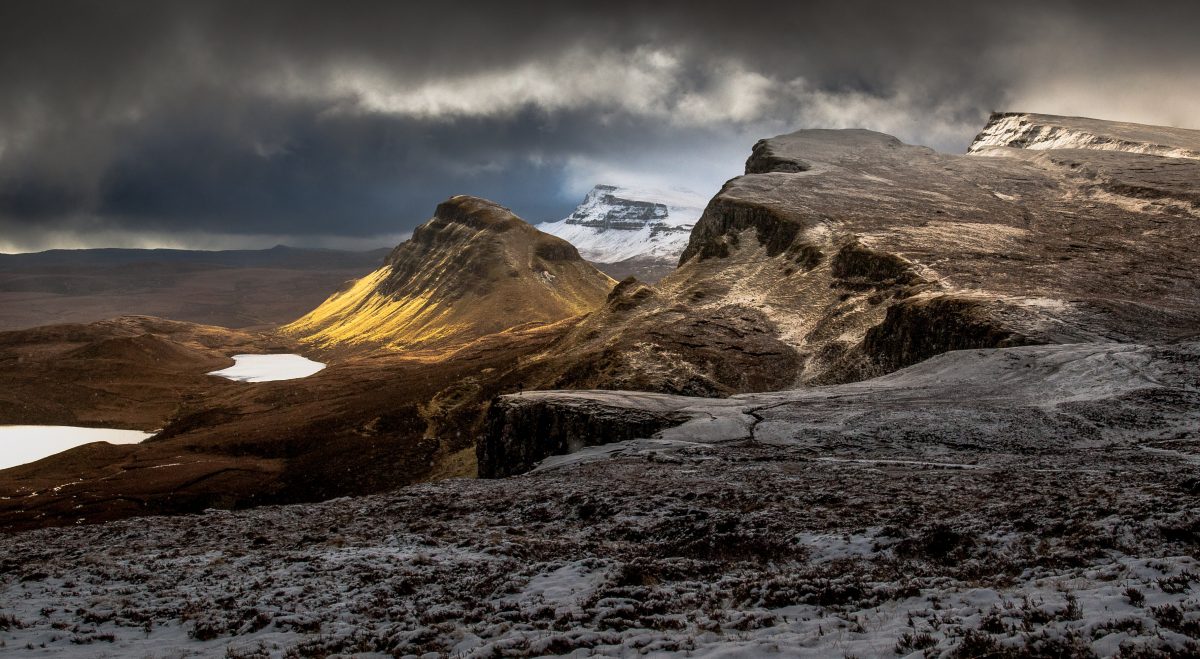 Ali then headed back down to his home in Glasgow and I drove south to Argyll, on a quest to find the wildcat and the European otter. Spoiler alert: I found one of them… but which?!

Argyll is famous for its varied marine life; whales, dolphins, seals, otters, sea birds. You name it, Argyll has it. With a plethora of islands, lochs and hidden bays, it’s no wonder so many animals decide to make this their home. 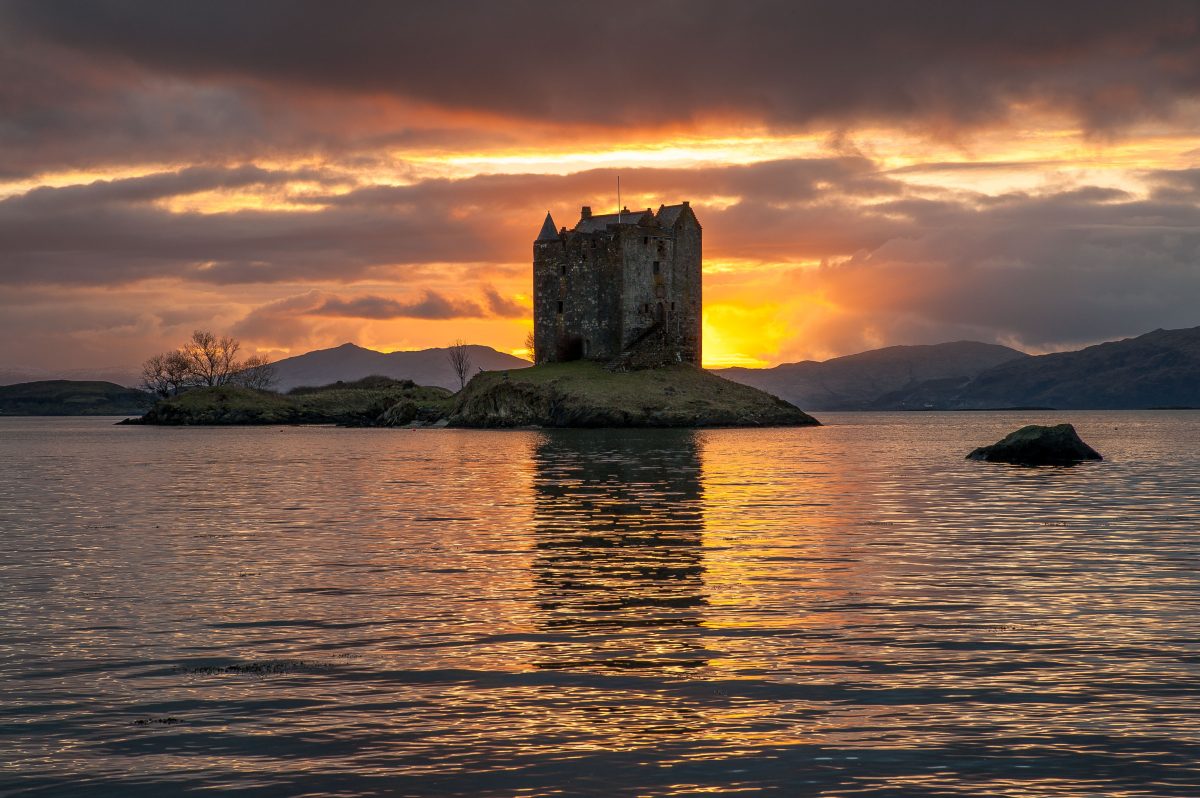 Castle Stalker near Oban in Argyll | Photo by George Turner

Based in Oban, I spent much of my time around the mouth of Loch Etive. Close to Oban and near Castle Stalker (pictured above), the photographic opportunities were plenty. My choice was rewarded…

My new friend popped his/her head up around 9am in the morning. After seeing the signatory ‘V’ wake in the water, I followed the otter to the shoreline and snapped away. It was with me for no more than 30 seconds but believe me, it’s a memory I’ll always cherish. 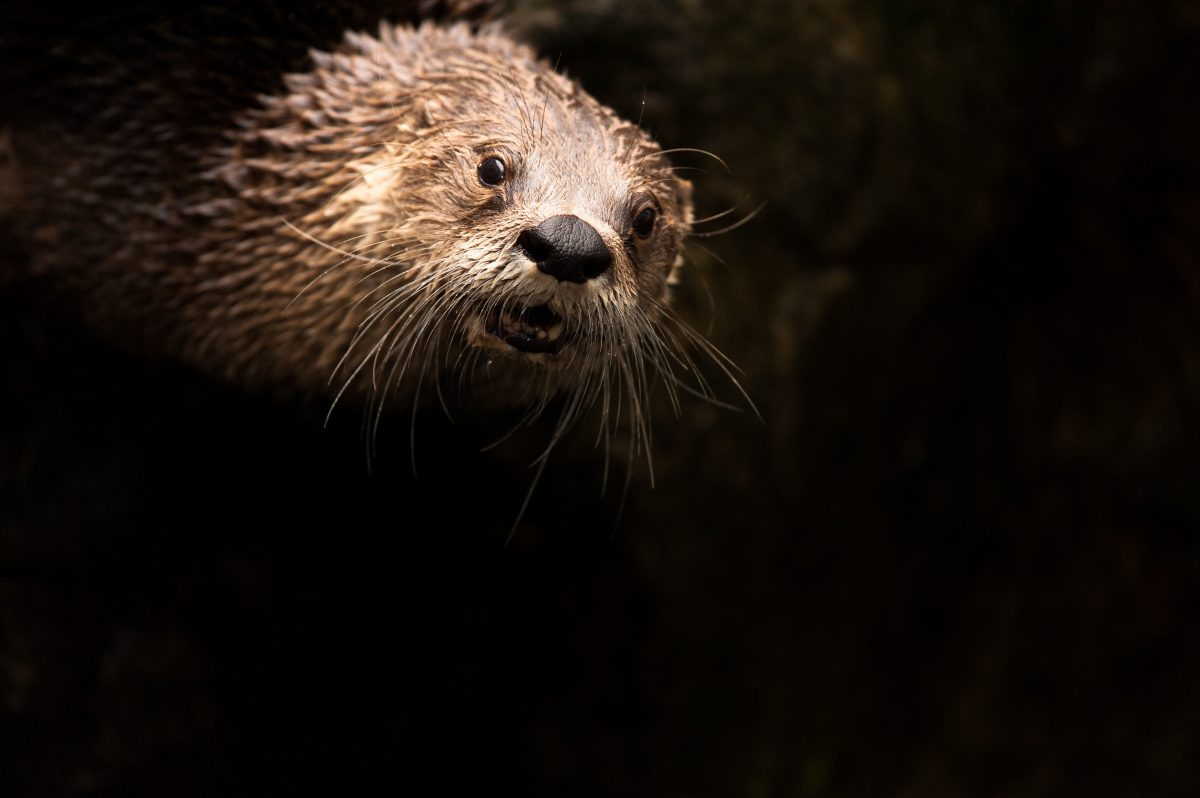 I spent the following day in forested shoreline of Lochgilphead in hope of coming across a Red Squirrel, who are now non-existent in my home counties of Dorset and Hampshire. Whilst I didn’t manage to stumble across any, the beautiful landscape was reward enough. 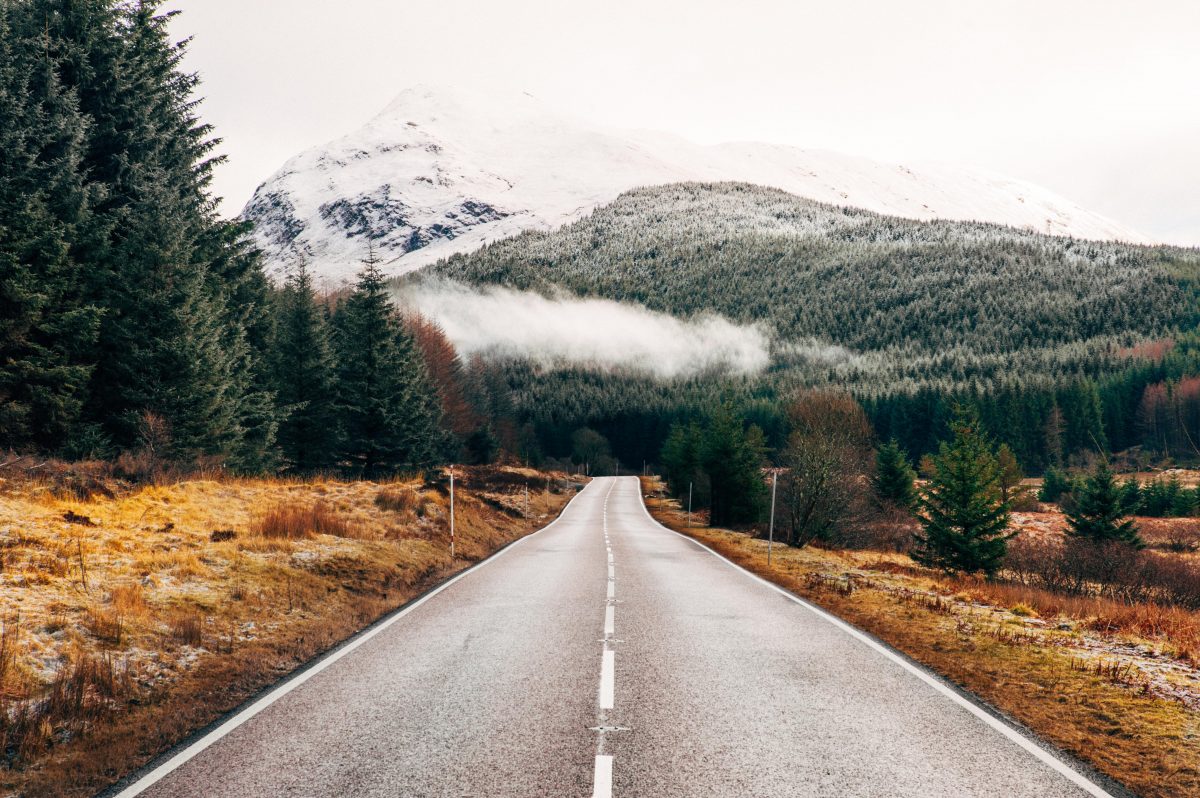 As I headed back towards Glasgow Airport for the flight home, I reflected on time I’d spent in the Highlands. With road views like the above, it’s not hard to understand why I had a tough time leaving and, more importantly, why I made a promise to return very soon.”