Hidden beaches, otherworldly rock formations, silvery waterfalls, sea caves, mountains and much more. When it comes to natural wonders, Scotland’s got more than a few stunning gems to share. Check out our list of 12 spellbinding Scottish walks, all with breathtaking natural features to see along the way.

1. The Old Man of Storr, Isle of Skye 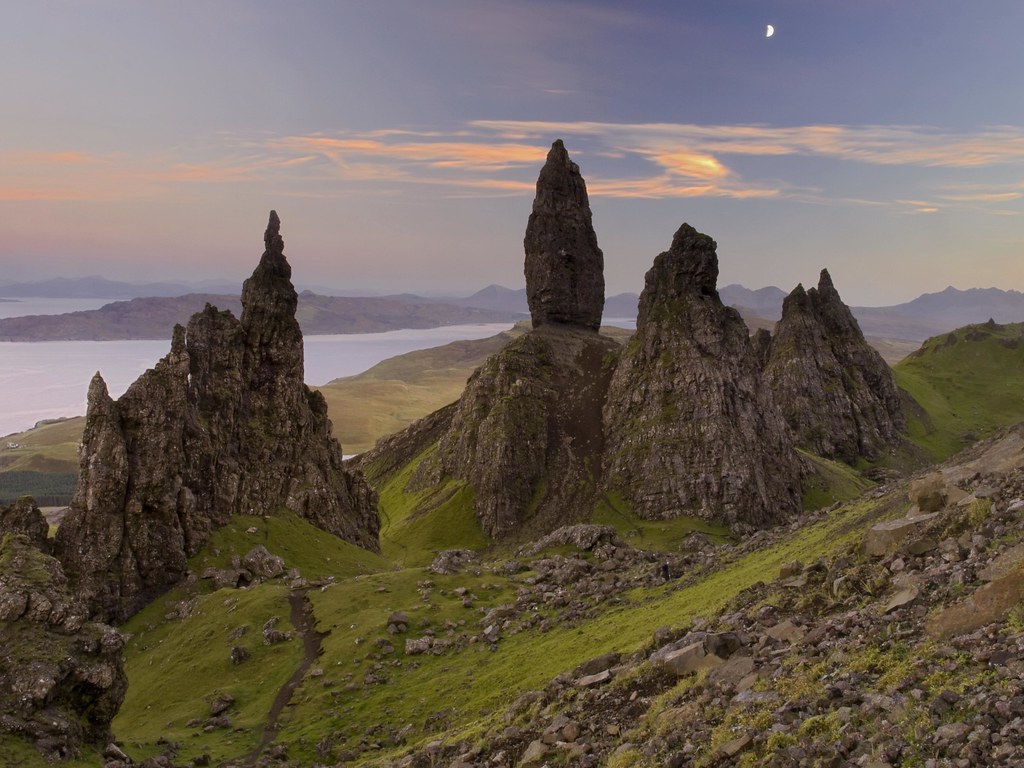 With epic cliffs, ancient rocky crags and the mystical fairy pools, it would have been easy to fill this blog with spellbinding walks on Skye alone. This hike up The Storr rewards you with unbeatable views of Skye’s ancient landscapes, as well as an up-close view of one of the island’s best known geological formations, the Old Man of Storr. 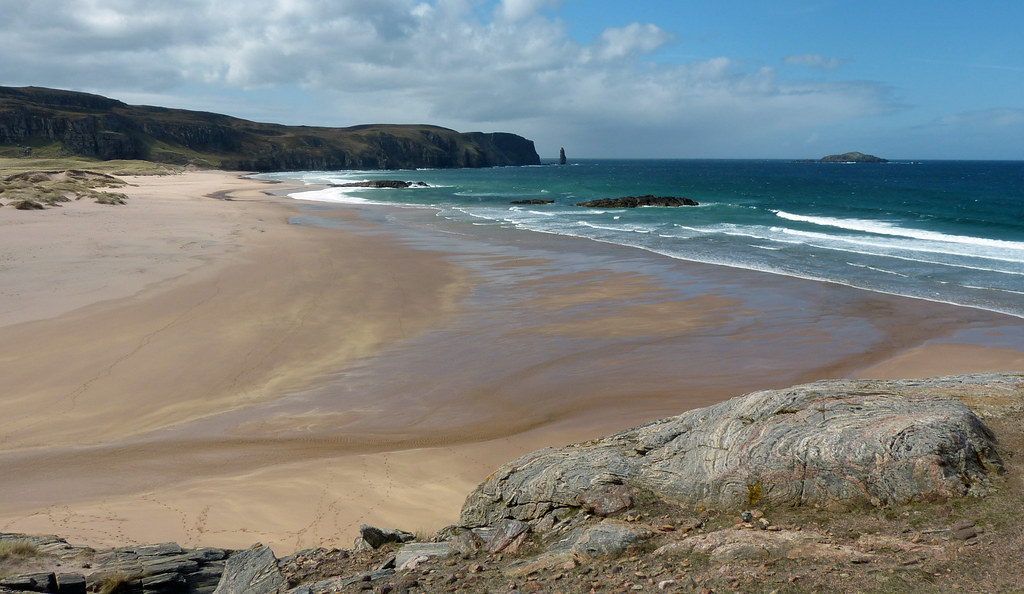 Sandwood Bay From The Northern Cliffs. Photo by Andrew via Flickr | Creative Commons

One of Scotland’s best hidden gems, this sweeping stretch of pristine sand can only be reached by foot. Follow the Sandwood Bay walk past sparkling freshwater lochs to reach the high dunes and immaculate sands of the bay. Snap pictures of the bay’s sea stack, Am Buachaille (Gaelic for ‘the shepherd’), and keep your eyes peeled for dolphins and other marine mammals. 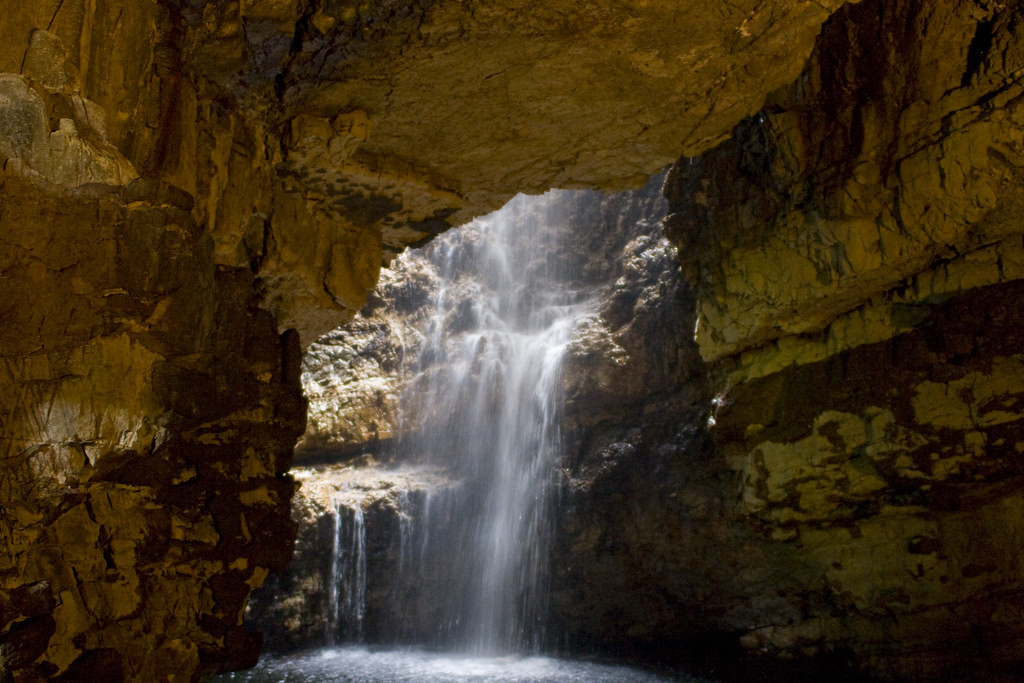 With three huge chambers and a waterfall through its heart, Smoo Cave is more than a little bit other-worldly. Legend even has it that the cave is home to spirits who guard the entrance to the nether world. Explore the mystical cave before stretching your legs on the Smoo Cave and Bhlar Duibhe walk, an enjoyable circular route through open moorland. Located in the far north of Scotland, the cave is also perfectly placed as a stopping point on the North Coast 500 driving route. Resembling the tip of a bow, this striking rock formation is actually part of a huge quartzite (called the Cullen Quartzite) that forms the coastline from Buckpool in the west end of Buckie to Logie Head on the east side of Cullen. The Buckie to Cullen walk meanders along this ancient coastline, giving you plenty of opportunity to admire the distinctive rock formations, including the famous Bow Fiddle Rock. 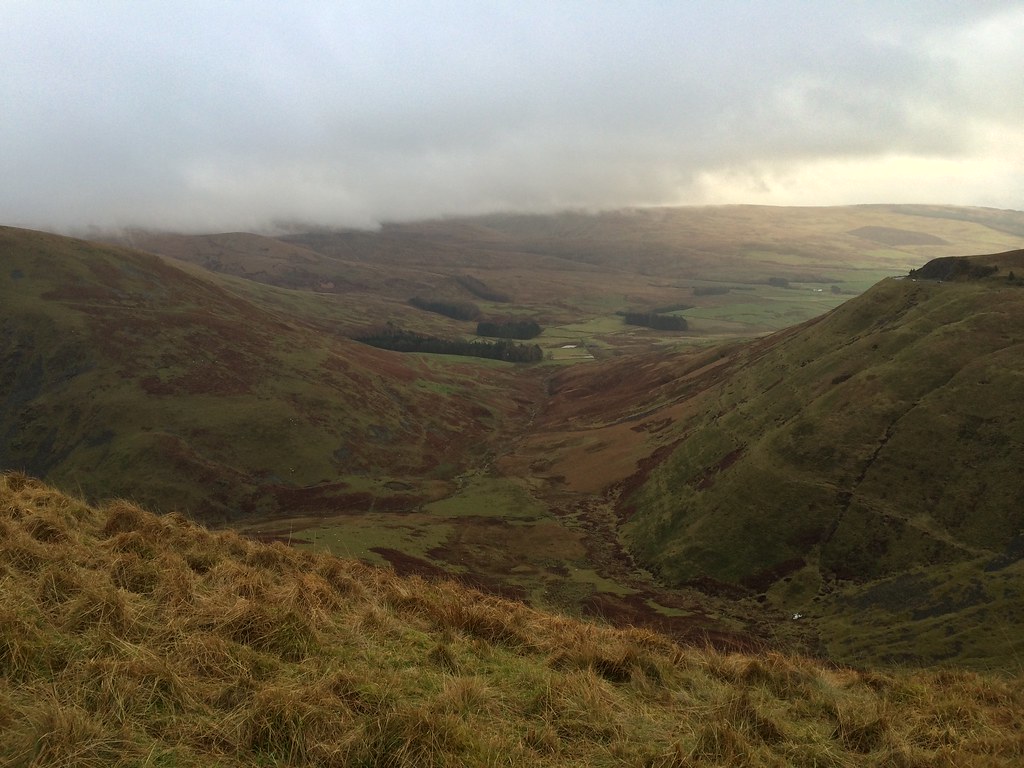 This bowl shaped valley, surrounded by four towering hills, gets its unusual name from one of the most turbulent times in the area’s history. The Devil’s Beef Tub is named after the Borders Reivers (cattle raiders who used to be referred to as ‘devils’) who would hide the cattle they had stolen in the shelter of the glen. The Devil’s Beef Tub circuit is a refreshing 5 – 6 hour walk around the bowl which begins and ends in Moffat. Corra Linn waterfall at the Falls of Clyde

Once described by the writer William Wordsworth as ‘the Clyde’s most majestic daughter’ the rushing waters of Corra Linn waterfall are simply entrancing. On the Falls of Clyde walk you can visit both the Corra Linn and Bonnington Linn waterfalls. Begin at New Lanark and follow the path along the winding banks of the River Clyde. The best vantage points for both involve a short (but quite steep) up-hill climb but the panoramic views more than make up for it.

7. The Bullers of Buchan, Cruden Bay 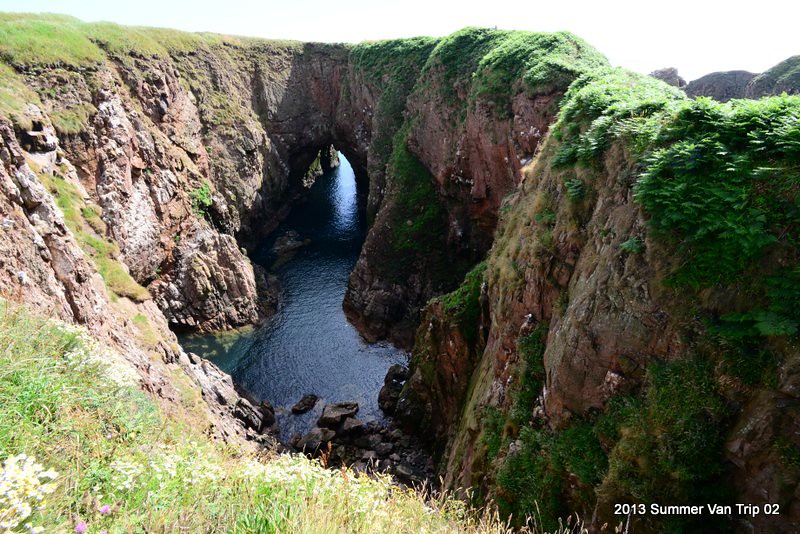 Natural Arch at the Bullers of Buchan. Photo by Pete White via Flickr | Creative Commons

Dramatically situated on the north east coast, this collapsed sea cave is a rare natural wonder. Enjoy the spectacular Cruden Bay to the Bullers of Buchan walk (much of the path is along towering cliffs though so keep safe!), and stop to snap photos of ruined Slains Castle – an inspiration for Bram Stoker’s Dracula. Finish your walk at the Bullers of Buchan, where you can see the sea charging through the cavity 100 ft below and puffins nesting on ledges. The three towering Paps of Jura are easily the island’s most distinctive landmarks, and climbing them is one of the biggest draws to the island (along with visiting its fabulous whisky distillery). Choose your Pap and challenge yourself to a hike to the top. You’ll be rewarded with commanding views over to the Kintyre peninsula, Mull, Islay and even Northern Ireland. You might even be able to spot some of Scotland’s other famous mountains, such as Ben Lomond and the Cobbler on the mainland. Cut out by glaciers during the Ice Age, Corrie Fee National Nature Reserve is a dramatic bowl-shaped chasm at the head of Glen Clova. Begin the Corrie Fee walk at Glen Doll car park (a small fee applies for parking). On the route you’ll pass babbling burns and rustling trees before reaching the majestic corrie, where you might be lucky enough to spot a golden eagle. Extend your walk by hiking up to the corrie’s silvery waterfall.

At 137 m this imposing red sandstone sea stack is one of the tallest in Britain. The walk out to the Old Man from Rackwick is a lovely one, offering you stunning vistas of Hoy’s lush landscapes, sparkling sea views and breathtaking glimpses of tall sandstone cliffs. In the spring and summer you’ll also be treated to colourful displays of delicate wildflowers and seabirds nesting on the cliffs. 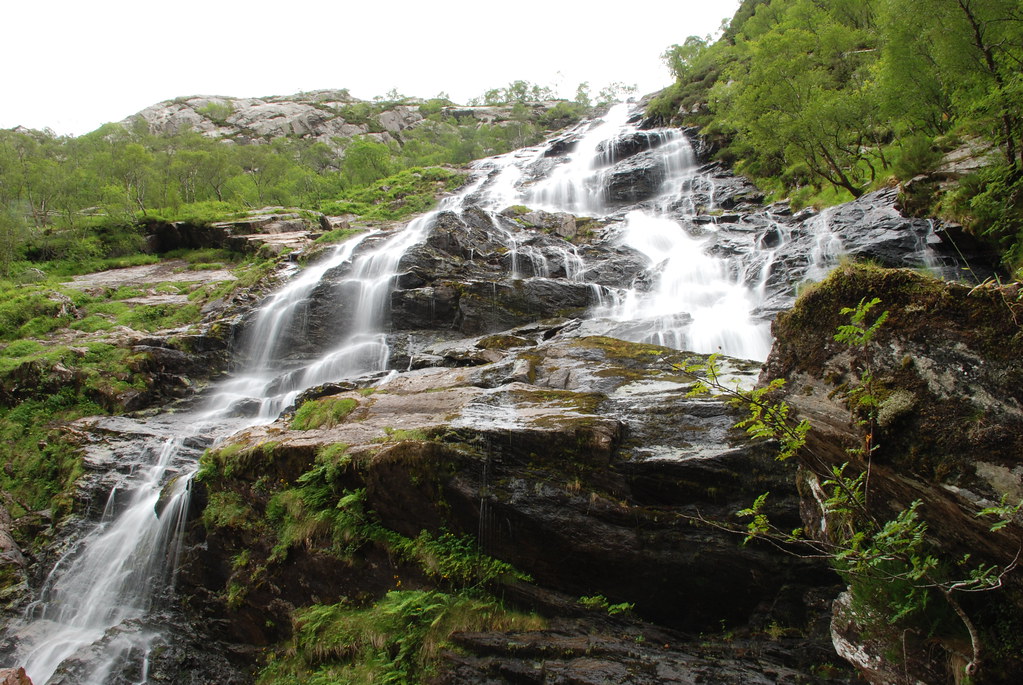 Cascading 105 m down a steep rock face, these thundering falls are the third highest in Scotland. Sitting under the watchful eye of towering An Gearanach mountain, the falls are a jewel in the crown of stunning Glen Nevis, which has featured in movies such as Harry Potter and the Goblet of Fire, Braveheart and Highlander. Head out on the Steall Falls and Nevis Gorge walk and soak up the awe-inspiring beauty of this famous glen. Connecting St Ninian’s Isle to Shetland Mainland, this beautiful stretch of soft white sand is the largest active sand tombolo in Britain. Leave only a trail of footprints in the sand as you cross over following the St Ninian’s Isle circular, which will take you on an energising loop around this stunning island. On route you’ll pass the ancient chapel site as well as the dramatic cliffs at Loose Head.

Check out our walking page or blogs about 12 stunning pub walks and 14 stunning Grahams to climb in Scotland for more inspiration.