Following a glorious summer last year, once again the summer is whizzing by and before we know it, the vibrant colours of autumn will soon be everywhere and it will be time to seek out our favourite jumpers. So if you’re ready for one final hurrah this September – we’ve got it covered!

Remember, it’s not too late to …

Say do you remember, dancing in September? It’s not only Earth, Wind & Fire’s favourite month of the year, it is one of Scotland’s too. Lend your ears (and your dance moves) to an eclectic variety of music, with toe-tapping trad music, indie, rock and jazz acts coming to Scotland.

Where can I go? See the Red Hot Chilli Pipers in Arbroath (1 September), Midstock Festival in Dalkeith (30 – 31 August), Skye Live in Portree, Isle of Skye (5 – 7 September) and The Beltie Music Festival in Dumfries & Galloway (31 – 1 September). 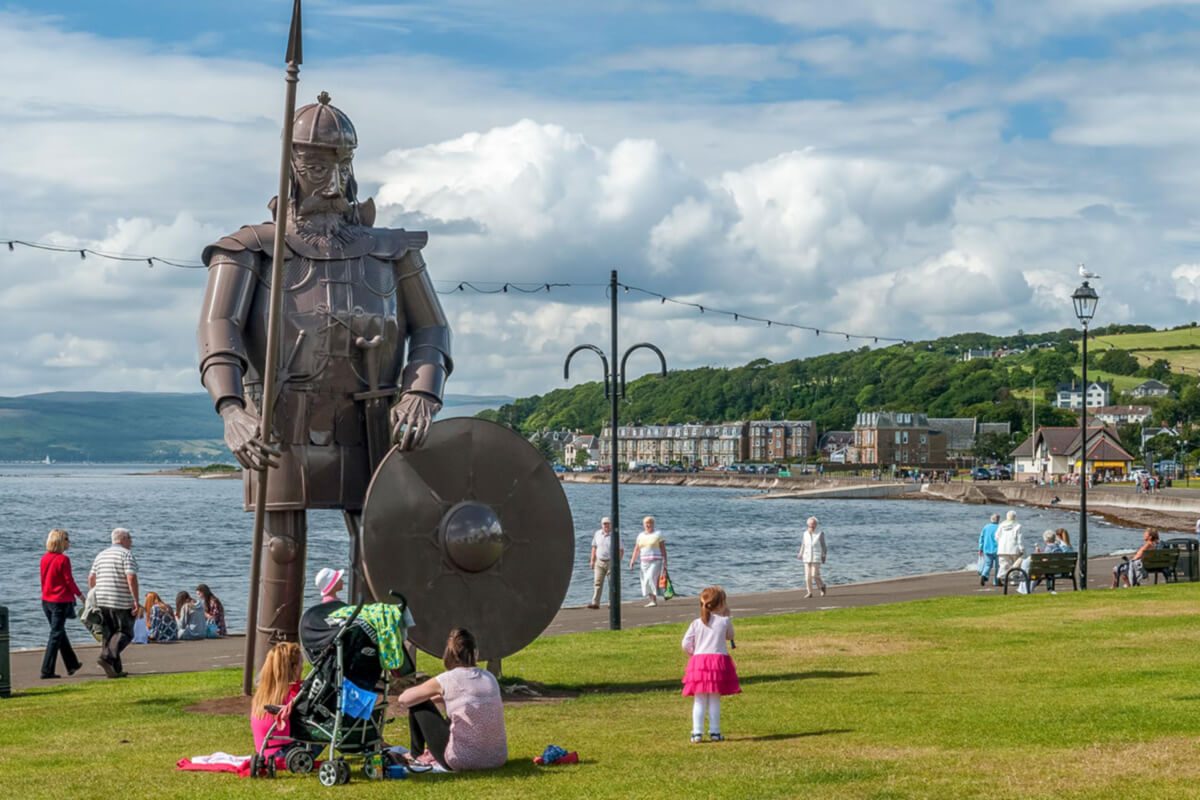 A land filled with rich Viking heritage and remnants of ancient Norse settlements, the connection between Scotland and Scandinavia is a fascinating subject to dive in to. Did you know that the last battle between the Scots and Norse took place in 1263 at the Battle of Largs in North Ayrshire?

Where can I go? Explore a 13th century Viking village and watch traditional fire processions at the Largs Viking Festival from 31 August – 8 September.

3. Make the most of the daylight hours 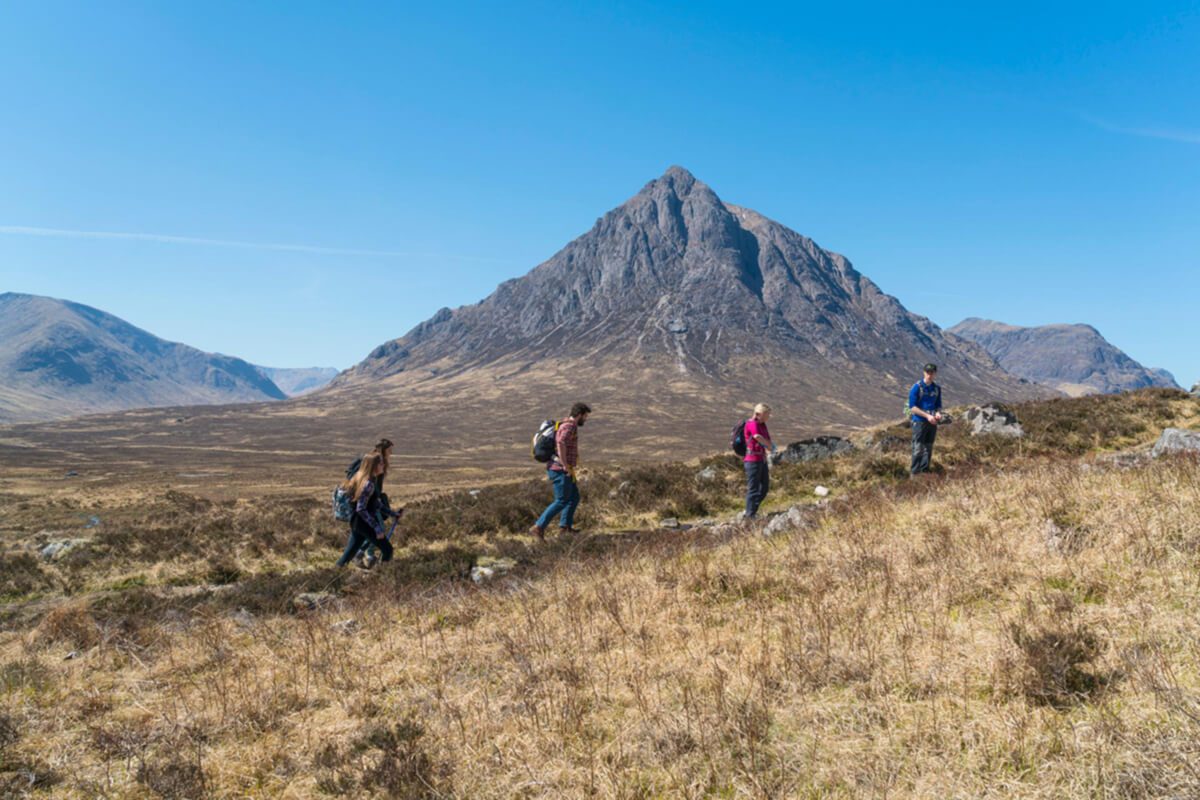 Going for a stroll is a lovely way to see Scotland at any time of year, but getting outdoors before the clocks change means there will be more time to lap up the beautiful scenery. Ogle at eye-popping features of the landscape or catch an awe-inspiring vista.

Where can I go? Search for red squirrels in the tall pine trees of Rothiemurchus Forest surrounding Loch An Eilein (8 km), or observe the magnificent views from the top of Conic Hill, part of the West Highland Way (4 km).

4. Go to a Highland games 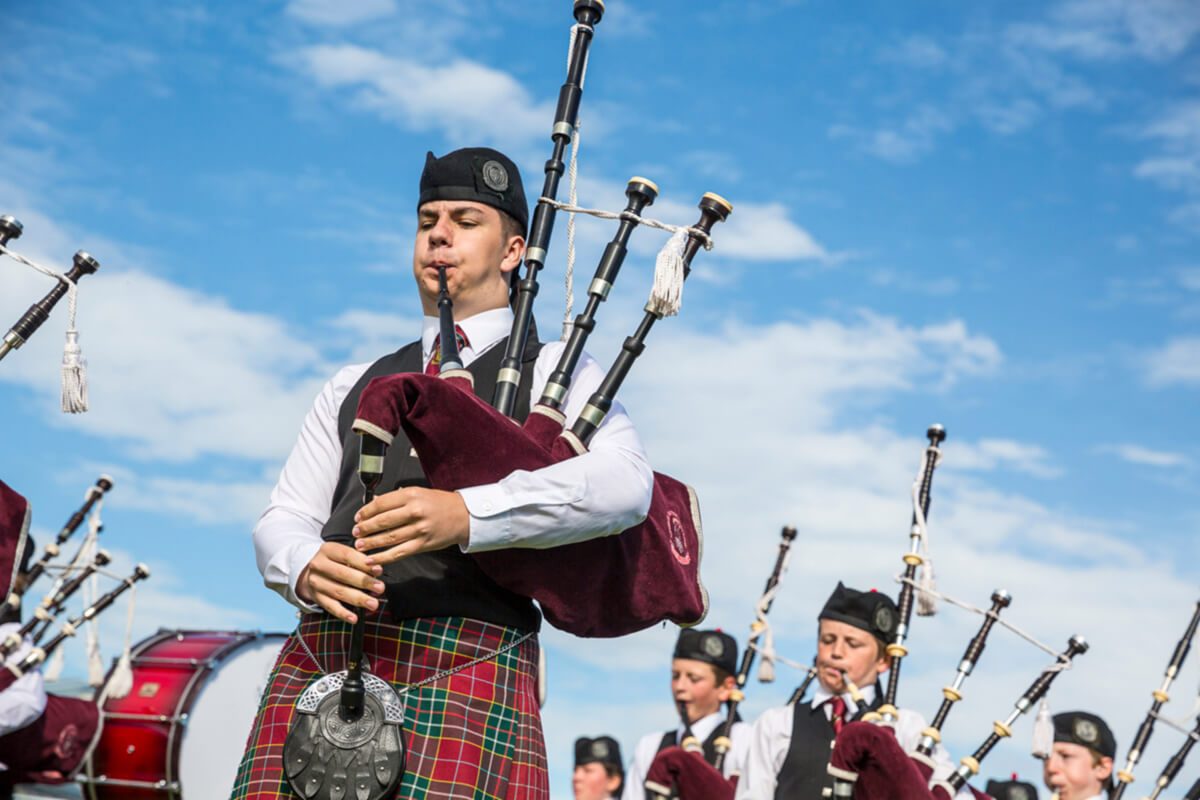 For a slice of friendly competition, head to one of this year’s last Highland games and get immersed in a thrilling blend of heritage, sport and entertainment. With traditional heavy athletics like caber tossing and tug-o-wars, Highland dance competitions and bagpiping, there’s never a dull moment.

Where can I go? One of the most iconic games is still ahead. Don’t miss the Braemar Gathering on 7 September which welcomes members of the Royal Family every year. 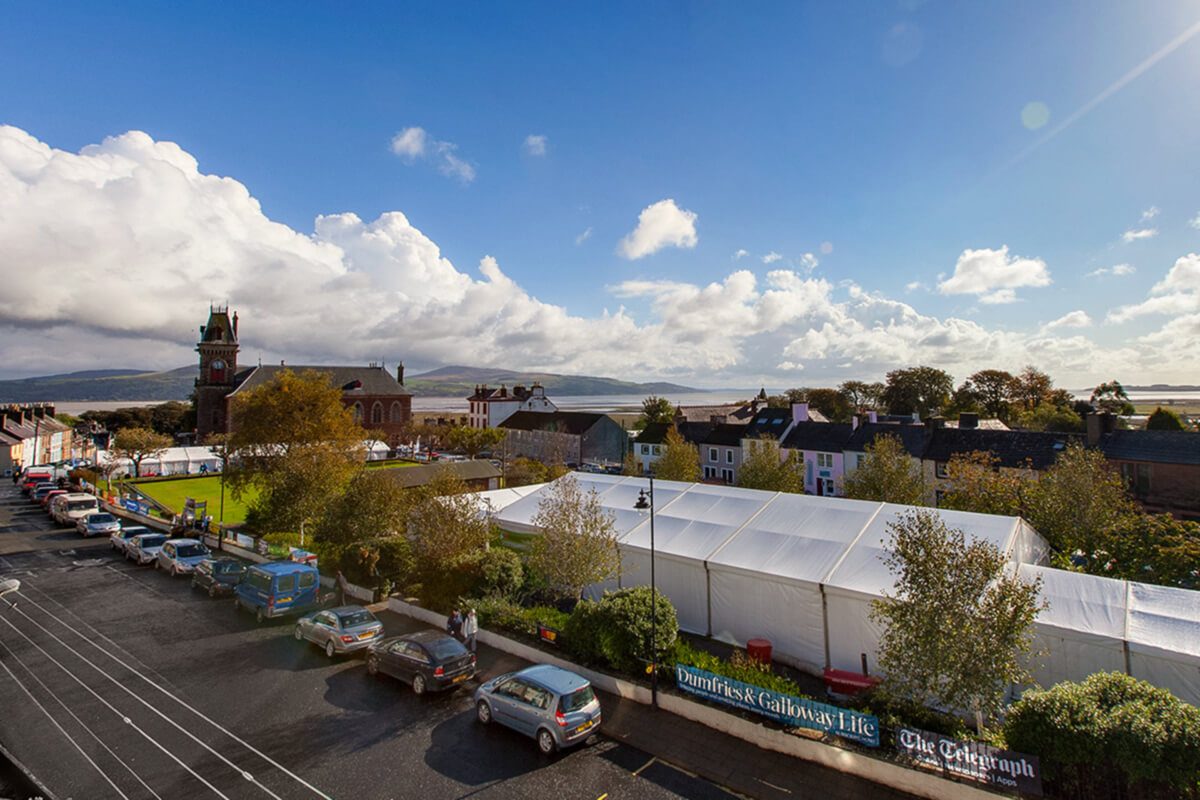 Love rummaging through a second-hand bookshop or burying your nose in the latest bestseller? Or perhaps you just want to find a quiet spot to catch up on some reading or writing? Be sure to check out some of the month’s literary happenings.

Where can I go? Take a trip to Islay for the intimate Islay Book Festival (29 – 31 August/1 September), venture to Largs for the fun-filled Tidelines Book Festival (26 – 29 September), travel to the coast to Portobello Book Festival for a seaside experience (4 – 6 October), or head to Stirling for some thrilling crime writing at Bloody Scotland (20 – 22 September).

6. Try flavours of the month

One month to go until the #stranraeroysterfestival ! ! Hope to see plenty of you there! #henrysbayhouse #popup

Fresh oysters, juicy mushrooms, perfect pumpkins, late-summer tomatoes – these are just some of the highlights of the September harvest. Find these seasonal delights (and much more besides) at restaurants, foodie events and farmers’ markets across the country.

Where can I go? Taste something mouthwatering at the Stranraer Oyster Festival (13 – 15 September), grab something delicious along the Glasgow Walking Lunch (21 September), or join in the celebration of food and drink from nearby markets at Deeside Local Food Festival (15 September). 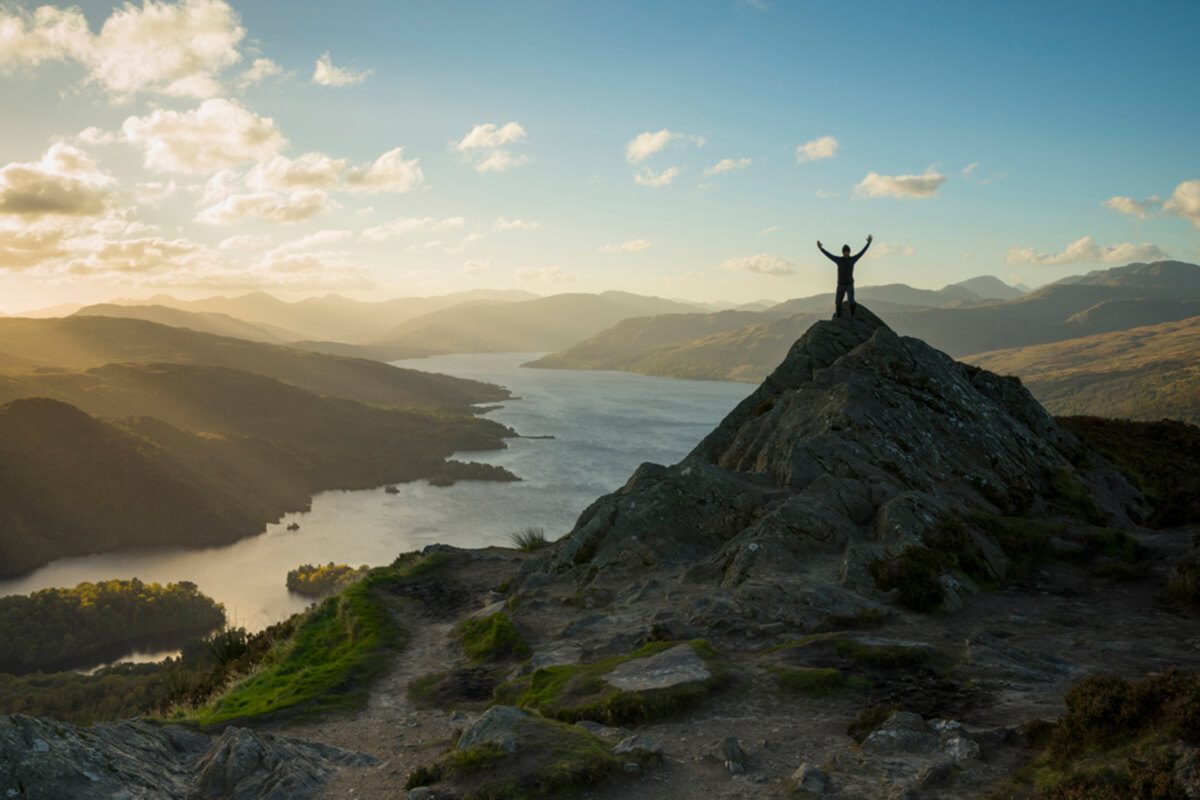 Take things up a notch and challenge yourself to a hill walk and get your heart rate up. If the weather is favourable, why not try bagging a Corbett or a Munro? The feeling when you reach the top will be worth the effort! 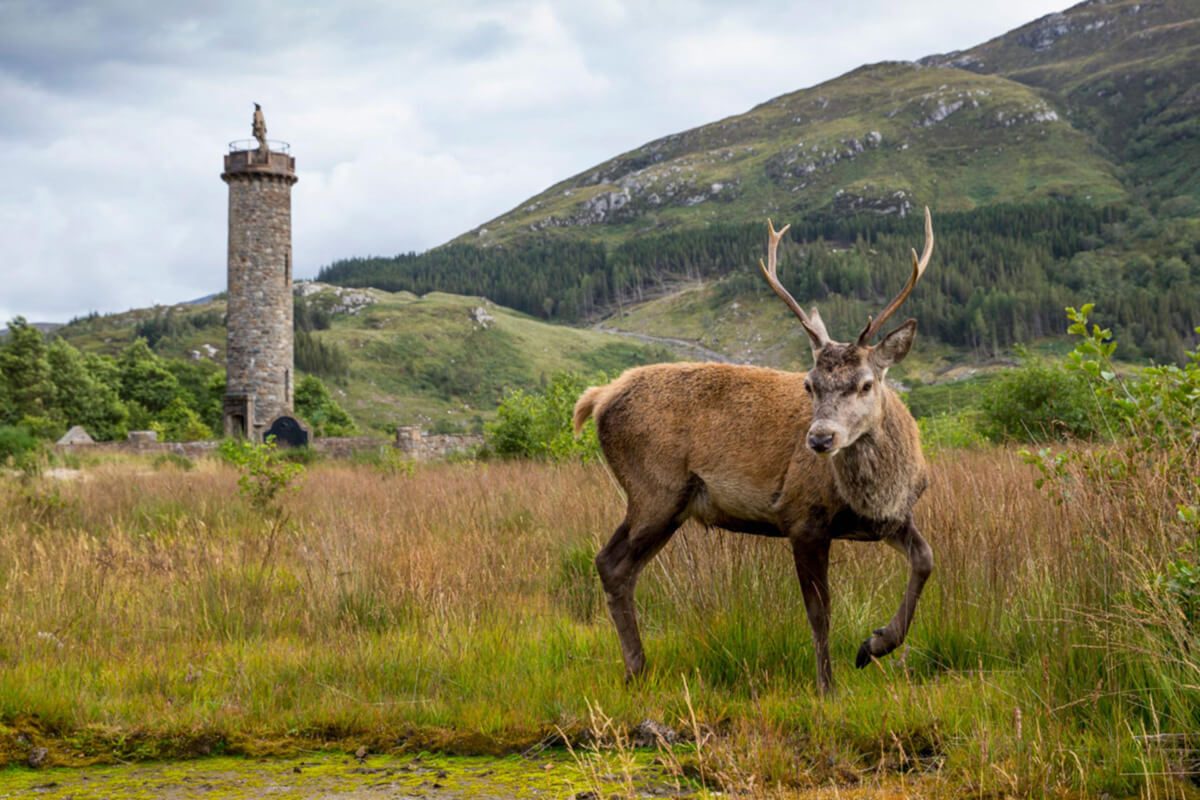 Red deer by the Glenfinnan Monument

Witness one of the animal kingdom’s most magnificent spectacles as red deer put on a captivating performance for mates during the autumn mating season, known as the ‘rut’. It starts towards the end of September.

If you’re exploring the coast, keep an eye out for adorable fluffy seal pups who are born at the end of September.

Where can I go? Check out the Red Deer Range at the Galloway Forest Park, or stay put and read up on these two awesome species in our Wildlife Series eBooks. 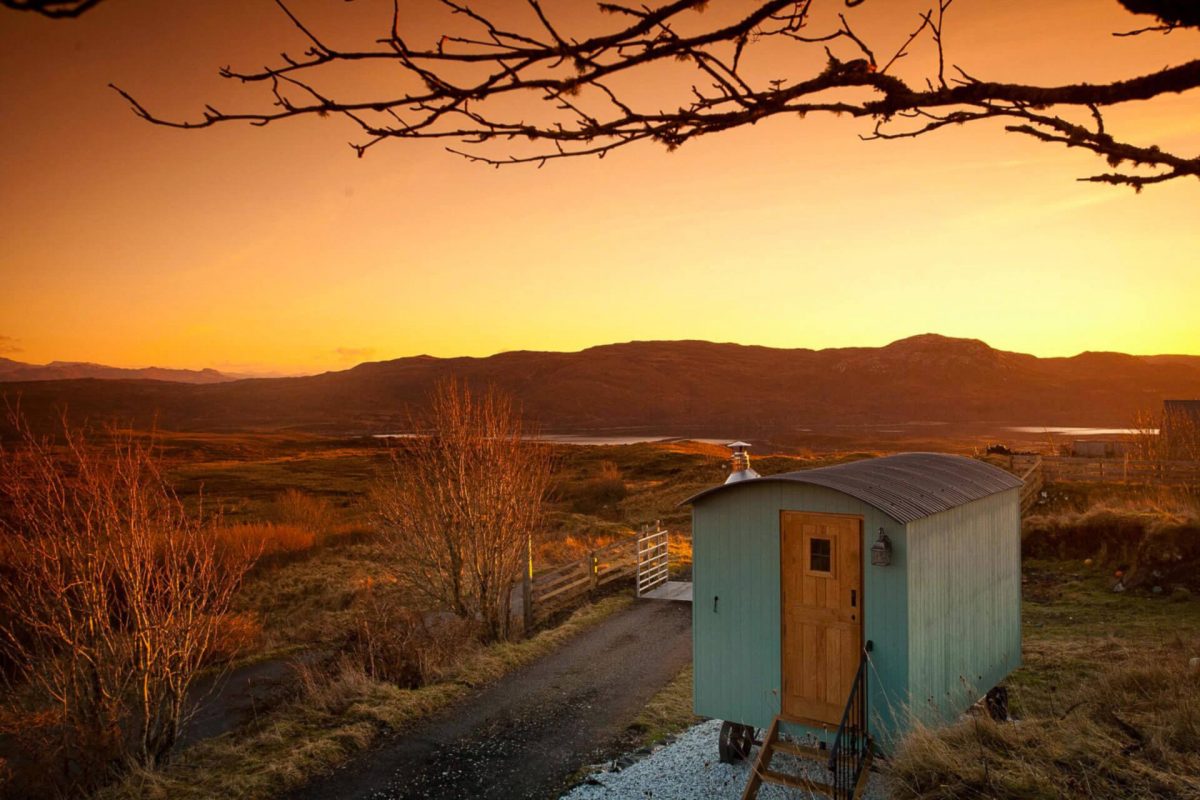 Get cosy and drift off to sleep inside a luxurious glamping pod, hut or cabin. With the sounds of birds chirping and a gentle breeze whistling through the air, this is an unforgettable way to finish off the summer. Get a little closer to nature and watch a blanket of stars light up the September sky.

Where can I go? Check our glamping section for some unique accommodation offerings. 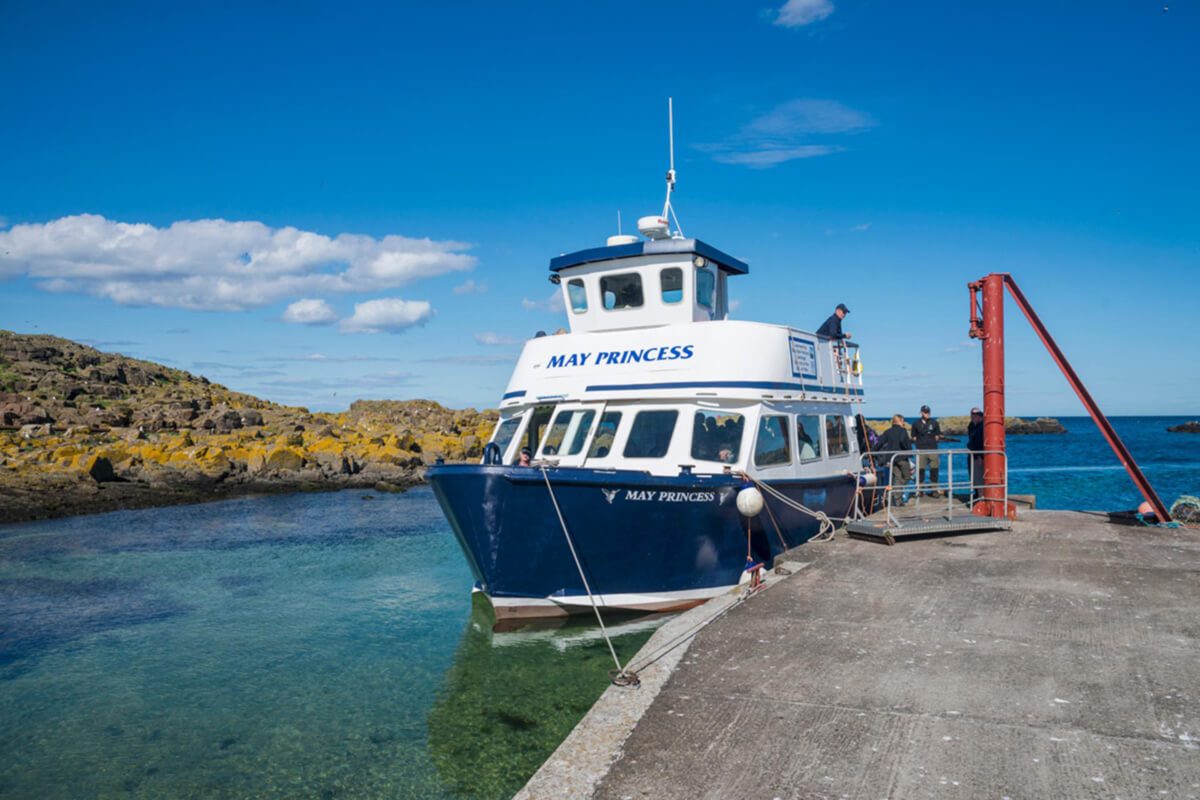 While you might not see puffins in September (they tend to depart in mid-August), on the peaceful Isle of May you can witness ancient human history that dates back to 2000BC, a time when the isle was an important fishing hub for Fifers.

When can I go? The May Princess boat sails from Anstruther Harbour across to the Isle of May until the end of September. 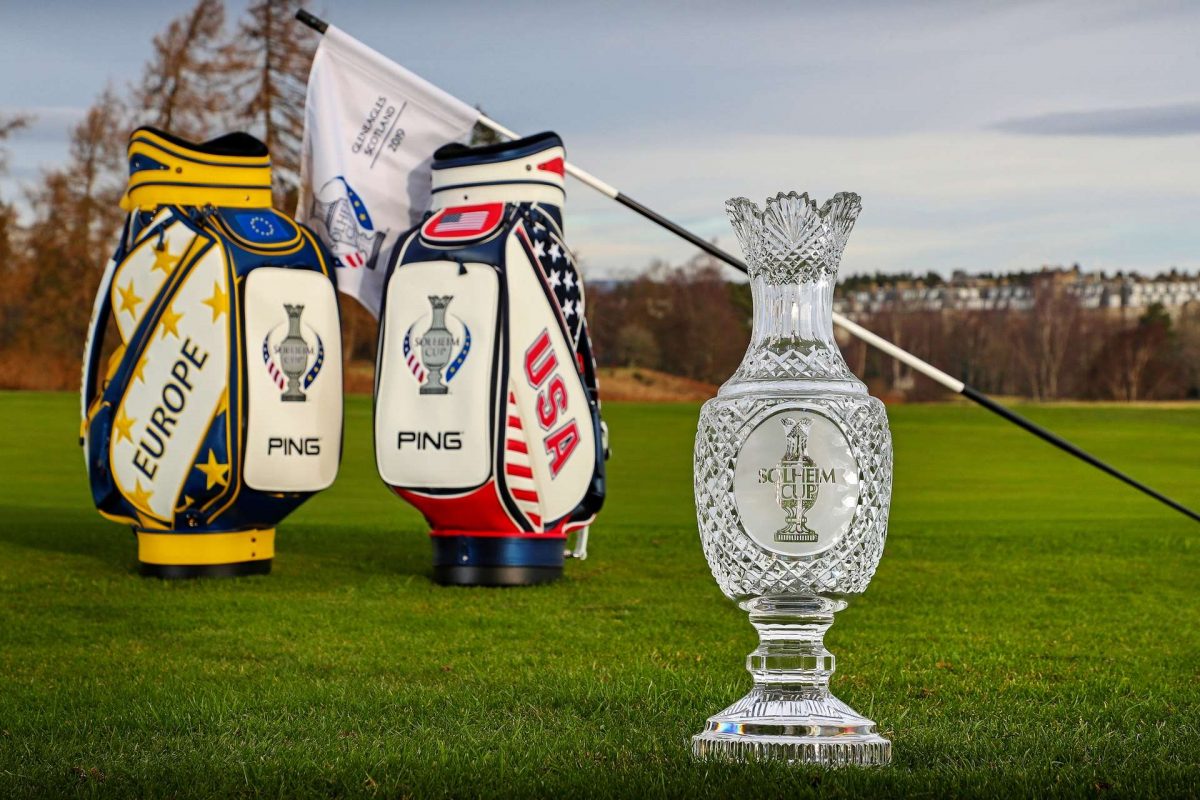 Come celebrate the return of the Solheim Cup to Scotland, at Gleneagles in Perthshire. After all, Scotland is the Home of Golf and so it is an event not to miss with guaranteed world-class golf and a fun-filled experience for all.