Who could deny the literary appeal of Scotland? Rugged mountains, misty islands, dazzling cities, a country both ancient and modern; in short, a writer’s dream.

No wonder there are so many Scottish tours inspired by books, poems, poets and authors. Which of the following places are you drawn to? 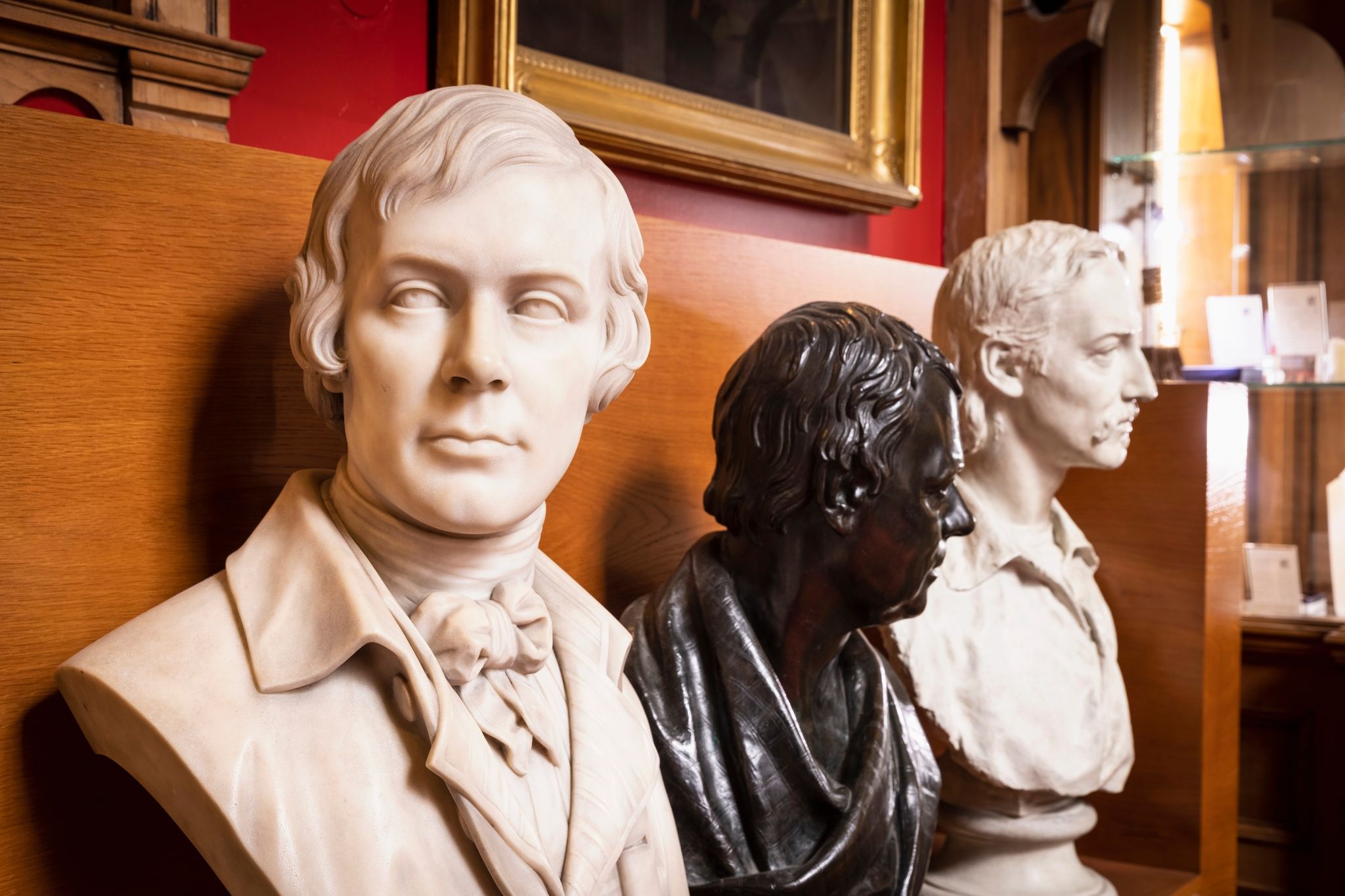 The world’s first UNESCO City of Literature, Edinburgh is buzzing with literary landmarks. From Charles Dickens to Sir Ian Rankin, Muriel Spark, Irvine Welsh, J.K Rowling, and Alexander McCall Smith – the list of writers associated with the city is long and distinguished. Tours are widely available, from must see Harry Potter locations to fascinating days out at attractions like the National Museum of Scotland and Writers’ Museum. 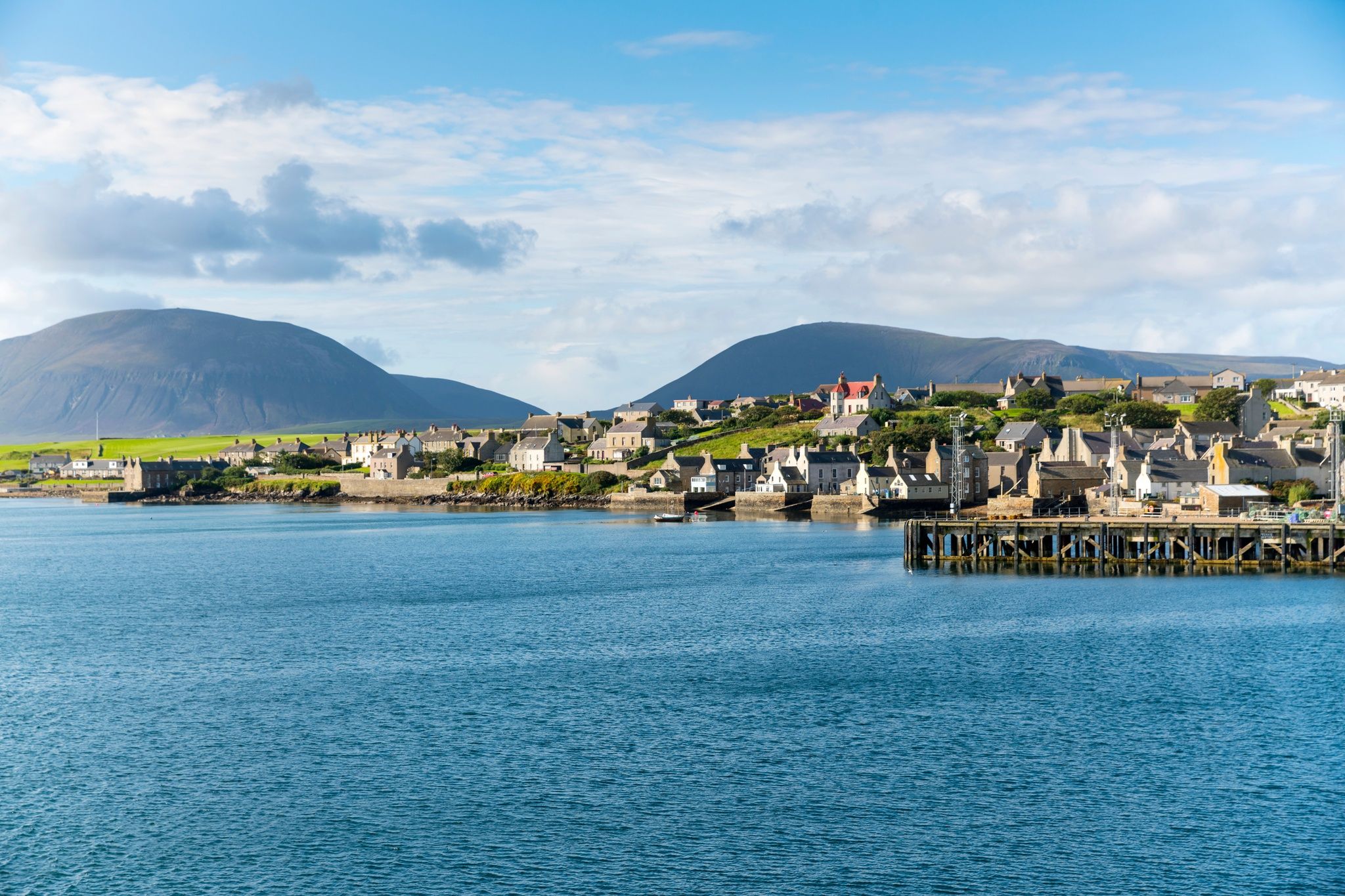 Orkney is a treasure trove of historic attractions and things to do. It was also the birthplace of one of Scotland’s most celebrated writers: George Mackay Brown. His poems and prose were intertwined with these windswept islands north of the mainland, characterised by vivid imagery and local detail. A dedicated trail has been created to help visitors connect with the places that influenced his writing, which takes around two to three hours. 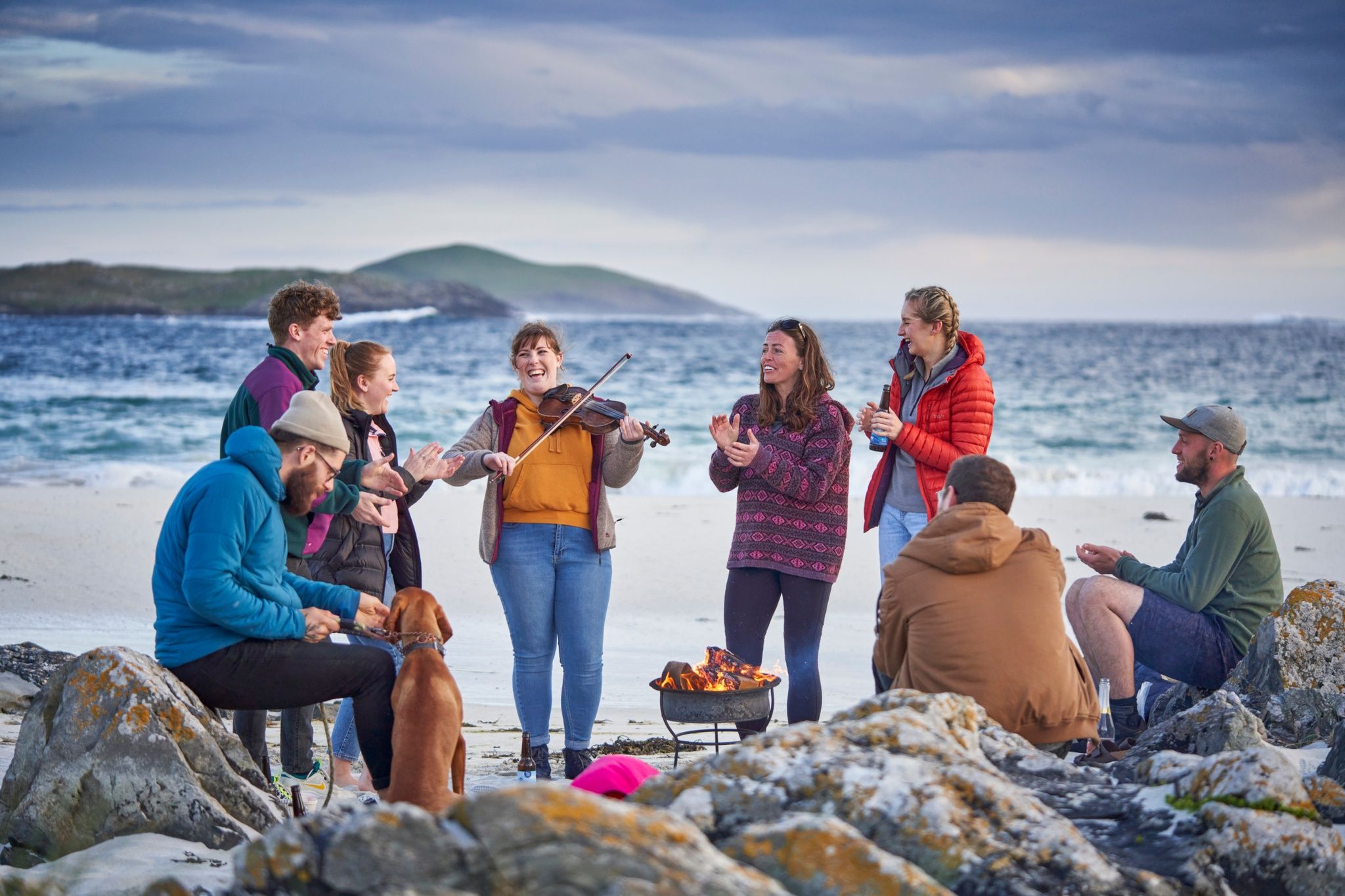 ‘I enjoy writing about the islands because they are dynamic, changing and energetic,’ writes Ann Cleeves, ‘don’t come to Shetland imagining a Viking theme park, a place fixed in the past.’ Having set numerous novels in Shetland, Ann Cleeves has inspired many people to visit the islands. Now adapted for TV, many of the places featured in Cleeves’ novels are world famous. Book a visit to this northern archipelago and, ideally, a local tour guide to share in her fascination.

Ann Cleeves on falling in love with Shetland

4. A Literary Self-Drive Tour of Scotland 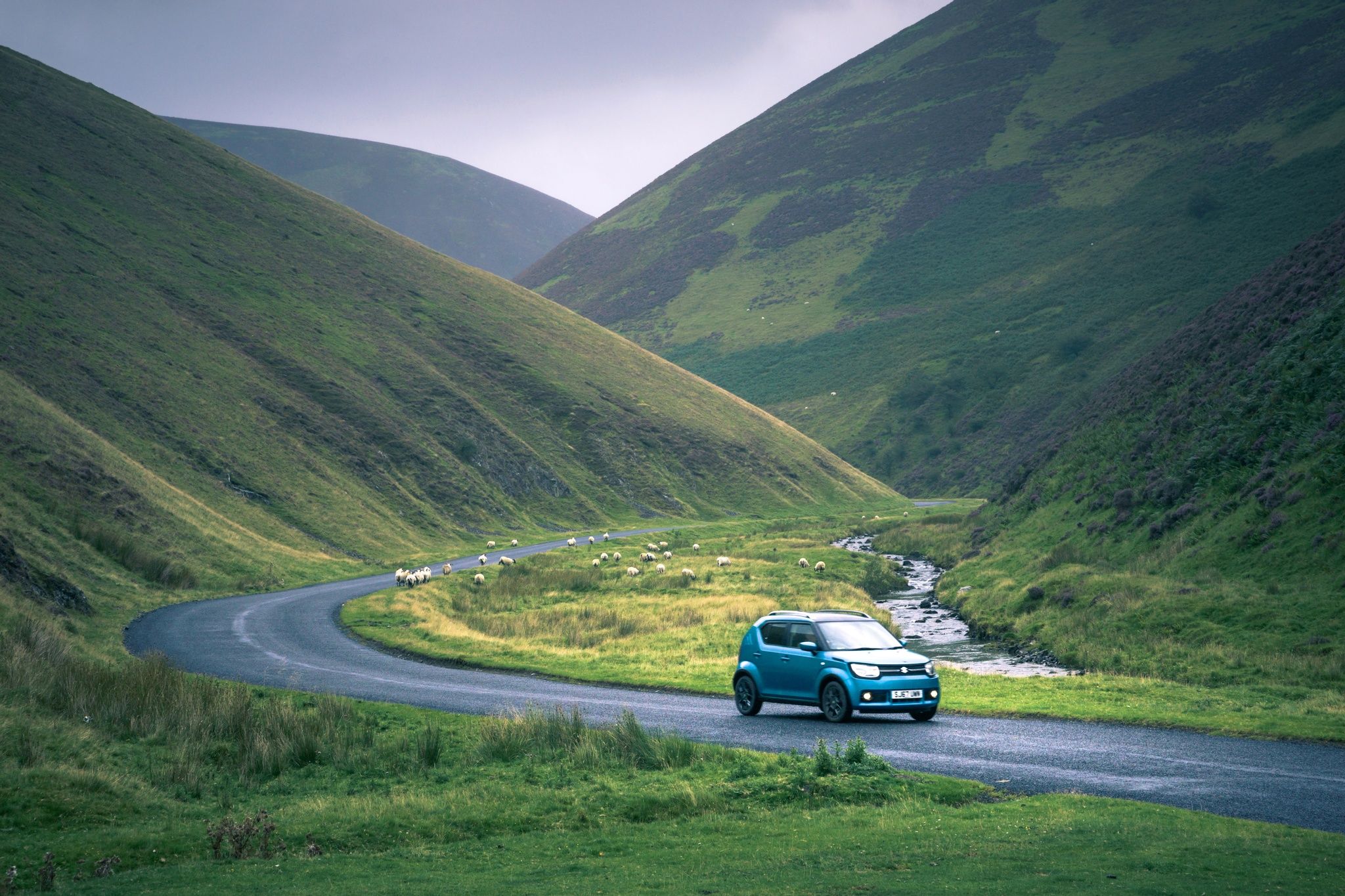 Iconic literary spots can be found all over Scotland – it’s the perfect excuse for a road trip. A self-drive tour offers freedom of choice and accommodation that can be tailored to suit your preferences. Discover the places associated with Scotland’s finest writers, including the location where Sir Walter Scott overcame his writer’s block and the house where Robert Burns was born. This could be the trip of a lifetime for book lovers. 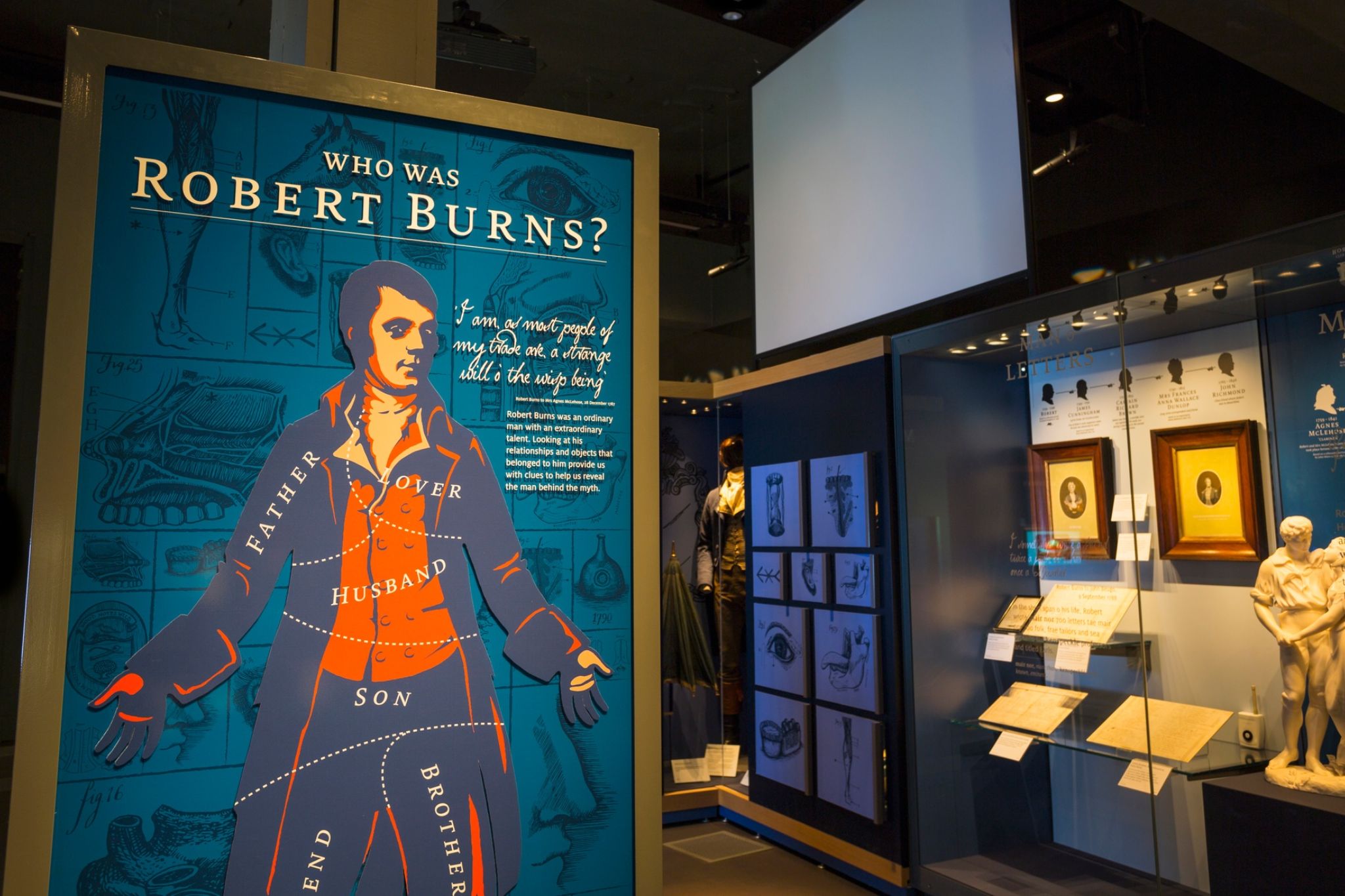 The poet Robert Burns (affectionately known as Rabbie) is synonymous with Scotland. For admirers of his work, and those who want to learn a little bit more, have you considered taking a special Rabbie Burns tour? This tour will take you to Alloway in Ayrshire where he was born and raised, to places that inspired him and came to life in his poetry. Spend a full day exploring the Burns Museum, Burns Monument, Auld Alloway Kirk and other fascinating sites.

6. Travel to the Scottish Borders in search of Walter Scott 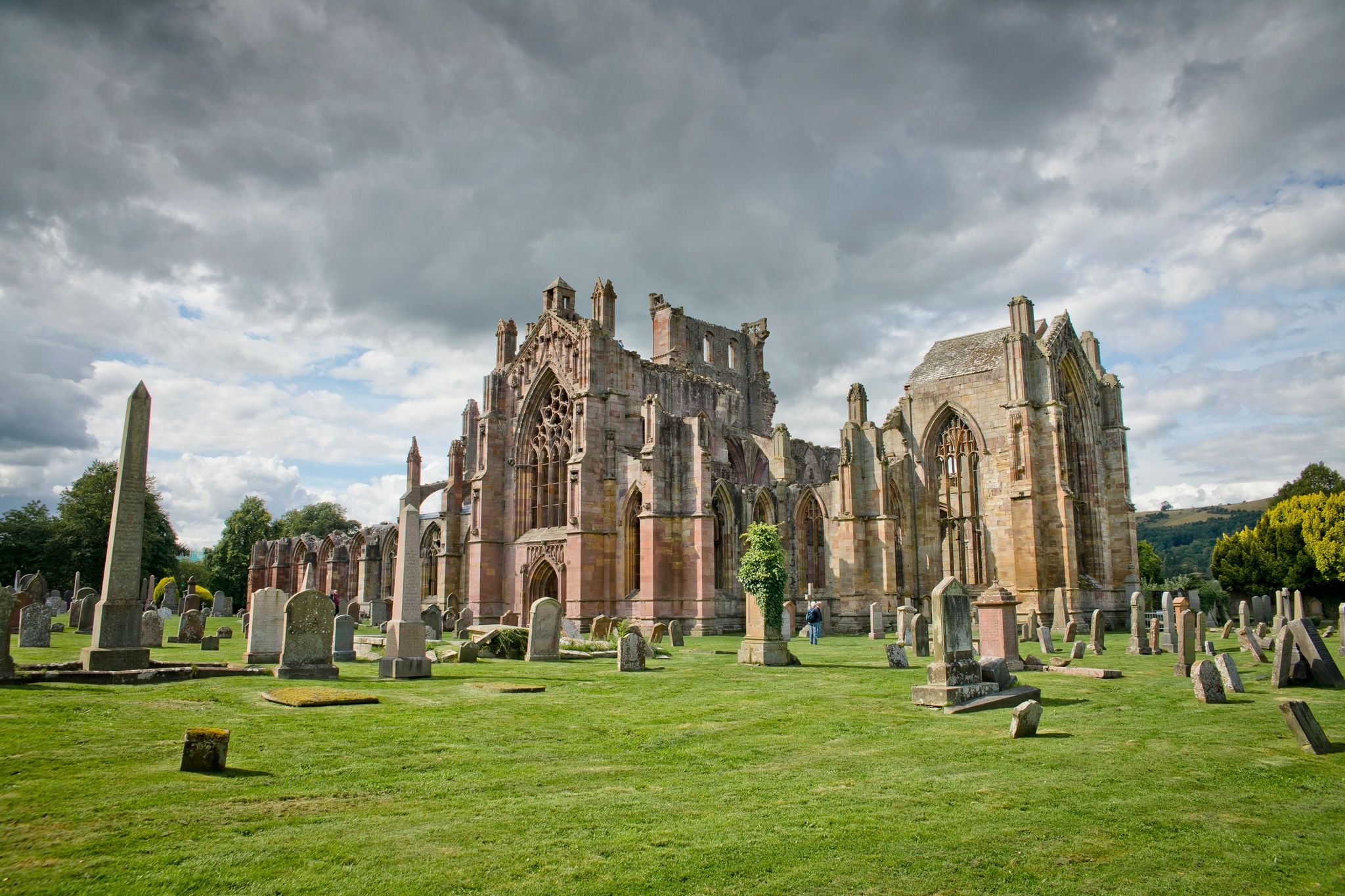 Immerse yourself in the literary landscape of south Scotland and connect with one of Scotland’s most famous writers: Sir Walter Scott. Visit stunning buildings like Scott’s Abbotsford and Melrose Abbey, brimming with literary inspiration. Local tours are widely available and you can reach this part of Scotland easily by public transport. South Scotland is also renowned for its beautiful landscapes and dark skies free from light pollution.

7. Visit the Outer Hebrides through the eyes of Peter May 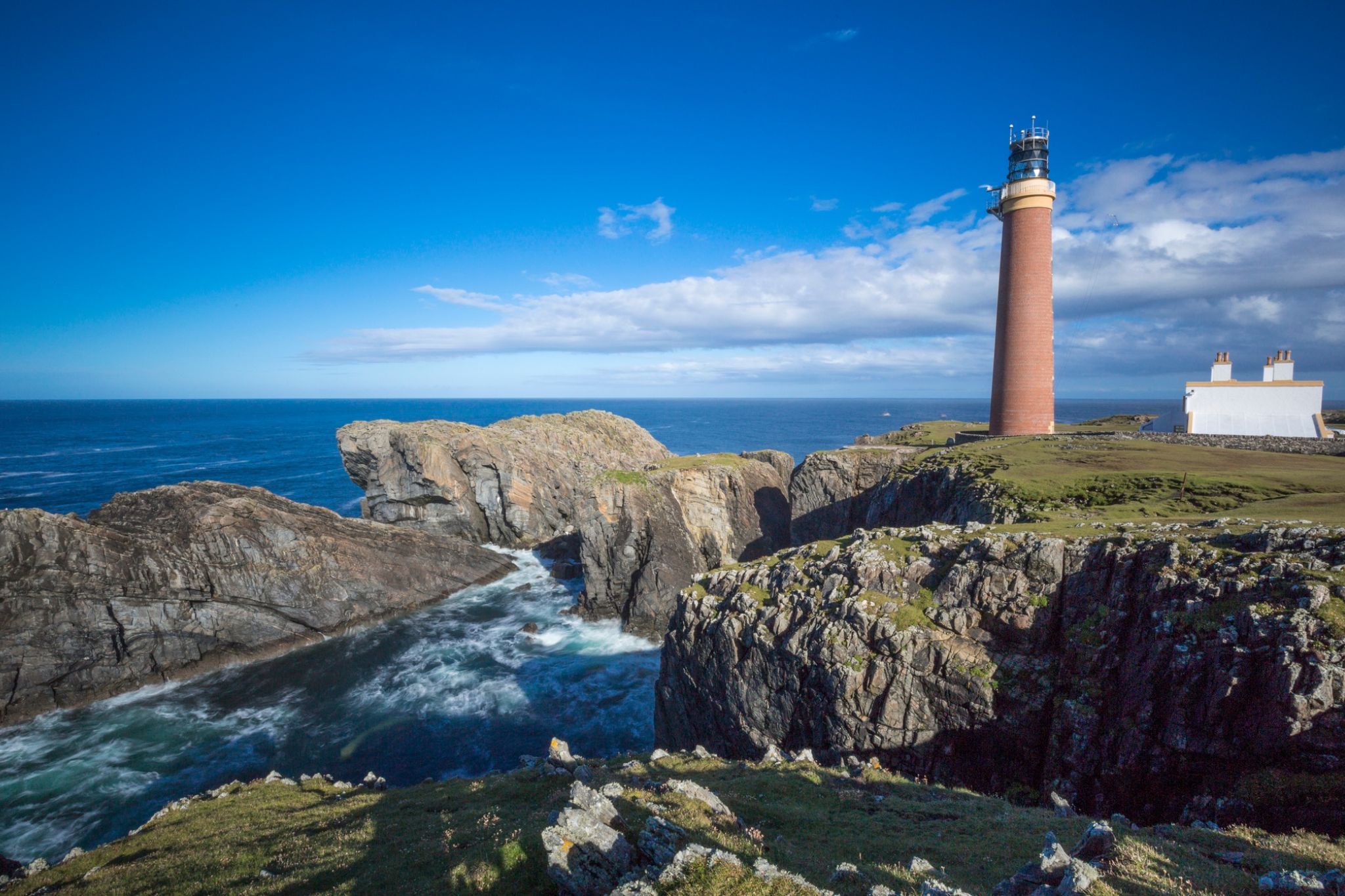 Peter May’s Lewis Trilogy is a series of gripping crime thrillers set in the Outer Hebrides. Fans of the books have been drawn to visit the islands and explore key literary locations. These include the Ness harbour breakwater and the rocky headland where the Butt Lighthouse marks the edge of Europe. The island of Eriskay also features, as well as South Uist. Planning a visit? Be sure to download the Peter May leaflet with a map and locations.

Sail to the Outer Hebrides on a Peter May inspired adventure

8. The Beatrix Potter Exhibition in Dunkeld 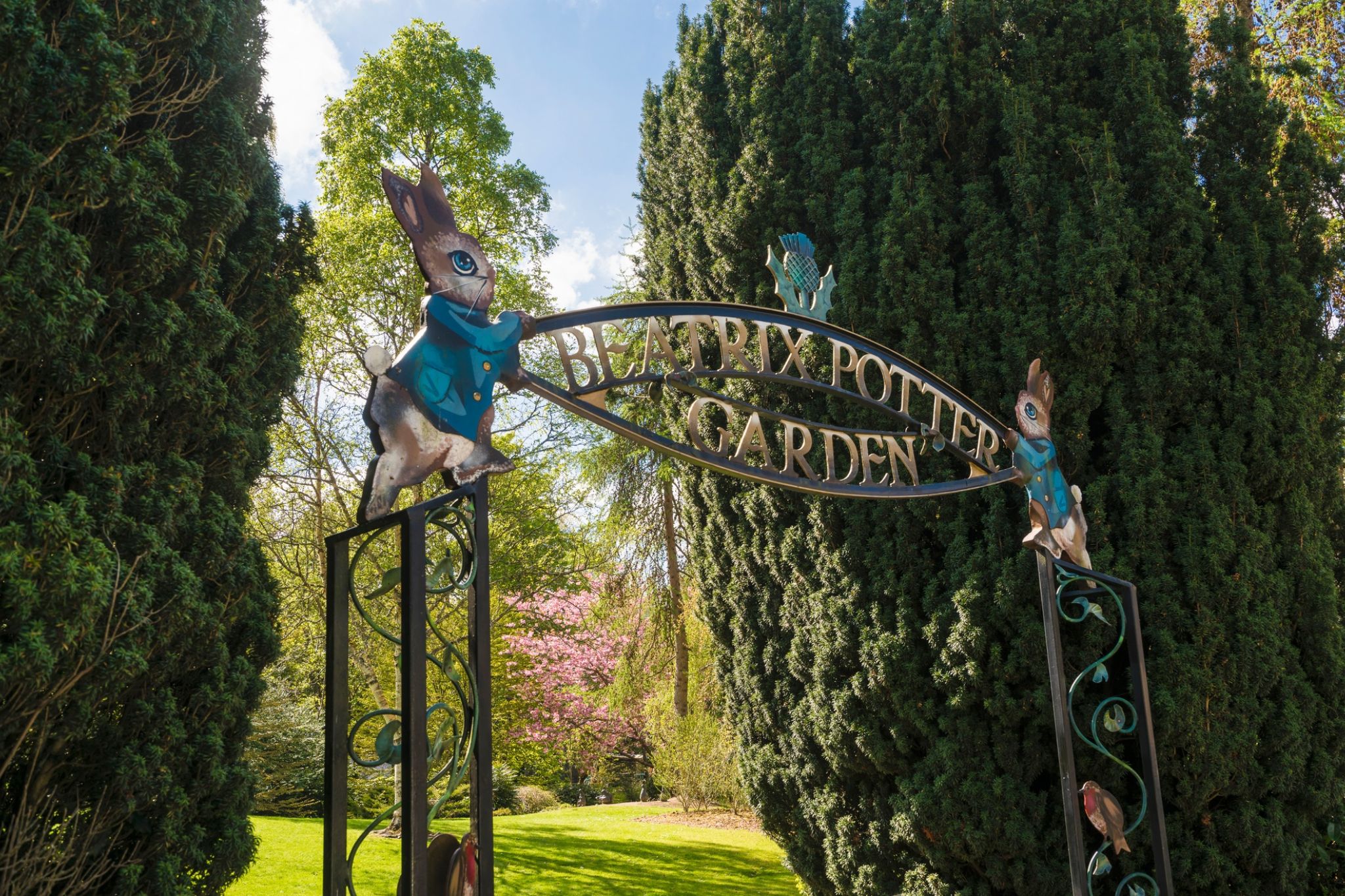 Dunkeld & Birnam and the surrounding area is a great place to spend a holiday in Scotland. Children’s author Beatrix Potter spent many happy summers here in Perthshire as a child, and the area is thought to have fed into her work. The Beatrix Potter Exhibition at Birnam Arts Centre celebrates her links to the area and is a fantastic family day out. Take a walk through the idyllic Beatrix Potter Garden and see if you can find Peter Rabbit himself!

9. Find out about J.M Barrie at Moat Brae 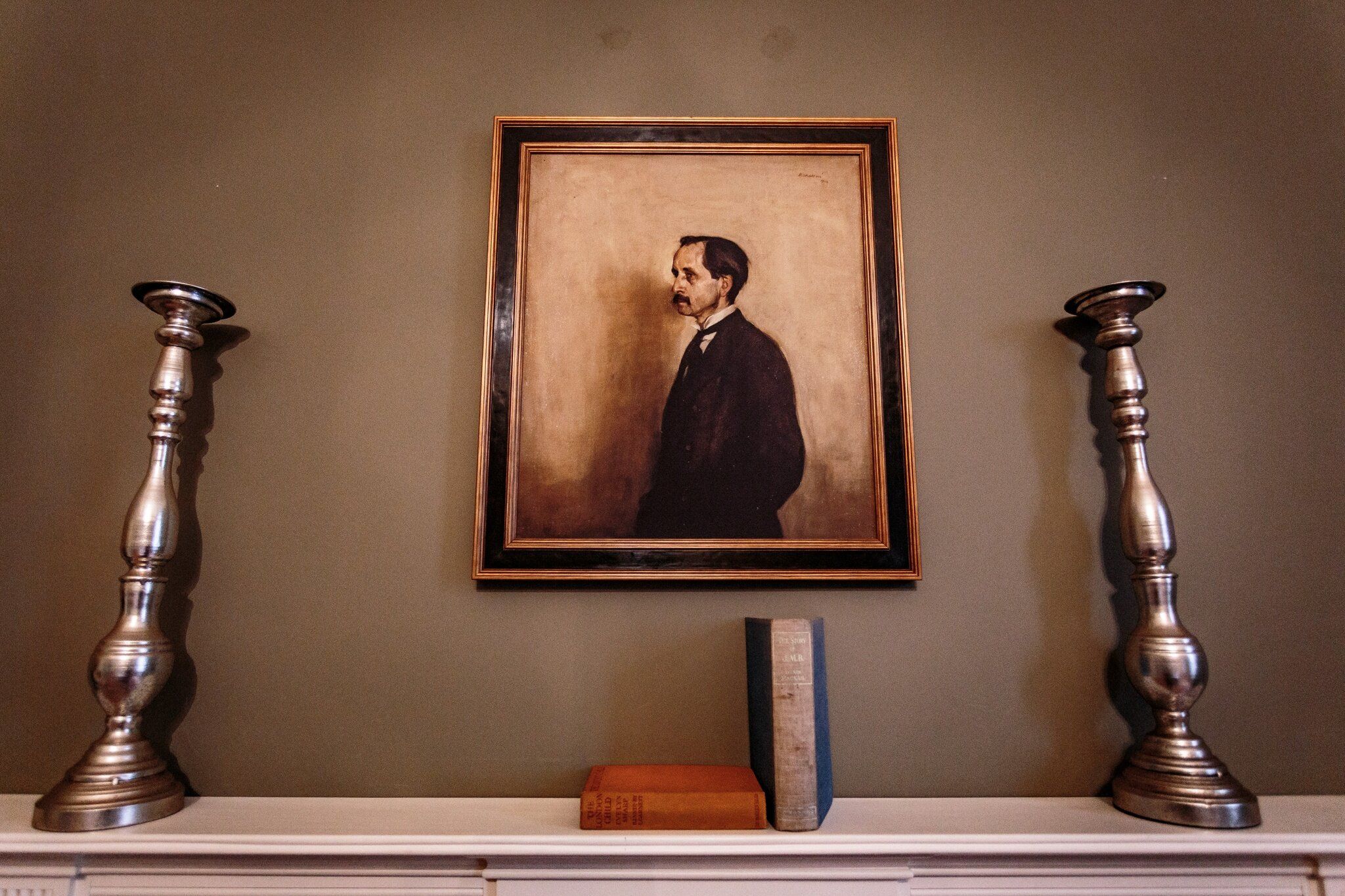 J.M. Barrie lived in Dumfries from 1873 to 1878 before writing Peter Pan. During his time in Dumfries, he often visited Moat Brae and went on to say that the gardens were ‘enchanted lands’ to him that inspired the world of Neverland. Today you’ll find amazing exhibitions and displays that families can enjoy including the Neverland Discovery Garden. Those eager to find out more about Barrie could also tour his birthplace, a traditional weaver’s house in Kirriemuir.

Moat Brae – The National Centre for Children’s Literature and Storytelling 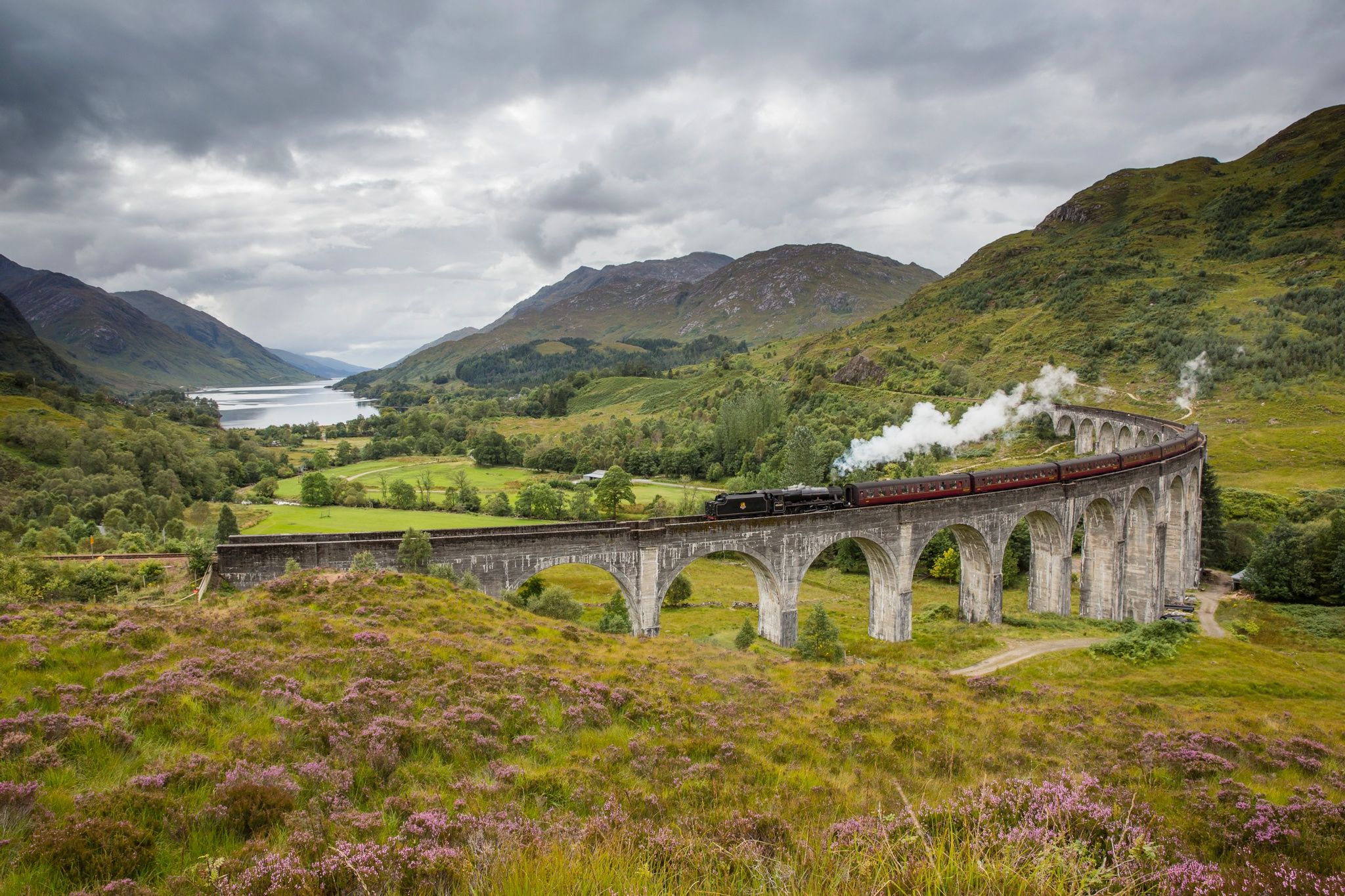 Trace the footsteps of some of your favourite childhood stories and authors along Scotland’s Storybook Trail. From The Gruffalo to The Wind in The Willows, and of course Harry Potter, Scotland has been instrumental to the work of many children’s authors. Be sure to stop by the city of Dundee and tour hotspots associated with Beano and Oor Wullie, two of Scotland’s most beloved comics and cartoons. 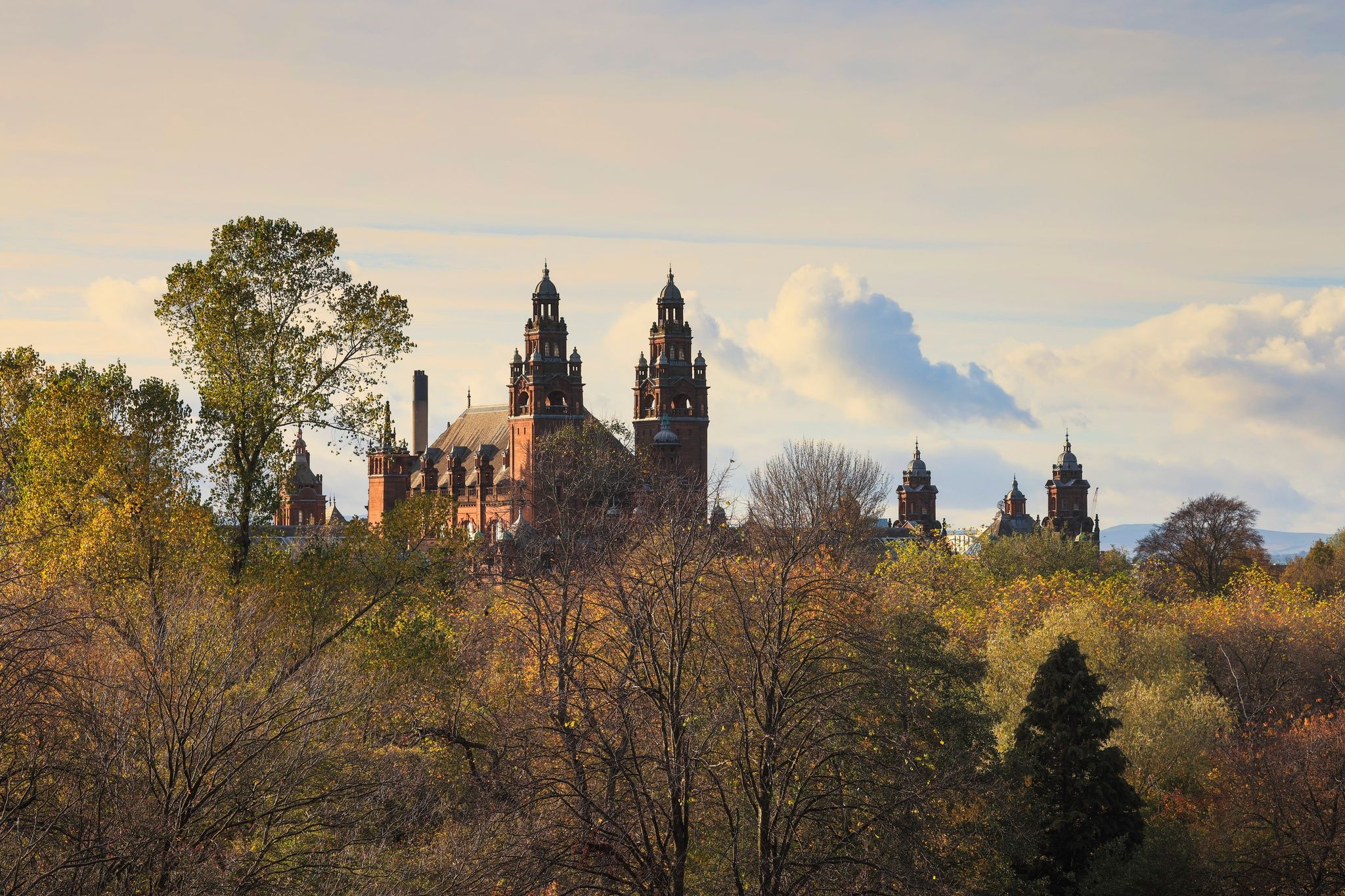 Glasgow is the birthplace of some of Scotland’s most famous writers including Liz Lochhead and Alasdair Gray. It has also been a setting for brilliant novels such as Iain Banks’ The Crow Road, Douglas Stuart’s Shuggie Bain and tense crime thrillers by Denise Mina. Literary must-visits include Glasgow Necropolis, The Glasgow Centre for Contemporary Arts and Glasgow Women’s Library. Tours can be arranged, or you could even attend the Aye Write Festival which takes place annually.

Take a look at local tours in Glasgow

12. Argyll and Bute – A Well of Literary Inspiration 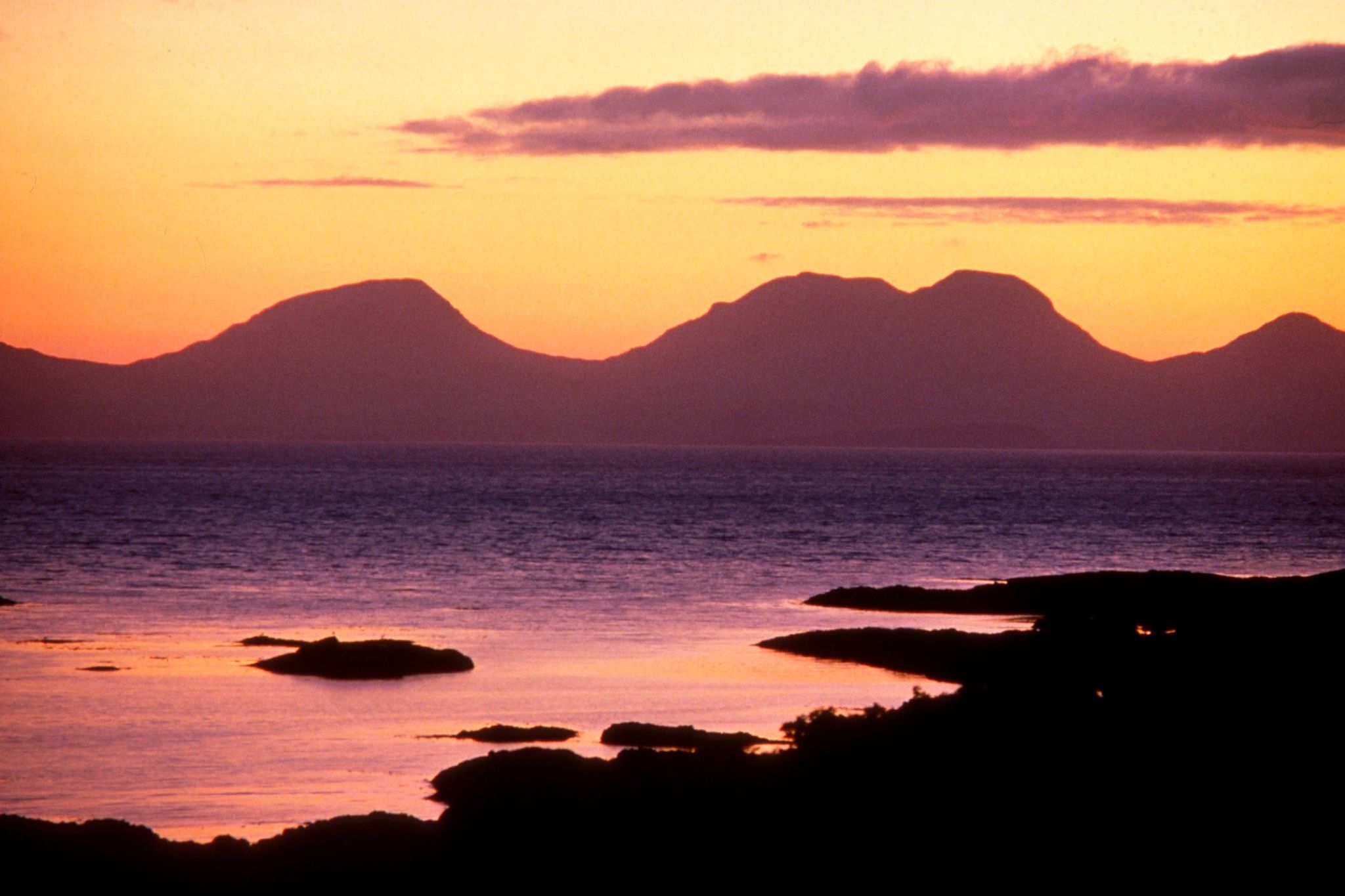 ‘It was the day my grandmother exploded.’ Now that’s a first line. Many will remember this outrageous opening from Iain Banks’ The Crow Road which has the fictional Argyll town of Gallanach at centre stage. Argyll was also influential to 1984, George Orwell’s dystopian classic, which he wrote on the remote Isle of Jura. Many visitors come to this part of Scotland for the landscapes, but it is also the perfect setting for a literary tour. 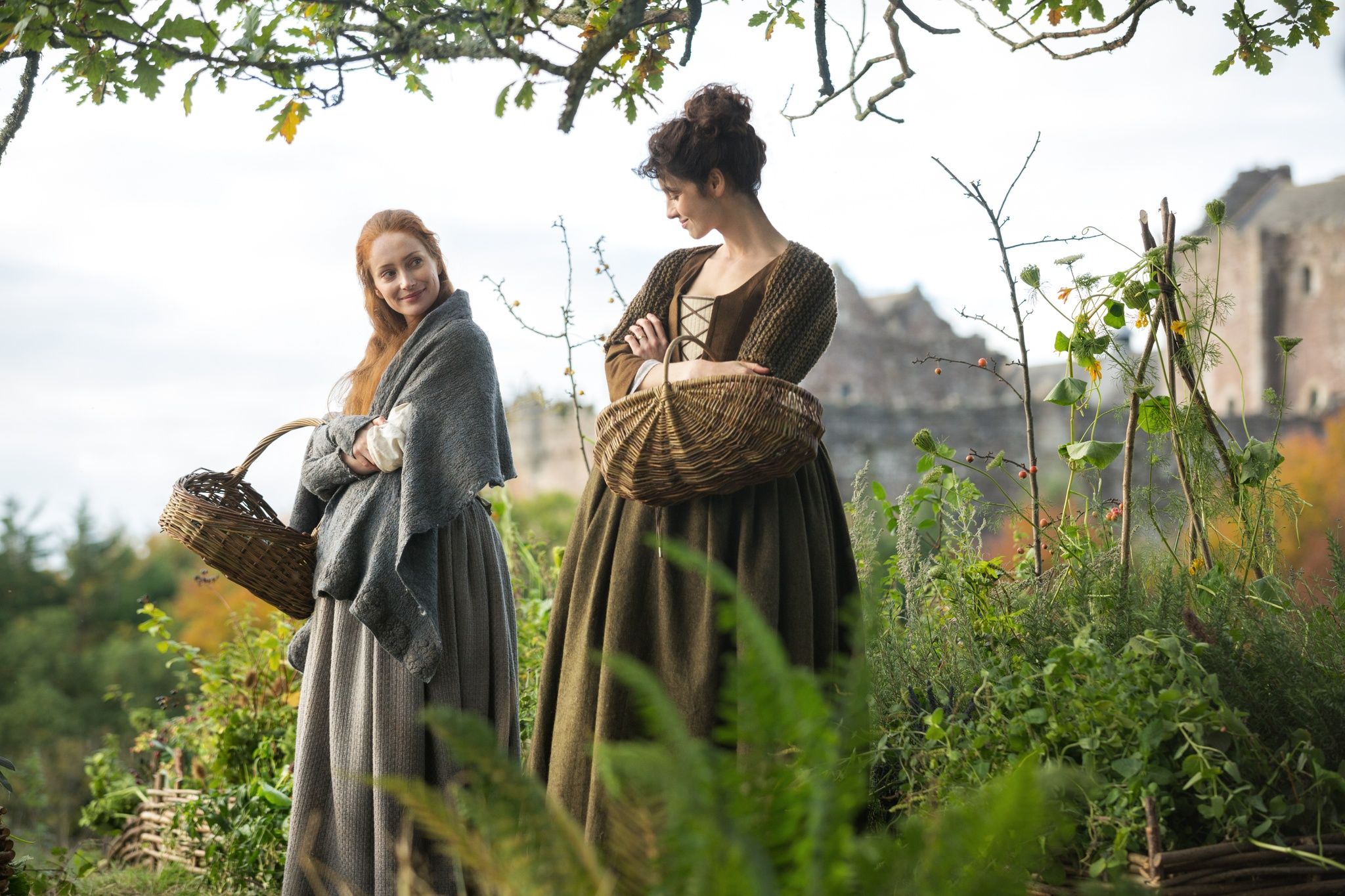 There’s something special about Outlander that makes people want to visit Scotland – the story of Claire and Jamie is truly compelling. There are plenty of tours and knowledgeable tour guides across Scotland that will take you round filming locations from the TV series and the places that inspired the books. From the pretty village of Falkland to the eerie battleground of Culloden, you will experience many familiar sites as well as hidden gems.

Find out more about the history behind Outlander

14. Literary connections in Aberdeenshire and the northeast 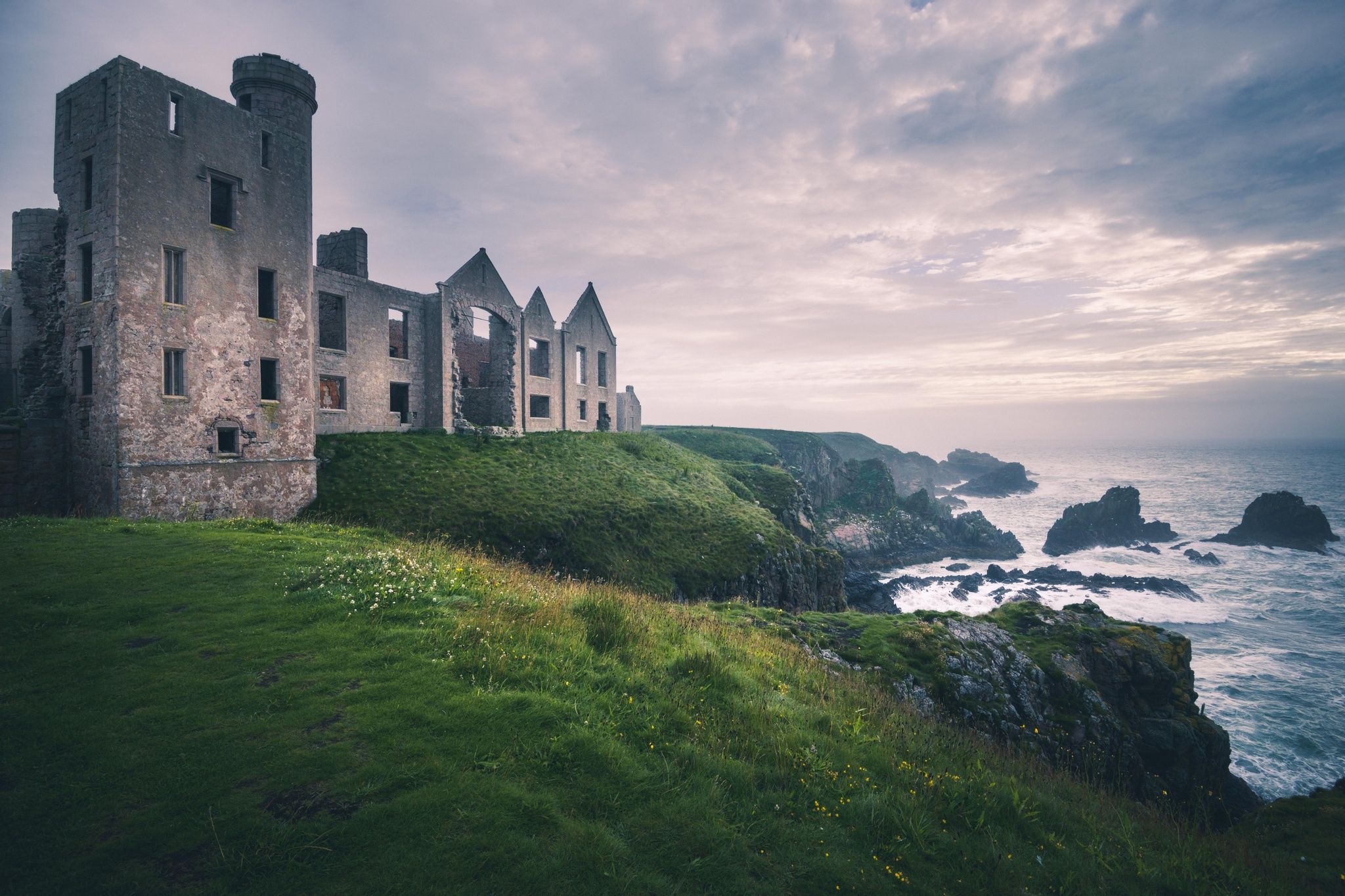 The northeast of Scotland is sometimes overlooked as a literary destination, but there are some definite must-visits. For example, the Grassic Gibbon Centre in the Mearns countryside tells the story of James Leslie Mitchell, author of Sunset Song – named the best Scottish novel of all time. You could also visit the area around Cruden Bay, which is thought to be the inspiration for Bram Stoker’s Dracula.

Read more about literary culture in the northeast 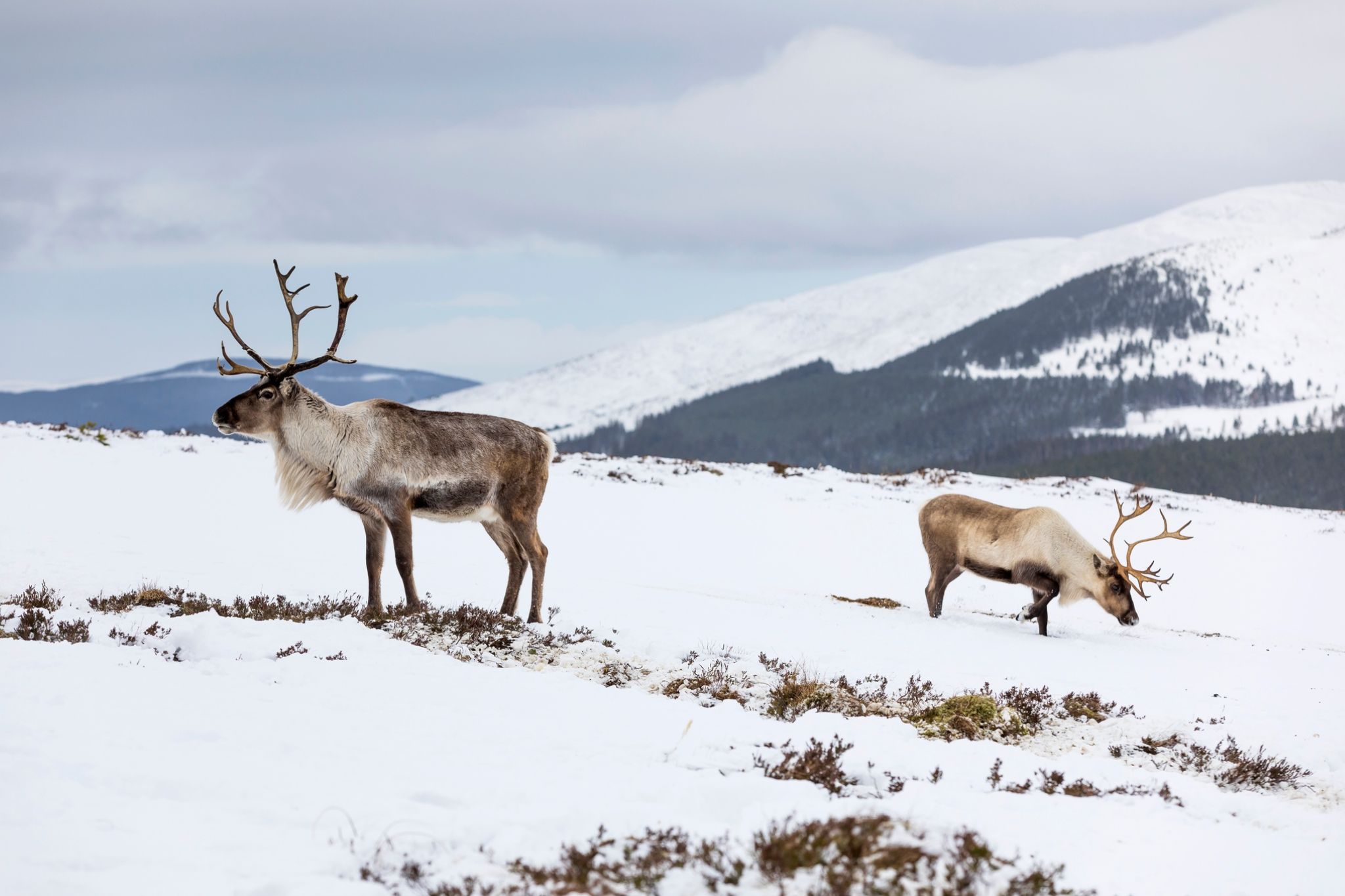 Travelling to the Highlands is always exciting, as there is so much to explore. Many writers have found solace in the hills and landscapes of this iconic part of Scotland. Why not base your trip around a great book? You could visit the Cairngorms through the eyes of Nan Shepherd. Her book The Living Mountain describes her journeys into the hills in unique and lyrical style. Or you could visit Dingwall, the setting for Neil Gunn’s tale of life at sea The Silver Darlings. The Highlands also feature in Walter Scott’s Waverley novels, as well as the poems of Norman MacCaig.

Stories, books, poems and the arts are a vital part of Scottish culture and every community has a different tale to tell. Here are more of our blogs on arts and culture: