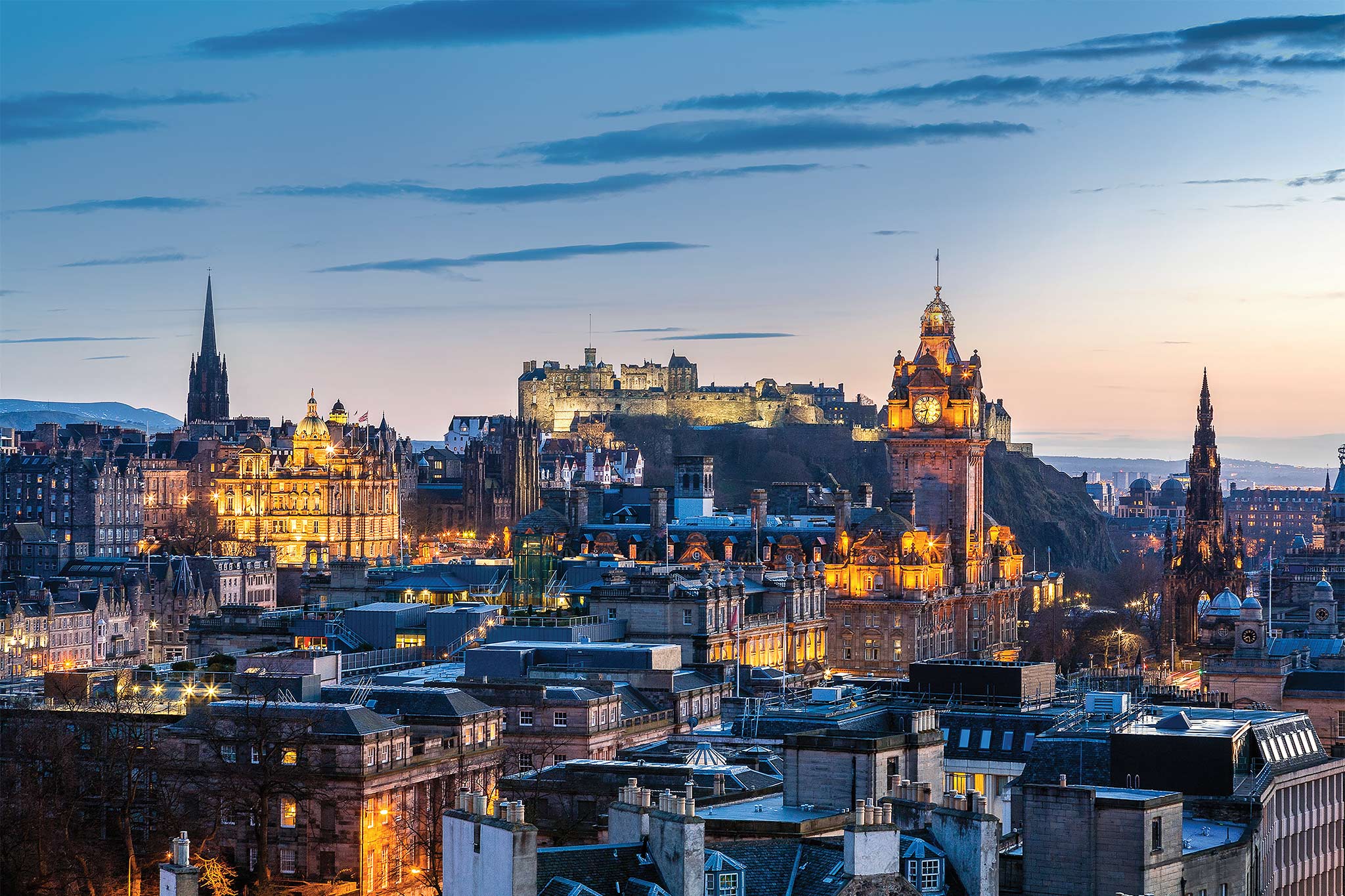 Ladies and gentlemen, lads and lasses, we are about to go on a journey through time and space, into the misty realms of imagined Scotland. In this very literary post you’ll find a bumper list of books to inspire you on your next trip.

Scottish literature is a bit like the Scottish weather – constantly shifting, sometimes gloomy, gloriously sunny in spells, and always an adventure! Expect the unexpected and you should be alright.

No matter how brief your visit, luckily you can always keep a slice of Scotland with you in your pocket with a good book. Whether you like classic or contemporary fiction we have your holiday reading covered. And where better to enjoy a good Scottish book than Scotland itself? Start planning your holiday today!

Looking for a fast-paced adventure by one of Scotland’s best prose stylists? Kidnapped is set in the wake of the Jacobite Rebellion of 1745 and is narrated by orphaned teenager David Balfour. An ill-fated meeting with his Uncle Ebenezer leads to the young David being kidnapped and shipped off to America. Along the way he meets the charismatic Alan Breck Stewart who leads him on a host of adventures. Locations featured in the novel include the Outer Hebrides and Edinburgh.

Set in 1930’s Edinburgh, a group of 10-year-old girls begin instruction with Miss Jean Brodie, a teacher who memorably claims she is in her ‘prime’. Miss Brodie’s charm, glamour and unorthodox teaching style impresses the girls, but these qualities will eventually cause her problems too. Full of bittersweet action and sharp wit, this Scottish classic may be short, but it definitely packs a punch.

An enduring and sometimes unflinching portrayal of rural life, Sunset Song is widely regarded as a classic Scottish novel. The book is divided into chapters that reflect the cyclical farming year, tracking the development of Chris Guthrie. As Chris changes over time, so does the local community and landscape that surround her. The action takes place over the early years of the 20th century, a time when traditional ways of life were fading away. Author Lewis Grassic Gibbon, born James Leslie Mitchell, was strongly influenced by his life in the Mearns area of Aberdeenshire. 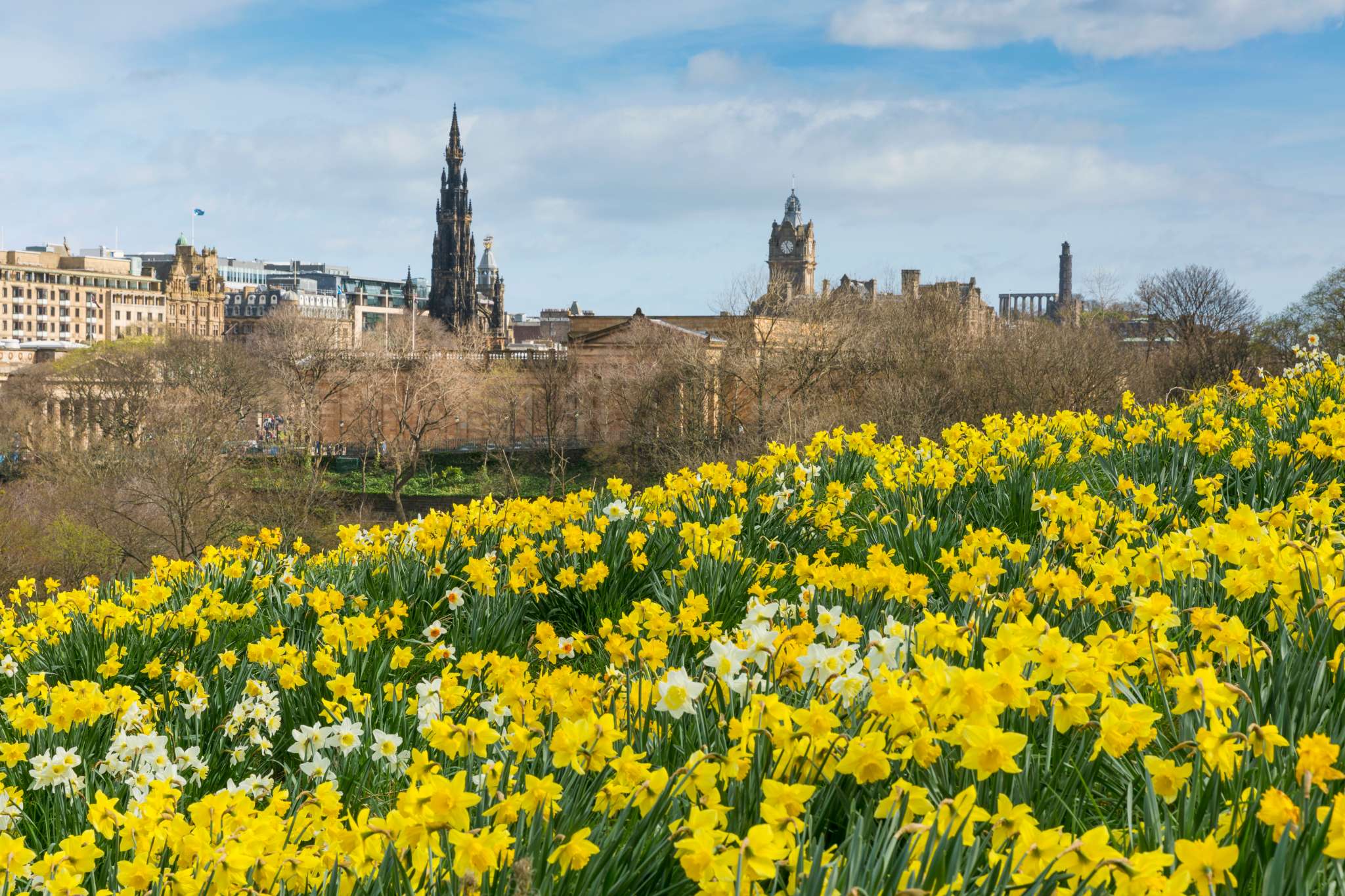 This novel met with unprecedented success when it was published over 200 years ago, and almost singlehandedly invented the historical fiction genre. It follows a young Englishman, Edward Waverley, on his journey into a world of Highland romance. It is generally seen as the first great Scottish novel, and its author, Walter Scott, is a national treasure. In fact, we love him so much that we built a huge monument to him in the heart of the capital, Edinburgh.

Set during WWII, the inhabitants of Great Todday and neighbouring Little Todday (fictional Hebridean islands) love a drop of whisky. So, naturally, when the water of life starts to become scarce on the islands they are more than a little unnerved. Imagine their surprise when a ship containing thousands upon thousands of bottles of the spirit founders off the coast. The islanders hatch a plan to liberate the whisky and outwit the islands’ Home Guard. Inspired by the author’s time on Barra, this gentle and occasionally acerbic look at life on the islands is full of laughs, the perfect book to accompany a quiet dram.

Scottish literature is full of memorable characters, none more so than Peter Pan, the boy who never grew up. The author, JM Barrie, was born in Kirriemuir and educated in Dumfries before moving to London, where he wrote his most successful work. The book charts the adventures of Peter Pan, The Lost Boys, Wendy and her brothers in Neverland. Perhaps just as famous as Peter himself are the characters of Captain Hook and the fairy Tinker Bell. This story has been adapted so many times that it is great to go back and read the original.

A post shared by The Very Secret Diary (@cokgizligunce)

So, you probably know a bit about the boy wizard and his adventures (if you don’t, what’ve you been doing for the last two decades?!). But perhaps you didn’t know that JK Rowling started writing the books in an Edinburgh coffee shop. You could say that the novels are imbued with the spirit of Scotland, indeed the movie versions of the novels feature a host of Scottish landscapes and locations. Want to find out more? Check out our Harry Potter Film and Book Locations Itinerary. Harry Potter is an honorary Scot! 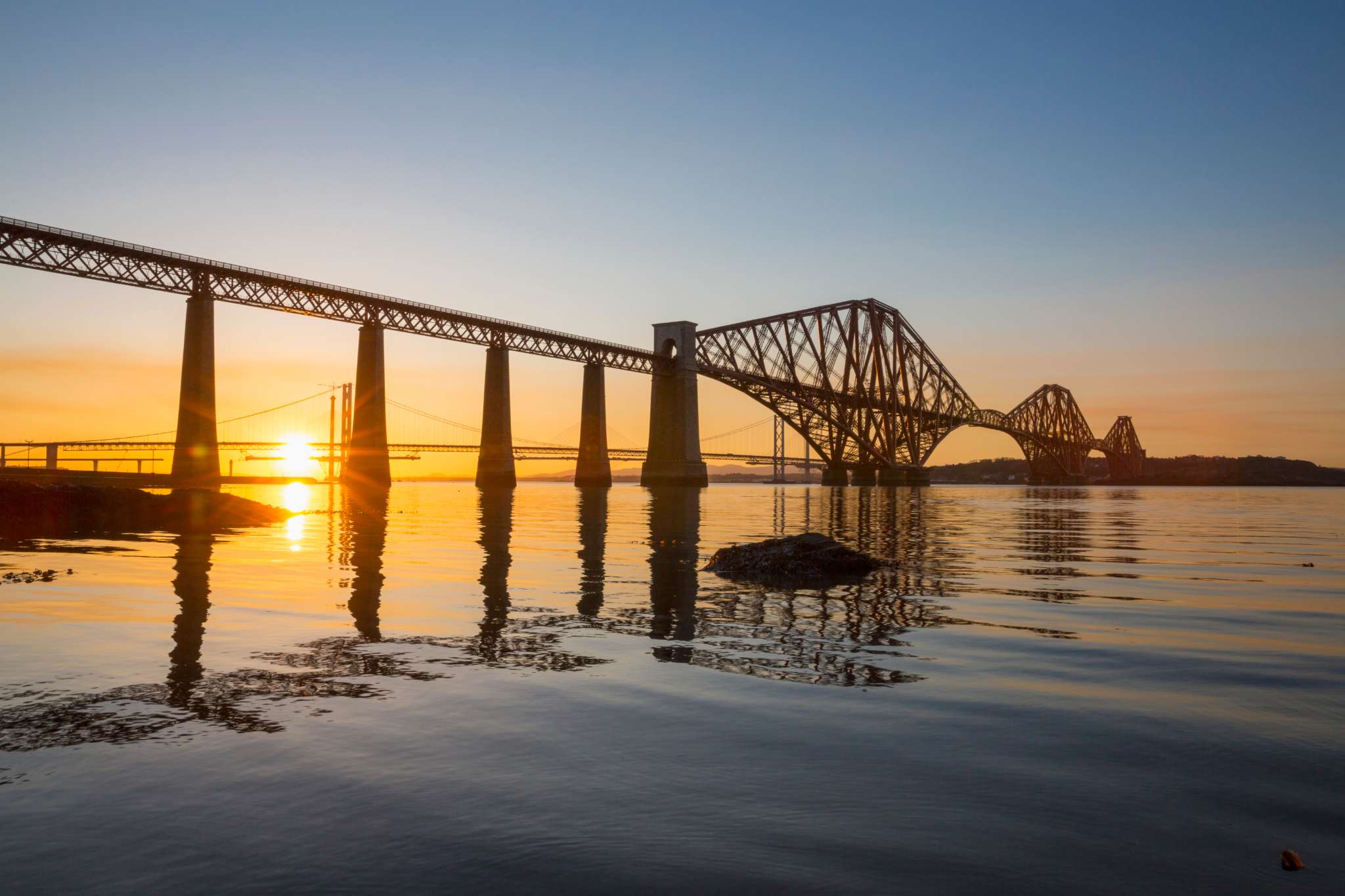 If you like sci-fi, dark Scottish humour and big, bold books then you will love prolific novelist Iain Banks. One of the most imaginative writers of his generation, Banks published both mainstream and science fiction novels during his career. The Bridge fits somewhere in between these two genres, switching between three protagonists in both the real world and a parallel world where everybody lives on a never-ending bridge. For much of his life Banks lived near the Forth Bridges, which evidently influenced this book. In 2013, The Bridge was named the nation’s favourite novel in a Scottish Book Trust survey.

A post shared by Nela | half 🇩🇪/ half 🇺🇸 (@books_for_nela)

In a chaotic and busy world, it’s nice to know you can turn to a good book for comfort and a few laughs. 44 Scotland Street is just such a book, full of colourful characters and warm humour. A serial novel, first published in instalments in The Scotsman newspaper, 44 Scotland Street follows the lives of a group of Edinburgh neighbours. Love triangles, a lost painting, intriguing new friends, and an encounter with a famous Scottish crime writer are just a few of the ingredients that add to this delightful and witty portrait of Edinburgh society.

This much-loved series begins in 1946, when a young Englishwoman named Claire Beauchamp Randall travels to the Scottish Highlands with her husband, Frank. One day Claire goes out walking by herself and comes across a circle of standing stones. She walks through a cleft stone in the circle… and disappears. She wakes up in 1743, where the first person she meets is a gentleman in an 18th-century army officer’s uniform. This gentleman, Jack Randall, looks just like her husband Frank—and proves to be Frank’s six-times-great-grandfather.  Now a hit TV series, if you want to be swept away into another time, then these are the books for you. Already a fan? Check out our 12 day Outlander itinerary.

One Fine Day in the Middle of the Night – Chris Brookmyre

Glasgow-born author Chris Brookmyre’s books mix comedy, politics and social commentary with razor sharp plots. One Fine Day in the Middle of the Night is the story of a school reunion that gets hijacked by a bunch of hapless terrorists. Set on an oil rig, this wacky book was inspired by the movie Die Hard. Expect broad humour and a bucket load of one-liners.

John Rebus is one of the most enduring characters in crime fiction, first appearing in Knots & Crosses in 1987. After more than 20 novels we’ve got to know this hard-bitten detective and the city he lives in quite well – as Edinburgh is the other great character in these books. If you like a murder mystery with a Scottish edge then these books will be right up your street. Often painting an uncompromising picture of life in the capital, the Rebus books will take you beyond the picture-postcard sights.

This cult novel explores the darker side of Scottish urban life in the late 1980s. The first novel by Edinburgh author Irvine Welsh, it follows the lives of a group of heroin users. Despite its heavy subject matter and unusual episodic style, the book appealed to a wide readership. The book’s phenomenal success was helped by a film adaptation released in 1996, directed by Danny Boyle.

Val McDermid is one of Scotland’s most successful crime writers and in this novel we find typically dark and twisted subject matter. The Mermaids Singing explores the psychology of abduction and is the first outing for McDermid’s long-running characters Tony Hill and Carol Jordan. Check out our latest video interview with the author.

One of the best things about Scottish writing is the humour and you’ll find plenty to laugh about in this debut novel by Gail Honeyman, some of which is set in Glasgow. But it’s also the touching story of a lonely heart who can’t quite seem to fit in. The reasons for Eleanor’s isolation are gradually revealed throughout the novel and as the book progresses, she begins to build meaningful connections with others. Will there be a happy ending for Eleanor? You’ll have to read the book to find out!

In the late 1980’s two young lads from a Scottish town form a friendship based around music, films and rebellion. Years later, one of them has some important news for the other. What unfolds is a life-enhancing story about love, death and friendship. Some will recognise the Scotland of their youth in the scenes set in Ayrshire – and the music of the time too.

Want to find out more about Scottish arts and culture? Check out our Scottish literature page, learn more about the Scots language or take a look at our TV & Film Locations itinerary?