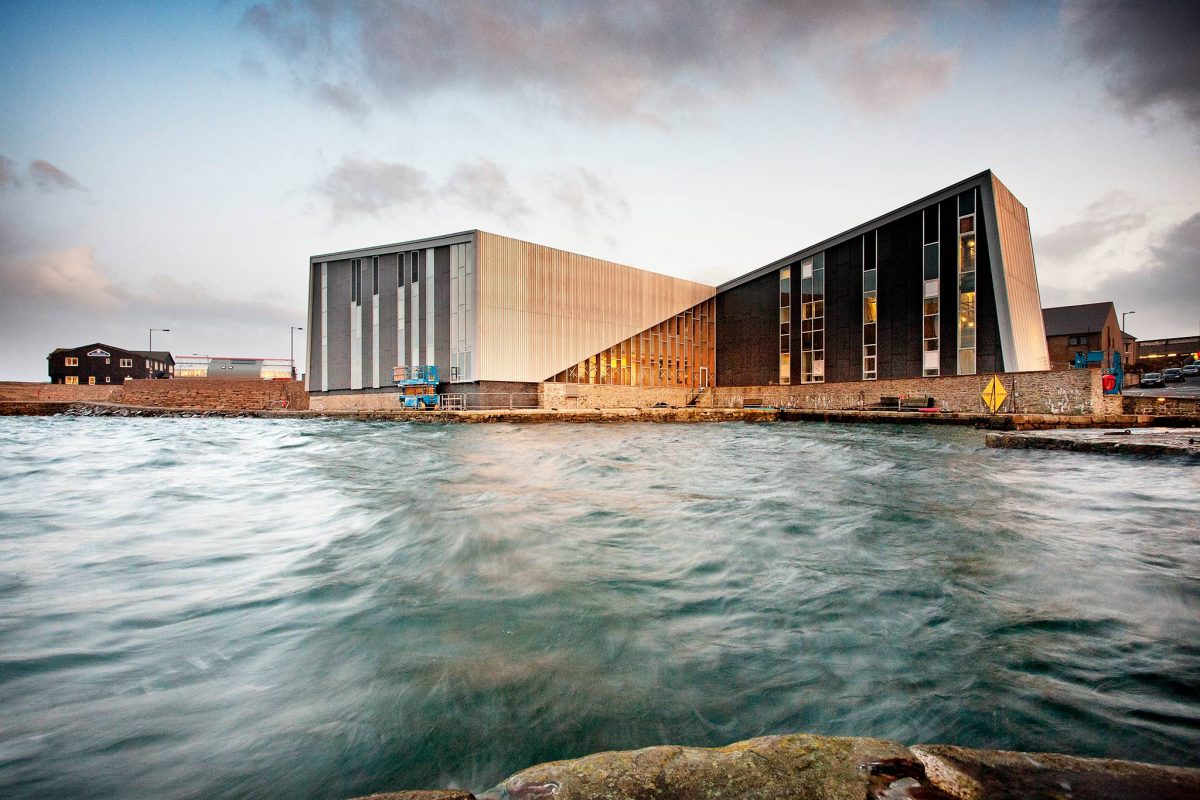 Take a break from your soulless local multiplex with and discover the warm, dark embrace of the independent cinema. Scotland has an impressive cinematic heritage that is matched by our insatiable appetite for all things celluloid. So it comes as no surprise to discover just how many unusual Scottish cinemas there are out there. From beautiful period buildings almost as old as cinema itself to a travelling pop-up, discover a movie venue with a difference this autumn.

Step back in time to the dawn of motion pictures at this gorgeous Art Deco building located in the sleepy town of Bo’ness near Edinburgh. Scotland’s oldest purpose-built cinema, the Hippodrome was restored to its original glory in 2009 and now boasts a state-of-the-art sound system and projectors. In honour of this unique status it hosts its own Festival of Silent Cinema every year.

Ever dreamt of owning your own private cinema in the comfort of your own home? Make that dream a reality for one night only at the Dominion Edinburgh. Recline in the luxuriant black leather armchairs which adjust at the touch of a button in the exclusive Red Star Screening Room.

A nostalgic throwback to when Rothesay was a wildly popular holiday destination for Victorian holidaymakers, it is a little known fact that tucked behind Rothesay Winter Gardens lies the bijou Discovery Cinema. Join the Bute Film Club here during the winter for art-house screenings.

It’s not often you step out of a cinema to see seals swimming or seabirds fishing, but you can at  Mareel in Shetland. Overlooking Lerwick’s waterfront, this strikingly designed purpose-built arts centre is the most northerly of its kind in the UK. It also plays host to the annual Screenplay festival curated by esteemed film critic Mark Kermode and film historian Linda Ruth Williams.

Exuding a faintly grandiose opulence more befitting an opera house than a cinema, a trip the Cameo is always a treat. One of the first places in the city to expose post-war audience to the exotic world of foreign cinema, it remains a firm favourite among film buffs including Pulp Fiction director Quentin Tarantino.

Housed inside a distinctly windowless building, the Glasgow Film Theatre occupies a special place in Glasgow’s cultural history. The first purpose-built arts cinema in Scotland, the ‘GFT’ as it is affectionately known, is home to a thriving community of dedicated cinephiles and the ever-growing Glasgow Film Festival.

An island setting, candle-lit tables, and the hushed atmosphere of a former church – you don’t get a much more intimate cinema-going experience than at West Side Cinema. As well as screening short films alongside every feature one, this volunteer-run cinema is dedicated to unearthing hidden gems that ordinarily go unnoticed by audiences. A must for the discerning film lover.

A pop-up cinema unlike any other, Screen Machine is an 80-seat, air conditioned mobile cinema which brings Holywood to the Highlands and other remote locales and rural areas of Scotland, touring more than 40 communities for ten weeks at a time.

Situated on one of Aberdeen’s trendiest streets, you wouldn’t think to look at the Belmont Filmhouse’s modest entrance that it contains a three-screen cinema and café-bar. Proudly alternative, it offers choice of films that is as eclectic as its popcorn flavours. Goat’s cheese and pepper anyone?

At the one and only cinema in St Andrews you can enjoy a film from the best seats in the house – the front of the balcony. Built in 1931, the New Picture House is more like a theatre than a cinema. But while it retains many of its period features, it doesn’t scrimp on modern comforts or conveniences, including spacious, electronically adjustable seating and automated ticketing machines.

The Perth Playhouse was built way back in 1933 in what was believed to be a record-breaking nine weeks. Although it has since been redeveloped to hold seven screens including an IMAX – the first independent cinema in the UK to have one – it is still brimming with plenty of character. Thanks in no small part to the adjoining City Café with its hip décor and excellent selection of craft beers and coffee.

The community-owned Oban Phoenix Cinema is labour of love for the people of Oban. Dismayed at the closure of the Highland Theatre in 2010, the community, backed by the star power of Judi Dench, Tilda Swinton, Robbie Coltrane and others, launched a campaign to have it converted into a cinema. It now boasts a sleek, modern auditorium equipped with and first-class sound and lighting system as well as digital projection in 2 and 3D. Not bad for a wee picture house!

Scotland’s most southerly cinema isn’t a cinema in the traditional sense. Held in the town hall of the Isle of Whithorn, this community cinema is funded and organised by Machar Movies with screenings held fortnightly each Saturday from September to April.

Currently undergoing an ambitious restoration, Campbeltown Picture House is set to be resurrected as one of Scotland’s finest picture palaces when it reopens in the spring of 2017. Boasting a striking Glasgow School Art Nouveau edifice, its interior is a rare example of the ‘atmospheric style’ that was fashionable in the early 20th century. Moviegoers can look forward to watching a film in auditorium meticulously created to resemble the courtyard of a medieval castle with a starry sky in place of a ceiling.

Scotland’s cinemas are among some of the most interesting and significant architectural works in the country. Explore more of Scotland’s rich built heritage during the Year of Innovation, Architecture and Design 2016.

Going to cinema is great. But don’t spend all your time glued to the big screen. Get your cultural fix at these other great attractions and actually visit the places in Scotland made famous by film. Learn more about how Scotland has been used as a film and TV location and start planning a jet-setting break today.