Scottish travel writer Robin McKelvie is a man who knows a thing or two about food in Scotland. Over the years Robin has experienced the very best of Scotland’s culinary offerings from all corners of the country. More recently, he has been lucky enough to share some of these wonderful foodie experiences with his family, introducing a new generation to the many delights that Scotland has to offer. Robin has shared four of his favourite family foodie experiences with VisitScotland, many of which combine spectacular settings and scenery with food that’s every bit as remarkable.

“What’s a foodie daddy?” asks my five-year-old daughter Emma as we ease out of the drive on a 1,000km week-long foodie odyssey around Scotland. I stumble to define it exactly, replying, “it’s someone who loves food and both cares about where it comes from and how it’s cooked”. As she sinks into thought I hope for my sake, as well as theirs, that my two daughters take to a foodie holiday where we will forage for food and dine in Michelin star restaurants.

I’ve always been interested in food and, as a travel writer, have savoured myriad gastronomic delights in my travels to more than 100 countries. I can say hand on heart that Scottish produce is up there with anything else I’ve come across, from the rich bounty of seafood in the waters around the mainland coast and Scotland’s 800 or so islands, through to world famous Aberdeen Angus beef and wild venison. Then there are the world class soft fruits and cheeses that are up there with France’s finest. 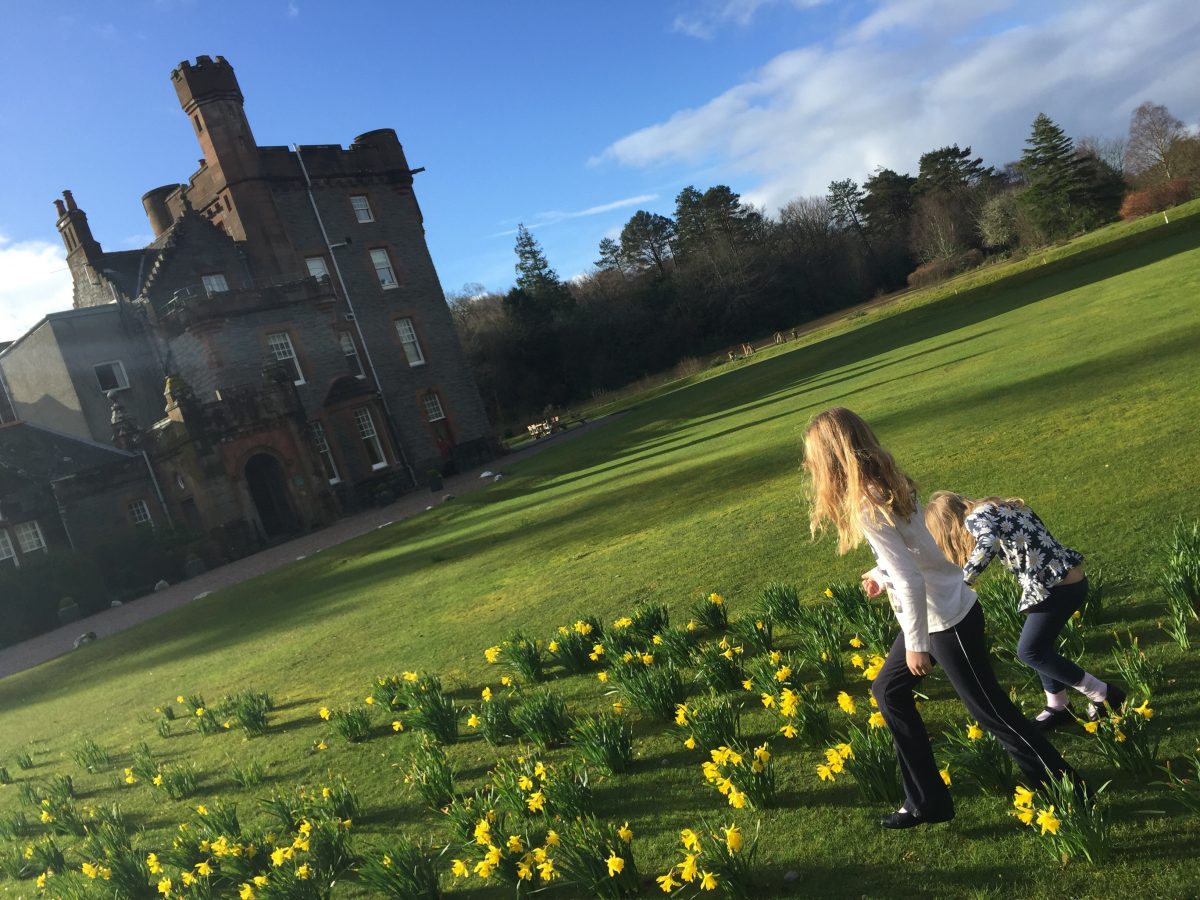 Since they were born I’ve tried to share my passion for food with my wee girls – Emma and her 7-year-old sister Tara. Not because someone suggested I do on a TV programme, but because I think getting them to think about what they eat and where it comes from at a young age is really important. So we find ourselves rattling over the bridge on to the Isle of Eriska Hotel, Spa & Island. This private island hotel and Michelin star restaurant are the first stop on our quest.

A private island is the ideal place for kids before their first Michelin star dinner. My wee girls burn off all their energy in the massive grounds and swimming pool, before popping on their new dresses for the “grown up restaurant”. I had worried they would be disruptive or out of place, but instead, encouraged by the switched on waiters, they are genuinely interested in the food. We ask the chef to ease off the more intricate sauces, to focus more on the quality meat and fish. It works. After finishing off her evening with two choices from the cheese trolley (the girls love the idea of a cheese trolley!) Tara tells the maître d’ that “Eriska deserves two Michelin stars, one for fancy and one for family!”. 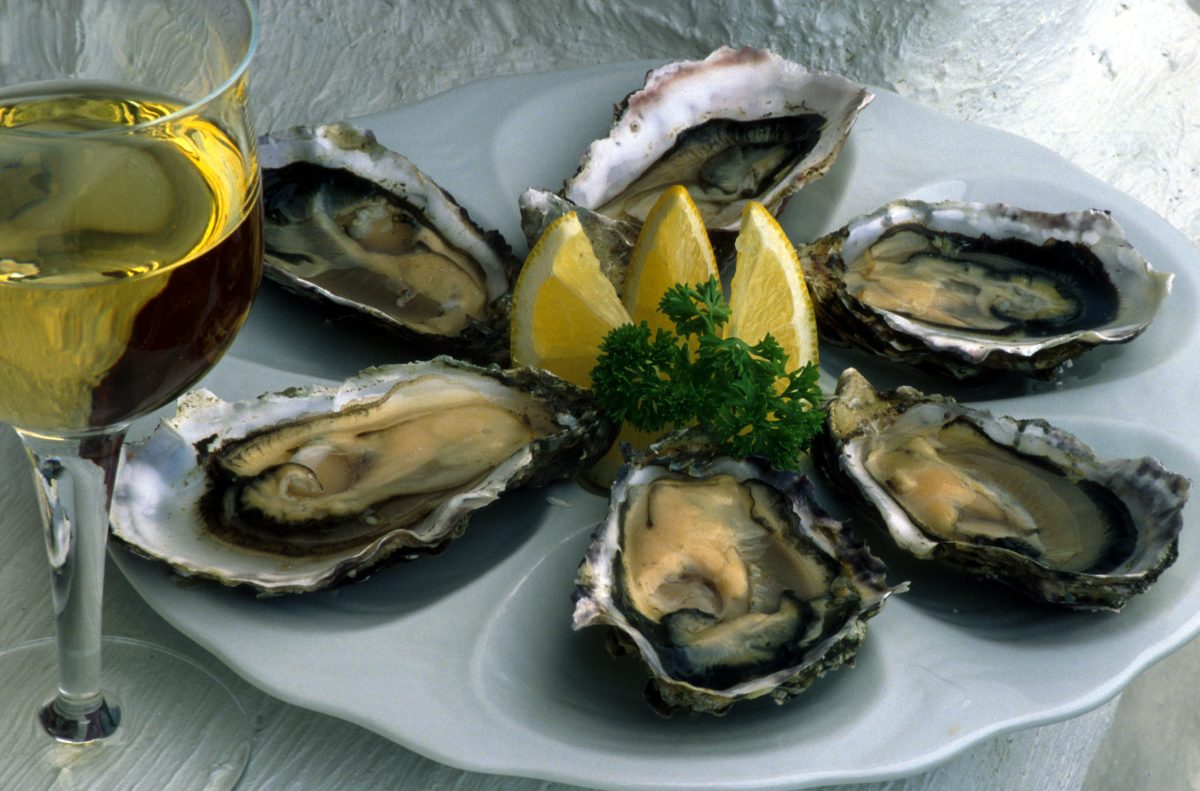 A platter of Oysters at the Three Chimneys Restaurant, Colbost, Dunvegan, Isle of Skye | Photo by Paul Tomkins / VisitScotland

2. The Three Chimneys on the Isle of Skye

Flushed in a foodie glow we forge north through ever more impressive scenery in search of the Isle of Skye. Our destination is the famous Three Chimneys, the life’s work of one of my food heroes, Shirley Spear. I first met Shirley back in the 1990s when the remote renovated croft she had turned into a restaurant was just making a name for itself with Shirley in the kitchen. Things have moved on over the years. Under Michael Smith the Three Chimneys won a Michelin star and now exciting young chef Scott Davies is the man making things happen in the slick, modern kitchen that hides behind the old stone walls.

My girls are instantly charmed by The Three Chimneys. We are staying in one of their ‘House Over By’ rooms, which the girls declare are “like a fairytale”. They find the candlelit dining room equally cosy. They tuck into Soay lamb and pork with Skye langoustines. Tara is becoming a cheese connoisseur and chooses two French and two Scottish cheeses. 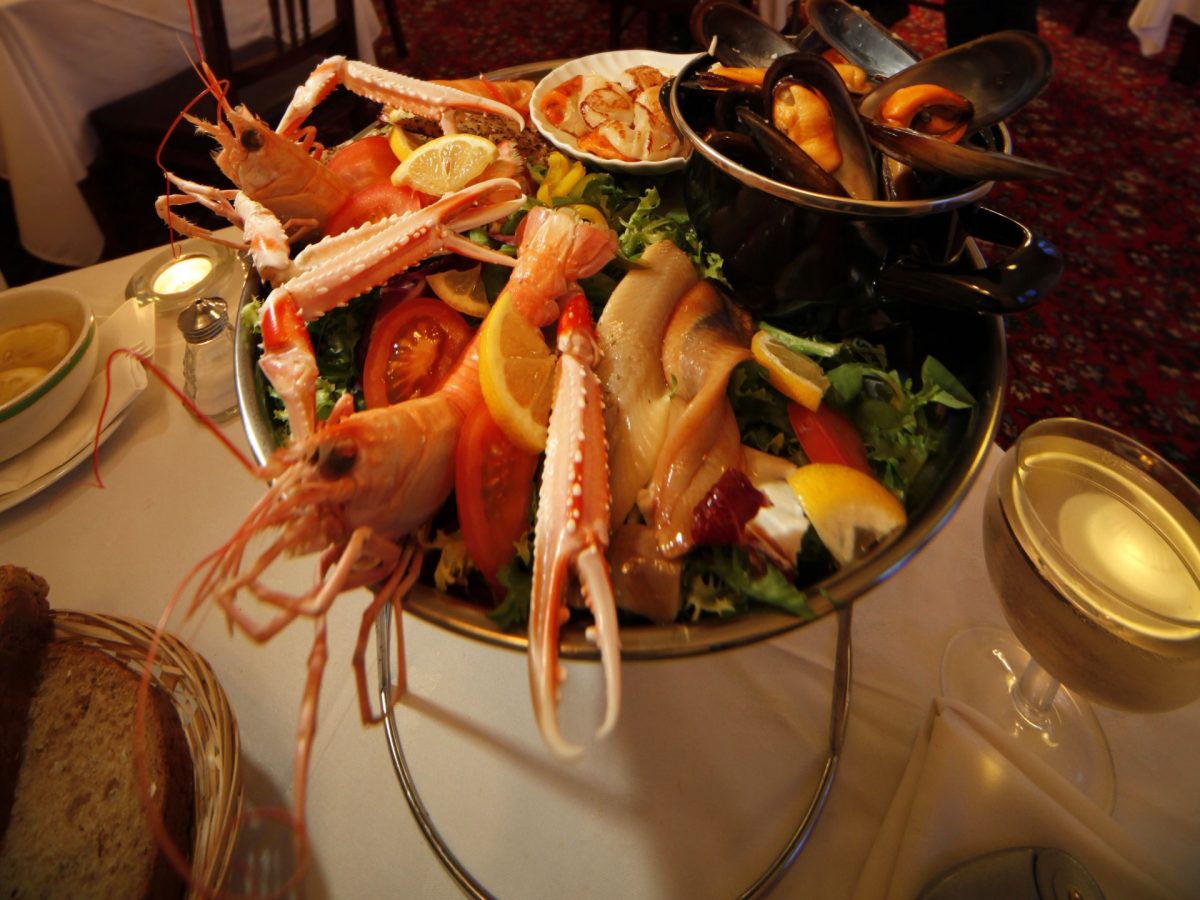 3. Foraging and Cooking up a Feast on Harris

The next morning it is time to board a ferry to Harris. By now we are into our foodie stride and Tara asks the staff in the onboard restaurant if “they have any fishes from Skye?”. They don’t, but they do have fresh cod from Barra just across the Minch. She is delighted.

On Harris we eschew fancy restaurants and self cater. I aim to bring the girls closer to understanding where food comes from. After a drive through wildlife rich North Harris we pick up wild Harris venison burgers and steaks, plus homemade bread in Tarbert. We amble around snaring goodies as we go, including flaky smoked salmon from South Uist, oatcakes from Stornoway, as much produce as we can from the Outer Hebrides. The girls really get into this foodie treasure hunt.

Our first meal is a sheer Hebridean feast, enjoyed with a sweeping view over the Sound of Harris. Things just get better and better when we hook up with some local fishermen and secure two giant pollack, a tray of live langoustines and a bag of massive mussels. To cap it off the next day the girls and I head out foraging on the sands of Luskentyre after noticing how similar the sands are to the Algarve, where we foraged last year. Sure enough as we dig down we unearth one chunky clam, then another, and another still. The girls scream with delight, then help clean the mussels and clams and are very much part of cooking up this epic feast, which we savour with another epic Hebridean sunset, followed by a stargazing session. 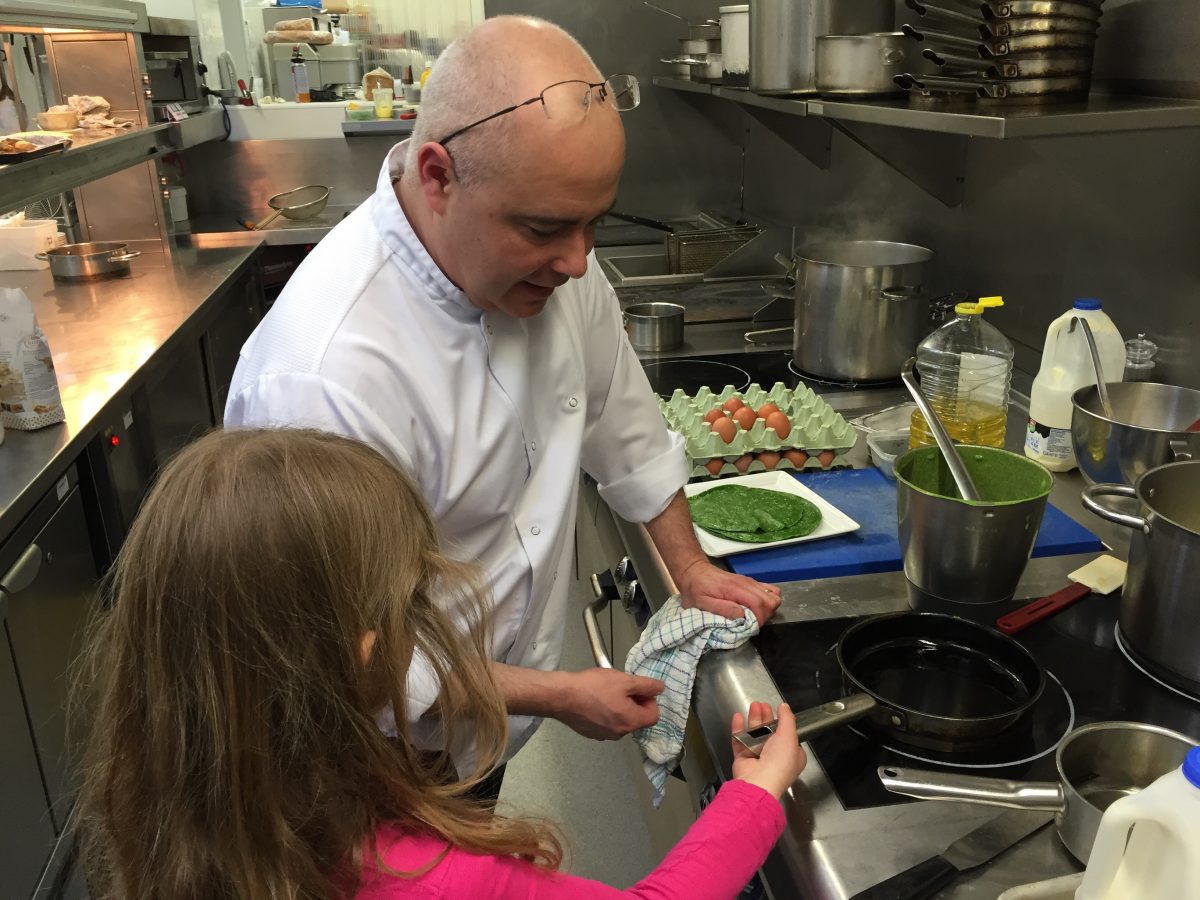 4. Cooking in a Michelin Star Kitchen on Skye

All too soon it is time to head back across the Minch, this time to the Michelin starred Kinloch Lodge, made famous initially by one of Scotland’s great cooks and foodie writers, Lady Claire Macdonald. Marcello Tully is the mercurial talent in the kitchen these days. Not for Tully a hands off approach to guests as we take an opportunity all guests have – booking a morning with Tully and his staff helping out in a Michelin starred kitchen!

I don’t think Tully has seen many wee chefs younger than my girls, but he brilliantly brings them in on the action. Within minutes of arriving we are making bright green pancake batter with spinach and Tara takes a turn at frying her own. The pancakes end up stuffed with the salmon mousse we make too and are served as lunchtime canapés. We then conjure up a crab mousse and chicken and Parma ham bhajis. It is surreal enjoying these with other diners, before we settle in for a Michelin starred feast. The girls’ opt for the Moray pork cheeks served with local monkfish, before enjoying a proper Aberdeen Angus steak.

Heading back home it is time for one last foodie stop at the House of Bruar. My eldest heads straight for the same brand of South Uist hot smoked salmon we enjoyed in Harris, while wee Emma spots the butcher’s counter and asks if they have any ‘tasty venison burgers’. A week after we set off I turn the tables on Emma, reminding her what I’d said about what a foodie meant and asking for her definition. The answer sums up our week: “Foodie means fun daddy” she beams as we prepare to drive home with two new foodies in the family.

16 Little Adventures to enjoy with the family