From thrilling, high-speed RIB trips and serene canal boat journeys that are perfect for a family day out, to epic excursions out to some of the remotest islands in the country, there are a wide variety of boat experiences that are ideal for an unforgettable day trip in Scotland.

Take a look at our pick of 13 amazingly scenic boat tours in Scotland, from short wildlife-spotting excursions to longer Scottish island cruises. 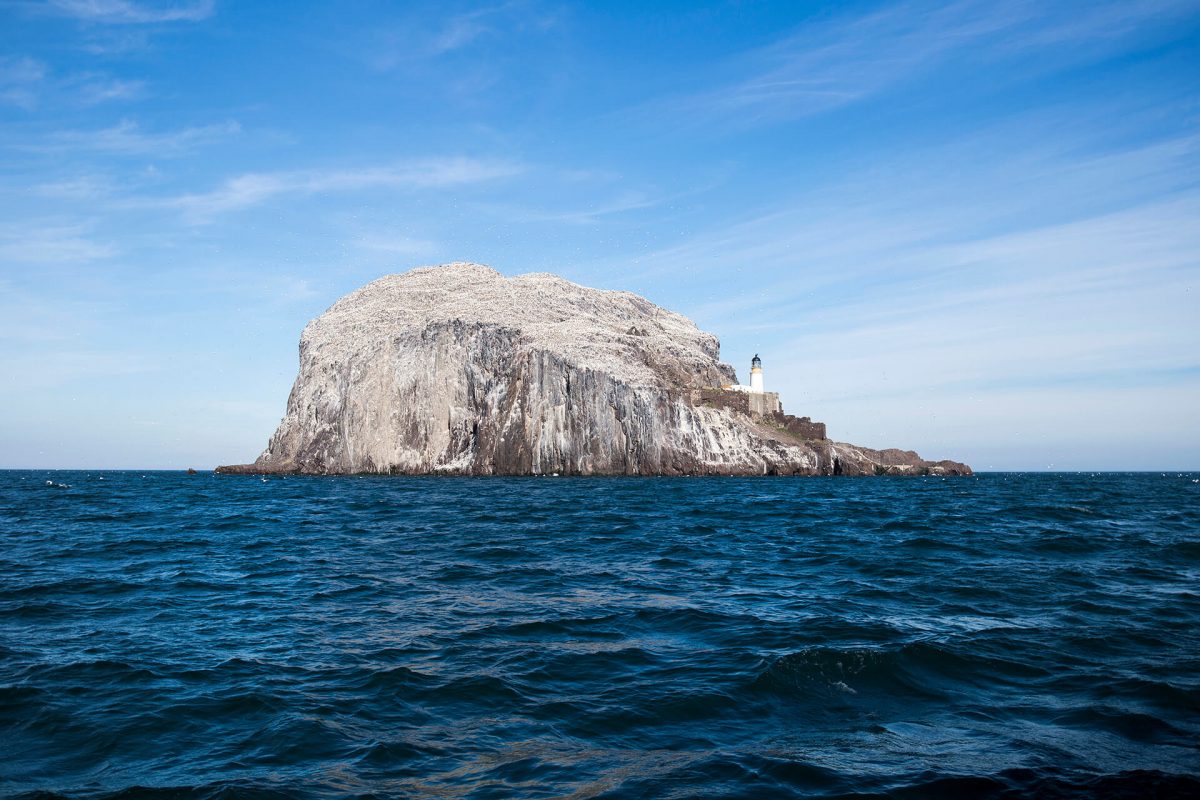 The Bass Rock seen from the Seafari Explorer

Located in the middle of the Firth of Forth, the Bass Rock is the remains of an ancient volcano and is now home to a huge population of gannets – over 150,000 in peak season. Book your boat trip with the Scottish Seabird Centre to see the rock and its resident bird populations up close. 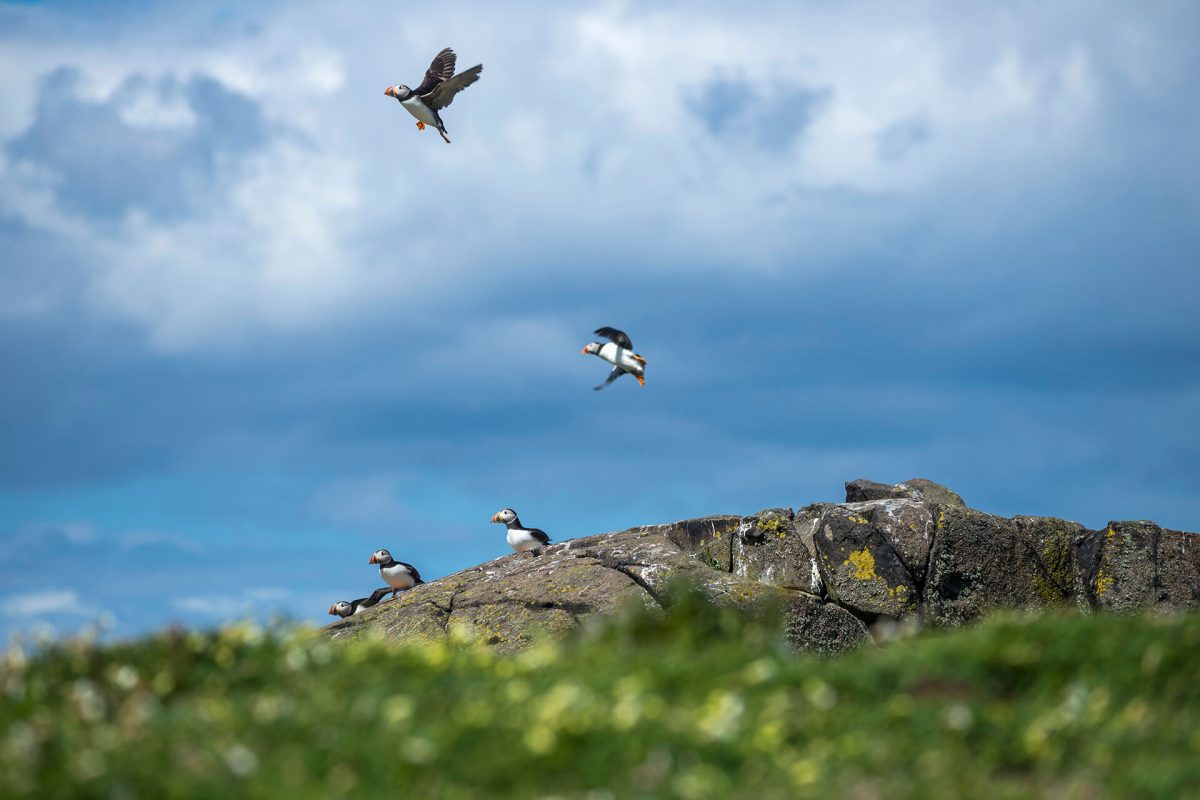 Puffins, Isle of May

Located at the eastern edge of the Firth of Forth, the beautiful Isle of May is home to a huge variety of seabirds who visit the island over the summer months to breed, including puffins, guillemots and razorbills.

Forth Bridges and Inchcolm Island

See the stunning Forth Bridges from a new angle on a boat tour from South Queensferry out to Inchcolm Island. On your 1.5 hour visit to the island you can see the well-preserved architecture of Inchcolm Abbey, which dates from 1235, and the lovely views around the island.

Explore the rugged coastline around Eyemouth and St Abbs on a high-speed RIB boat with Eyemouth RIB Trips – guaranteed to get your adrenaline pumping! See the picturesque coves and caves and keep your eyes peeled for seals and seabirds.

Canal boating on the Falkirk Wheel 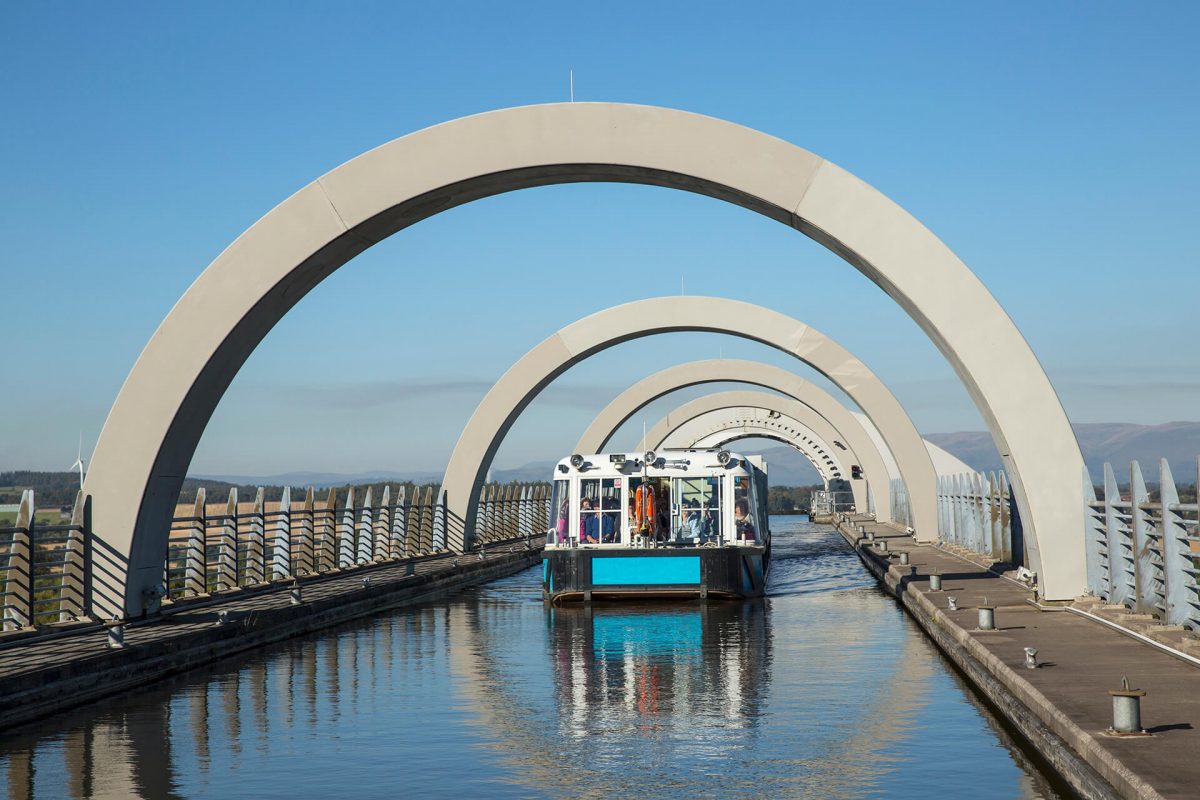 Take in the views as you’re swept high into the air aboard your canal boat on The Falkirk Wheel. This magnificent engineering marvel is the world’s only rotating boat lift and was ingeniously designed to connect the Forth & Clyde Canal with the Union Canal.

Lady of the Lake on Loch Katrine

Hop aboard the Lady of the Lake to soak up the stunning views around Loch Katrine, located in the magnificent Loch Lomond & The Trossachs National Park. The cruise is named after Sir Walter Scott’s famous poem. Enjoy an unforgettable journey on the Winter Wonderland cruise where you’ll be treated to historic tales of the loch’s past, see snow-capped mountains in all their glory and catch a glimpse of the resident wildlife in action.

Search for wildlife, such as dolphins, whales, eagles and puffins, as you tour three unique Inner Hebridean islands with AquaXplore. The Puffin Run/Three Isles Tour visits the enchanting islands of Soay, Canna and Rum. You can choose between a high-speed AquaXplore RIB or the more traditional island cruiser.

Made up of hexagonal basalt columns which were formed millions of years ago by lava, the enchanting island of Staffa has an other-worldly appearance that has to be seen to be really appreciated. Visit the island to see the puffins and spectacular Fingal’s Cave.

Book a trip to see the world’s third largest whirlpool, located to the northern tip of the Isle of Jura, off Scotland’s west coast. The Corryvreckan whirlpool is particularly dramatic during new and full moons and many of the tour operators combine trips to the whirlpool with wildlife searches, where you might see dolphins, whales, seals and more.

The dramatic archipelago of St Kilda lies 41 miles west of Benbecula in the Outer Hebrides and is the UK’s only dual UNESCO World Heritage Site. This boat trip is an epic one – with crossings taking between 2.5 and 4 hours one way – but it’s a trip that you’ll never forget. Land on the island of Hirta to see the abandoned houses (the last remaining islanders were evacuated in 1930) and seabirds – almost 1 million!

Sea stacks in the Outer Hebrides

Head out on a fast RIB with Seatrek to see the impressive sea stacks, islands and towering cliffs on Lewis’ west coast. As well as admiring the towering cliffs (90 metres high in places!) look out for seals sunning themselves on the rocks and kittiwakes sheltering in sea caves.

Departing from Shetland’s main town of Lerwick, head east to the beautiful nature reserve of Noss island, one of Europe’s finest wildlife sites. Over 25,000 gannets make their homes here, along with numerous other seabirds. See them plunging into the water to catch fish before using their impressive 1.8 metre wingspan to power back into the air.

Take in the infamous loch from the water to enjoy unique views of the surrounding mountains, numerous islands and curious wildlife.

Find out more on boat trips of Loch Lomond

Search for more boat tours in Scotland, plan an island hopping adventure or read our ideas for calming escapes by the water.