Every ancestral journey is a truly personal story. When you embark upon yours, you can never be quite sure where tracing your roots will take you.

For some, this quest takes them back to Scotland, the land of their forebears. Often you’ll find that discovering your heritage can stir something deep down in your soul. Many people experience a unique feeling of belonging when they ‘come home’ to Scotland – even if they’ve never set foot on Scottish soil before!

It’s also an incredible experience for genealogists who use their expertise to help people make real connections to their past. We’ve caught up with Ian Walker and Steve McLeish, two ancestral guides who have worked with many clients from around the world looking to trace their Scottish heritage. Hear some of their stories – maybe they will inspire you to explore and uncover similar stories within your own family tree? 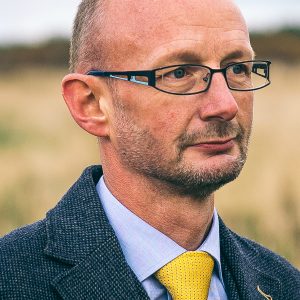 Hailing from the south of Scotland, Ian Walker is a tour guide and genealogist who launched Border Journeys over six years ago. He loves to share stories and bring to life the history of his homeland to visitors.

You can see Ian in our #ScotSpirit video on researching Scottish ancestry.

In Ian’s experience, it’s sometimes possible to do more than just follow in the footsteps of your ancestors – you might even be able to dine where they did! 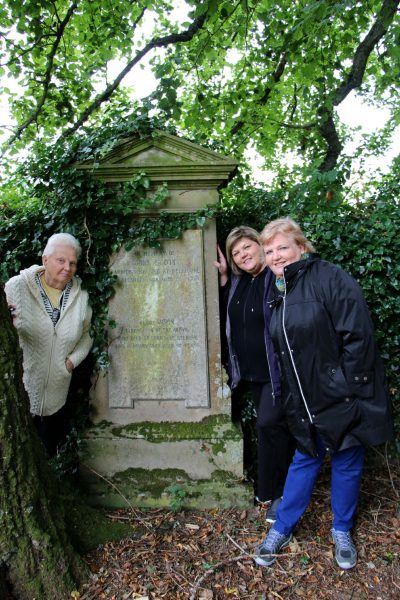 For Betty and her two daughters Renae and Becky, it was a copy of a great grandmother’s diary which shaped their visit to the Ettrick Valley in the Scottish Borders.

Ahead of their trip to the Ettick Valley, Renae worked with Ian to plan the itinerary. With his local knowledge, Ian was able to determine exactly where their ancestors had lived.

The ladies were delighted to visit two farms associated with their ancestors along with Ettrick Kirk. Despite the fact there were no family headstones to be found in the kirkyard, it was a special experience to visit the inside of the church, as they knew from the diary that their ancestors had worshipped there.

One of the farms that they visited had been in their Scott ancestors’ hands for several generations – Betty’s grandfather had even been born there. Whilst taking photographs of the house, the current farmers invited the ladies to tour the house and farm; it’s no surprise that Betty, Renae and Becky were ecstatic about this! Sitting around the kitchen table in the house where their ancestors had lived was something that they never imagined would happen and was undoubtedly the highlight of their holiday. 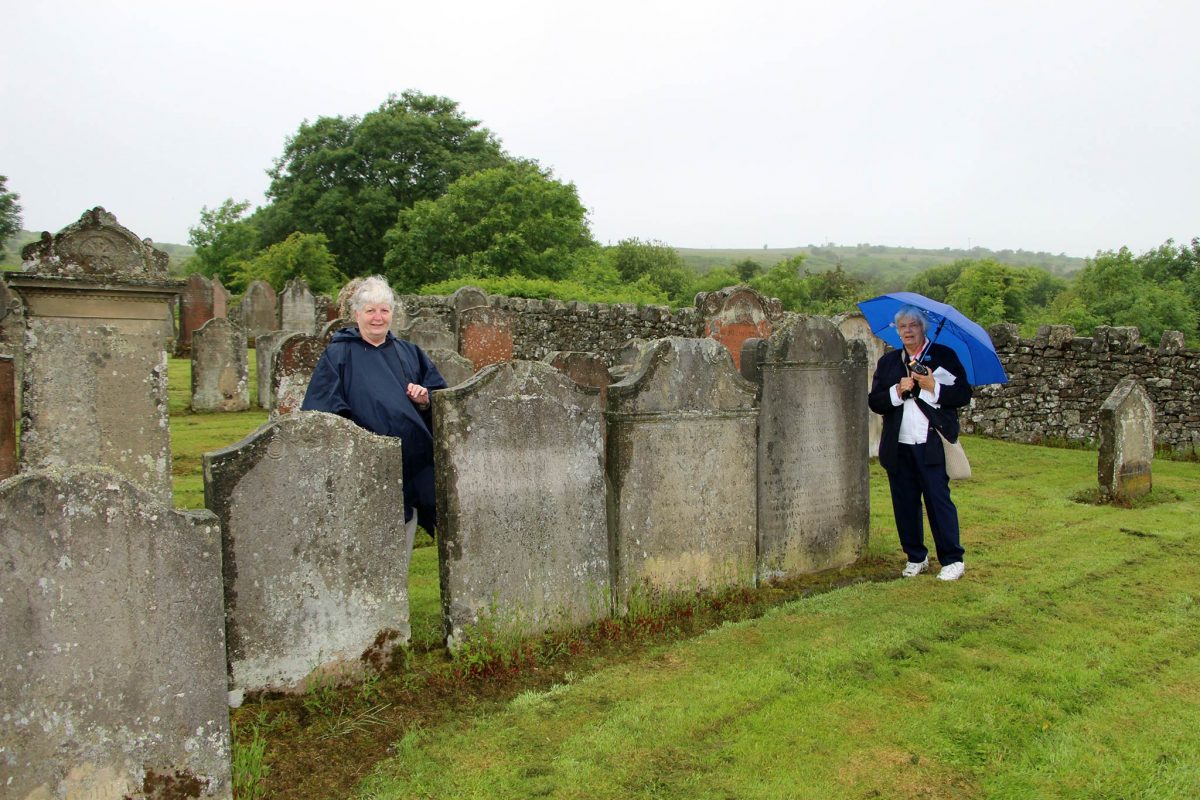 On the final day of their trip, the ladies wanted to uncover their Scottish roots in Canonbie in Dumfries & Galloway and Newcastleton in the Scottish Borders. They were thrilled to find the headstone for their four-times great grandparents Thomas Armstrong and Mary Wilson in Canonbie, and at Ettleton Churchyard, near Newcastleton, they also discover graves of several other ancestors.

Along with Ian, Janet and Libby visited places where their family had lived and worked in the early 20th century. This included the local butcher’s shop where the ladies’ two-times great grandfather was born, which unsurprisingly was a truly emotional experience for them. Janet and Libby were touched to learn that the shop is still owned by the same family. One of the nicest moments of the journey was when the ladies had lunch in the very same hotel that their great grandparents had dined during their visit – it is probably safe to say that the menu had changed a bit since then! 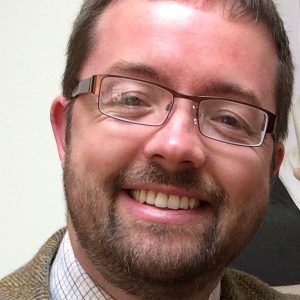 Steve feels privileged that he can marry his two passions of history and genealogy through his work with Scotia Roots Ancestral Tours. Now based in central Scotland, Steve has lived in several regions of the country and has in depth knowledge of many places ‘off the beaten track’ which can often aid his clients in shaping their ancestral stories.

Steve has found that hope is not always lost when it looks like your research has come to a dead end – sometimes the help of an expert can get you back on track to uncovering your ancestry! 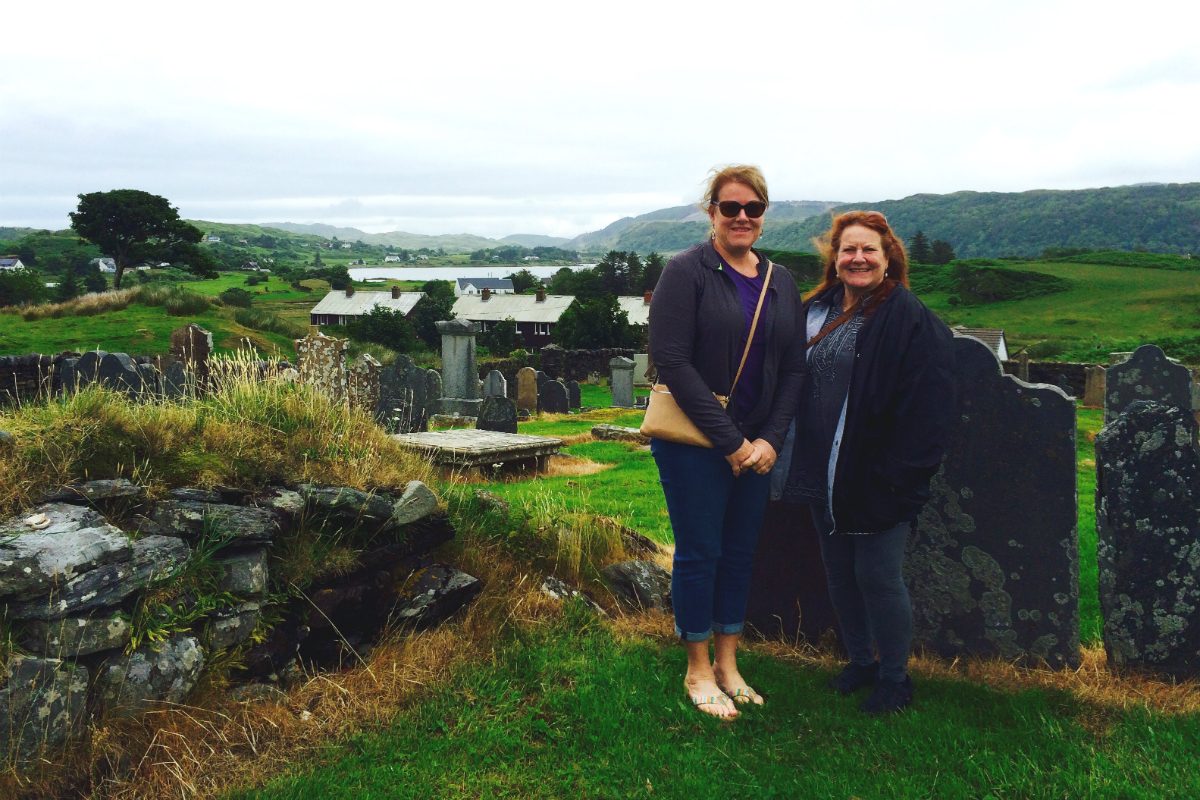 Steve had the great pleasure of showing two sisters, Mary and Virginia, around their ancestral lands in Argyllshire. In the process, they managed to break through a genealogical brick wall which had plagued Mary’s own research for a number of years.

Mary contacted Scotia Roots Ancestral Tours of Scotland to see if they could help her discover the location of the wedding of one of her ancestors, Colin Campbell, who was married to Jean McPherson in 1773.  According to an old family bible the place of residence for Colin and Jean was listed as ‘Auchfolls’, but in her research, Mary had been unable to find any reference to this location.

Through the course of Steve’s research, it was revealed that the name of ‘Auchfolls’ had actually been incorrectly transcribed and the actual place of residence for Mary’s ancestors was ‘Achfolla’ in the old parish of Kilbrandon and Kilchattan on the west coast of Scotland. With this information, they could trace the location of the church where Colin and Jean were married. Steve successfully found the sparse remains of a medieval kirk and burial ground known as Old Kilbrandon on the lovey Isle of Seil.

Steve had the honour of taking them to the site of this actual church where their ancestors had married some 243 years before. For the ladies, this was a very emotional reunion with their Scots ancestry; the sisters remarked that they could feel their ancestors as they stood within the remains of the peaceful old church.

Where will your ancestral journey take you?

Thinking of mapping out your own genealogy and seeing where your ancestors once lived? Or want to find out if you belong to a clan? You might discover that you have connections to the MacKenzies or Frasers, clans featured in the hit series Outlander!

Check out our dedicated ancestry section for helpful information, research advice and tips. Once you’ve done your research, it could be time to plan your trip to the homeland!