Did you know that we have a time machine in Scotland? It’s true. Visit any of our towns to enjoy both amazing historic sights and fun contemporary things to see and do. Here is our list of ten historic towns in Scotland where you can unwind and enjoy a perfect holiday.

Plus, if you visit them all, you can call yourself a true time traveller, having experienced Scottish history from prehistoric times up to the Victorian era. 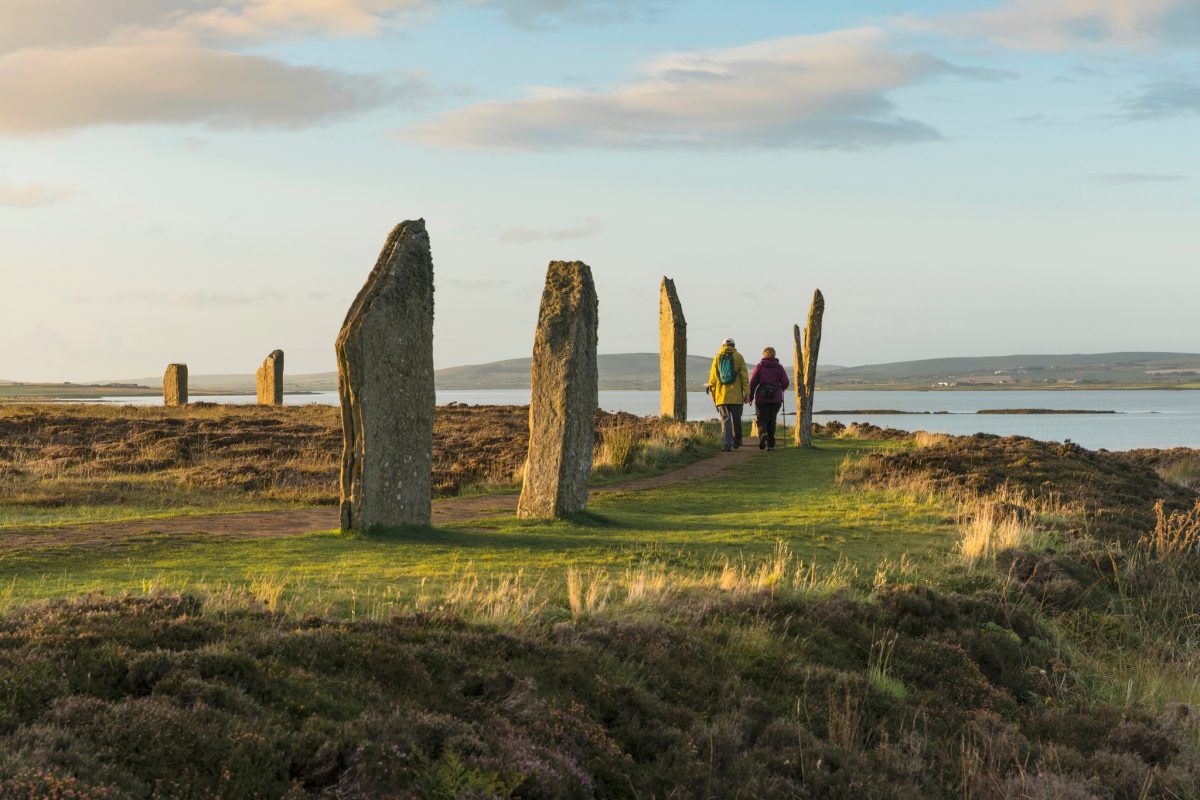 People have been building amazing sites, monuments and buildings in Orkney for 5,000 years. Kirkwall is a great place to base yourself as you can explore Orkney’s many prehistoric sights, such as the Ring and Ness of Brodgar and the historic settlement of Skara Brae.

Discover an array of natural and historic wonders as you explore. Can you see yourself on a breath-taking walk along the very oldest, natural sights in Orkney: the deserted, golden sandy beaches at Tresness, the twisted seastack of North Gaulton Castle or the most northerly ancient forest of Berriedale Wood?

Don’t forget to stay warm and cosy by the peat fire as you hear the tales from Orkney’s past at the Orkney Folkore and Storytelling Centre. Get enchanted by the candles in St Magnus Cathedral, in which a Viking king was interred, or feel the warmth of a fine dram at the Highland Park Distillery.

Find out more about Kirkwall. 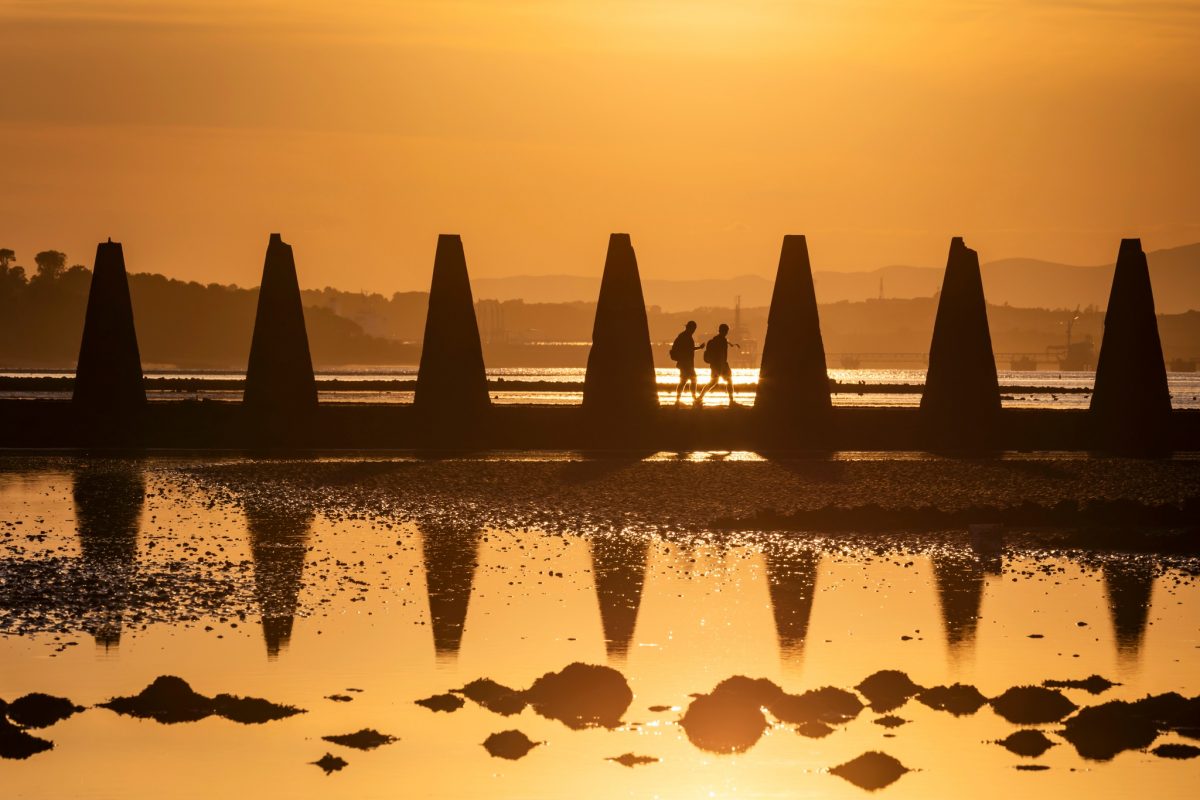 Discover the remains of the old Roman barracks, tucked away between the white-washed houses of this former fishing village, right on Edinburgh’s doorstep. Imagine these ancient soldiers from afar, walking all the way to Scotland, as you picnic at the gorgeous beach.

Explore the beauty of this atmospheric place: the gorgeous waterfalls of the River Almond, the other Roman sites, such as the Antonine Wall in West Lothian and beyond, and of course all the amazing attractions of Scotland’s bustling capital.

Venture across to the tidal island using the causeway where in a different time, it was littered with hidden bunkers to protect the nearby port of Rosyth during the Second World War. Remember to check the tide times before planning your trip as the tide can rush in faster than you expect.

Find out more about Cramond. 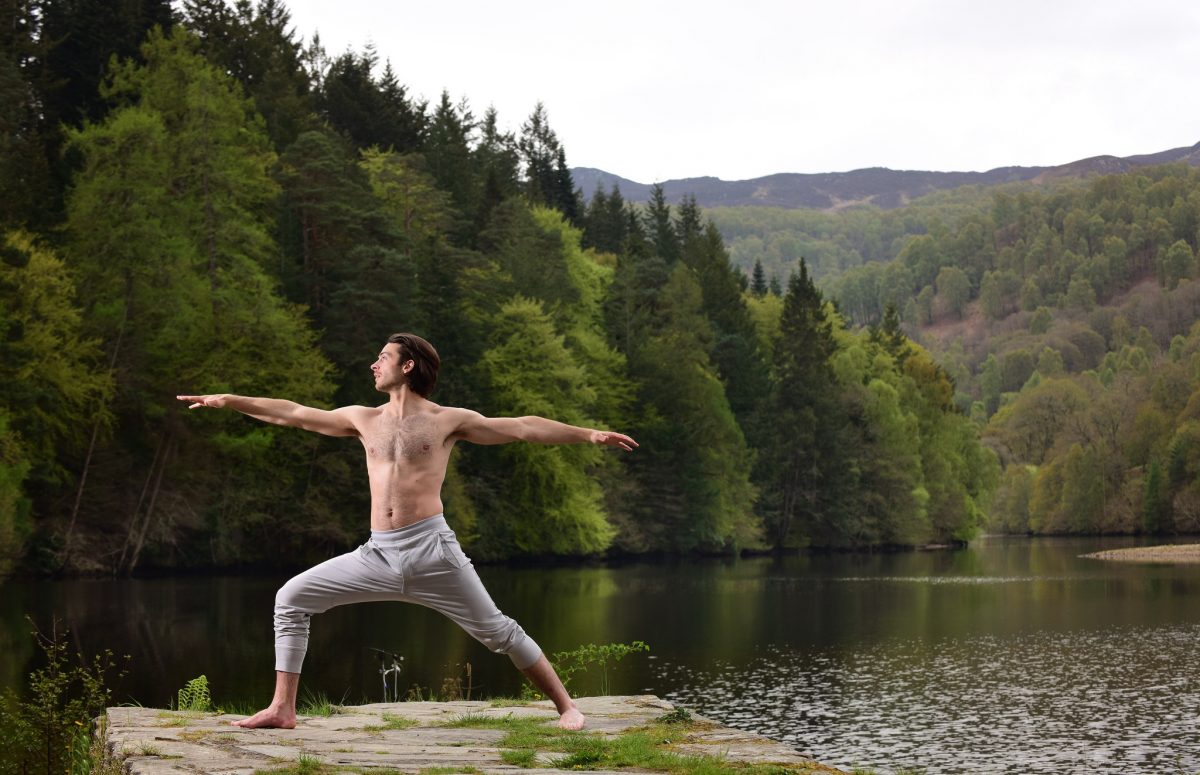 Even before the Romans came to Scotland, there were people living here who didn’t speak Old English or Old Scots or even Old Gaelic. They spoke Pictish, a Celtic language close to Welsh; they lived in settlements, often starting with the prefix ‘pit’; and they erected spectacular, large stones.

As you can guess, Pitlochry is one of these settlements. And yes, just outside the town you can see the Dunfallandy Stone, an exceptionally well-preserved Pictish stone, dating to about AD 600.

In Pitlochry, you can also enjoy a myriad of activities, such as fishing, golf and walking, but also bungee jumping and mountain biking. Pamper yourself at a spa hotel, enjoy wellness activities such as forest bathing, or sample a dram at the Blair Atholl Distillery.

Find out more about Pitlochry. 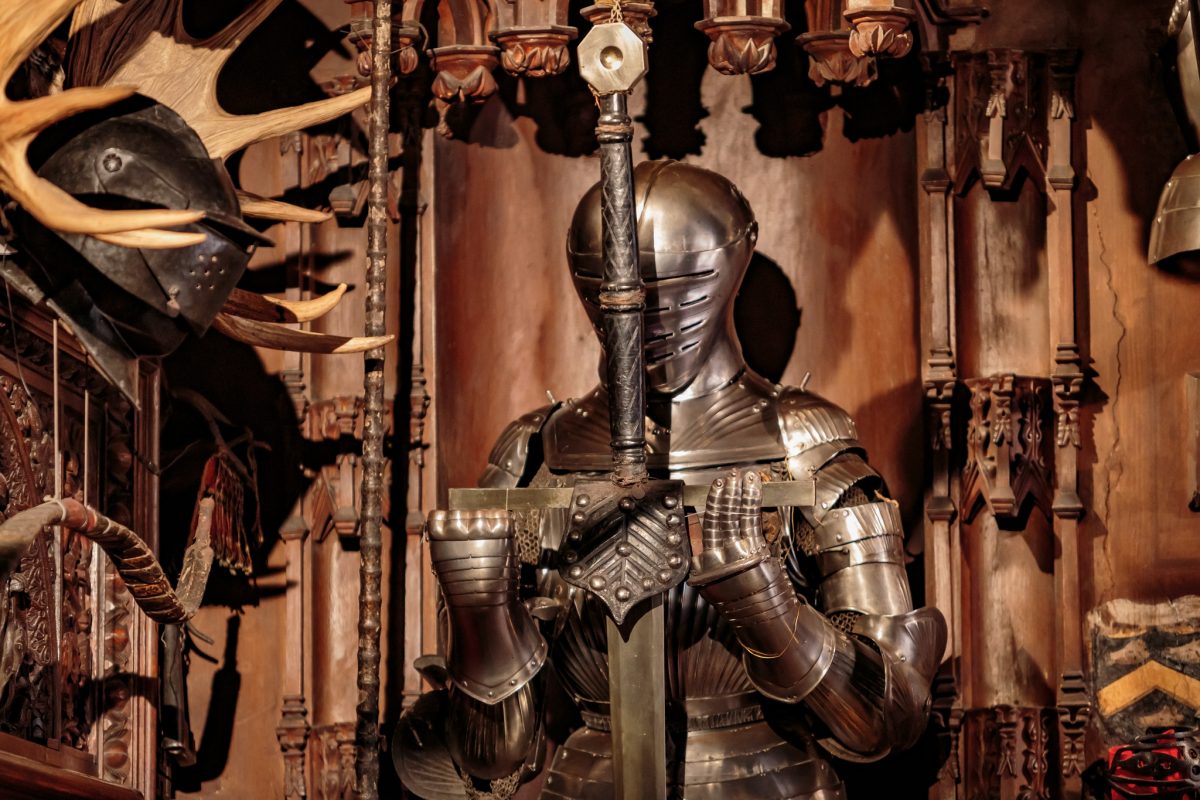 Suit of armour at Abbotsford, Melrose

Home to one of the four Borders Abbeys, 800 years ago, you would have woken up in this town to the peaceful chants of monks in white robes. Explore the impressive ruins and see if you can discover the grave where King Robert the Bruce’s heart is buried.

Browse the many independent shops and cafés of the nearby High Street and visit rugby fields where the famous Melrose Sevens international tournament has been taking place since 1883.

Don’t miss out on Walter Scott’s stately house at Abbotsford, where the abbots of Melrose Abbey used to cross the River Tweed. Marvel at the wall-to-wall bookcases, period furniture and Sir Walter’s curious collections, such as a breastplate from Waterloo and Mary Queen of Scots crucifix.

Find out more about Melrose. 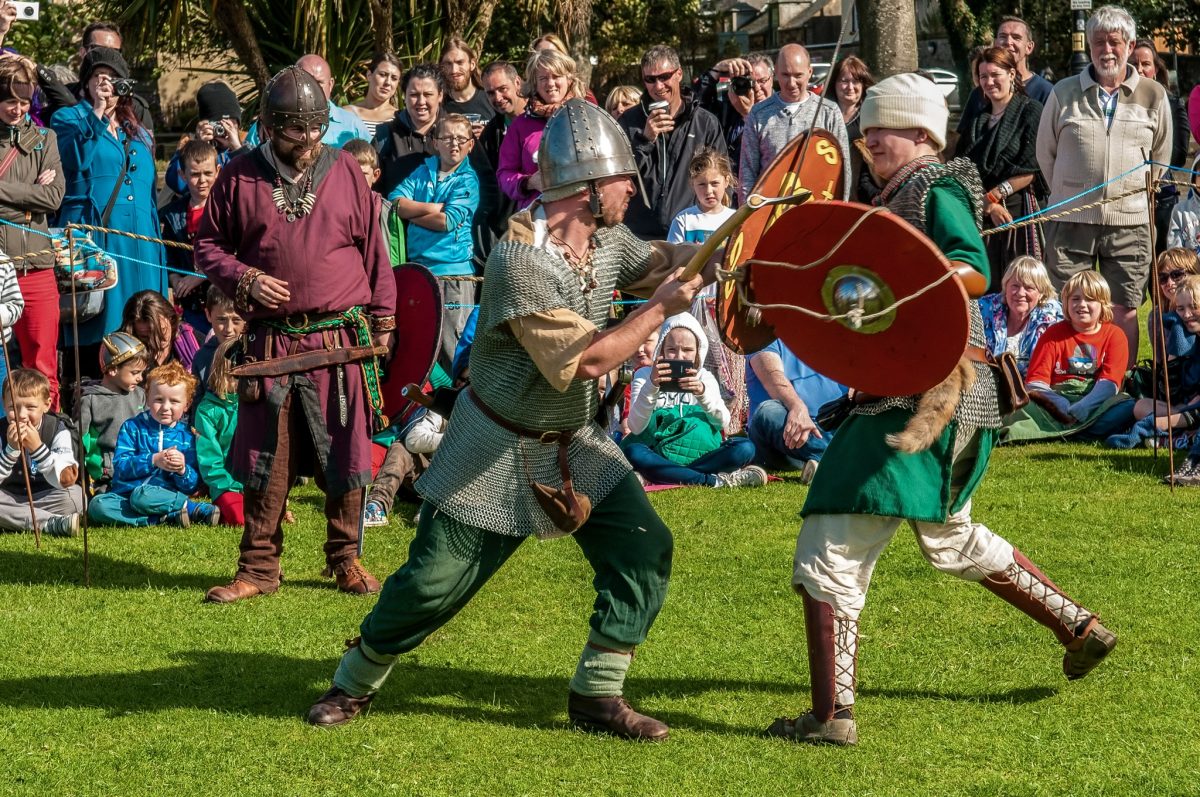 Reenactment between a Scot and a Viking, Largs

Celebrate Scotland’s Viking heritage at Vikingar! In 1263, perhaps the most decisive battle between Vikings and Scots was fought near Largs, leading to Scotland taking control of all the Western Isles. The town marks the event with the annual Largs Viking Festival.

Take your children to Kelburn Castle & Country Park with its colourful murals, and enjoy some nice walks in the countryside or along the coast, and past the striking Pencil Monument. Having a marina, Largs is also a popular destination for those travelling by sailboat.

Enjoy an island-hopping adventure and make a day trip to Great Cumbrae from Largs, the Isle of Bute from Skelmorlie to the north or the Isle of Arran from Ardrossan to the south. Please check the ferry timetables for more information.

Find out more about Largs. 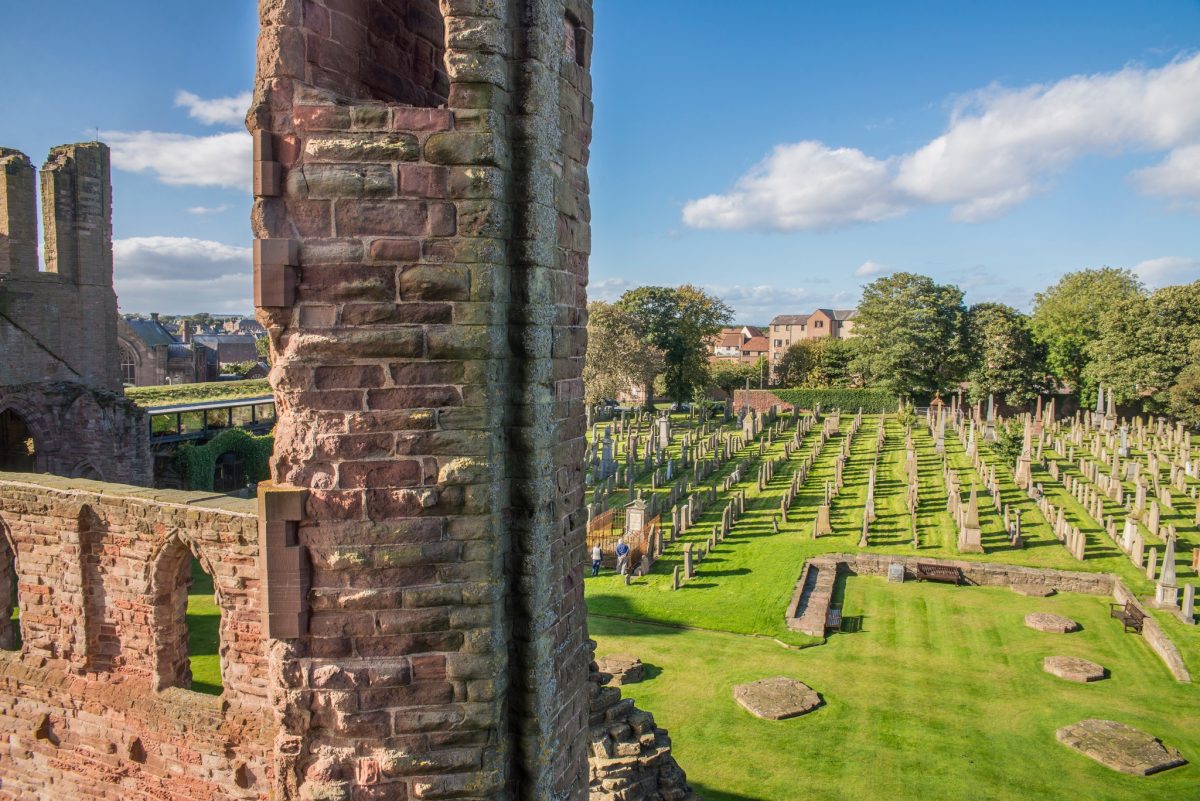 Relive a pivotal moment in Scottish history at Arbroath Abbey, where just over 700 years ago, the Scottish nobility penned the Declaration of Arbroath to the Pope, affirming that Robert the Bruce was the one true king of Scotland. This happened after the Pope had questioned King Robert’s legitimacy twice during the First War of Scottish Independence.

Once you’re in Arbroath, you simply have to taste the Arbroath Smokie. It’s a freshly caught North Sea haddock, which is cured over smouldering oak chips. It has regionally protected status, so this is the only place in the world where you can get them.

This charming coastal spot is also the perfect place from which to explore the surrounding area. In just over 30 minutes you’re in Dundee, the UNESCO City of Design, or Kirriemuir, the birthplace of JM Barrie, who dreamed up Peter Pan.

Find out more about Arbroath. 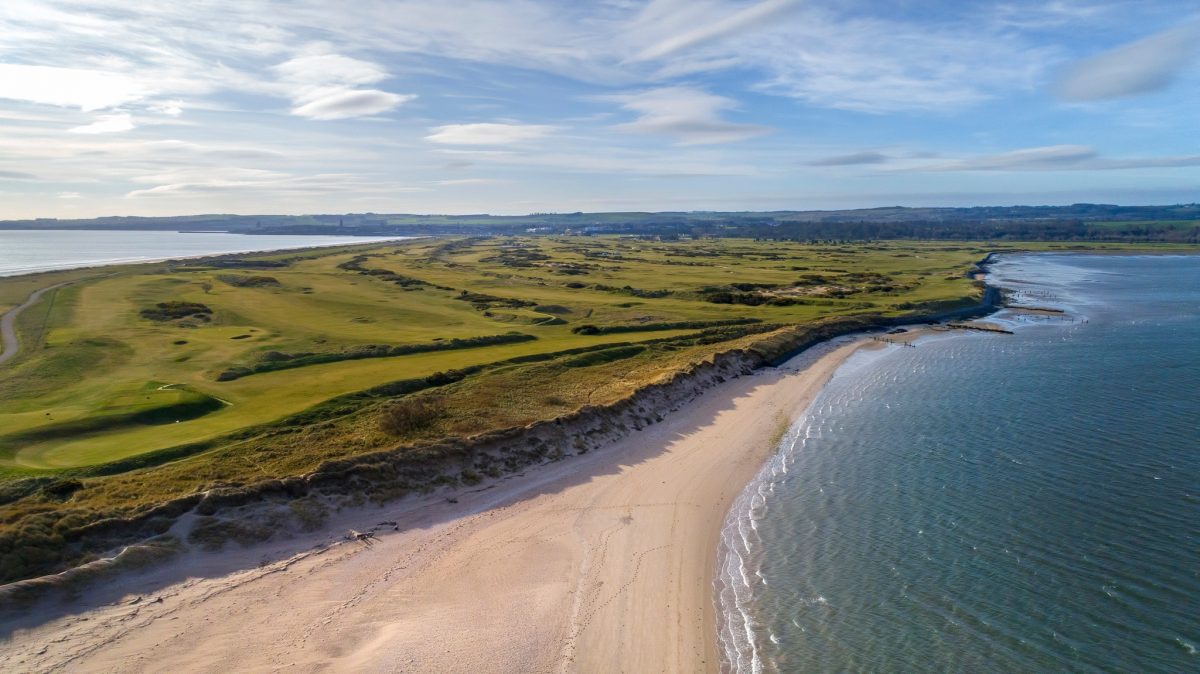 The ruins of St Andrews Cathedral are hauntingly beautiful – quite literally! The ghost of a friendly monk is said to wander about, offering to help people climb the stairs of St Rule’s Tower. Shortly after the start of the Scottish Reformation, a Protestant mob ransacked the cathedral in 1559. It was left to ruin in the following years. Many of the medieval streets are still preserved however, as is the historic university.

Enjoy a walk or even a race in a sand yacht over the famous West Sands. Or improve your golf handicap on the world-renowned Old Course or your golf knowledge at the British Golf Museum.

Near St Andrews, families might also like the miniature steam train at the Craigtoun Country Park or a lovely walk over a section of the Fife Coastal Path, one of Scotland’s many historical walks.

Find out more about St Andrews. 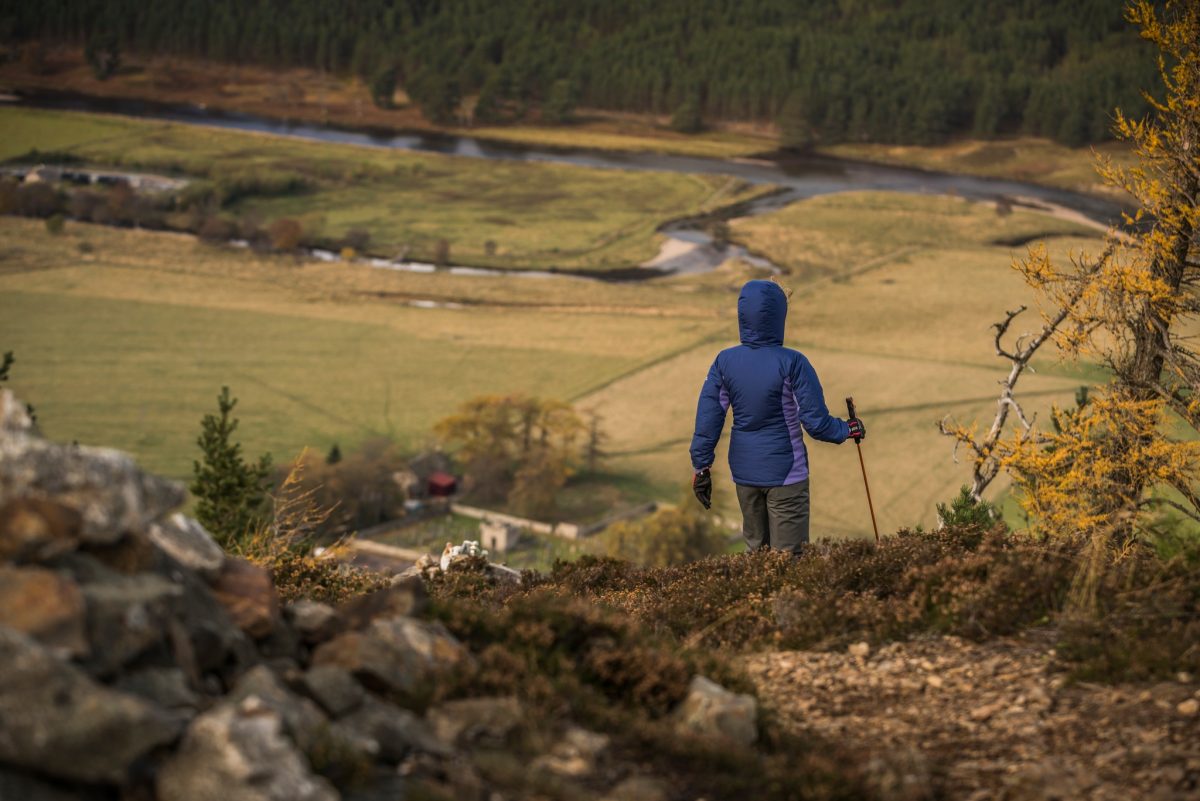 You might be more familiar with the Second Jacobite Rising because of its dramatic aftermath or because Bonnie Prince Charlie was so… well, bonnie! But it all started in 1715, when the Earl of Mar raised the Jacobite standard in Braemar, starting the First Rising.

Visit the 17th century Braemar Castle, built by a previous Earl of Mar, or the 19th century Balmoral Castle, acquired for Queen Victoria and still in the possession of the Royal Family. In fact, HM The Queen is also still the Chief of the annual Braemar Gathering, the town’s Highland games.

Braemar is also the eastern gateway to the highest mountains of the Cairngorms National Park, which is a great place for hiking, cycling, skiing and stargazing. The nearby River Dee also offers some of the finest salmon fishing in the country.

Find out more about Braemar. 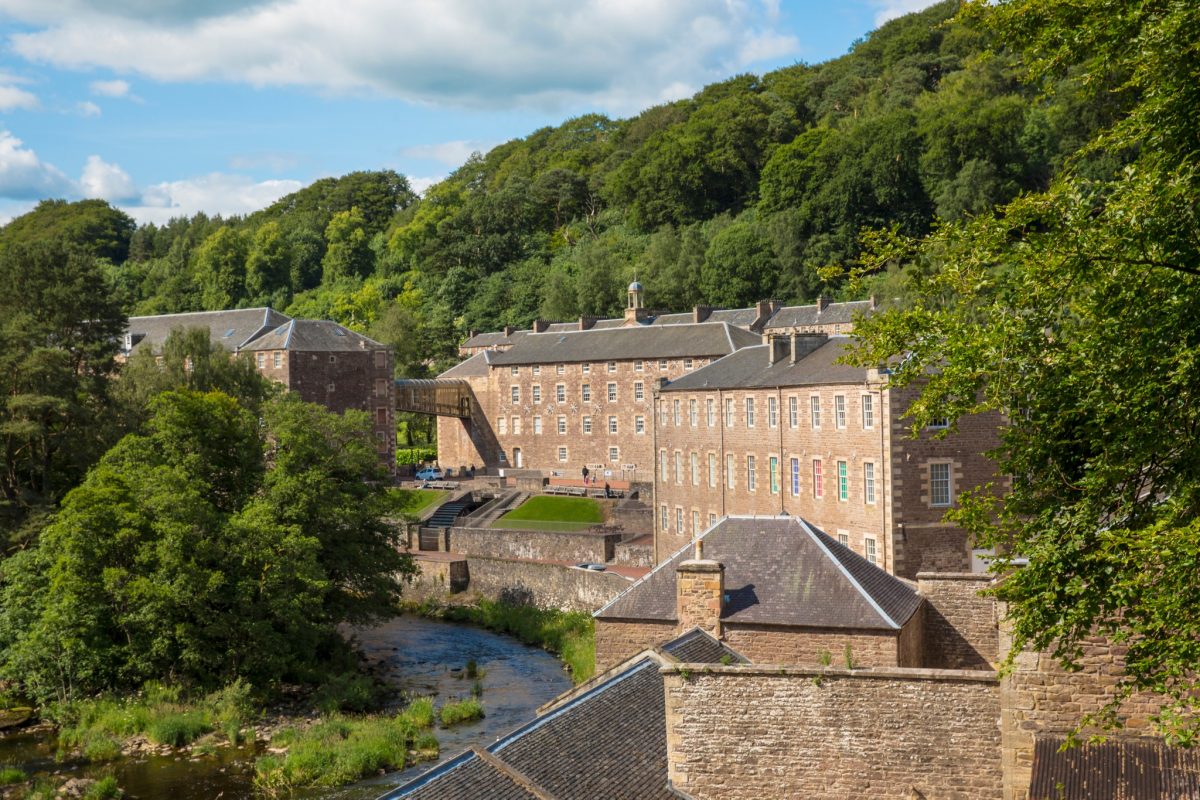 The age of industrialisation began in Scotland with the construction of water-powered mills, such as those in the restored 18th century cotton mill village of New Lanark. The last of these mills wouldn’t close until the 1960s.

Now a UNESCO World Heritage Site, this village lies on the banks of the River Clyde near the Royal Burgh of Lanark, the Falls of Clyde, and less than an hour’s drive away from the bustling city of Glasgow.

Nature lovers will love spotting peregrines and badgers at the Falls of Clyde Visitor Centre & Wildlife Reserve. You can watch live footage of nesting peregrines, enjoy the interactive toys and games or explore the beautiful riverside walks.

Find out more about New Lanark. 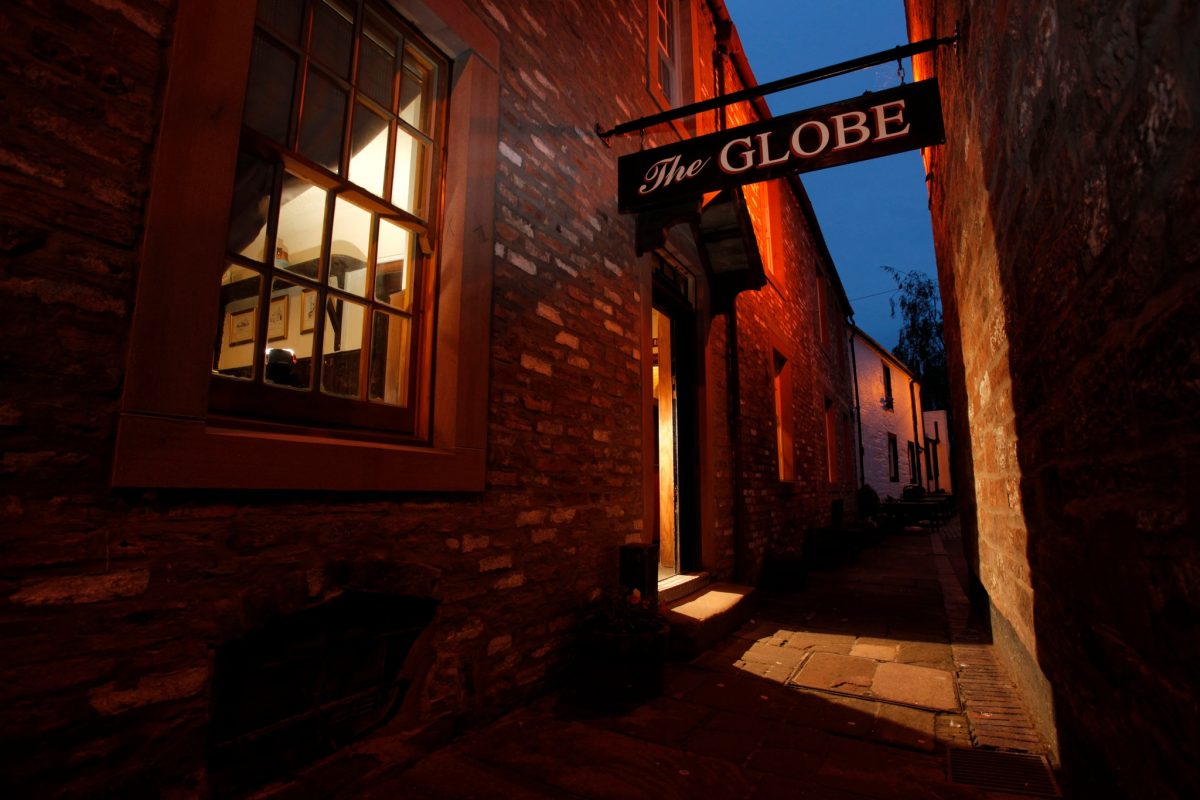 The south of Scotland is synonymous with a Romantic revival of Scottish language, culture, history and tartan in the early 19th century. You might think of the works of Scott, but it was especially true of those by Burns, the Bard of Scotland, who spent his final years in Dumfries.

Learn more about this amazing author and poet by visiting the Robert Burns Centre, Ellisland Farm (his former home) or his old haunt, the Globe Inn, where you can see his favourite chair and some of his handwriting etched into the windowpane.

Take a walk along the banks of the River Nith, where Burns wrote Tam o’ Shanter. Explore Galloway through the lens of the Victorian camera obscura at the Dumfries Museum. Experience the rich atmosphere of the Greyfriars Church, where Robert the Bruce murdered John Comyn, or that of Caerlaverock Castle, Scotland’s pink, triangular-shaped castle.

Find out more about Dumfries.

Which of our magical landmarks will inspire you on your holiday in Scotland? Check out our list of 14 must-visit historic towns in Scotland or 8 Scottish twin towns and cities for more fun locations.