You can watch world-class sports men and women competing for titles at a range of high profile sporting events in Scotland in 2020. When it comes to sheer spectacle, you just can’t beat a gathering of the world’s elite athletes in a show of strength, speed and teamwork, as they battle to emerge the undisputed champions of their sport. And there are opportunities for you to get stuck in too, if spectating isn’t enough of a thrill as it is!
These events are supported by EventScotland, which is working to make Scotland the perfect stage for events.

Returning for 2020, Edinburgh will once again host this highly anticipated and prestigious event which will see Scotland go up against England and France throughout the the tournament. Renowned for featuring incredible talent and sportsmanship, Six Nations is a six-country festival of rugby with three fixtures in each round that sees the teams going head-to-head for the cup. Mark your calendars for the 8 February and 8 March – it’s going to be a good one! 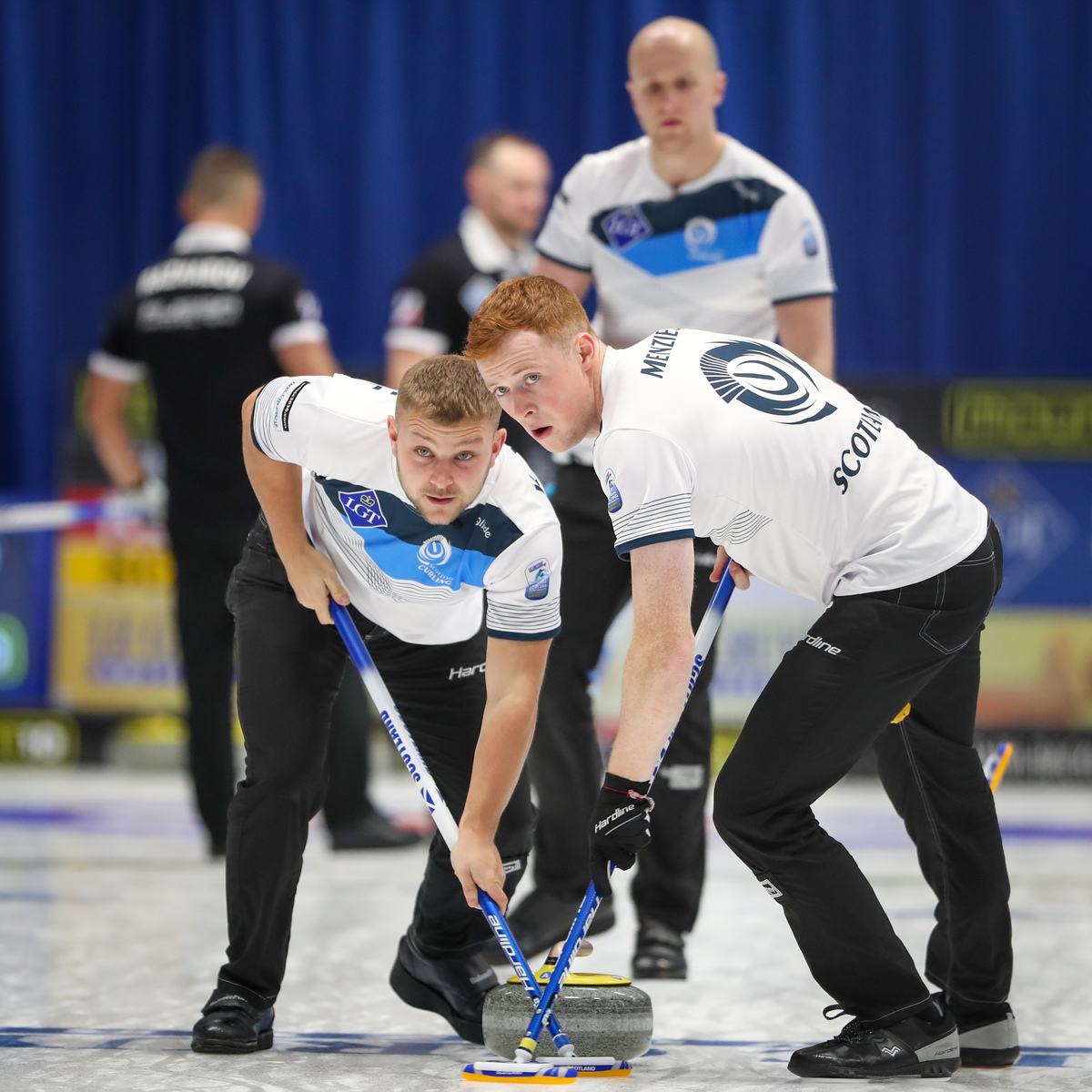 There are only a couple months to go until the 2020 World Men’s Curling Championships land in Glasgow where 13 teams will battle it out on the ice. Thigns are heating up, so get ready to see countries, including Denmark, Germany, South Korea, and Norway, showcase their talents and skills at the Emirates Arena – don’t miss out, book your tickets now!

From dense forests and coastal scenery in the south to crumbling castles and dramatic mountains in the north, the Isle of Arran is breathtaking no matter where you turn. The Ultra Tour of Arran is a two-day off-road running adventure from Rat Race which takes you across the highs and lows of the island, with stunning scenery and some of the best Scottish landscapes all around you.

Bringing together surfing pros, enthusiasts and beginners from across the country, the Scottish National Surfing Championships is sure to be an event not to miss. Come along to cheer on the competitors, learn more about the sport, and enjoy Scotland’s scenic shores and landscapes along the way.

The ETAPE Loch Ness is cycle sportive circling the iconic and picturesque Loch Ness is back for 2020!  Pedal your way along 66 miles (106km) of traffic-free roads, whilst taking in pure Scottish scenery in one of the most renowned locations in Scotland. Why not test your mettle by taking on the timed King of the Mountain stage with a 4.8 mile (9km) climb? There are still some tickets remaining, or why not come along and cheer on the competitors?

Join in Scotland’s largest running festival! Help stand up to cancer and raise money whilst taking part in the Edinburgh Half Marathon 2020, a fast and flat 13.1 mile route through the city centre – its a great choice for your first half marathon, or if you’re looking for a PB! 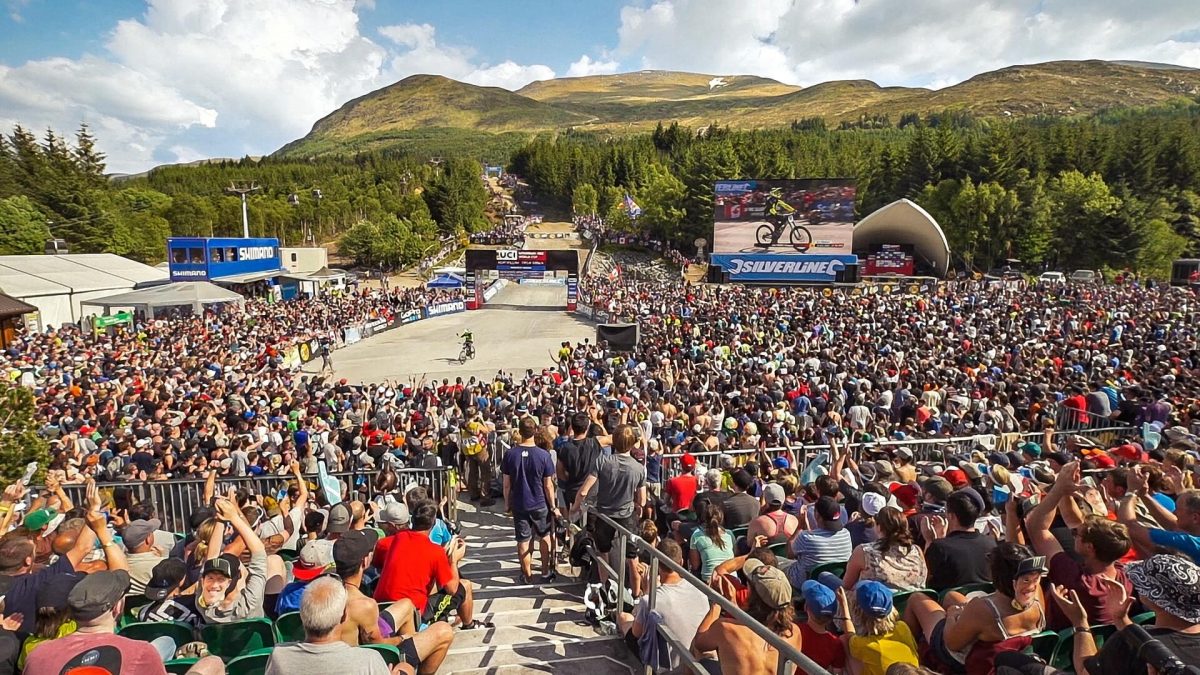 It’s all going downhill at the Nevis Range in June, and that’s no bad thing as the Mountain Bike World Cup wheels into town once again! Packed with competitions, the event ends on a high with its legendary race, the Downhill. Make sure you book your tickets now so you don’t miss out on one of the most hotly anticipated sporting events in the calendar. 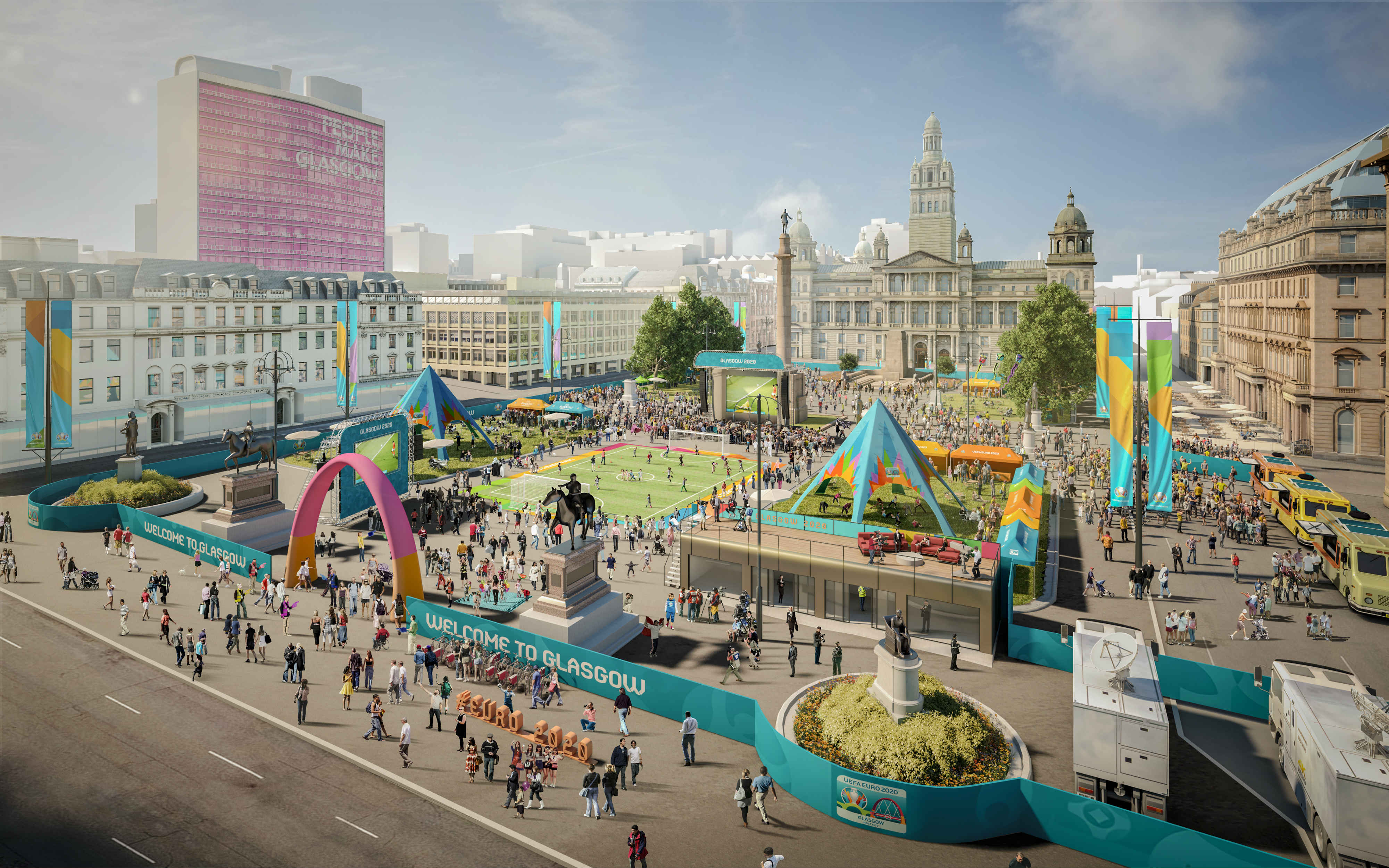 Kick off your summer when UEFA EURO 2020 lands in Glasgow! The countdown to one of football’s biggest ever events is on, with Glasgow being one of 12 host cities that will see 4 weeks of footie madness, with matches, the UEFA Festival, a Fan Zone, a Football Village and more to get involved in. Keep an eye on UEFA.com and download the official UEFA EURO 2020 app to hear all about the latest happenings!

Head to the UK’s largest onshore windfarm for this exclusive event which sees runners of all fitness and experience levels take on a 10K, half marathon and 50K ultramarathon trails through the scenic outdoors of Eaglesham, just 20 minutes from Glasgow. At Run the Blades you can also join in the vibrant event village where you can enjoy music and an array of food vans offering lots of tasty morsels.

Returning to Scotland in 2020 is the AIG Women’s British Open which will head to Royal Troon in Ayrshire where golfers will tee off and battle it out for the cup. 2019 showcased incredible talent and sportsmanship – who knows what we’ll see in 2020, so keep your eye peeled for more announcements coming soon! 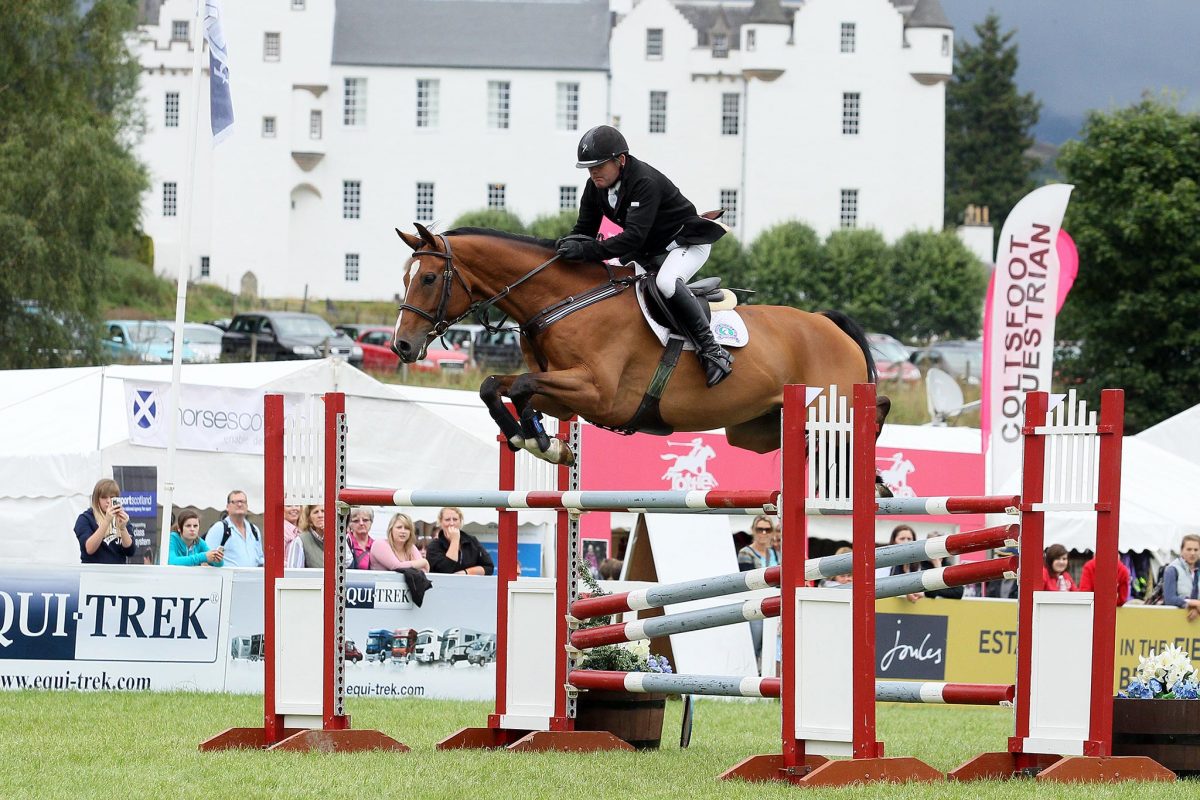 The Tour of Britain is gracing the Scottish landscape this September with thousands of elite cyclists and athlete going head to head during eight stages of challenging terrain. The first leg of the tour begins in Aberdeen – keep an eye out for more information about the route coming soon!

Prepare yourself for the UK’s biggest weekend of mountain running which will see four intense skyrunning races take place across three days – Skyline Scotland. Starting with an incredible leg burner up Mamores VK, then onto the bold Ben Nevis Ultra, the scrambling Ring of Steall, before finishing with the traverse Glen Coe. Join in with some of the best mountain athletes and take in some truly iconic landscapes throughout the race.

Want to go running in one of Scotland’s most glorious natural settings? The Baxter’s Loch Ness Marathon might just be the ticket. Offering a choice of distances to suit runners of all abilities, it follows a route along the south-eastern shores of Loch Ness before finishing in Inverness, the capital of the Highlands.

Coming to Glasgow this year is the Great Scottish Run 10K and Half Marathon. Raise some money and run for charity, bring the family and burn off all the extra energy, or if the kids want to get involved then the Junior Run is a good place to get started. Find out more and get signed up for this great event! 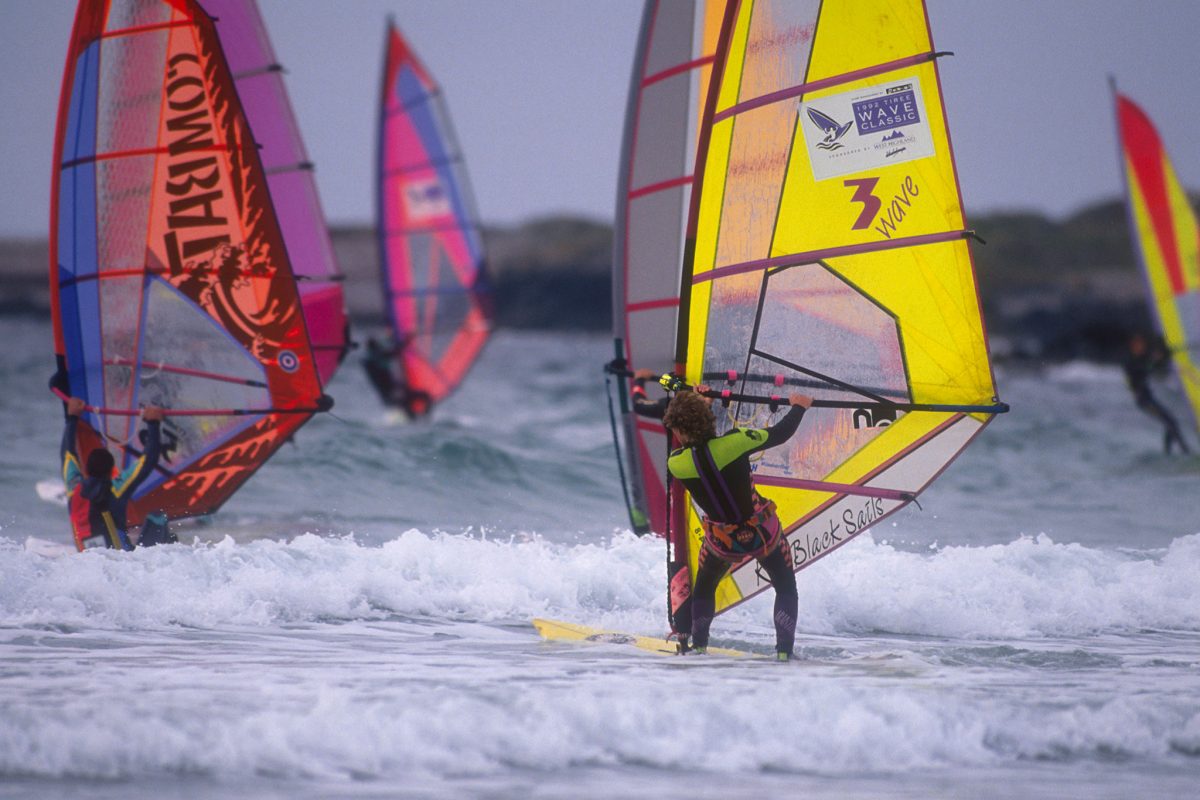 Get ready for the longest running professional windsurfing event in the world – the BWA Tiree Wave Classic. Returning to the stunning Isle of Tiree in the Inner Hebrides, the event showcases the best of the UK’s windsurfing talent in categories ranging from Juniors to World Cup Professionals. Come along and cheer on the competitors!

Find more sporting events that will be sure to have you on the edge of your seats at eventscotland.com.

A Beginners Guide to Watersports in Scotland

The 12 Best Seafood Shacks in Scotland

5 Amazing Ways to Spend a Week in Scotland

Get out of the Kitchin and try Tom’s favourite restaurants