There’s a good chance you’ve heard of UNESCO. But do you know what it really means or why it’s important to Scotland? Let us enlighten you with our introduction to Scotland’s UNESCO Trail. Still have questions? Look at our frequently asked questions for a more in-depth explanation of what UNESCO is and does, its special connection to Scotland, and what you can expect to see on the UNESCO Trail.

Sections on this page

What does UNESCO have to do with Scotland?

UNESCO recognises and conserves the world’s most special places.

Scotland is home to 13 of these special sites, or UNESCO designations. And many of them are firsts. Considering the size of Scotland, that’s quite impressive!

It’s a proud testament to the richness and scope of Scotland’s awe-inspiring nature, its ancient and compelling history, the vibrancy of its culture, and its proud scientific and technological legacy.

What is a UNESCO designation?

A UNESCO designation is a place which has been recognised for its cultural, historic, or environmental significance. These are places which reveal something unique and globally significant about the way we perceive our story as both a species and a planet. They’re places which have the potential to help UNESCO achieve its global mandate for peace, prosperity, and progress.

Who and what is UNESCO?

UNESCO stands for ‘United Nations Educational, Scientific and Cultural Organization’. It’s a special part of the United Nations (UN) founded in 1945, in the days after World War II ended. Its mission is to promote peace, sustainable development, and human rights, by encouraging collaboration and discussion between nations.

UNESCO focuses on education, the environment, social inequality, communication, and the exchange of knowledge. One way it resolves some of these problems by identifying the world’s most special places.

By raising awareness of these sites, we can encourage investment and create jobs, spur technological innovation and scientific progress, and enhance the world’s cultural and environmental diversity.

How many types of designation are there?

There are eight categories of UNESCO designations:

What do the designation types mean?

What is a biosphere?

A biosphere is where visitors can really witness sustainable development in action. This is an area with inter-connected ecosystems supporting a diverse array of native flora and fauna, and communities which work on conservation while also living off their natural environment. Witness how these communities preserve time-honoured ways of life, adapt to new environmental challenges and uphold their unique cultural identities and heritage. There are currently 714 biospheres in the world today, with two of them in Scotland.

Spread across a remarkable landscape sculpted by geological events which were integral to the formation of Britain, Galloway and Southern Ayrshire Biosphere is a place brimming with outdoor adventures and creativity. Explore the tight-knit farming communities and former mining villages to see how the community is embracing new technologies that will allow people to co-exist sustainably with their natural surroundings.

Spanning 3,000 square miles, Wester Ross Biosphere is a landscape of rugged moors, tranquil glens, and deserted beaches. A place where you’ll find centuries old Scots pines descended from the ancient Caledonian Forest, some of the tallest mountains in the UK and crofters living in harmony with the land. Observe traditional Highland culture at its most authentic and discover how the site is emerging as a leading sustainable visitor destination.

What is a geopark?

A global geopark is a single, intact geographical area which is considered of geological and scientific importance. These places are protected so we can better understand the geophysical, oceanic, and climatic forces which shape the world, past and present. They are also centres of sustainable development, where people can learn more about geology and the importance of conservation. There are currently 147 global geoparks, two in Scotland.

The North West Highlands Global Geopark can be like setting foot in the prehistoric era. In fact, it’s regarded as one of the most dramatic, beautiful, and fascinating landscapes on the planet. Geologists and scientists from around the world come here to learn how the earth was made, drawn by some of the world’s oldest rock formations and features like the Moine Thrust Zone, a seismic geological event which caused a huge fracture in the earth’s crust over 400 million years ago.

The entire archipelago of Shetland is a designated a global geopark. Shetland Global Geopark boasts a geological heritage which spans 3 billion years and is among the most dramatic and diverse on earth. Set among these geological marvels is a thriving eco-system which supports a dazzling array of life including up to 23 plants species. Shetland’s human story is equally compelling, stretching back 6,000 years and bequeathing some of the most precious and well-preserved archaeological sites in the world.

What is a world heritage site?

A world heritage site can be anything, from an incredible landscape to a city with a rich history and vibrant culture. It can be a magnificent monument, an archaeological discovery or a piece of ground-breaking technology. Most importantly, it must be something of world-renowned significance and occupy a special place in history to earn this prestigious title from the UNESCO World Heritage Convention.

The Old and New Towns of Edinburgh

During the 17th and 18th centuries, the over-crowded medieval city of Edinburgh was considered unfit for purpose by the upper classes. This led to the construction of the spacious Georgian New Town and a building project which represents one of the most dramatic changes in urban planning in Europe’s history. This shift lends the city’s its unique aesthetic, marked by two contrasting architectural periods represented by the Old and New Towns of Edinburgh, and to which it owes its iconic skyline.

The Heart of Neolithic Orkney

The Heart of Neolithic Orkney is an archaeological site which marks the dawn of human culture in Europe, dating back at least 6,000 years. You’ll see here four incredibly well-preserved New Stone Age sites, including the iconic Ring of Brodgar, which all offer unparalleled insight into one of Scotland and Europe’s earliest civilisations.

This 18th century mill village of New Lanark was built to offer ideal working and living conditions for employees with homes, a school and even one of the first-ever kindergartens in the world! In fact, many of the features considered an essential part of a modern, civilised life were pioneered here. Learn more about the two men who founded and managed the site, and how their compassionate imagining of the capitalist system endures to this day.

The Antonine Wall marked the final frontier of the Roman Empire in the north. Stretching 60 km from coast to coast, this mighty fortification was built on the orders of Emperor Pius in 142 AD and was one of the most ambitious constructions of ancient times. Today, there are many places where you can see the remains of this sophisticated structure which was essential to the survival of the Roman Empire’s most northerly colony.

UNESCO’s most recent Scottish site is one of the most iconic bridges in the world. Spanning the Firth of Forth, this immense railway is considered one of the greatest feats of engineering ever undertaken in Scotland. The Forth Bridge is the world’s longest-ever cantilever bridge and, despite being built in 1882, still transports over 200 trains each day!

St Kilda is a secluded archipelago which has been left almost untouched by the modern world. It’s a dramatic landscape sculpted over millions of years by powerful geological, glacial, and oceanic activity, in addition to 2,000 years of human activity. Here visitors have the unique opportunity to trace the evolution of an isolated community which subsisted almost entirely off this rugged landscape for thousands of years until the 1930s.

What is a creative city?

The UNESCO Creative Cities Network was launched by UNESCO in 2004 to promote collaboration among cities, who’ve had creativity play a major role in their development. There are currently 246 cities around the world and Scotland is home to three.

Named UNESCO’s first-ever city of this kind, the written world touches every part of Edinburgh’s cultural life and history. Writers as diverse as Robert Louis Stevenson, Robert Burns, JM Barrie and JK Rowling have all found inspiration in its streets, gardens and landscape. It’s also the home of the world’s largest literary celebration – the Edinburgh International Book Festival, where thousands or writers and storytellers gather to celebrate their craft each August.

Glasgow is the first-ever UNESCO city of music. It owes this prestigious title to its burgeoning music scene – one of the largest and most accessible in the world. Boasting venues as diverse as the vast SEE Hydro to the legendary King Tut’s Wah Wah Hut, whatever your musical taste, you can be sure there’s a venue hosting a gig, concert or show that you won’t want to miss. You’ll find some of the UK’s most prestigious classical music and performing arts institutions, a plethora of independent music stores, and buskers performing daily on the city-centre streets.

Dundee is the UK’s first-ever UNESCO city of design and the home of comic book hero Desperate Dan, the hugely popular Grand Theft Auto video game and the V&A Dundee, the first Victoria and Albert Museum built outside of London. This compact city sits on the banks of the Firth of Tay where it has made major contributions to fields as diverse as biotechnology, tech and fashion. From the regenerated waterfront to the city’s Cultural Quarter, the city’s love for design is obvious throughout.

What makes the UNESCO Trail sustainable?

Like UNESCO, Scotland is a country which is dedicated to making the world a more sustainable place. This begins by making Scotland a sustainable place to visit, and the UNESCO Trail is part of this important journey.

We’ve tried to give you all the information you need to make responsible and sustainable choices when you are following Scotland’s UNESCO Trail. This will help preserve the environmental and cultural integrity of the sites and support the sustainable development of the communities which care for them.

How can you conserve UNESCO sites?

Practicing responsible tourism when following Scotland’s UNESCO Trail is one of the best ways you can help conserve our UNESCO designations.

But there are many other ways you can play a more active role. Organisations such as Historic Environment Scotland and the National Trust for Scotland work alongside UNESCO in preserving them. What’s more, they provide volunteer opportunities in some of Scotland’s most incredible locations; many of them UNESCO designations. 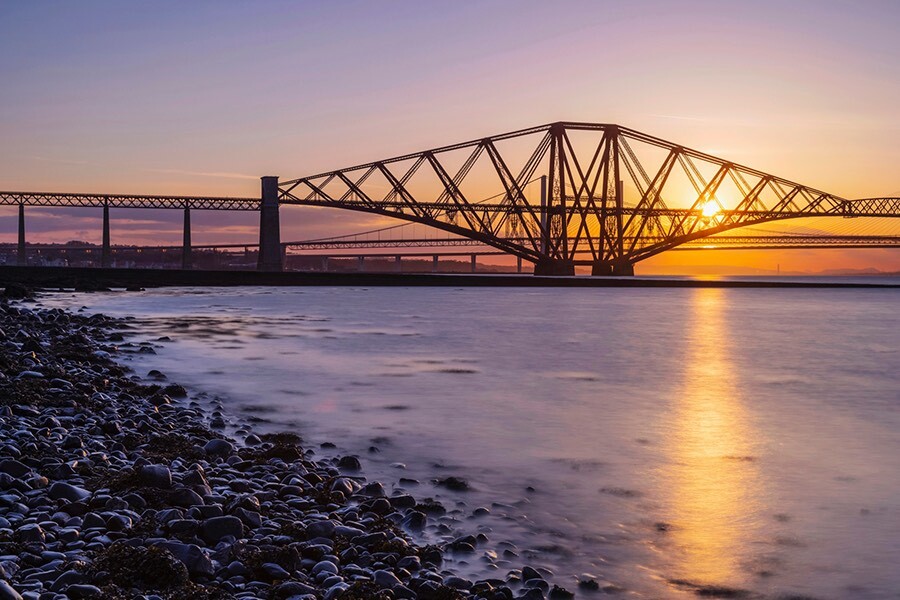 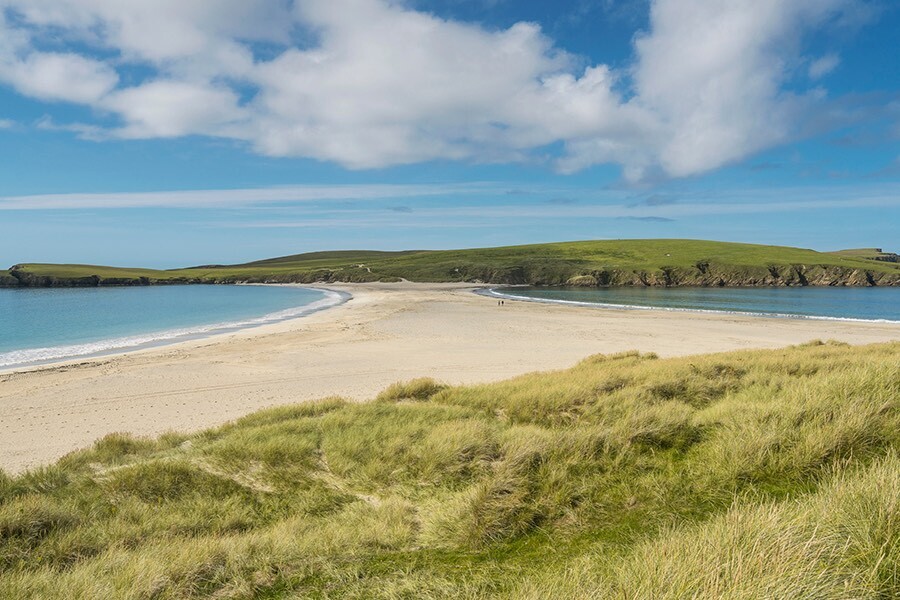 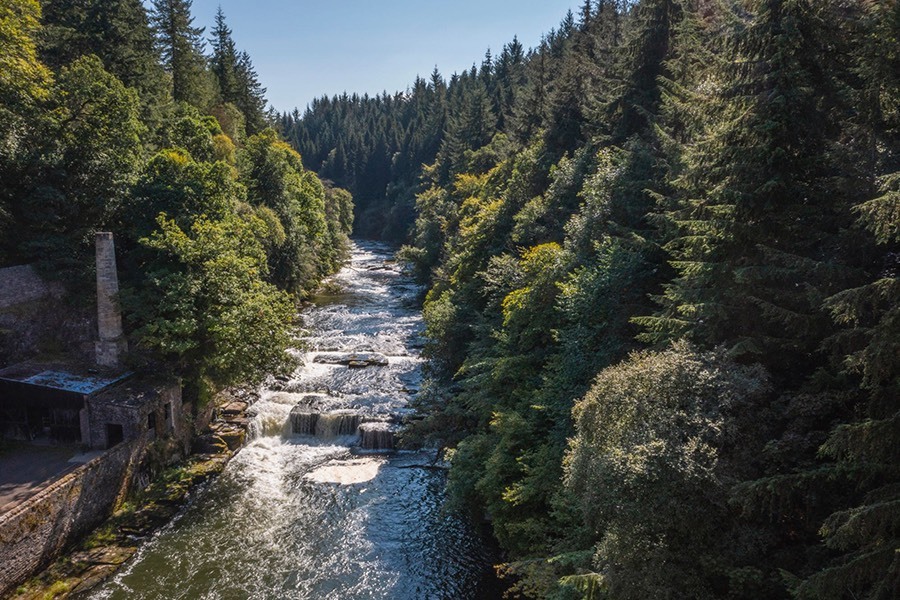 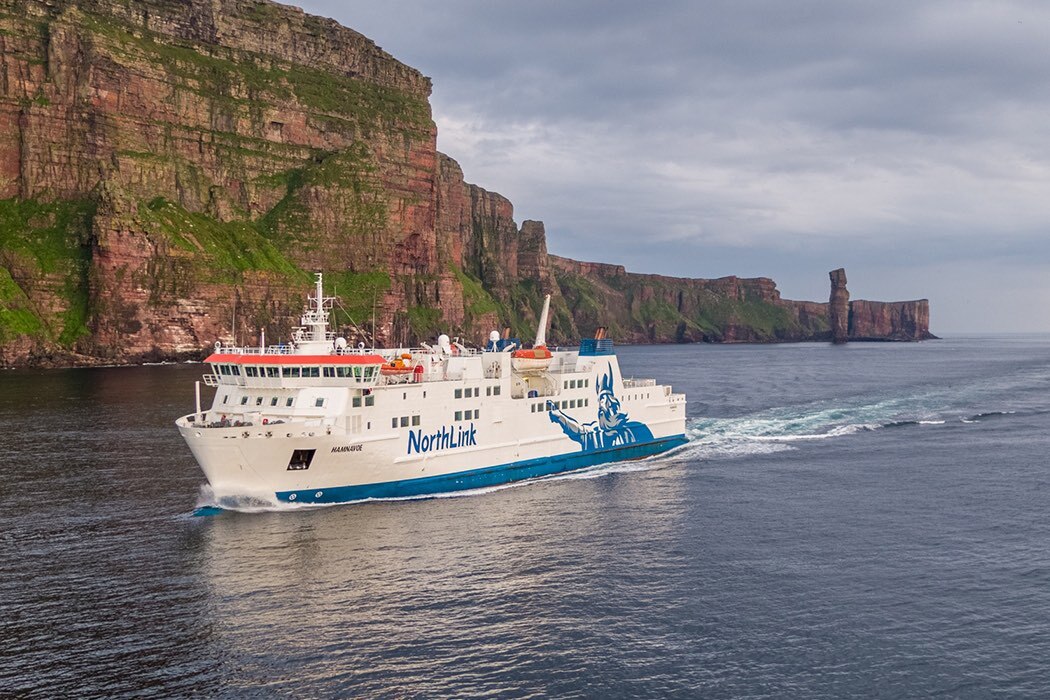