Want to discover more about your ancient clan connections? Here are some Scottish surnames and the places where you can walk in the footsteps of your ancestors.

Clan Bruce was one of the richest and most powerful clans in the 12th-14th centuries. It produced two kings of Scotland including Robert the Bruce, who led the Scottish army at the Battle of Bannockburn in 1314 that famously defeated an English army three times its size. 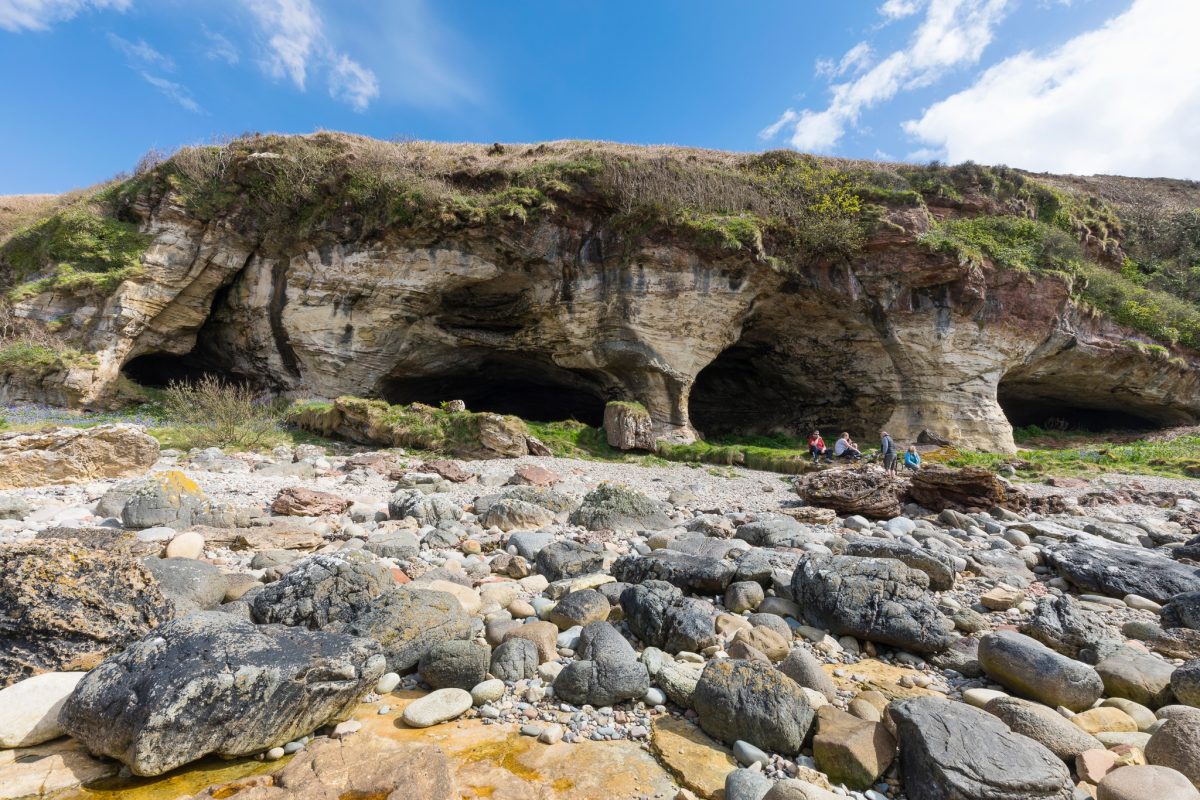 Legend says that Robert the Bruce hid from the English armies up a steep path above Kirtle Water, near Kirkpatrick Flemming. Within these gloomy walls, he watched a spider repeatedly attempting to spin a web, inspiring Bruce to continue the struggle for Scottish independence.

Walk in a legend’s footsteps at Bruce’s Cave 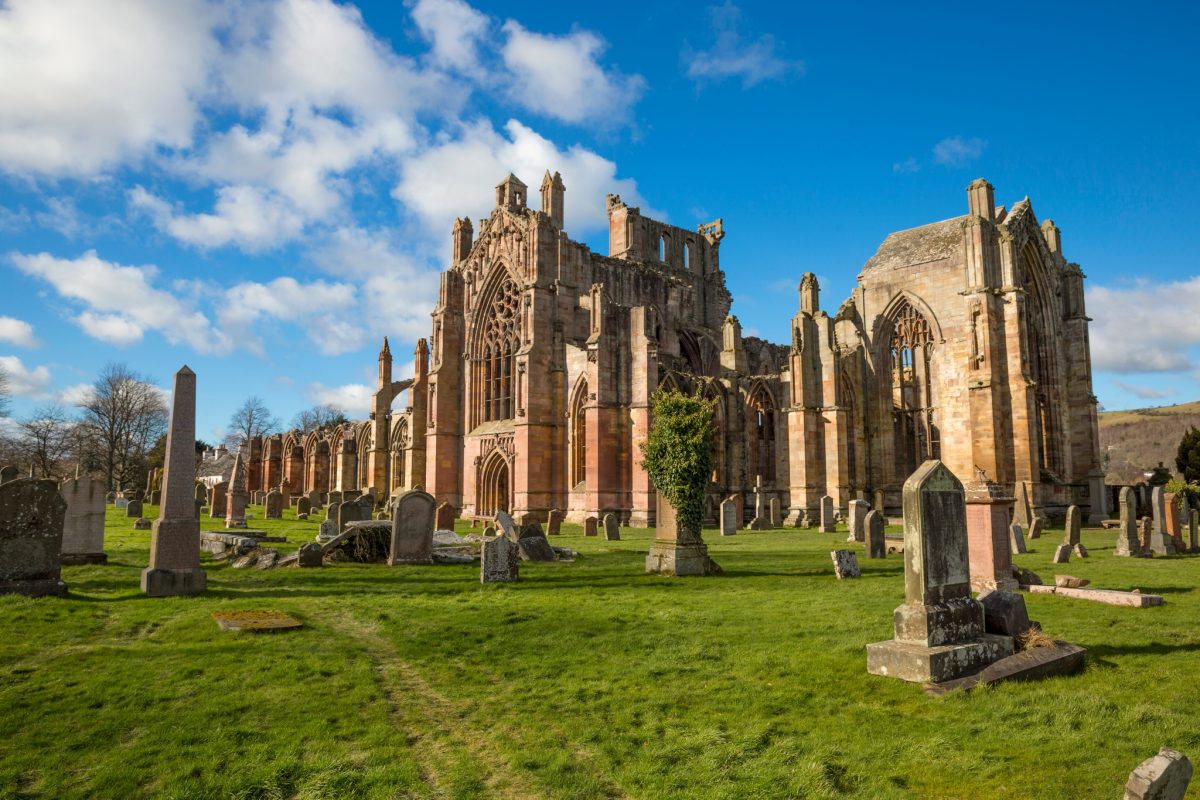 This mystic ruin in the Scottish Borders is the supposed resting place of Robert the Bruce’s heart, marked by a plaque in the grounds.

Immerse yourself in history at Melrose Abbey

Discover more about the Bruce Clan

Clan Campbell was one of the largest Highland clans, acquiring positions of power and becoming the major landowner in Argyll. By the 18th century, the family owned the lands of Inveraray, Rosneath, Kintyre, Tiree, Mull, Iona, Morvern, Lismore and Scammadale – so there are plenty of places to explore associated with this clan! 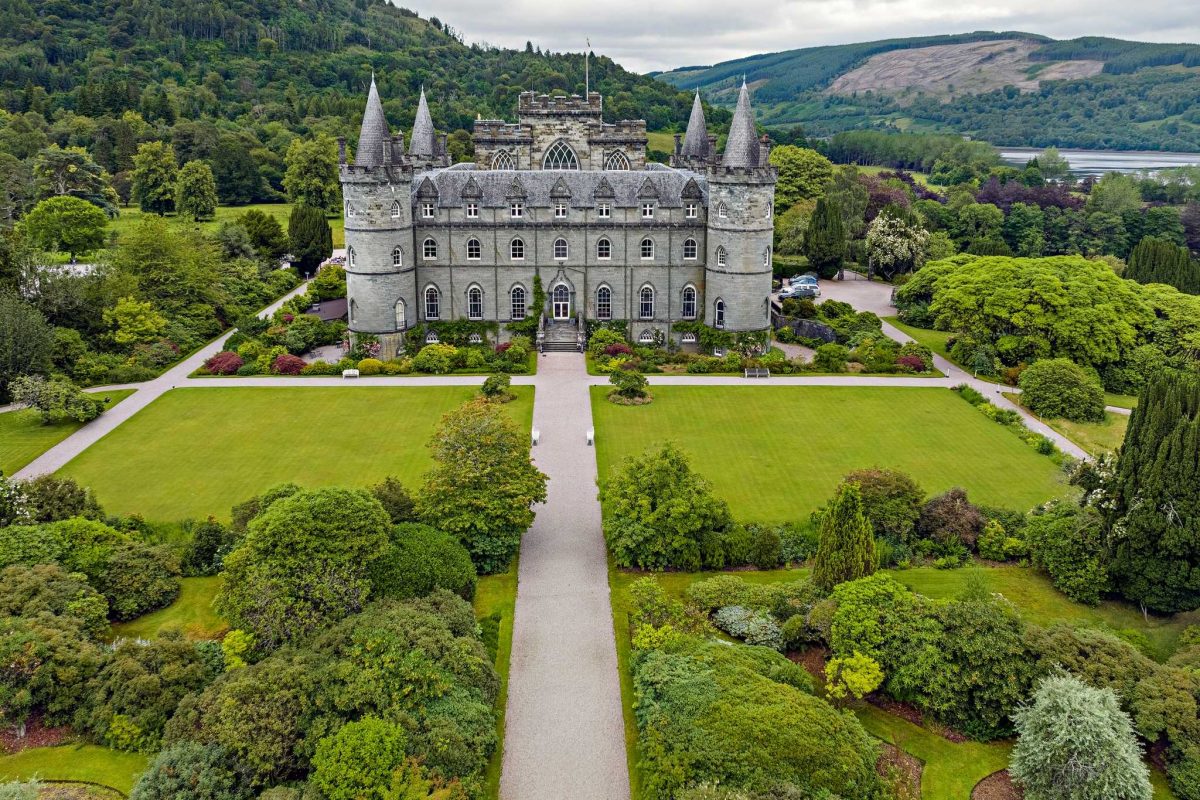 Get inspired by the fairytale façade of Inveraray Castle on the edge of Loch Fyne, surrounded by the rugged landscape of Argyll. You might recognise the ancestral seat of the Dukes of Argyll, Chiefs of the Clan Campbell, from TV shows A Very British Scandal and Downton Abbey.

Formerly known as the Castle of Glooms, Castle Campbell sits on a narrow bridge overlooked by the Ochil Hills. It was once the home of the powerful Campbell Earls of Argyll and has connections with historical figures including John Knox and Mary Queen of Scots.

Discover more about the Campbell Clan

A popular Scottish last name, the chiefs of Clan Donald, or Clan Macdonald, were the largest landowners for centuries and the most powerful lords in the whole British Isles after the Kings of England and Scotland. The clan controlled lands and waterways in the west highlands and the Hebrides and its ancient chiefs were known as “Lords of the Isles”. 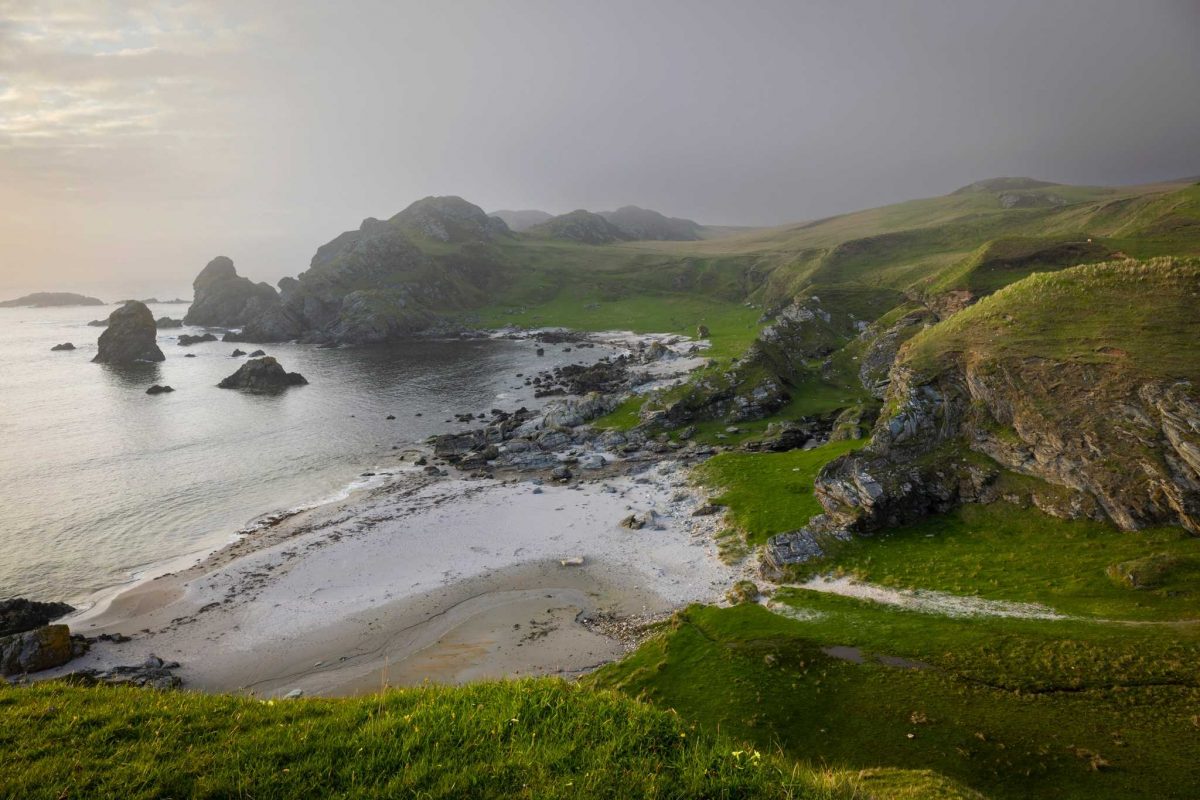 Islay is a wonderful place to visit if you’re exploring your Scottish heritage. The island is wild and beautiful, as well as being home to nine whisky distilleries! The ancient seat of Clan Donald, Finlaggan Castle, can also be found here. Today it is a ruin of crumbling walls and scattered stones, but a very atmospheric one that soon casts a mythic spell.

There’s a daily ferry from Kennacraig to Islay and once a week from Oban. You can also fly to Islay, with flights from Edinburgh, Glasgow, Colonsay and Oban.

Armadale Castle on Skye is the Clan Donald seat. As well as experiencing the romantic castle ruins, you can explore 1500 years of clan history in the award-winning museum, browse the library/archive and wander the elegant gardens. 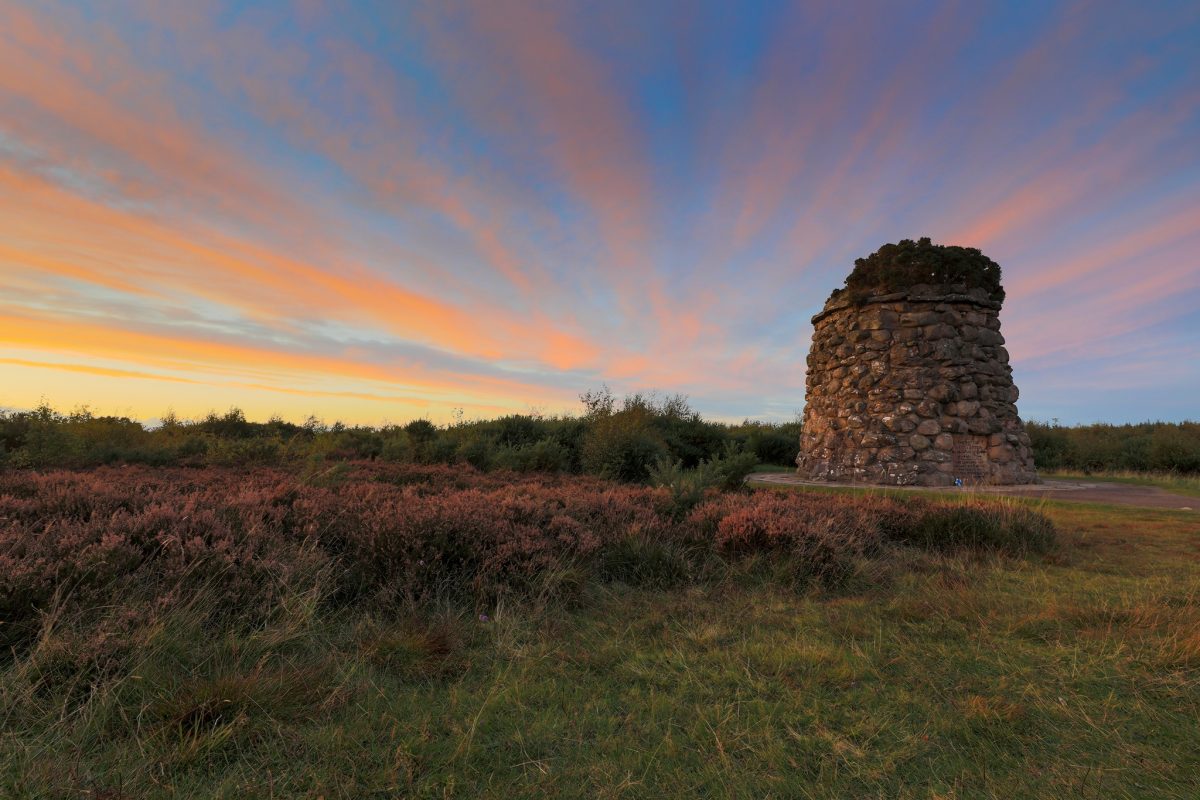 Clan Donald fought on the site of the Jacobites during the 1745-46 uprisings. A stone bearing the Clan Donald name can be found in Culloden, one of the most atmospheric and historic sites in Scotland. The visitor centre powerfully tells the story of the conflict and features a 360-degree battle immersion theatre.

Plan your trip to the historic battlefield

Discover more about the Donald Clan

Clan Fraser has two distinct branches, one in the Lowlands and one in the Highlands. Many members of Clan Fraser have distinguished themselves, particularly on the field of battle. They have defended Scottish lands against invading Danes and Norsemen, fought in the Scottish Wars of Independence, the Jacobite risings, both World Wars, and they still serve today. In more recent times, the historic novel Outlander by Diana Gabaldon features the fictional protagonist Jamie Fraser of Clan Fraser of Lovat. 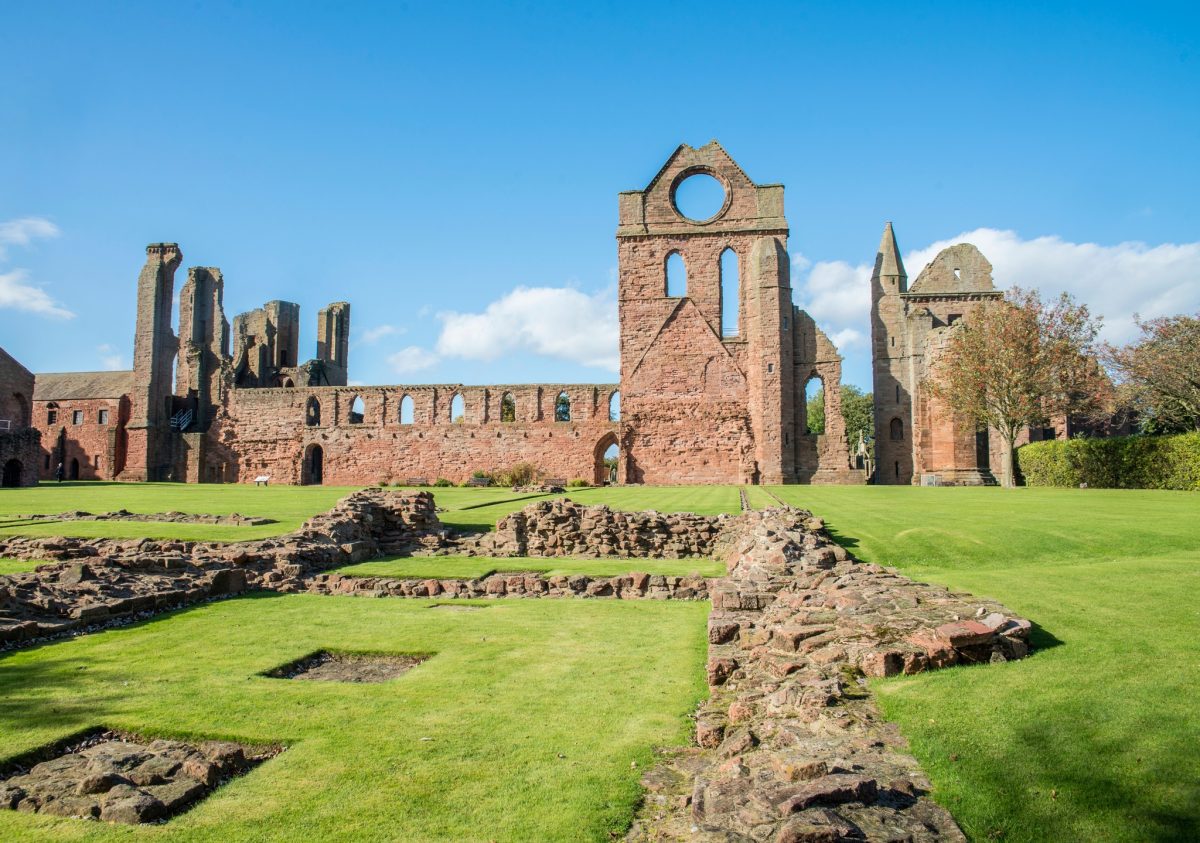 Sir Alexander Fraser married the widowed sister of Robert the Bruce in 1316, became Chamberlain of Scotland in 1319 and in 1320 was one of the signatories of the Declaration of Arbroath. Stand amid the ancient stones of Arbroath Abbey and learn about this vital moment in Scotland’s history.

All you need to know about visiting the Abbey 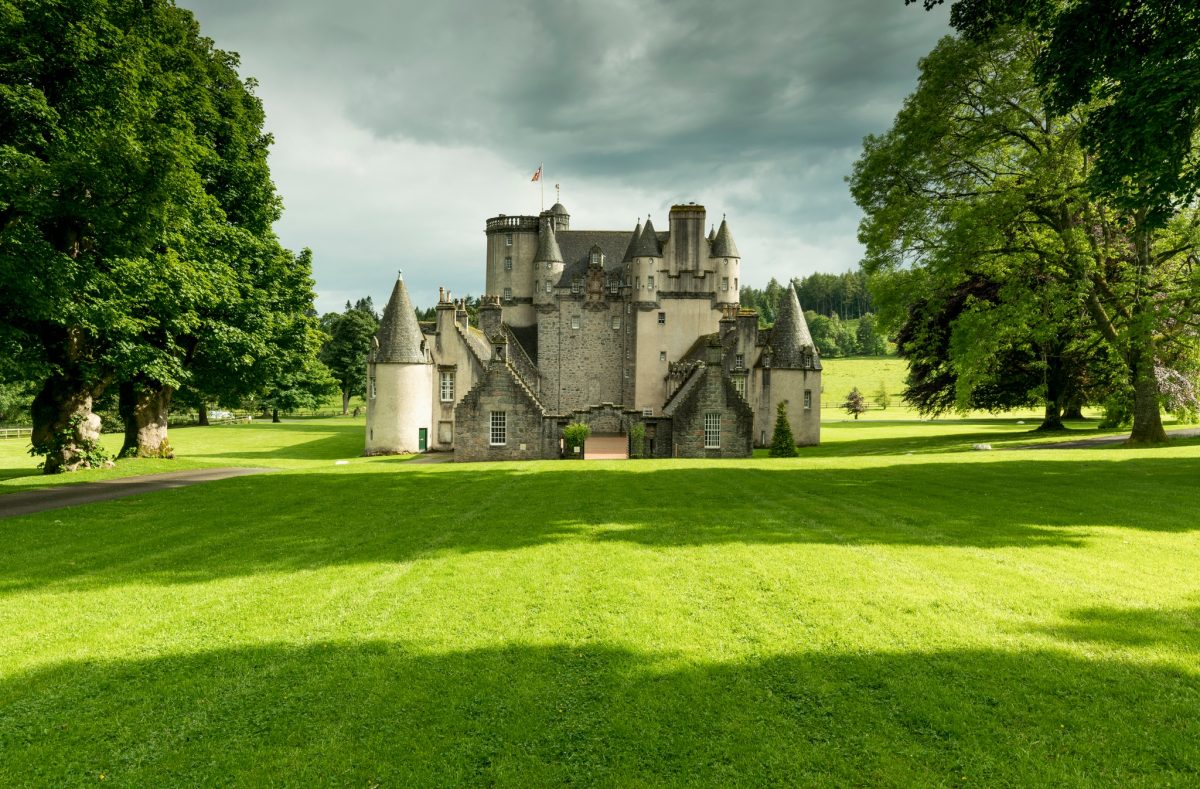 This beautiful baronial tower house was built by Michael Fraser between 1575 and 1636. It’s one of Scotland’s grandest homes and is open to the public. Experience Scotland like your ancestors and take a walk through the old woodlands nearby. 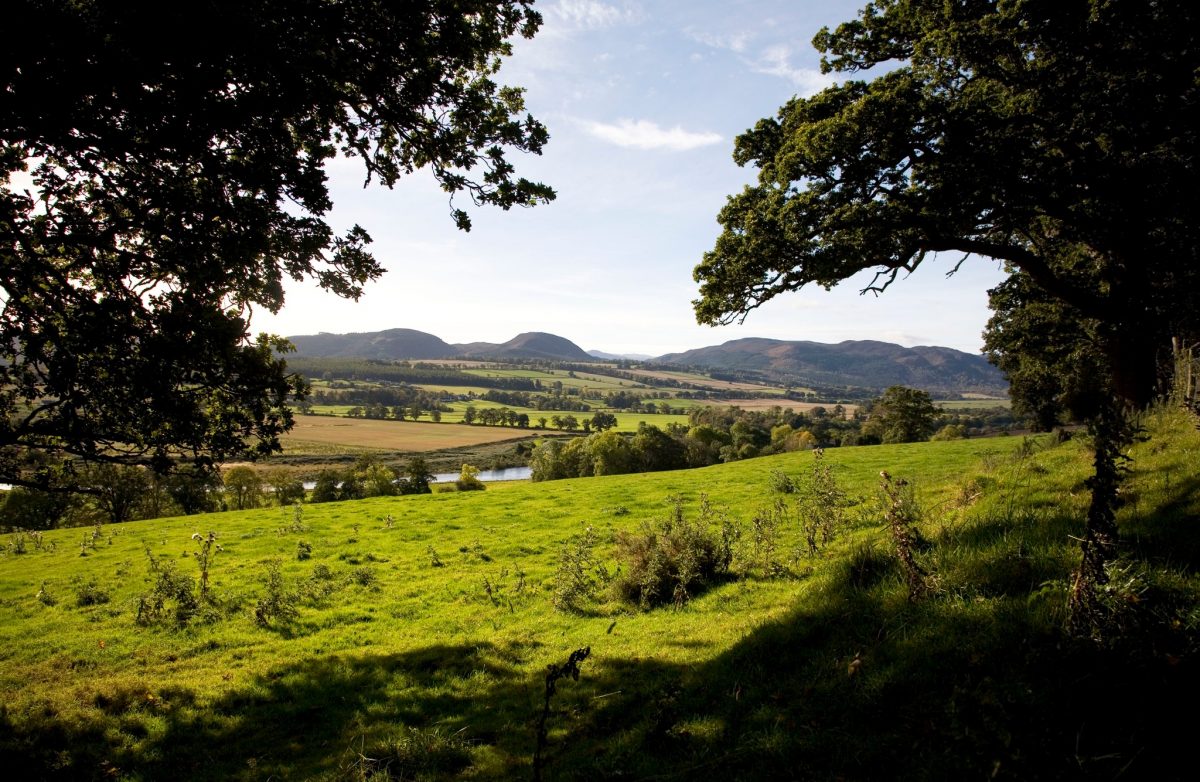 This village, 10 miles west of Inverness, is the heart of Fraser of Lovat country. Pause for a moment’s peace at atmospheric Beauly Priory, a setting in the Outlander series and where many of the clans’ chiefs were buried.

Experience the historic village of Beauly

Discover more about the Fraser clan

Clan Gregor is the clan of the legendary Rob Roy MacGregor, a soldier and cattleman in the 18th century who was branded an outlaw when he defaulted on a debt. After waging his own private blood feud with the Duke of Montrose he became a folk hero, thanks in part to the book written about him by Sir Walter Scott. The clan was also one of the first Scottish families to begin playing the bagpipes in the 17th century! 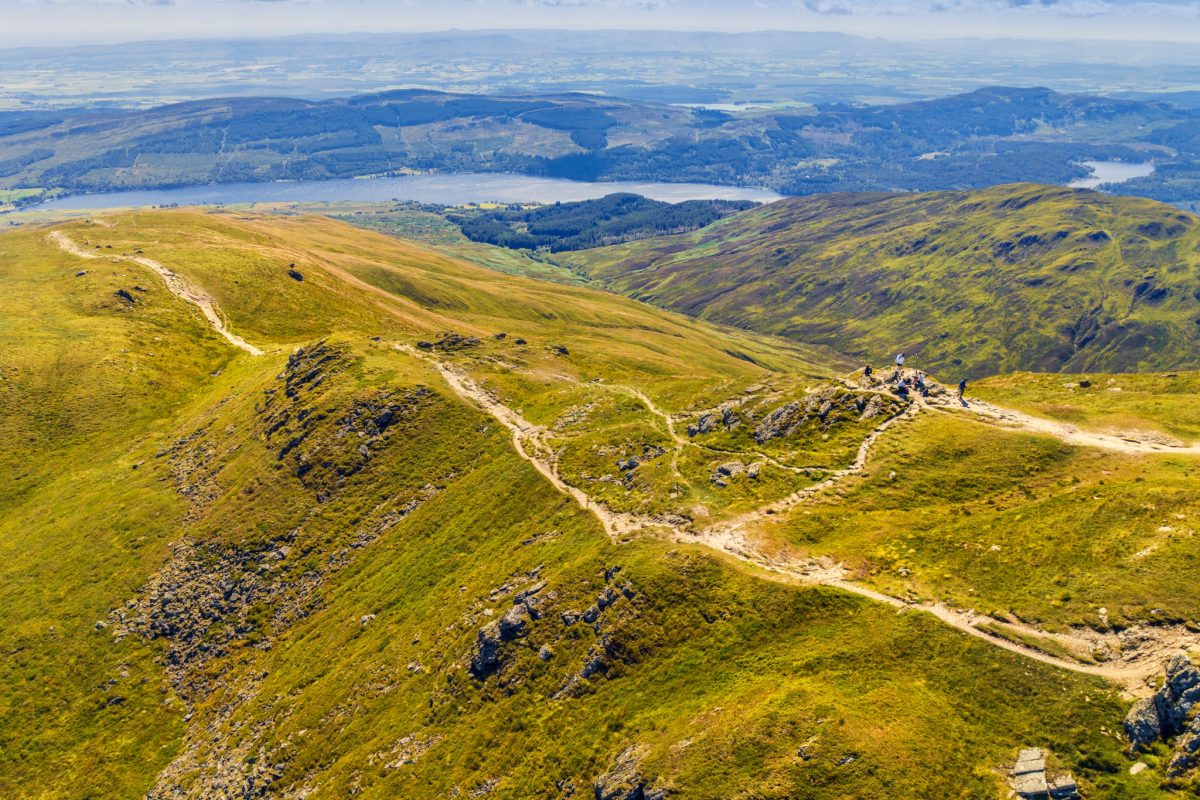 This beautiful area of lochs, woods and mountains was home to Rob Roy. It’s a romantic and atmospheric place to visit and you’re sure to come away inspired with a passion for the past.

Plan your lowland adventure in the Trossachs 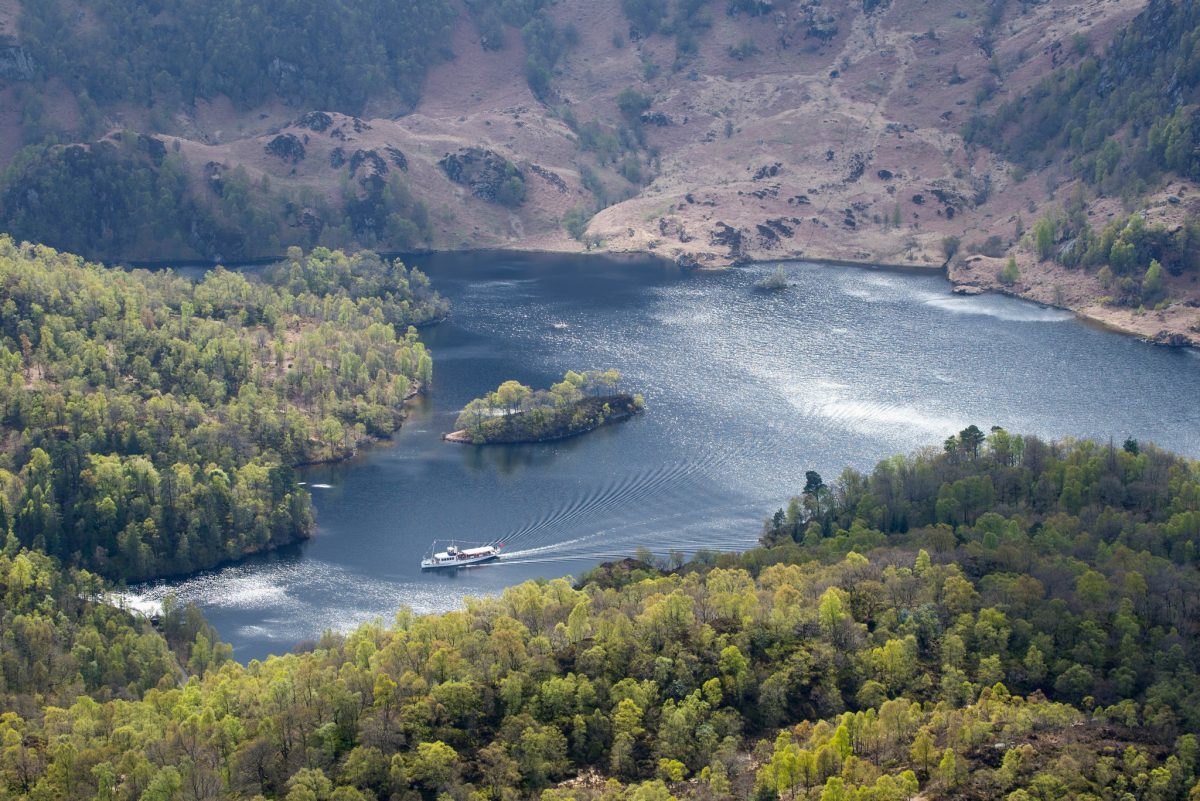 The northern shore of this serene loch in the heart of the Trossachs was Rob Roy’s birthplace – a small island in its centre is known as Rob Roy island. The beauty of the loch has long inspired literary figures, including Sir Walter Scott, Samuel Coleridge and William Wordsworth.

Book a cruise on the SS Sir Walter Scott

Discover more about the Gregor Clan

The members of Clan Mackenzie have roamed far and wide from their traditional homelands in Kintail and Ross-shire. Spectacular Eileen Donan was the clan’s original home, but their seat today is Castle Leod. The clan lands included the wild landscapes of Kintail, Torridon, Applecross and Assynt. 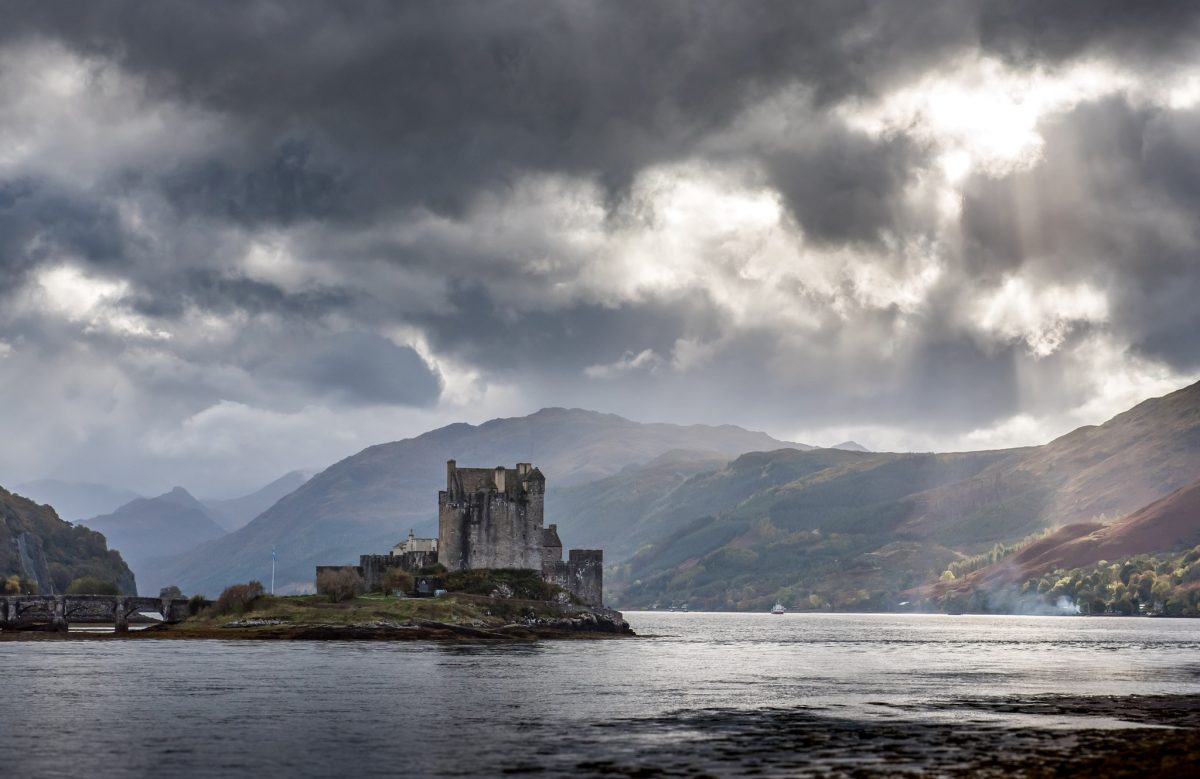 This is one of the most famous and spectacular of all Scottish castles – it’s worth a visit even without the Mackenzie connection! But if you are part of the clan then you can feel proud to know that Eilean Donan Castle was long held by the Mackenzies of Kintail from the 13th century onwards.

This unspoilt towerhouse in the Highlands is open for visitors on several days a year. It is also the inspiration behind castle Leoch, the seat and home of the laird of Clan Mackenzie in Outlander. 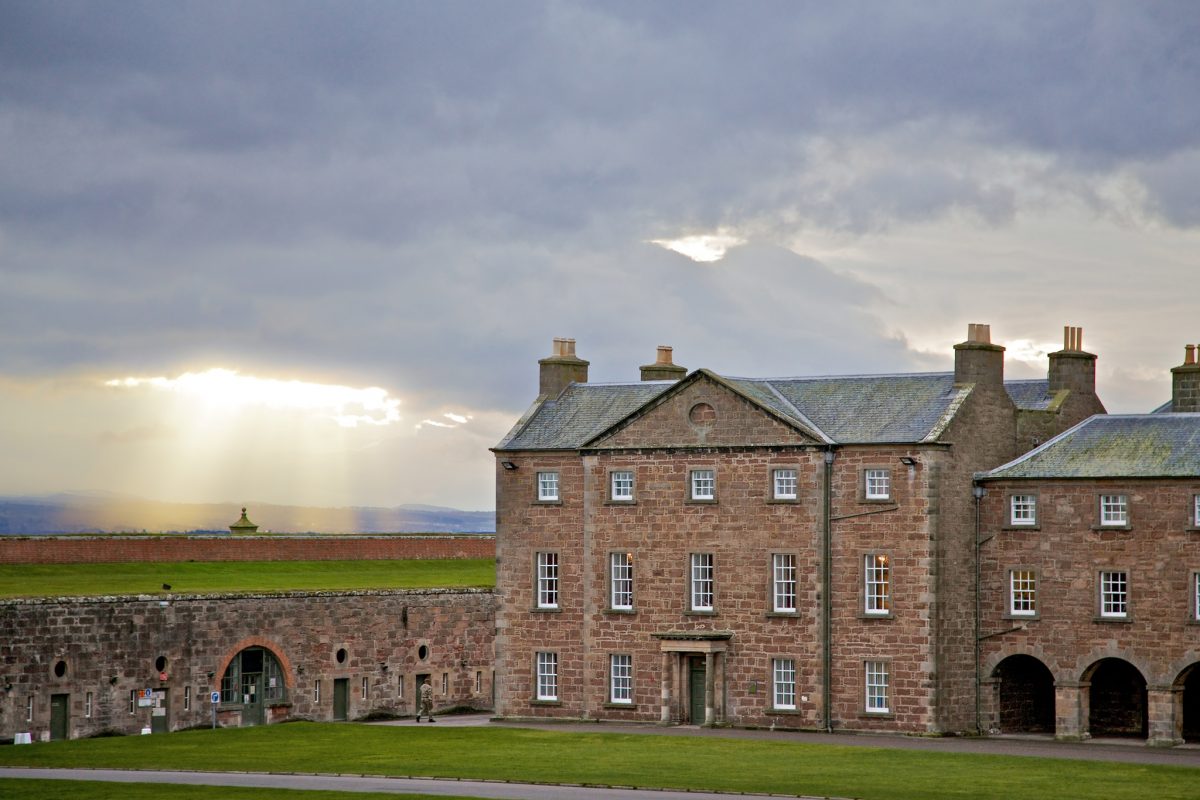 In 1778, three Mackenzie regiments were raised for the British Army, two of which were joined in 1881 to form the Seaforth Highlanders, who wore Mackenzie tartan and a stag’s head badge. The story of this historic regiment can be explored at the Highlands Museum at mighty Fort George.

Delve into the epic history of the Seaforth Highlanders

Discover more about the Mackenzie Clan

Famed for their skill as archers, warriors and bodyguards, the “wild MacRaes” were a clan feared and respected in equal measure. The lochs and mountains of Kintail were their realm, with spectacular Eileen Donan castle the clan’s home.

If you are touring the lands of Clan MacRae, visiting Eilean Donan castle – one of the most iconic images of Scotland – is a must. It featured in the movie Highlander and The World is Not enough and is a gathering point for MacRaes near and far. 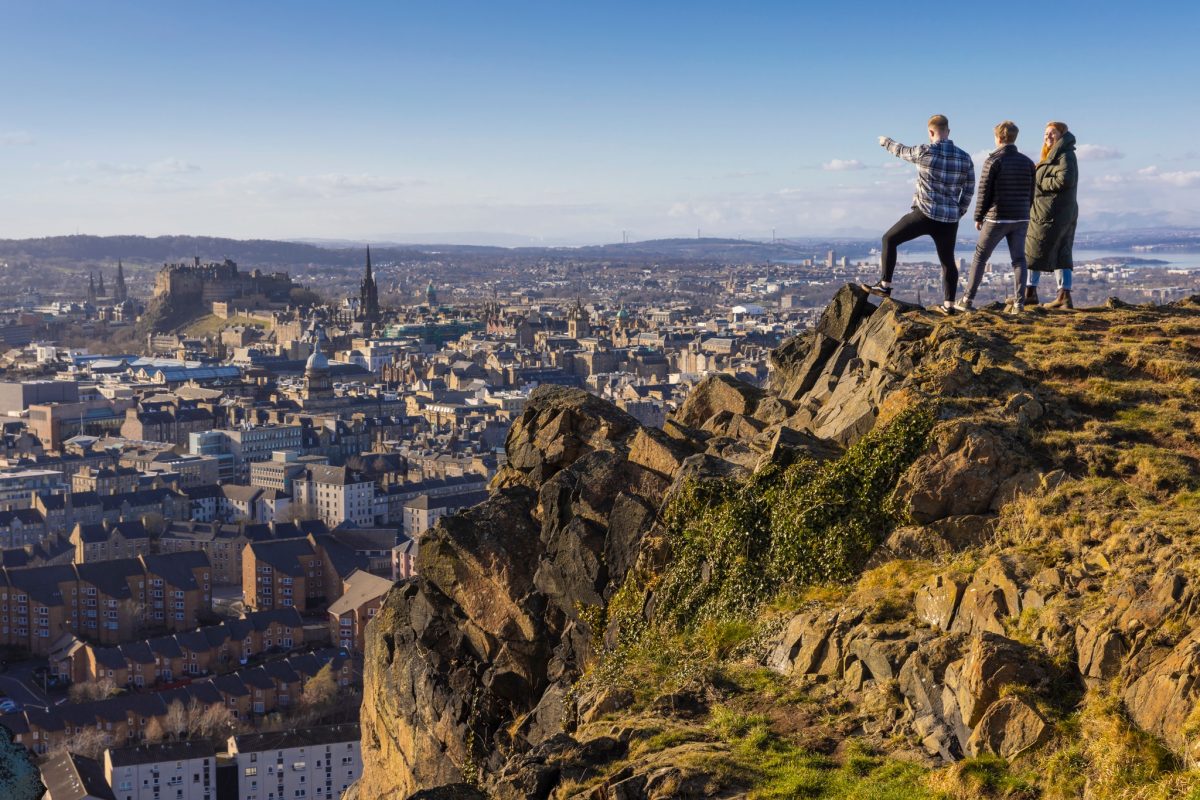 The MacRaes of the Kintail Battalion mutinied at Edinburgh Castle in 1778, believing that ships were lying off the Port of Leith to take them to India without their consent. They marched behind their piper down the High Street to Leith Links before returning and scaling Arthur’s Seat where they set up camp until a resolution was reached. Follow in their steps and look out for the path named in their memory, “Piper’s Walk”.

Plan your walk up Arthur’s Seat

Discover more about the MacRae clan

There are many Scottish clan names that are variations on the name Murray, including Moray, Murrie, Murry, MacMurray, Morrow and the Irish O’Murray, Murrihy, and O’Muireadhaigh. Famous family members include President Franklin D Roosevelt’s great-great-great grandfather and, in more recent years, Andy Murray. Clan Murray also maintains Europe’s only legal private army, the Atholl Highlanders, who take their salute at Blair Castle.

A post shared by The House of Bruar (@thehouseofbruar)

You won’t forget your visit to Blair Castle, complete with towers, turrets, twisting staircases and labyrinthine corridors. Admire the paintings and grounds as well as a fascinating collection of weapons, hunting trophies and souvenirs of the Murray clan. 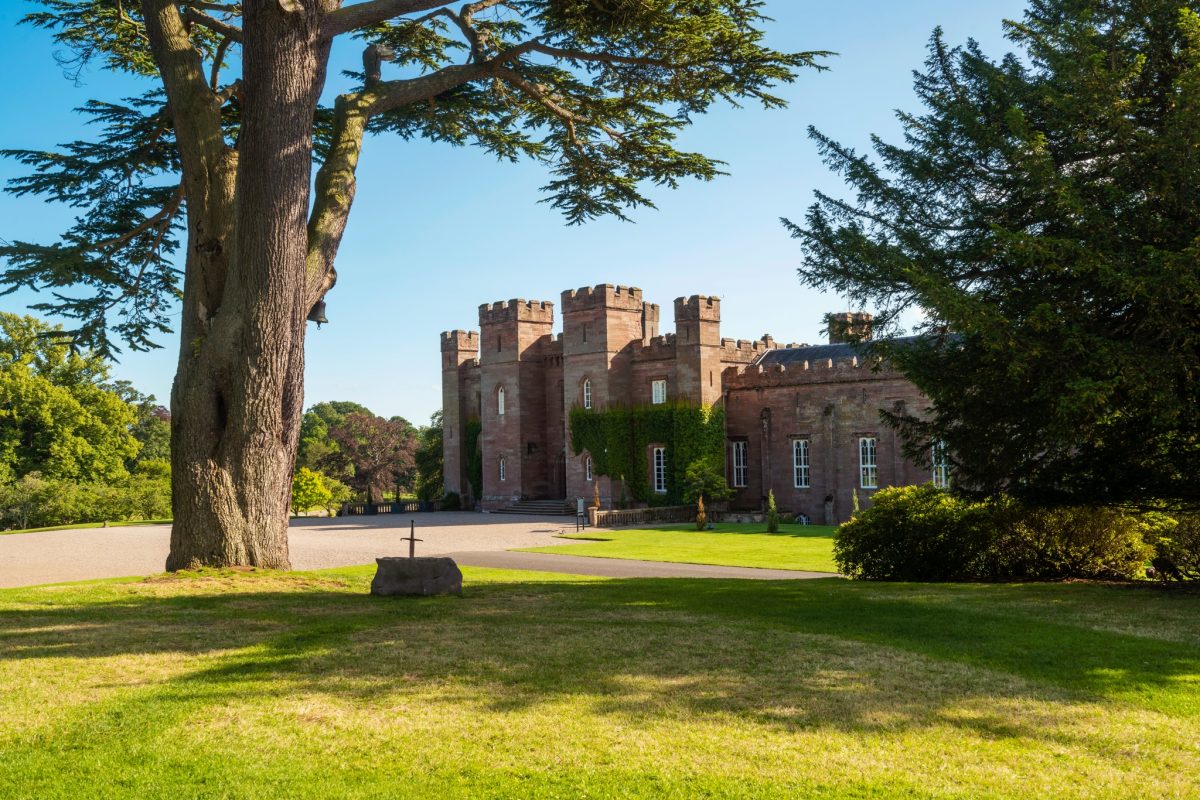 This magnificent historic house is one of the finest examples of late Georgian Gothic style. The kings of Scotland were inaugurated at Scone in ancient times including Macbeth, Robert the Bruce and Charles II. In the 1600s, the lands were granted to the Murrays.

Delve into history at Scone Palace 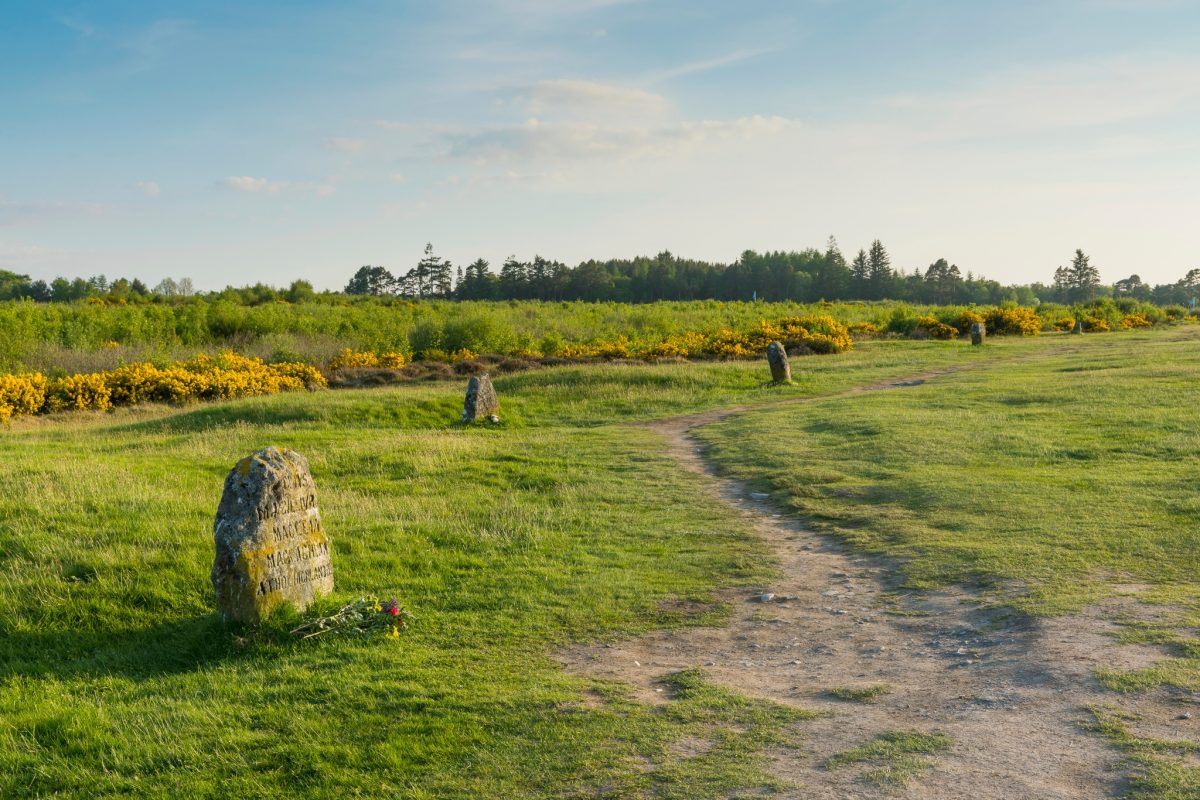 Lord George Murray was a talented general who led the Jacobite charge at the Battle of Culloden. Despite his military sharpness, the cause was defeated. You can learn all about how this tragic event affected the Murray family at the excellent visitor centre near the battle site.

Find out more about the Culloden experience

Discover more about the Murray Clan

The clan of the royal Stewarts ruled Scotland from 1371 to 1603 and included the reigns of Mary Queen of Scots and her son, James VI of Scotland and I of England.

The Stewarts have built and lived in some of Scotland’s most luxurious and formidable strongholds, including Stirling Castle, Edinburgh Castle, Linlithgow Palace, Falkland Palace, Castle Stuart, Castle Stalker, Traquair House, the Palace of Holyroodhouse, Craigmillar Castle, Mount Stuart and the Earl’s Palace in Kirkwall.

Get inspired and find out more about visiting Edinburgh 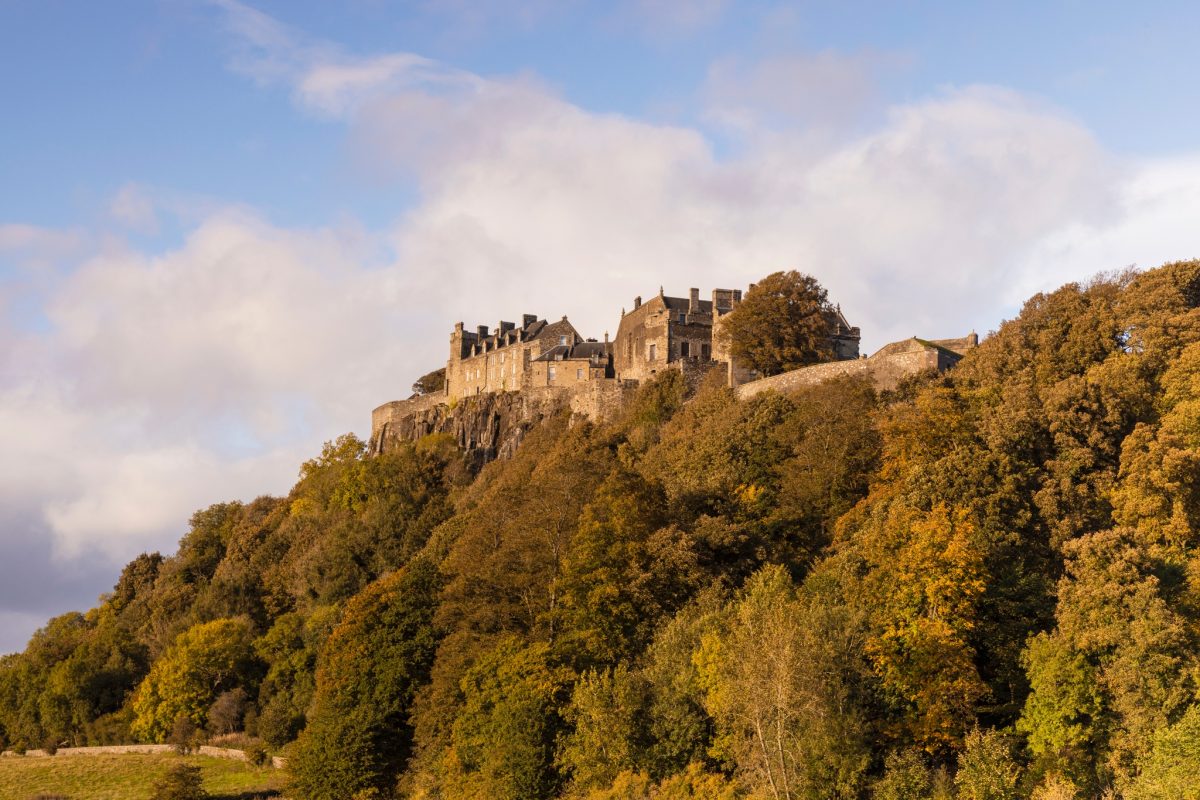 Stirling Castle was a favoured retreat of the Stewart monarchs and the childhood home of Mary Queen of Scots. It’s also only a short trip to the poignant site of the Battle of Bannockburn, where young Walter the Steward jointly led a division to victory.

Discover more about the Stewart Clan

The name of Clan Wallace is a Scottish history staple thanks to the legendary William Wallace, a freedom fighter in the late 13th and early 14th centuries during the Wars of Scottish Independence. The clan struck fear into their enemies with their famous war cry of “Freedom!” 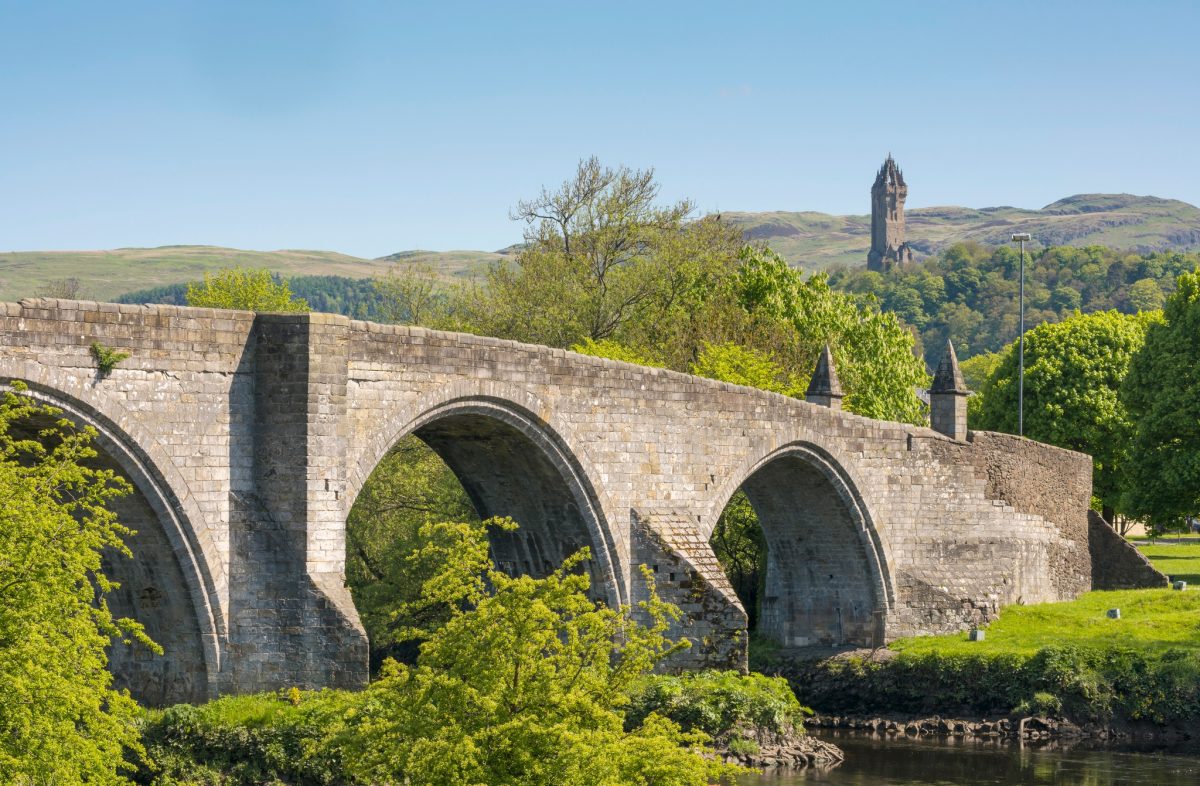 Perched on a lofty crag, this monument to the famous leader towers over the bend in the river where Wallace led the Scots to victory at Stirling Bridge. Inside, see the fascinating exhibits about Wallace including his famous sword. The view from the top is well worth the climb up the stairs!

Take a trip to the Wallace Monument

The glen is the site of the Battle of Rosslyn 1303, when Wallace and the brave Scots defeated a superior English force. Spark your imagination and walk in the footsteps of the legend with a trip to Wallace’s Cave, a supposed hiding place of Wallace and his men.

Explore the beauty of Roslin Glen

Discover more about the Wallace clan

Can’t find your clan name on the list? Take a look at our page on Scottish clans

9 Reasons Why You Should Visit Scotland In 2023