When one of Scotland’s most prolific chefs offers you some recommendations on where to eat in Scotland, it’s time to sit up and pay attention! 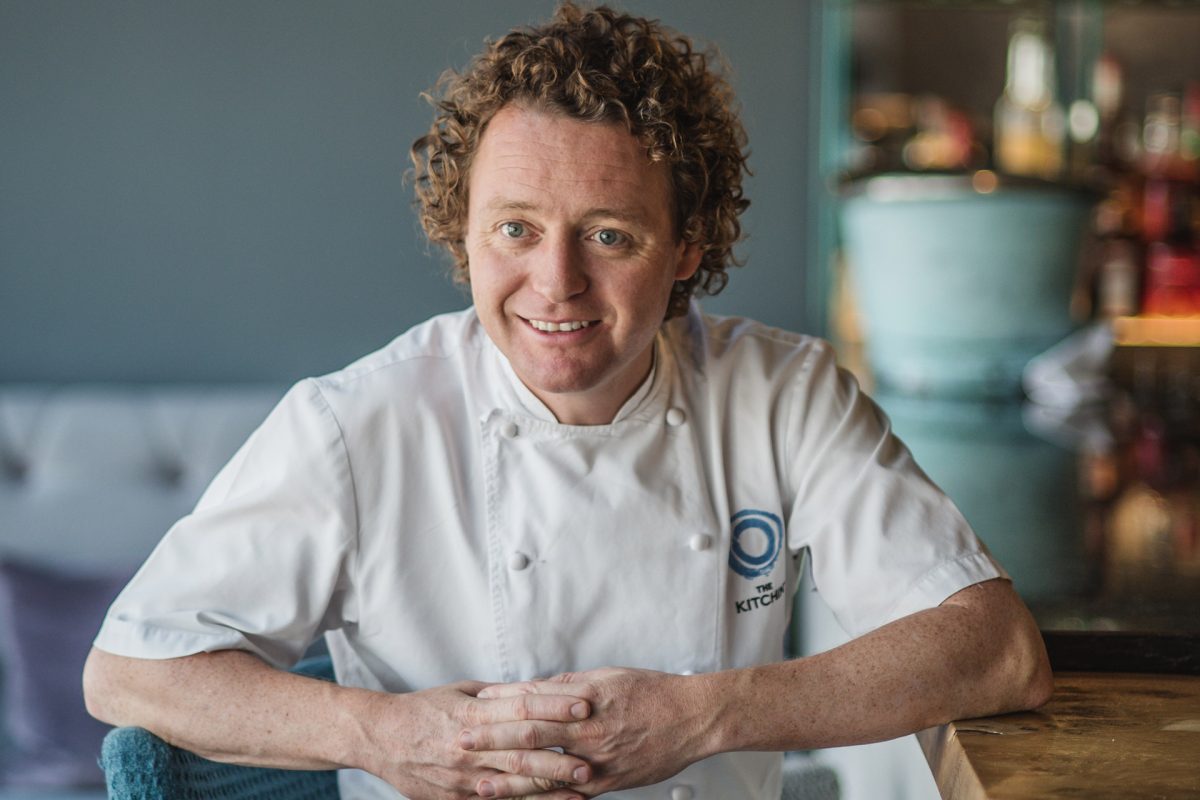 Edinburgh-born Tom Kitchin, and his wife Michaela, opened The Kitchin in Leith’s waterfront in 2006. A year later, at the tender age of just 29, the restaurant was awarded its first Michelin star and Tom became the youngest Michelin star recipient in Scotland. There are currently 10 Michelin-star restaurants in Scotland.

Tom’s ‘from nature to plate’ philosophy also underpins the values and the culinary flair at three further restaurants in and around the capital. The Scran & Scallie, Edinburgh’s leading gastropub, offers relaxed dining with amazing Scottish ‘scran’ and excellent beers, in a cosy setting that’s perfect for the whole family. Welcoming bistro, Southside Scran (temporarily closed), offers amazing dishes and outstanding service in stylish Stockbridge and the Bonnie Badger in Gullane is a five-star restaurant and pub with rooms, serving exquisite food in smart surroundings. 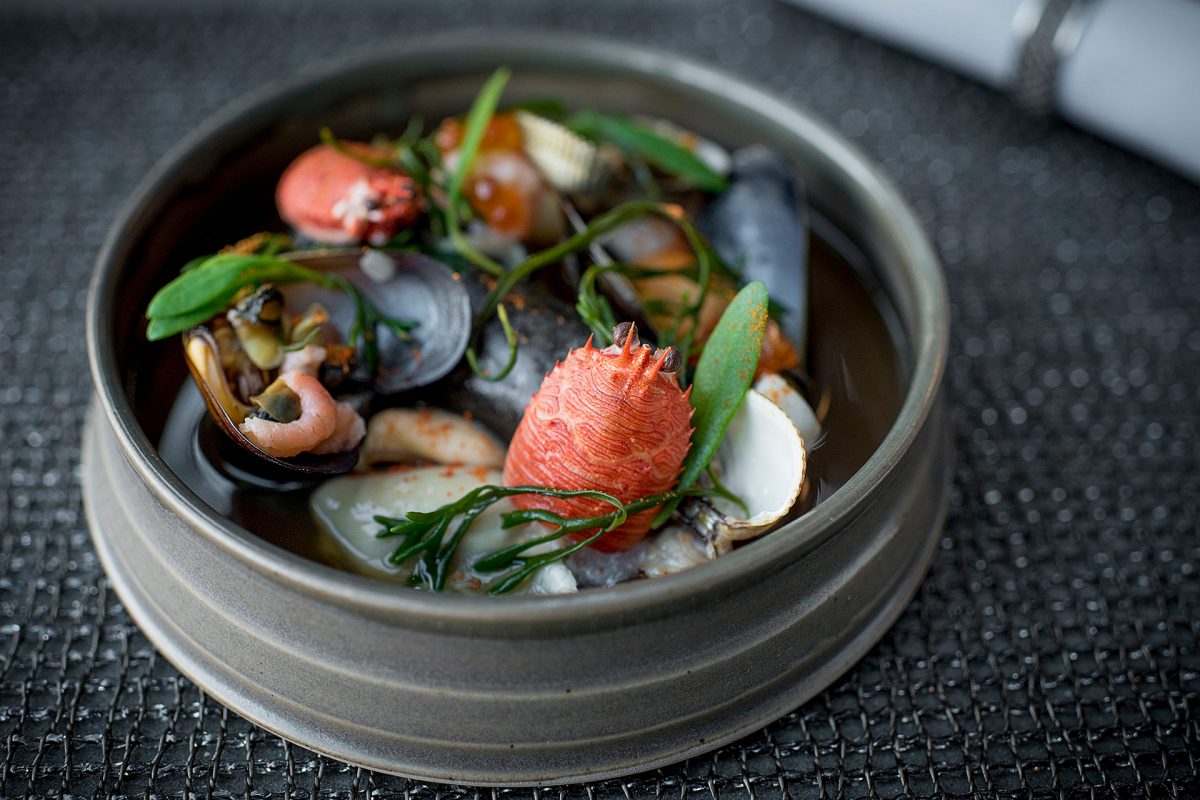 Tom has become a distinctive face on popular TV programmes such as BBC TV’s Saturday Kitchen, MasterChef and Great British Menu and he has written four excellent books, showcasing some fantastic recipes for home cooking.

So, where does one of Scotland’s top chefs choose to eat, when he’s not creating culinary masterpieces? Here’s what Tom had to say when we caught up with him recently:

My gastronomic odyssey starts over in the west Highlands, in the historic village of Stein, which is the stunning setting for Loch Bay Restaurant. The team here are passionate about sourcing ingredients locally and sustainably. After a Michelin-star triumph only 18 months after opening in 2016, kitchen maestro Michael Smith (also no stranger to BBC TV’s Great British Menu) works wonders with Scottish produce. The relationship between chef and supplier is so important – Michael goes straight to the boats to visit the fishermen in the morning and chooses the restaurant’s fresh fish himself.

The Bay Fish and Chips, Aberdeenshire 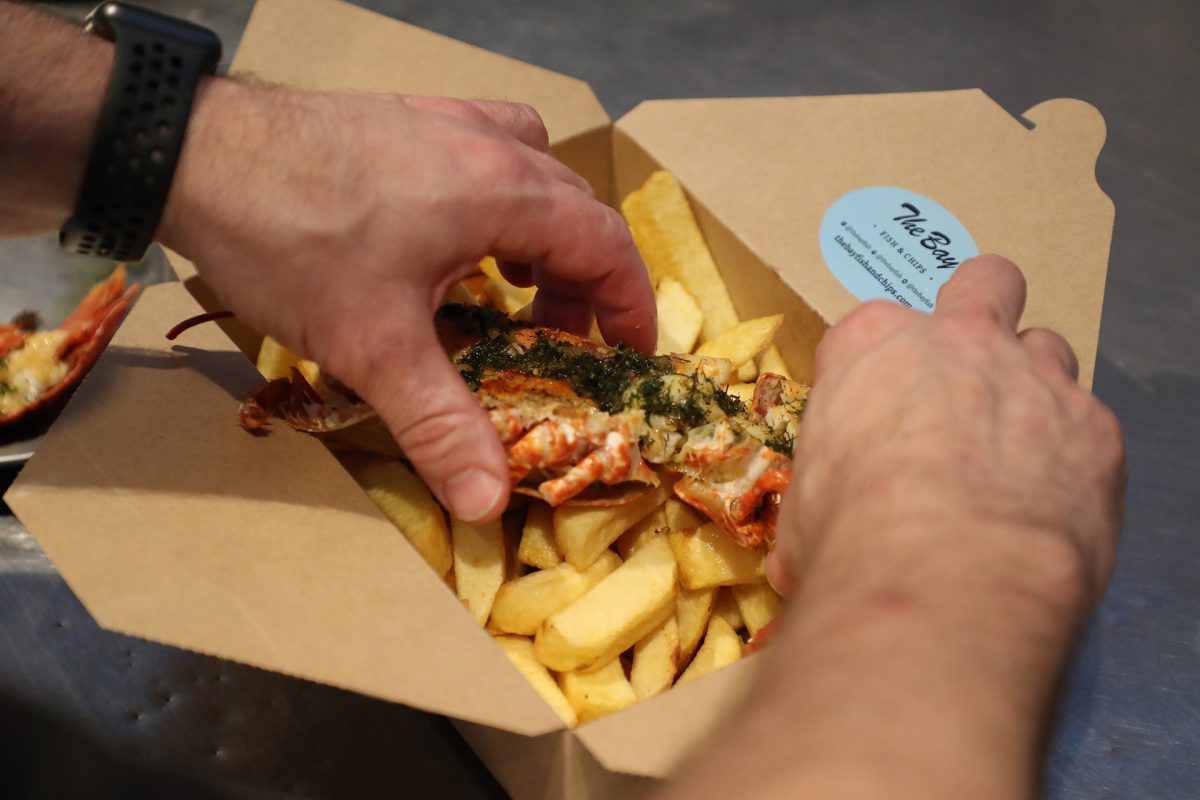 Over on the east coast, this popular fish and chip shop on Stonehaven’s seafront is run by Calum Richardson and has won multiple awards for its locally sourced, sustainable fish. Everything here is cooked fresh and taken straight from local fishing boats. The shop looks right over the sea so it’s the perfect setting to sit and relax while you tuck into your fish and chips. They serve anything that’s been caught that day, including langoustine, haddock, crab and their famous fishcakes.

If I wanted to arrange a trip for a really special occasion, I would go straight to Monachyle Mhor. It’s a beautiful house set in the wilderness, and not too long a drive from Edinburgh or Glasgow. The setting is astonishing – tucked away in the mountains of Balquhidder Glen, overlooking lochs Voil and Doine, it provides a great sense of escapism. The restaurant there, headed up by Executive Chef Marysia Paszkowska, really makes the most of the land around it. The ingredients are exceptional, with venison sourced from the surrounding hills and all vegetables, fruit and herbs grown in the kitchen garden. The best part is that after a fantastic dinner, you can go straight upstairs to your room for a contemporary, stylish stay, which still feels like a home away from home. 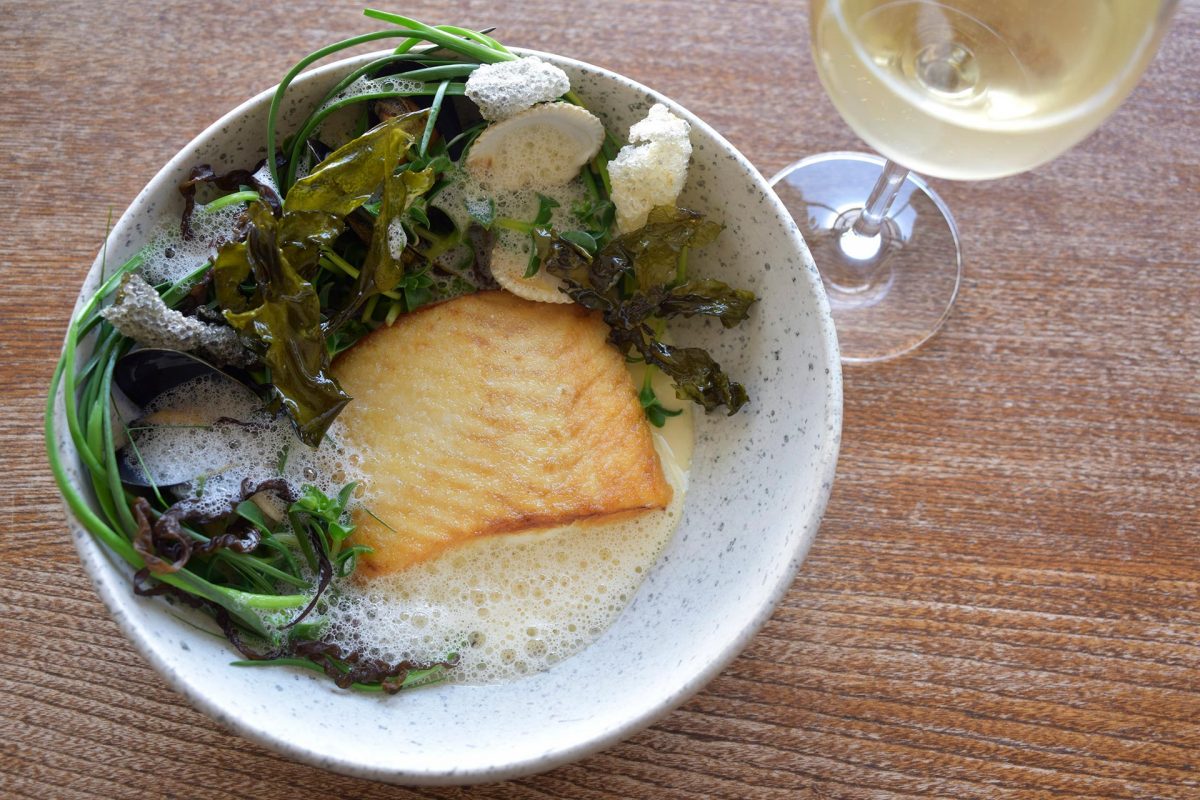 A little further west from Monachyle Mhor and nestling gently on the quiet eastern shore of fjord-like Loch Fyne, you will find Inver. Cooking with the area’s best wild and farmed ingredients, you can sit on the banks of the loch and enjoy a set four-course menu that changes with the seasons. You really get the sense that chefs, Pam Brunton and Rob Latimer, have learned a lot through their travels and they use their culinary mastery to showcase the best in Scottish produce and cuisine. Inver may be a tiny site in the wilds of Argyll, but it’s definitely worth making the trip for.

Andrew Fairlie was one of the UK’s most celebrated chefs, and his Andrew Fairlie at Gleneagles restaurant at The Gleneagles Hotel is the only in Scotland to have two Michelin stars. This grand hotel, south-west of Perth, holds many great memories for me having worked there in my early career. I am a huge admirer of Andrew Fairlie’s work.

The Gannet in Glasgow 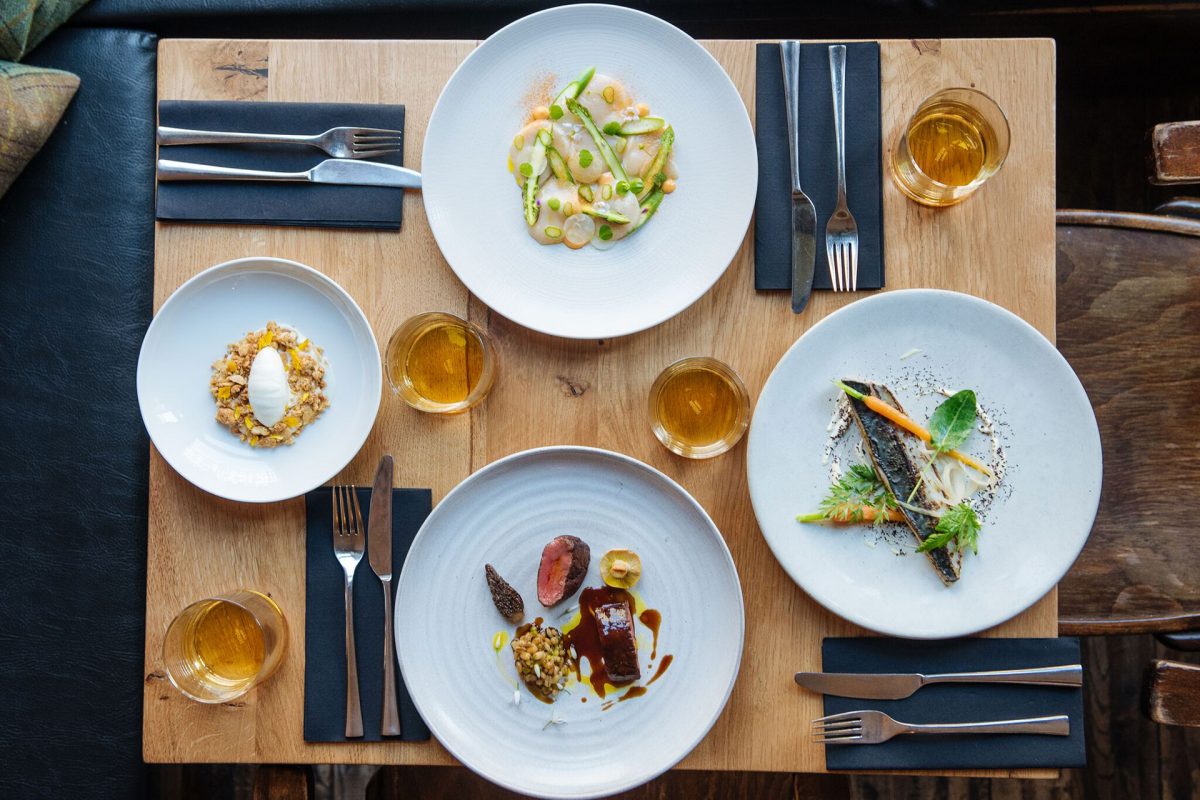 Exquisite dishes from The Gannet, Glasgow

This is a cool little place in Finnieston, Glasgow – an area that’s becoming a real hotspot for great food. Co-owners Peter McKenna and Ivan Stein and their team at The Gannet really embrace Scotland’s natural larder with the menu changing continually with the seasons. It always has a buzzing atmosphere and the service is fantastic. It really puts Glasgow on the food map of Scotland. The most memorable dish I’ve eaten there? Definitely some amazing scallops – they were packed with flavour!

Not far from The Gannet in Finnieston, Crabshakk is a restaurant serving incredible seafood. It’s starting to become an institution and is very popular, and for good reason! They focus on no-frills, honest cooking, which is full of flavour, so it’s a great place to go with family or friends and crack into a few of their whole brown crabs. 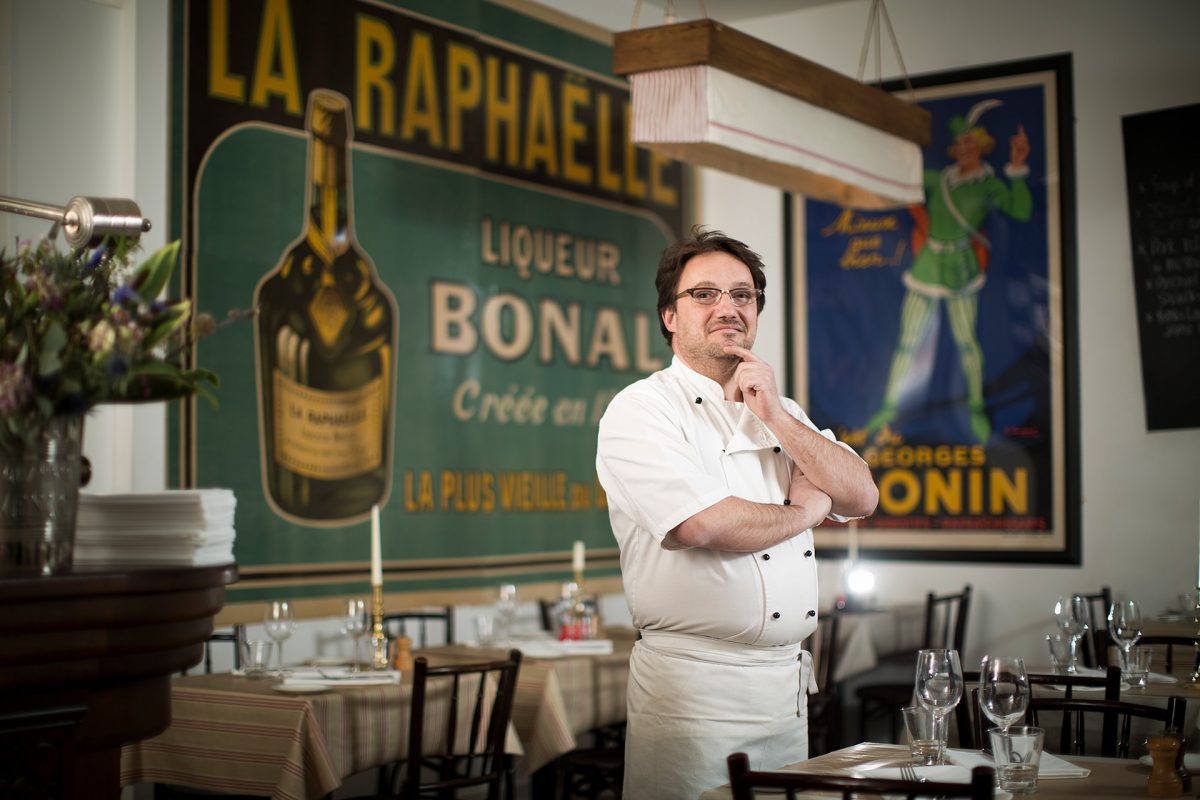 One of my favourite restaurants in Edinburgh is L’Escargot Bleu. Founded by Fred Berkmiller, a Frenchman who has lived and worked in Scotland for many years, this restaurant symbolises everything that’s great about the ‘Auld Alliance’. When you enter, it’s as if you’ve walked into a bistro in the backstreets of Paris. All of the food is cooked with classic French techniques, using Scottish ingredients. They serve a fantastic cassoulet with Scottish meat, as well as a perfect Pâté de Campagne.

Staying in my hometown, Ondine in Edinburgh’s city centre is a fantastic seafood restaurant, sourcing seafood and shellfish from Scotland’s east coast. Head Chef Roy Brett has managed to find the rare balance of serving exquisite, elevated food in a really relaxed environment. Recently winning the Best Restaurant in Scotland 2018 award at the National Restaurant Awards, Ondine is a great spot for a grown-up night out. I love sitting at the bar counter with my wife, Michaela, for some oysters and their hot shellfish platter, washed down with a crisp glass of champagne.

About 40 minutes’ drive outside of Edinburgh, Lobster Shack (closed until March 2022) is located right on North Berwick’s fishing harbour – so you know that the fish they use is of a really high standard. It’s a tiny shack, cooking freshly-caught fish just as you like it, right before your eyes. It’s developed quite a reputation over the years, which is well deserved. It’s mainly open during the spring and summer months, so don’t miss out on this wee gem if you’re in the area.

Check out our 9 Top Scottish Food Experiences blog where you can find out more about Scotland’s seafood gems, prestigious restaurants, sweet treats and much more.

15 of The Best Places To Get Ice Cream In Scotland